From painting flash, to gathering and curating reference material, to working in wholly different media, tattooists have always been practitioners whose practices do not start or stop at the studio. With this in mind, TTTism is pleased to present a series of features on the work that tattooists do when they’re not tattooing—or, in other cases, when tattooing is only one component of a larger artistic production. We begin with a two-part feature on the work of Michele Servadio, a London-based artist who specializes in performance, print, and aural media. This week, we offer some selections from Servadio’s 2015 project, Sizing Grounds. Next week, we chat with Servadio about his latest project, Body of Reverbs.


DESCRIPTION BY THE ARTIST:
Co-opting and repurposing the deteriorating post-industrial environment, Sizing Grounds makes an intuitive, psychologically potent connection between corrosion and beauty, decay and romanticism, juxtaposing readymade surfaces, textures, patterns and physical objects from a shattered, man-made landscape and intuitively manipulating them in order to create compelling monotype images – a kind of ‘printmaking of the 21st century urban psyche’.

Using objects such as ropes, fencing, netting, glass, panelling, metallic shards, crowns of wire, etc., this is work that locates psycho-geographic significance amid obsolete utility. It also hints at anthropomorphism, the environment’s superficially defunct factories and machinery still faintly alive: their many patched layers telling of long-sustained lives, their skirts of toxic, time-scarred detritus gathered about them like belongings. Despite a moribund mien, they continue to usher forth a too-easily overlooked aesthetic richness.

Inspired by the rusting, dripping, crumbling, barbed wire-festooned former factory landscape of Hackney Wick, in East London, this work treats the material realm as an aesthetic instrument in and of itself and feeds off the many compel- ling collocations found in this very particular post-industrial epicentre. Focusing on the tensions and divisions between definition and blurredness, loudness and quietude, the weathered and gentrified, the accessible and the forbidden, Sizing Grounds navigates a compelling path that oscillates between analysis and intuition, seeking to exhume buried meanings from an apparently de-engaged zone.

That sense of ‘division’ is also played out in the chosen mark-making process itself – the, sometimes extreme, separation between the concrete objects and the printed imagery they make with their surfaces reflecting the dichotomy that is at the core of the project. Similarly, there is a bifurcation between human/aesthetic intent and pictorial outcome, courtesy of the unpredictable, essentially aleatory nature of the monotype process. This absence of complete human control allows the images a kind of uncanny autonomy, again chiming with Sizing Ground’s principle concern, wresting visceral resonances from an environment all too apparently shorn of meaning. 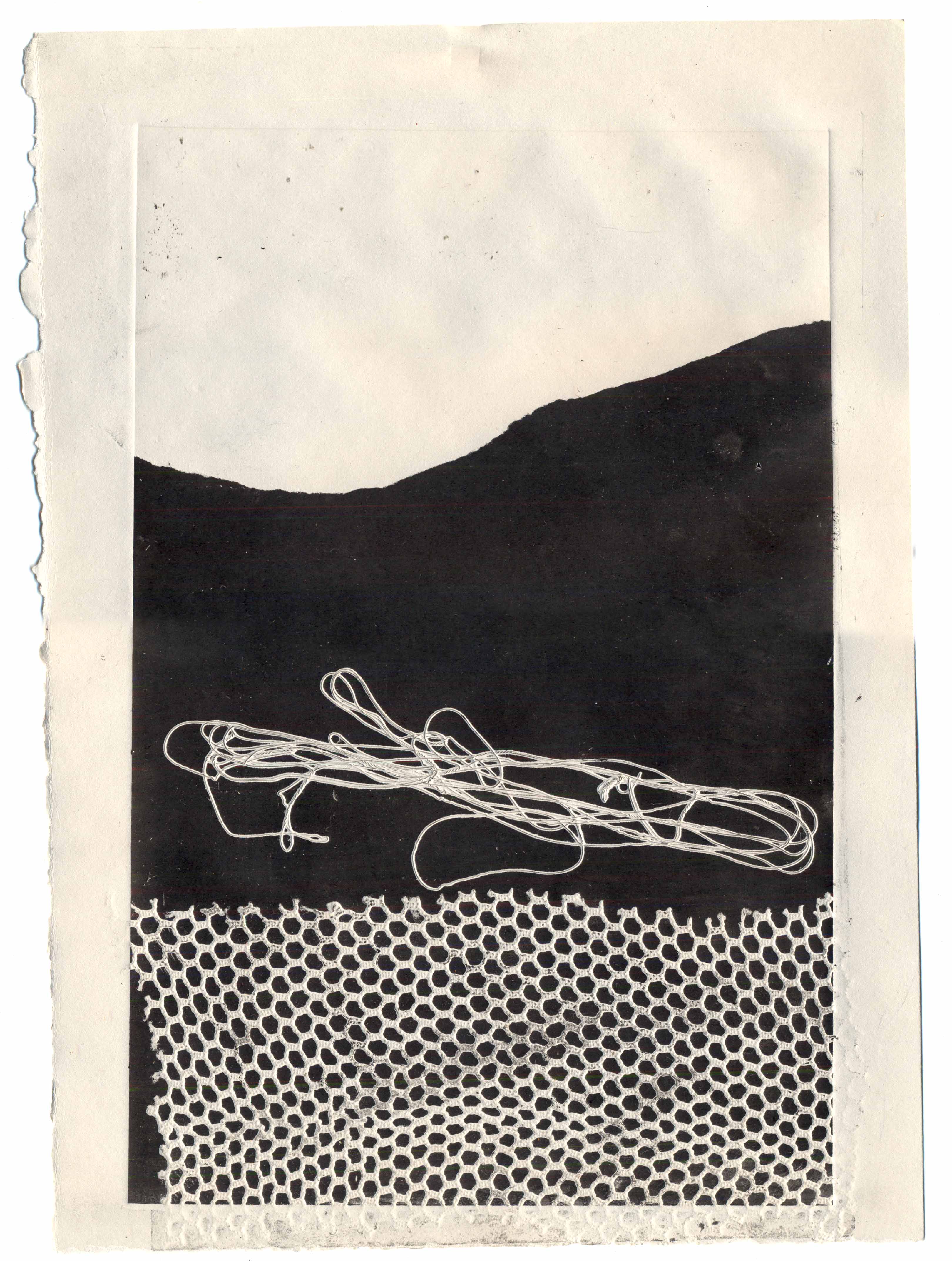 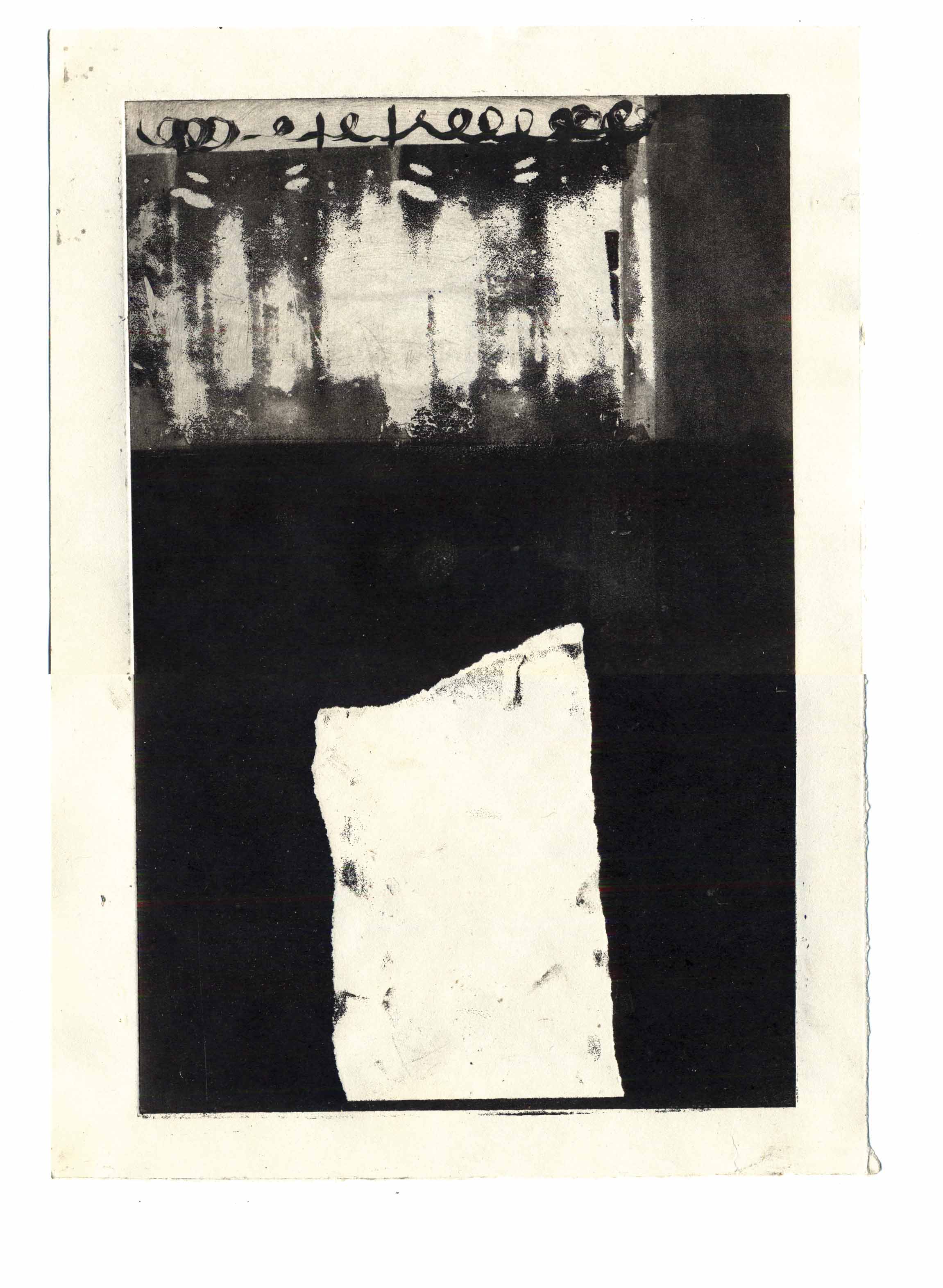 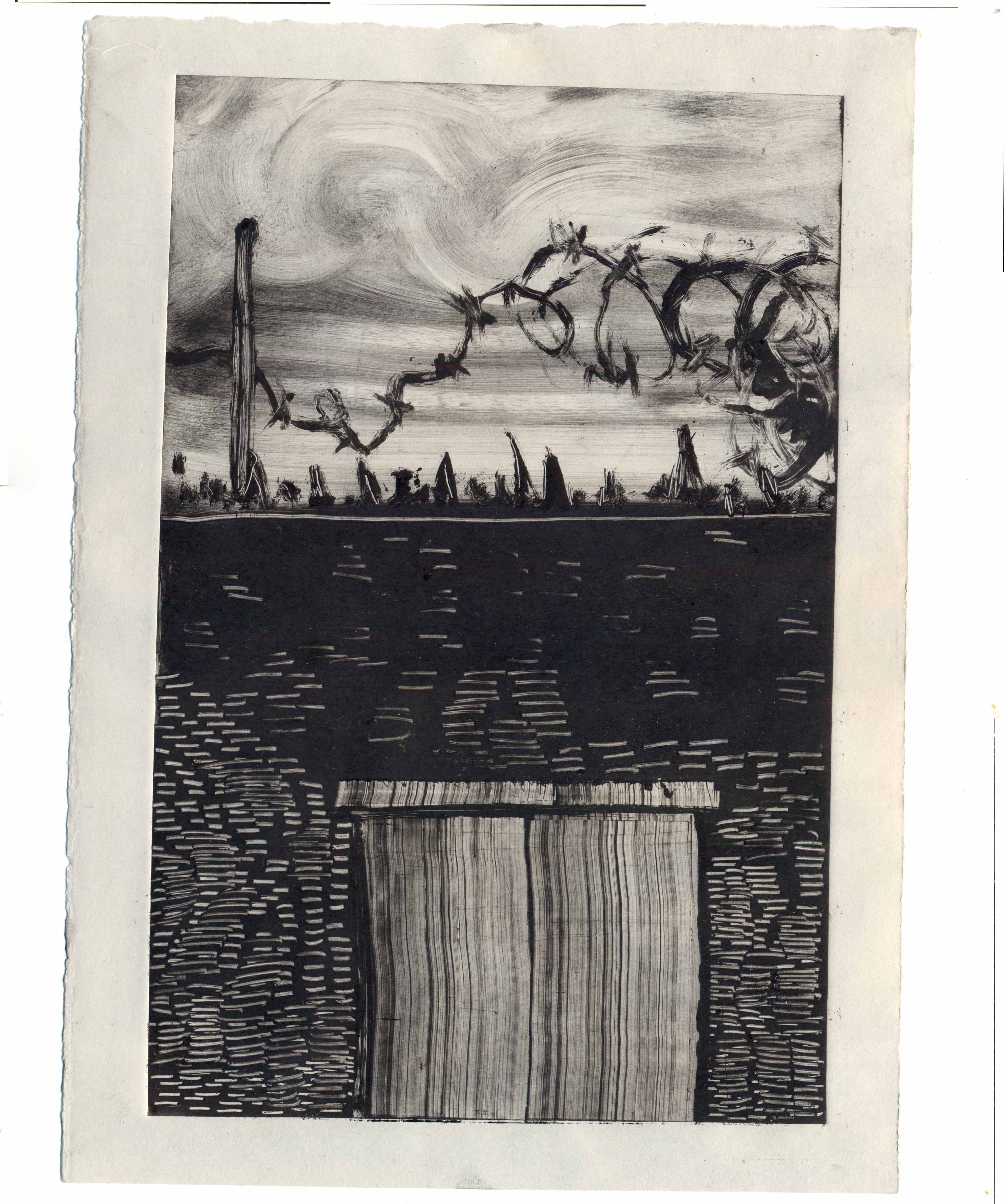 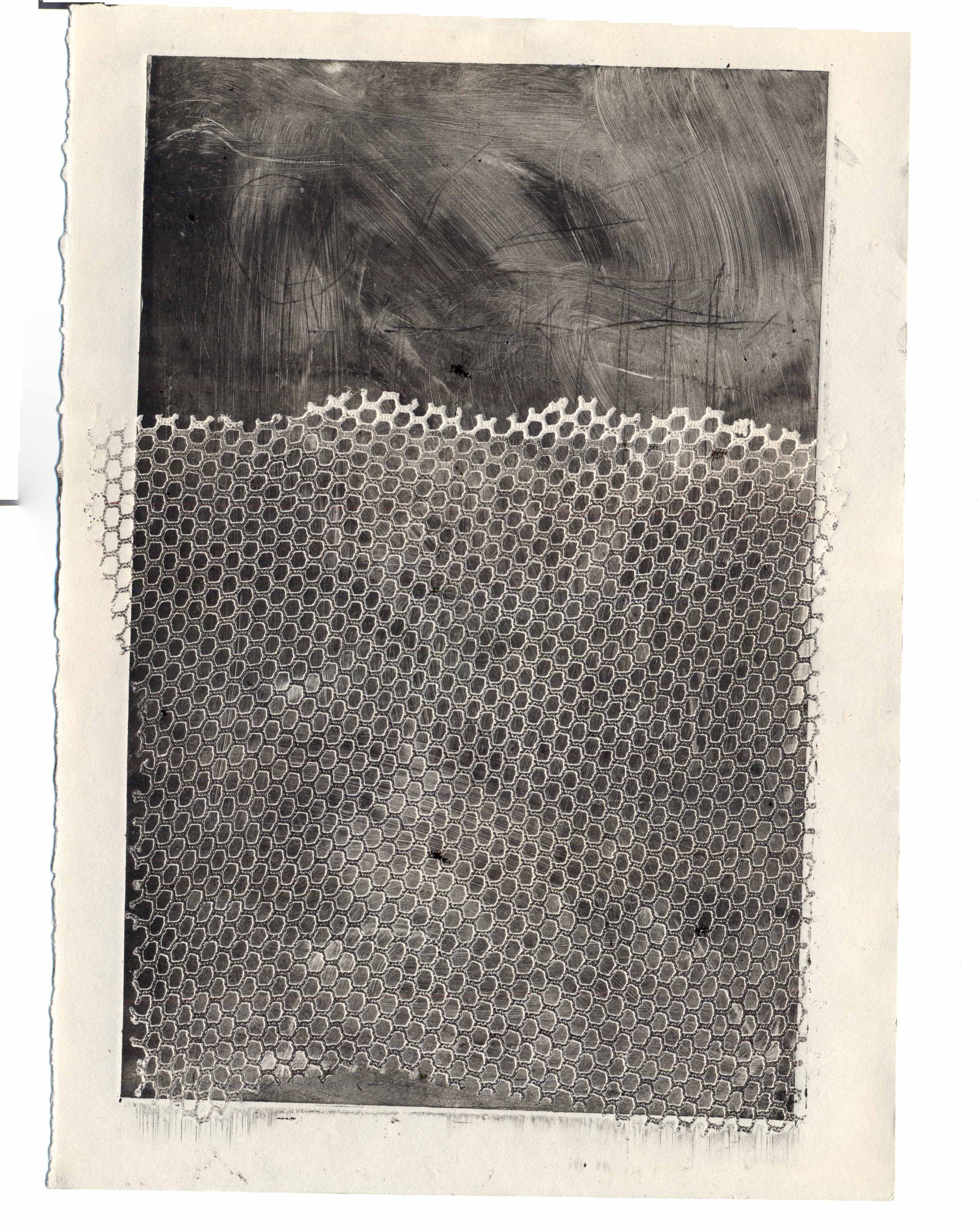 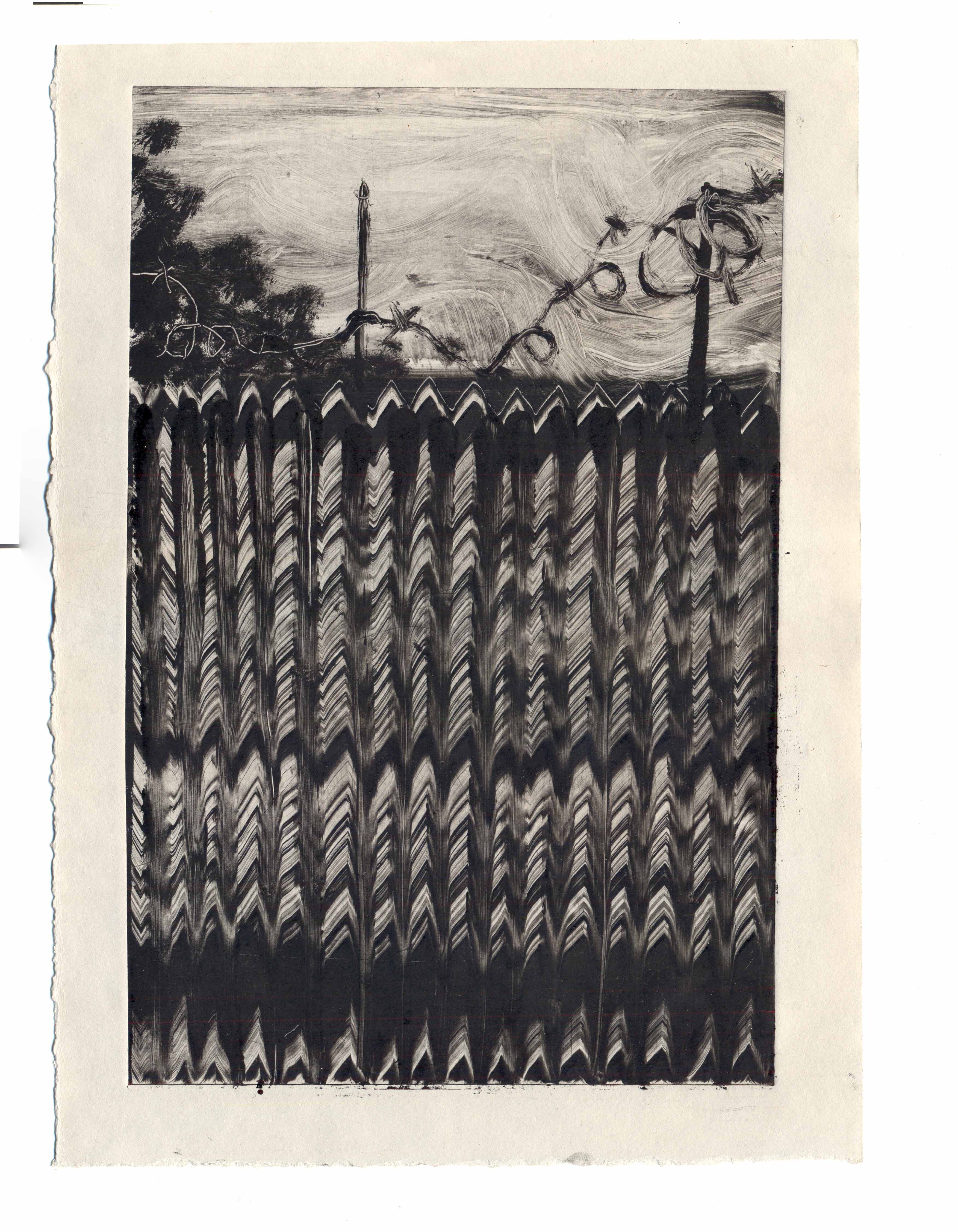 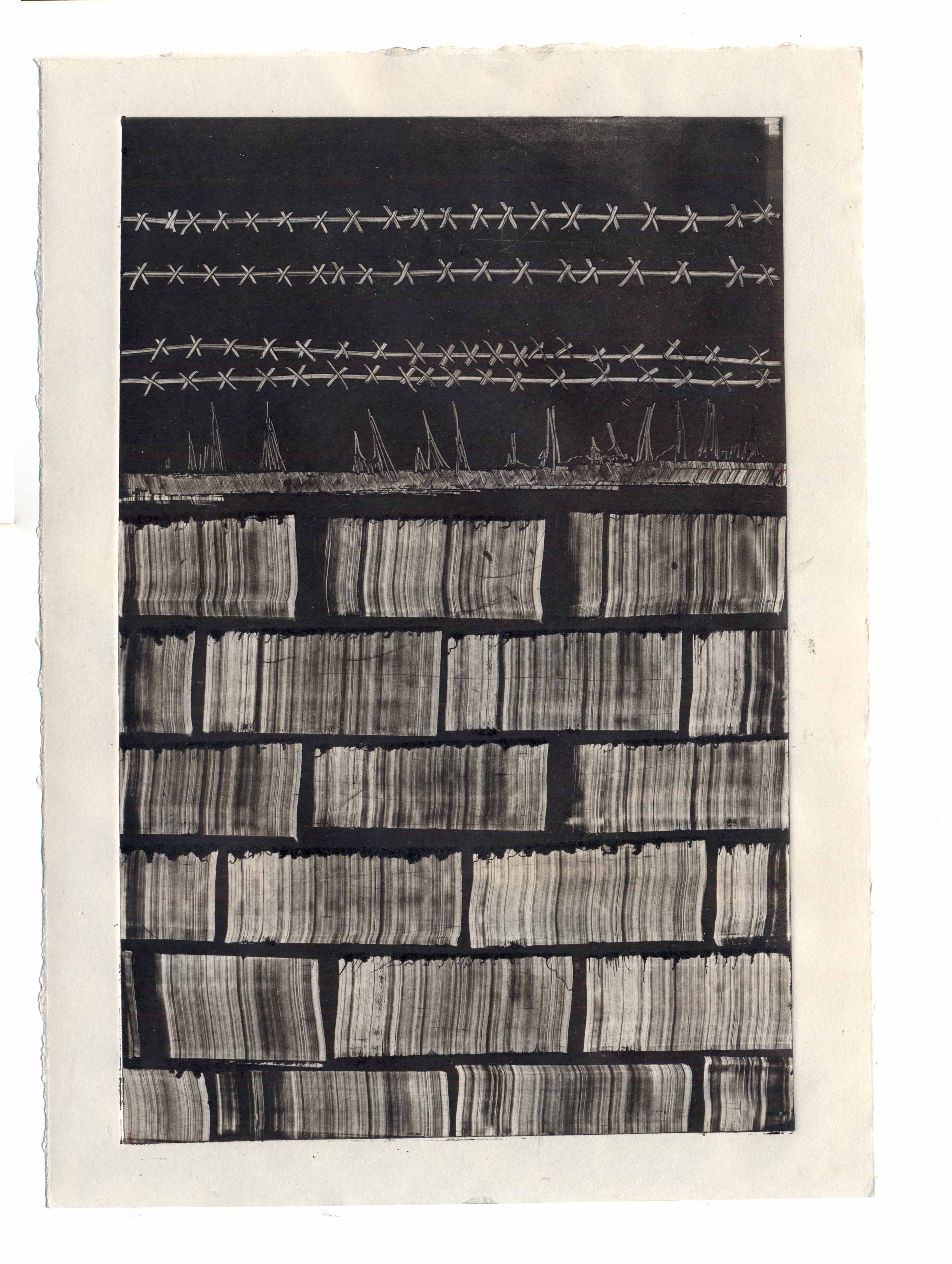 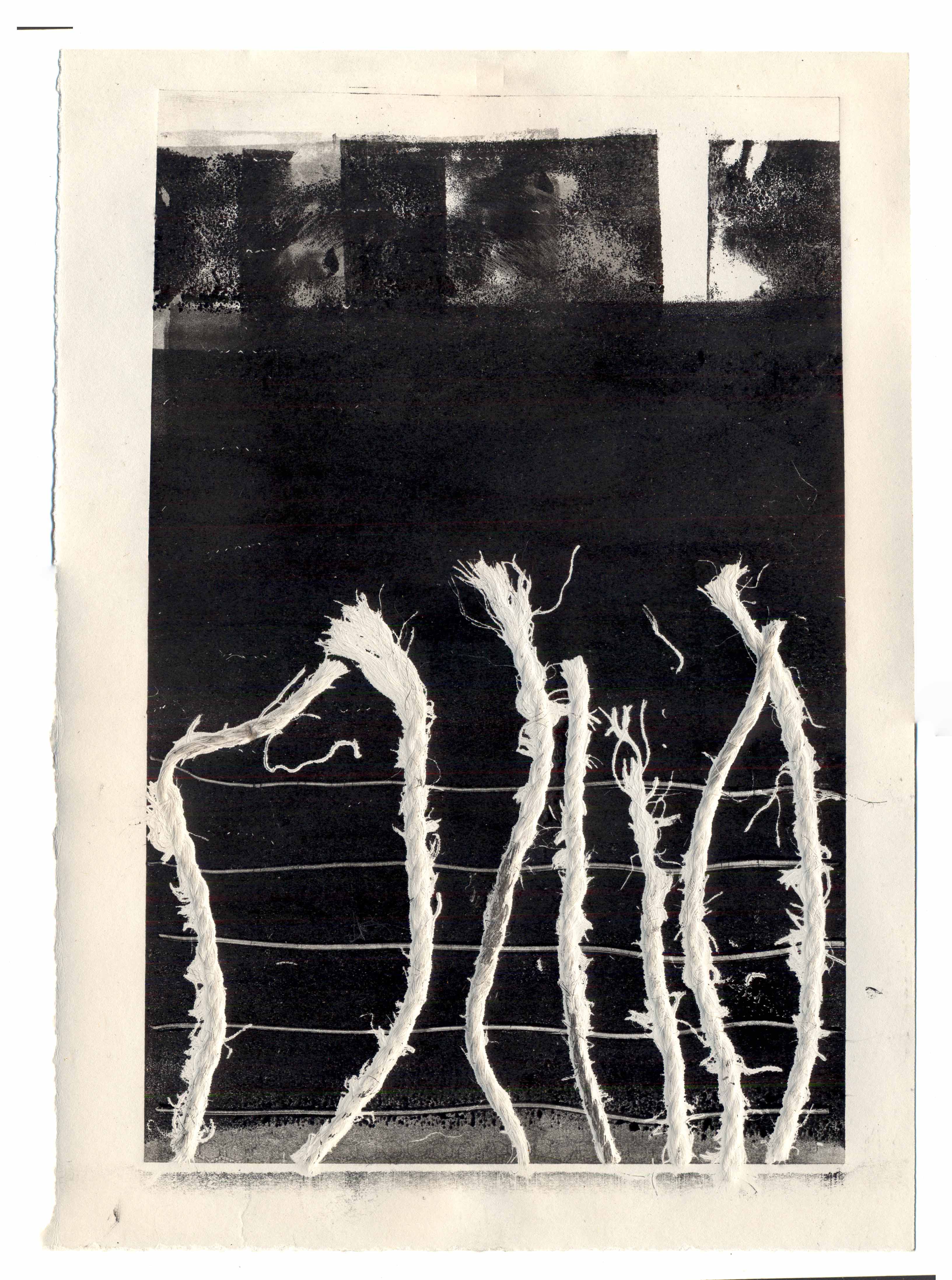 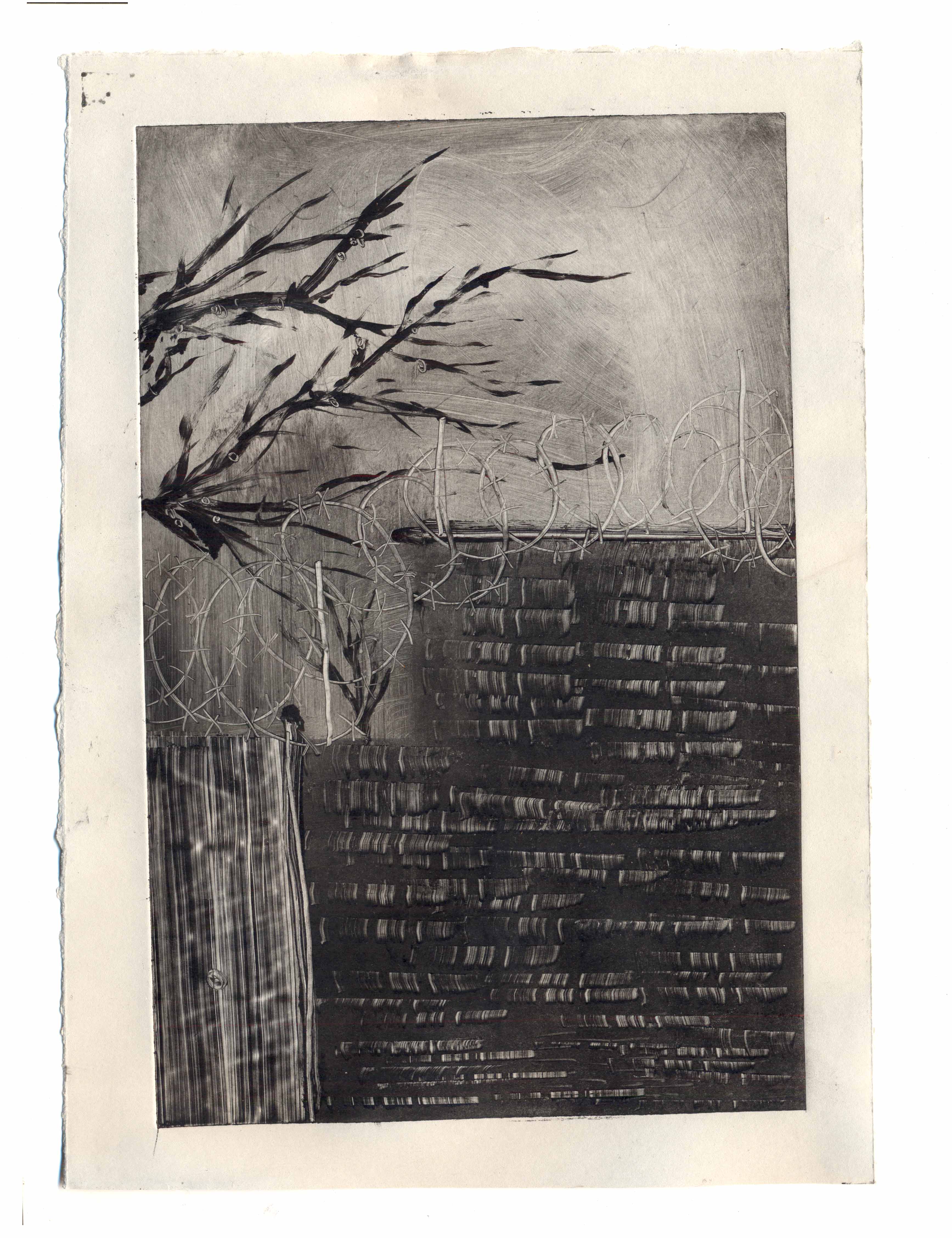 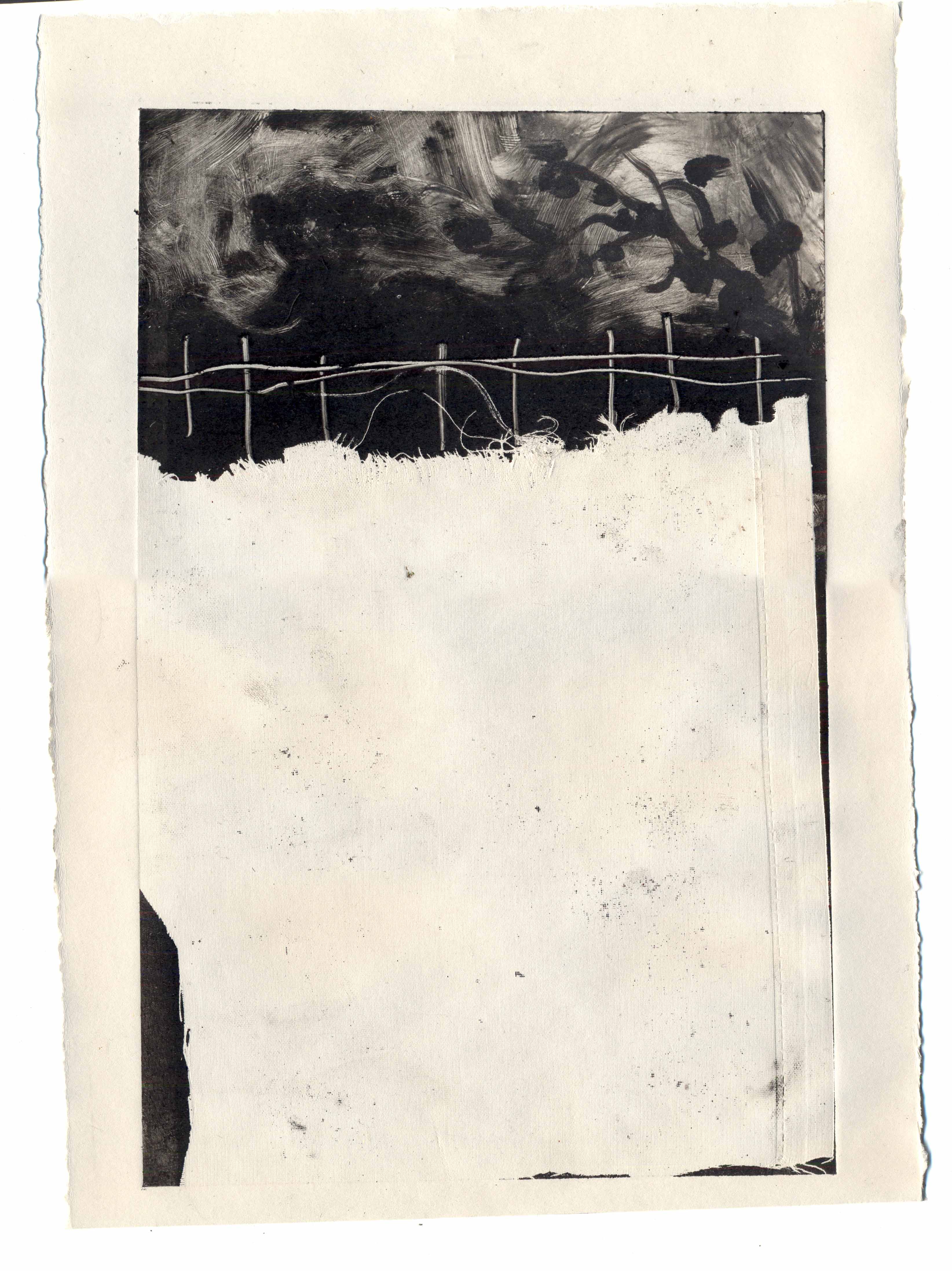 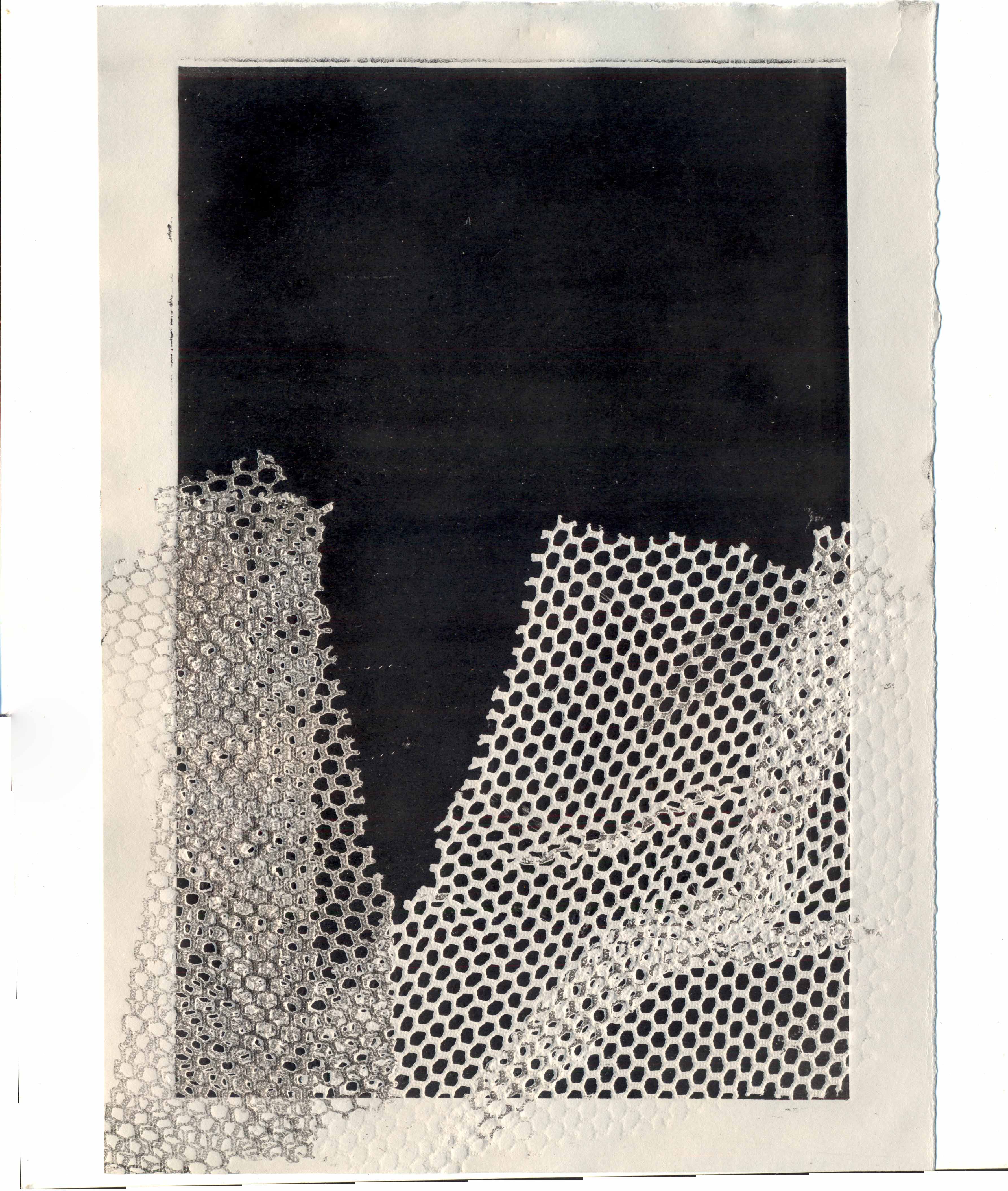 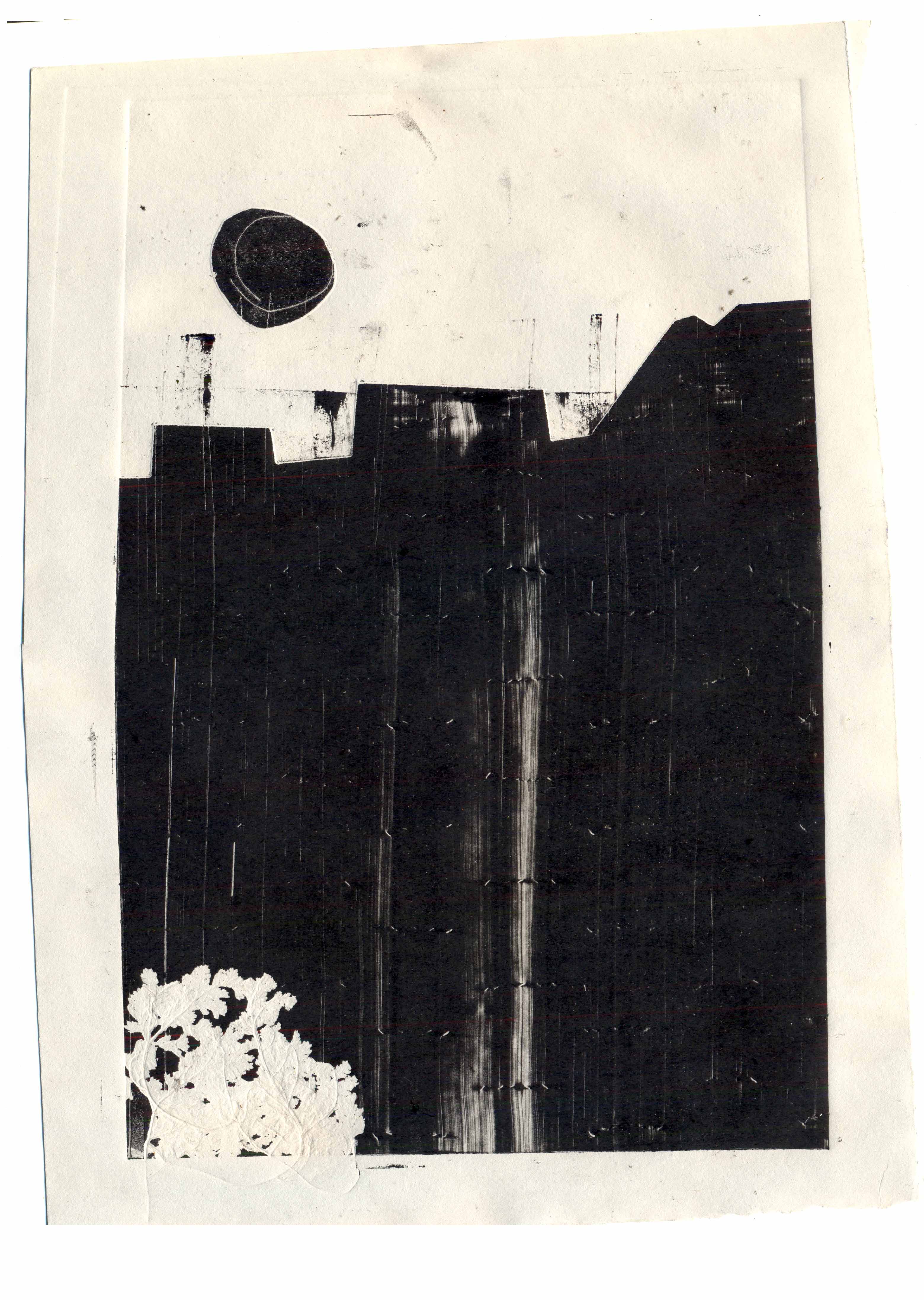 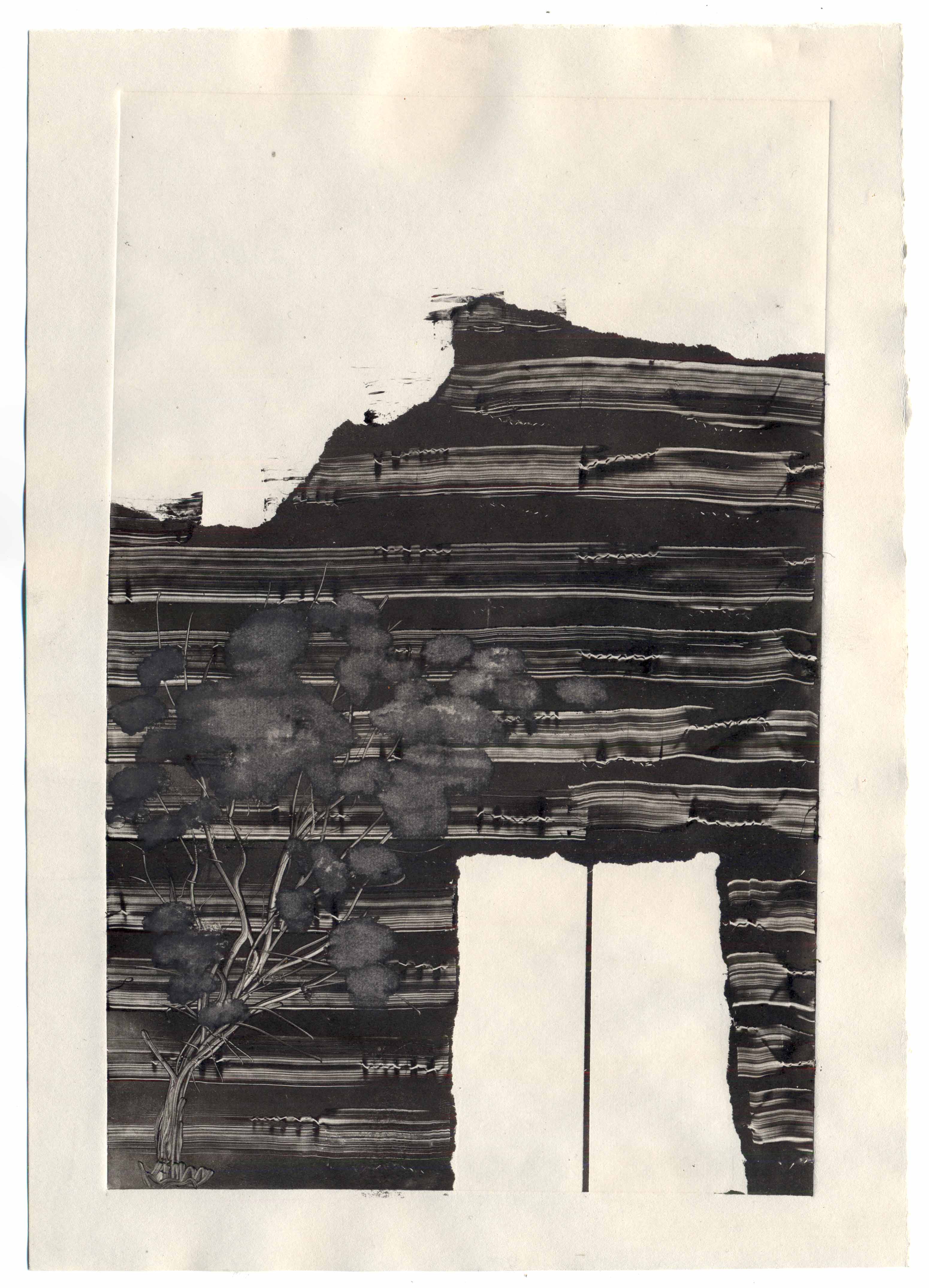 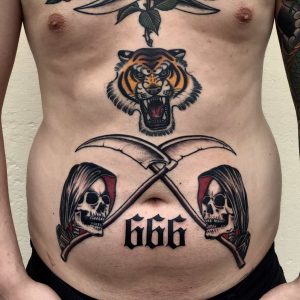