Nico Jacoby began his career tattooing friends at home while working a full time graphic design job. Now, he frequents studios around the world, creating highly conceptual blackwork tattoos, full of clean, intricate patterning, informed by the diverse cultures he encounters. In the subversive mirroring of many of his designs, it is clear to see strong influences from architecture and structural forms such as the faucets of the human face.

What is your name, birthplace, and year of birth?
I’m Nico Jacoby and I was born in Hamburg, Germany in 1988.

Where did you grow up? Please describe your upbringing and socio-cultural background.
My mother gave birth to me in the same apartment where I grew up and I spent my childhood in Hamburg. I spent most of my free time outside making fire (I was pretty much a pyromaniac), climbing trees, and skateboarding. I was raised in a pretty easy-going, hippie way and we always travelled a lot in the car around Europe. My mom was a textile designer and became a teacher later on. My dad is a furniture designer and self-taught carpenter – so I was surrounded by good design. Music was also a constant companion!

Where do you currently work? Prior to that, where have you worked?
Currently, I work in two private studios in Amsterdam. One is at Order, together with Etienne Memon, and also at Dog Day Studio, together with Emiel W. Steenhuizen. Before that, I was working with Trobbies in his private studio in The Hague. Besides that, I try to travel a lot and guest in Studios like Old Habits Tattoo, East River Tattoo, and UNIV ERSE Studio.

How long have you been tattooing?
When I first started I tattooed at home for around eight months, but in studios, I’ve been working for just over two and a half years.

What inspired you to learn tattooing, and how did you initially learn how totattoo?
My fascination with tattoos started when I was a young teenager and I have been getting tattooed since my late teenage years. I was immediately addicted and started collecting pieces from artists I adored and looked up to. I was traveling a lot to get tattoos around the world and fell increasingly in love with the process and its craft. After years of getting tattooed I was very curious about trying it myself, but never knew on who or how. One day, while having drinks with my good friend Dominik, he offered me the opportunity to try tattooing his legs – so we ordered a machine there and then. Without him, I would not be where I am today!

Were you trained through a formal apprenticeship? Describe the circumstances of learning.
I didn't do an apprenticeship but taught myself by tattooing friends at home. I was addicted from the very first moment. In the beginning, I was still working full-time as a graphic designer and tattooed through the nights and weekends. I kinda stopped sleeping and fucked up my social life, but I just couldn’t stop doing it. The beginning was also very depressing and frustrating. There were a lot of moments where I wanted to give up. It’s so hard to learn in many aspects, especially when you’re on your own. One day it works and the other day everything goes wrong. In the first half a year it was just a hobby for me and I never expected to become a professional tattooer. But, it became my passion and I can’t imagine living without it!

What was the hardest thing to learn while tattooing? What was your biggest breakthrough moment?
Everything in tattooing is hard to learn. From interacting with your customer, setting up your machine right, making a good stencil, pulling a clean line to finishing a bigger piece. Each part has its own difficulties. I haven’t had this one breakthrough moment, but I was very happy when I was able to pull a clean line. And I’m still learning something every day!

Have you previously studied art in an institutional setting? If so, what level of training did you reach and in what disciplines?
After school I did an apprenticeship as a Media Designer in print. Back then I mostly did print design for magazines or packaging. I then went on to study Communication Design in Hamburg where my focus was on digital design and photography. After my graduation, I worked as a graphic designer and art director in a small agency.

Did that training help as you learned the mechanics of tattooing?
It definitely helped me to become a tattooer. First of all, I’ve learned what it means to work hard; that you need a certain discipline if you want to be good at something. The passion and skills for graphic design helped me to develop my style.

How did you develop your style? How would you describe it? What are your influences?
My style is a constant process of evolving and trying out. I would describe it as conceptual, graphic, high-contrast blackwork. Often simple and bold, or with heavy shading. I like it dark and powerful. I try to produce something timeless which still works in the future. My influences are from Bauhaus graphic design like Herbert Bayer, textile design, photographers like Josef Koudelka, Masahisa Fukase, or Don McCullin, architects like Ricardo Bofill or Brutalism in general. Surrealism has a big influence on my work as well. Besides that, tattoo artists like Martin Jahn, Rafel Delalande, or Brody Polinsky influenced while I was on the way to finding my own style.

What do you look for in a shop?
Private studios or shops with a relaxed vibe, where family atmosphere prevails and people get along with each other. Good music and a place guided by people with heart. I prefer places where not too many tattoo artists work in one room at the same time. The customer should have a good relaxed experience and feel safe.

Do you have any hobbies outside of tattooing?
I do printmaking in the form of linocuts and try to improve my photography because it is a huge inspiration for me. I collect books, masks, and all sorts of weird shit. I enjoy traveling and diving into different cultures. Music is a big part of my life and I go to a lot of gigs. I played piano and guitar when I was younger but unfortunately stopped slowly after discovering skateboarding and partying!

What inspires you generally?
I find inspiration in everyday life, such as architecture or while observing my environment. I’m enamored by the shapes you can find in buildings and urban landscapes. I’m also drawn especially to grainy black and white photography and portraits. The thousands of facets of the human face are fascinating. Traveling the world, discovering new cultures, and meeting all sorts of people inspires me a lot.

Are any other forms of media, traditional or digital, important to your work?
As a former graphic designer I’ve always worked both using analog and digital methods. I like to combine both worlds in my creative process, but sometimes it’s just one of the two channels. Balancing the two forms is important to me.

"You learn so much through traveling, especially through the exchange with other tattooers around the world. These experiences are amazing and irreplaceable."

Is traveling important to you? If so, where do you usually travel? Do you have any interesting experiences abroad that you can share?
Traveling is very important to me. Before I started tattooing I traveled a lot and often for long periods of time. Tattooing allows me to combine my love of travel with my work; it is an incredible blessing. You learn so much through traveling, especially through the exchange with other tattooers around the world. These experiences are amazing and irreplaceable. It helps me to understand the craft of tattooing. For work I go to London, Berlin, Barcelona, Paris, and New York on a regular basis. In the next few years I’m planning to do guest spots in Portland, Vancouver, Seoul, Tokyo, Hong Kong, Melbourne, Auckland, Lausanne, and more.

What is the main challenge of tattooing today?
I'm still at the beginning of my career and there are so many tattoo artists nowadays that it is incredibly important to have your own style and to evolve continuously. Plus, you have to stay up-to-date with digital platforms like social media to present your latest work to your audience. People are overwhelmed with information these days so it is important that you do a good job and do not get forgotten.

Ideally, how would you like to see tattooing evolve? How do you think it will evolve realistically?
I hope that the quality of tattooing stays good and that its craft is respected. There are a lot of great tattoo artists out there who push and evolve it every day. For me, it’s very important that a tattoo is technically well made and that it heals well. Tattoos are made to last a lifetime! 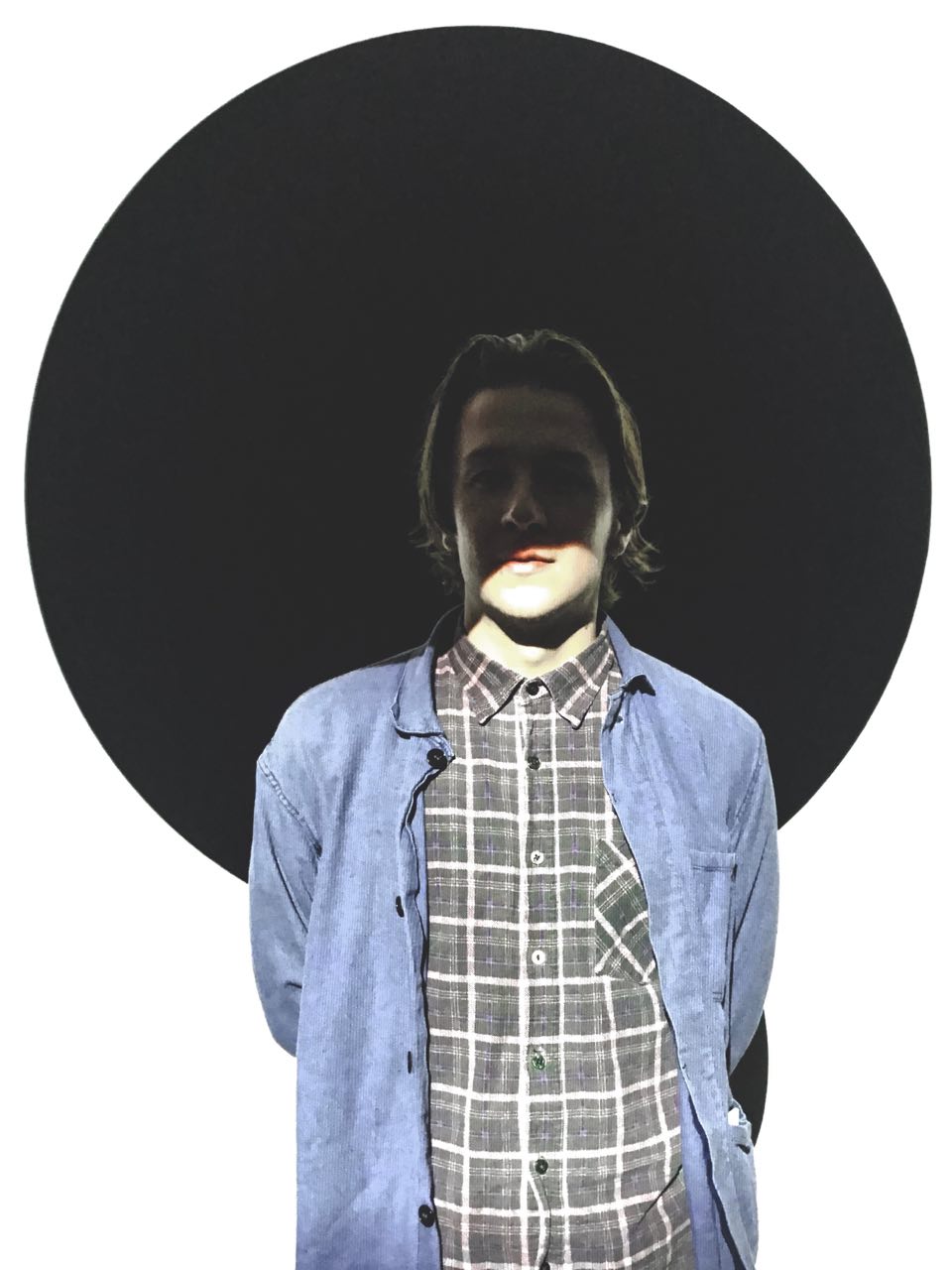 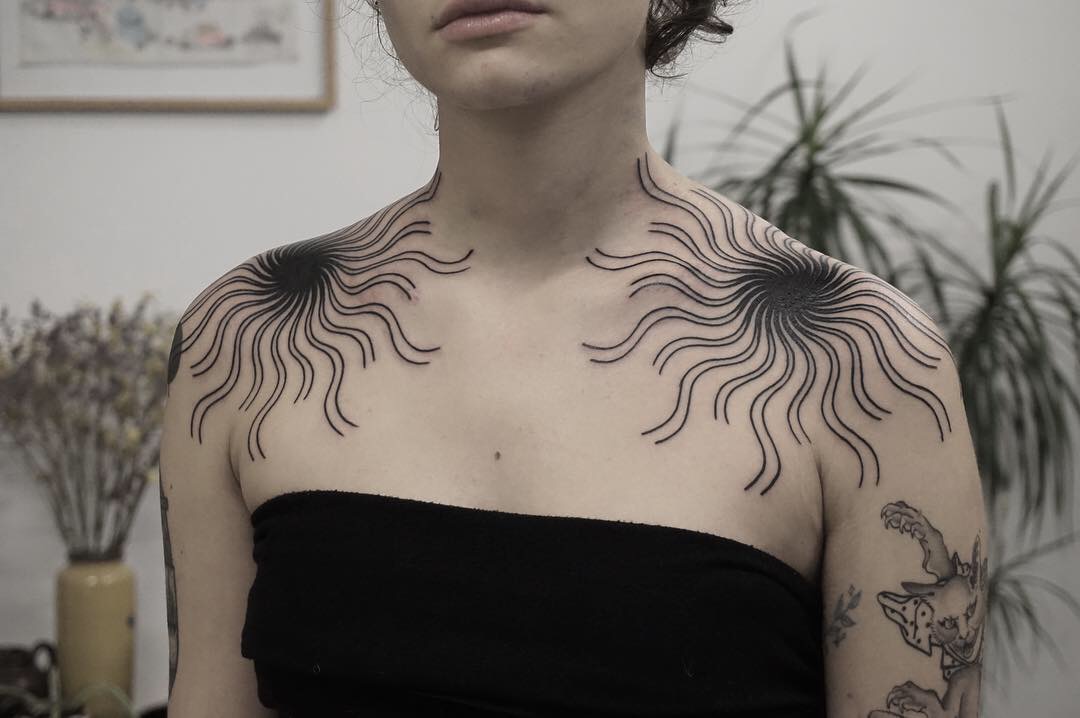 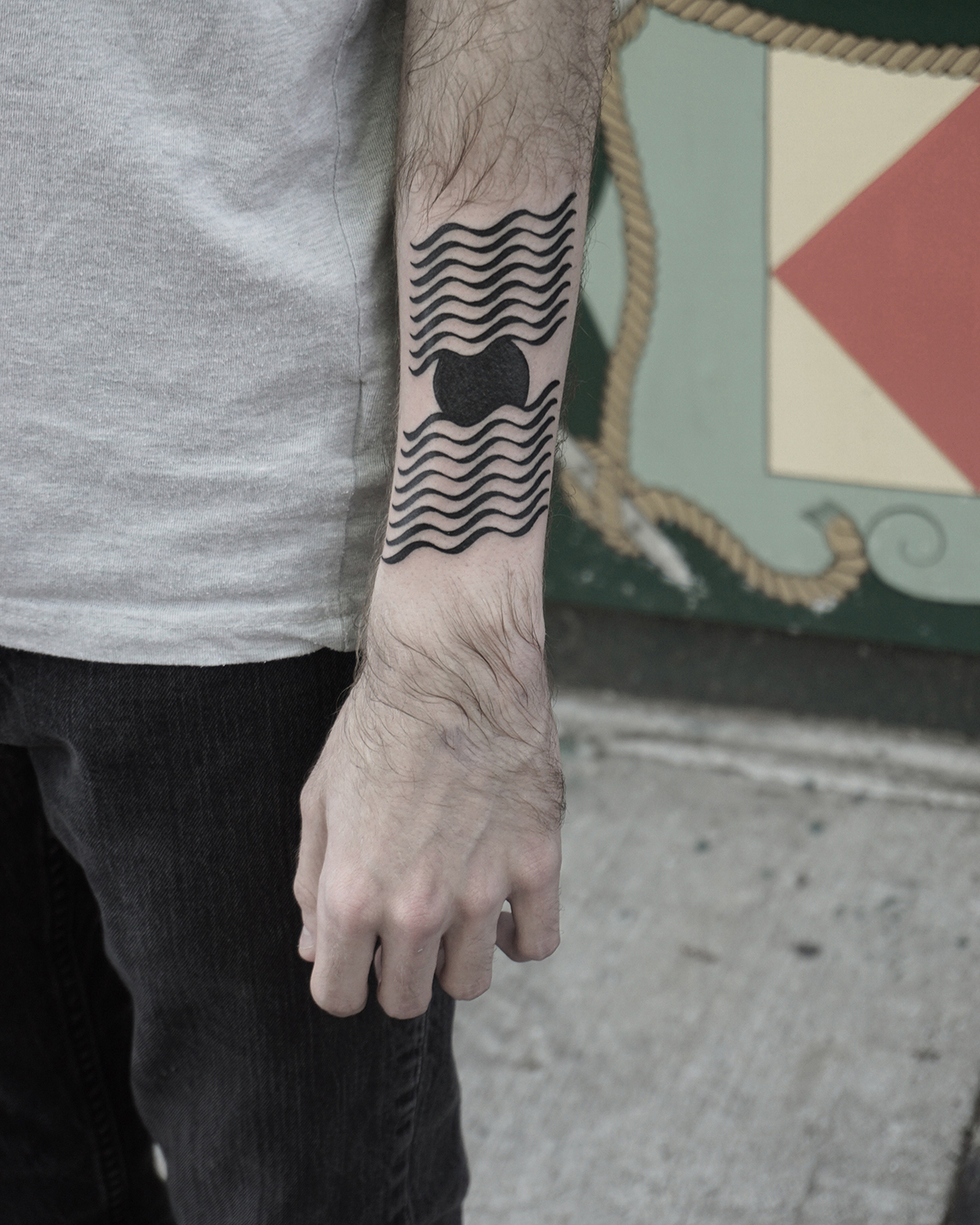 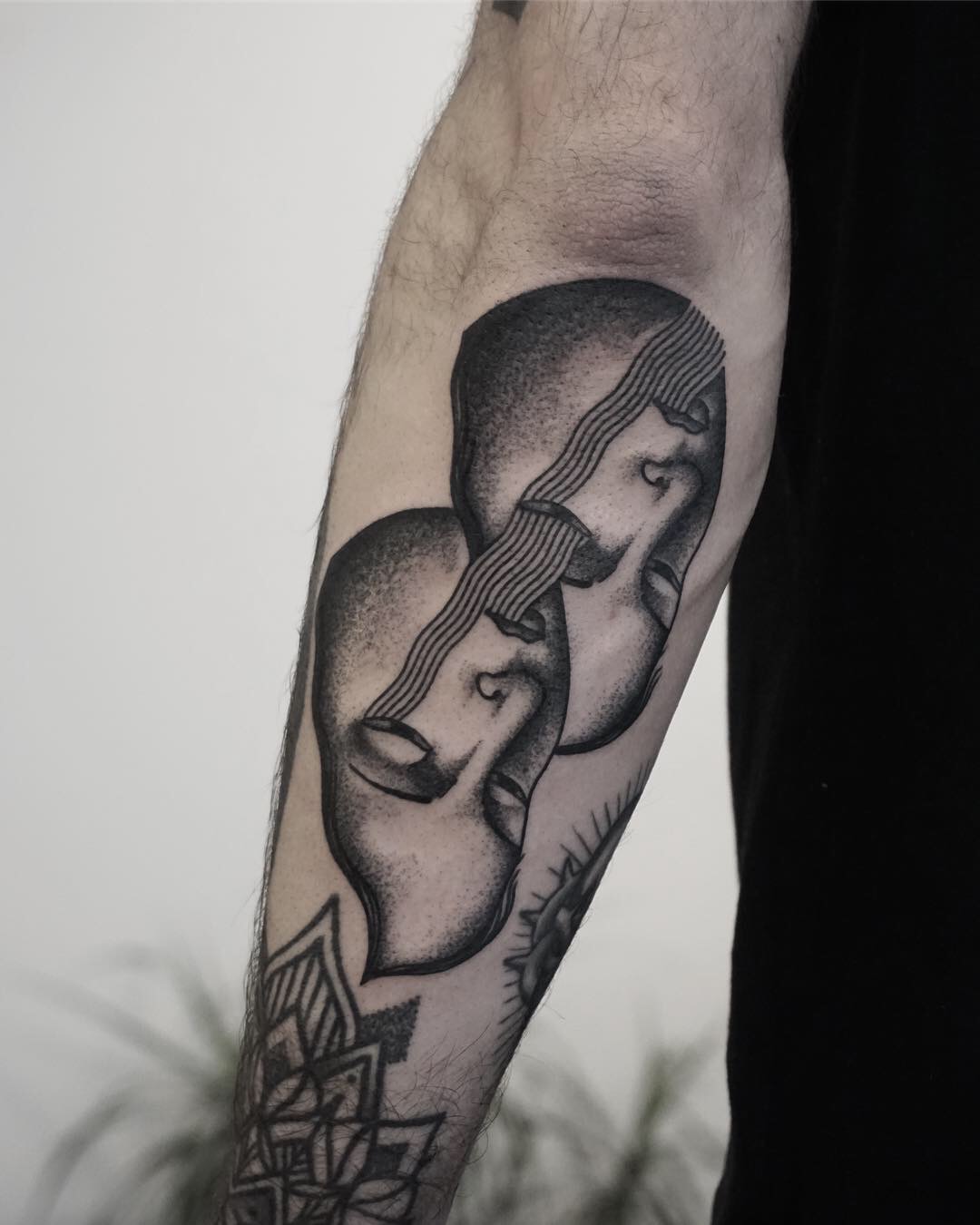 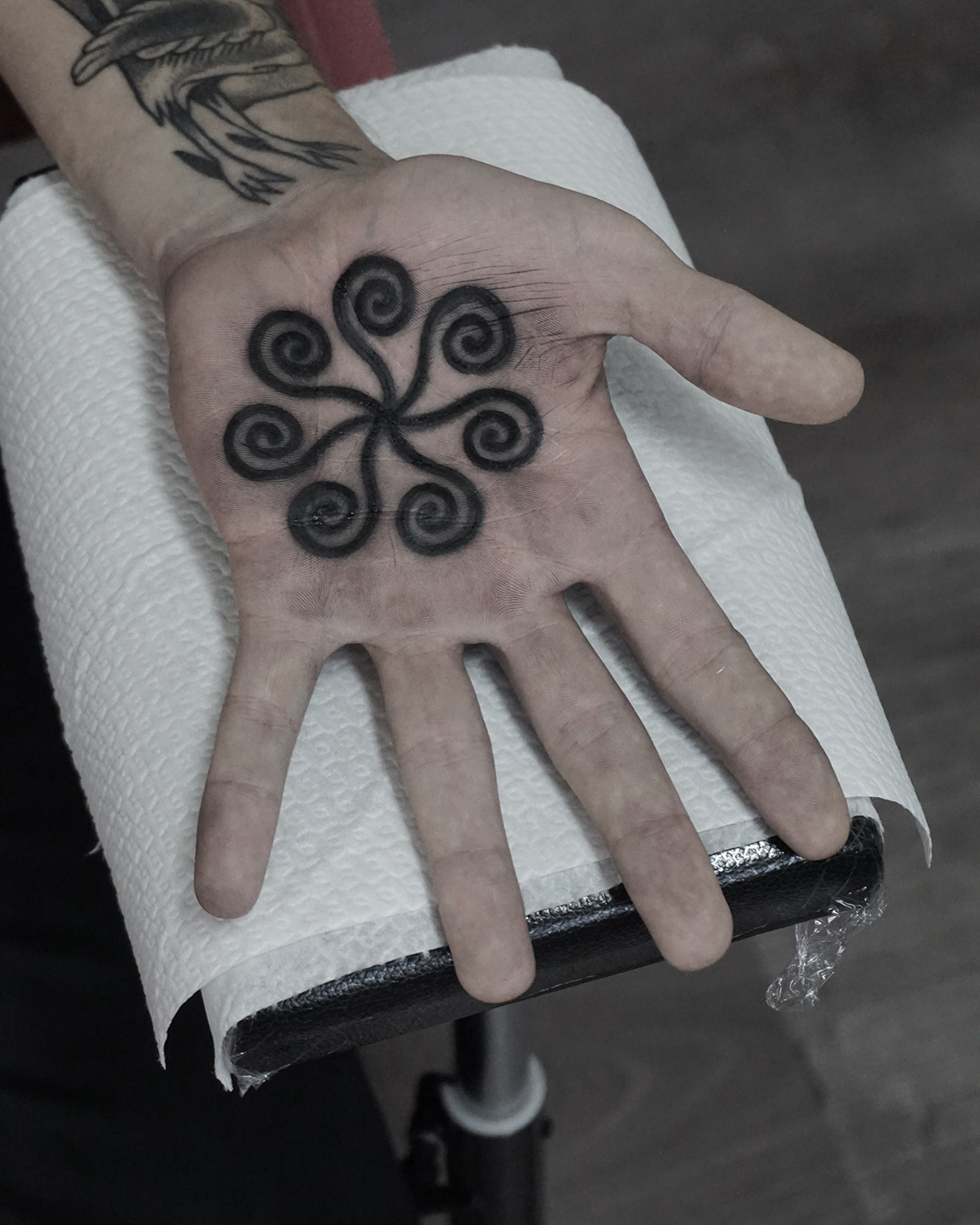 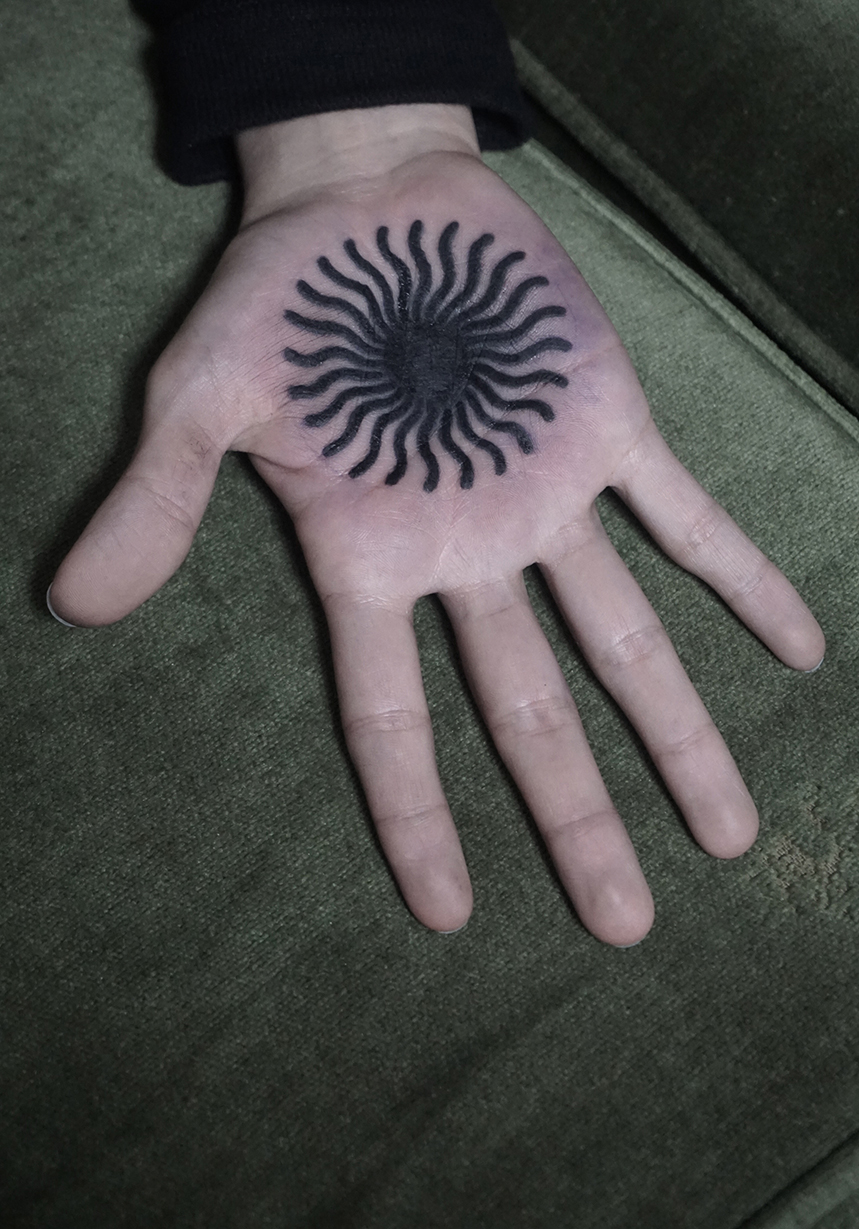 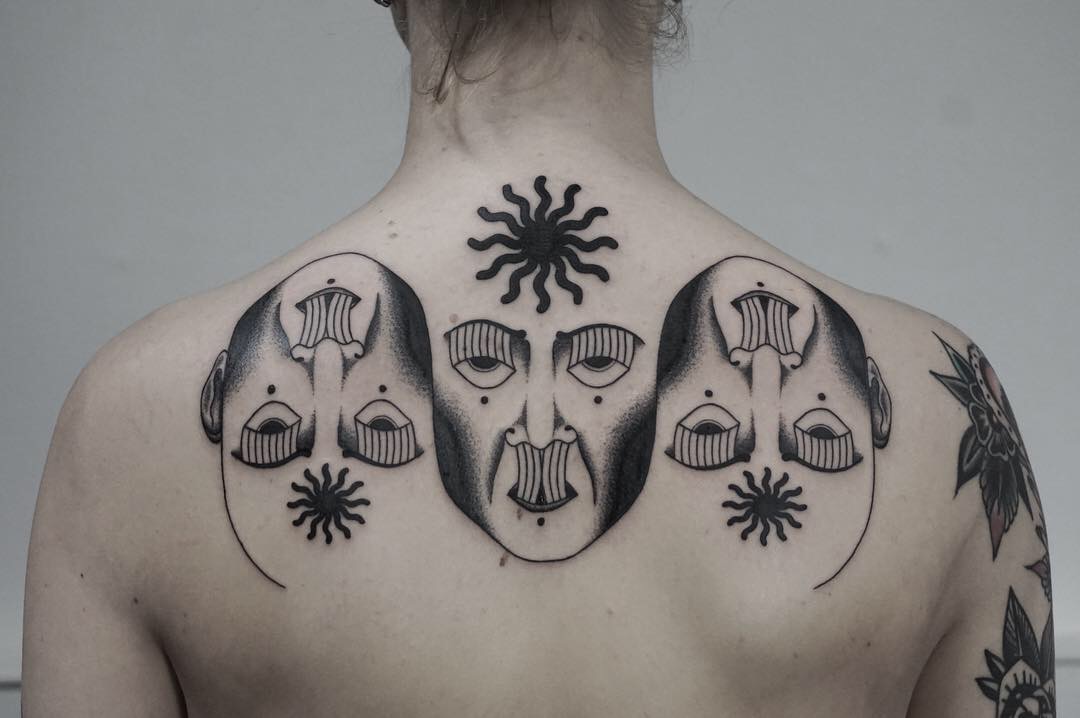 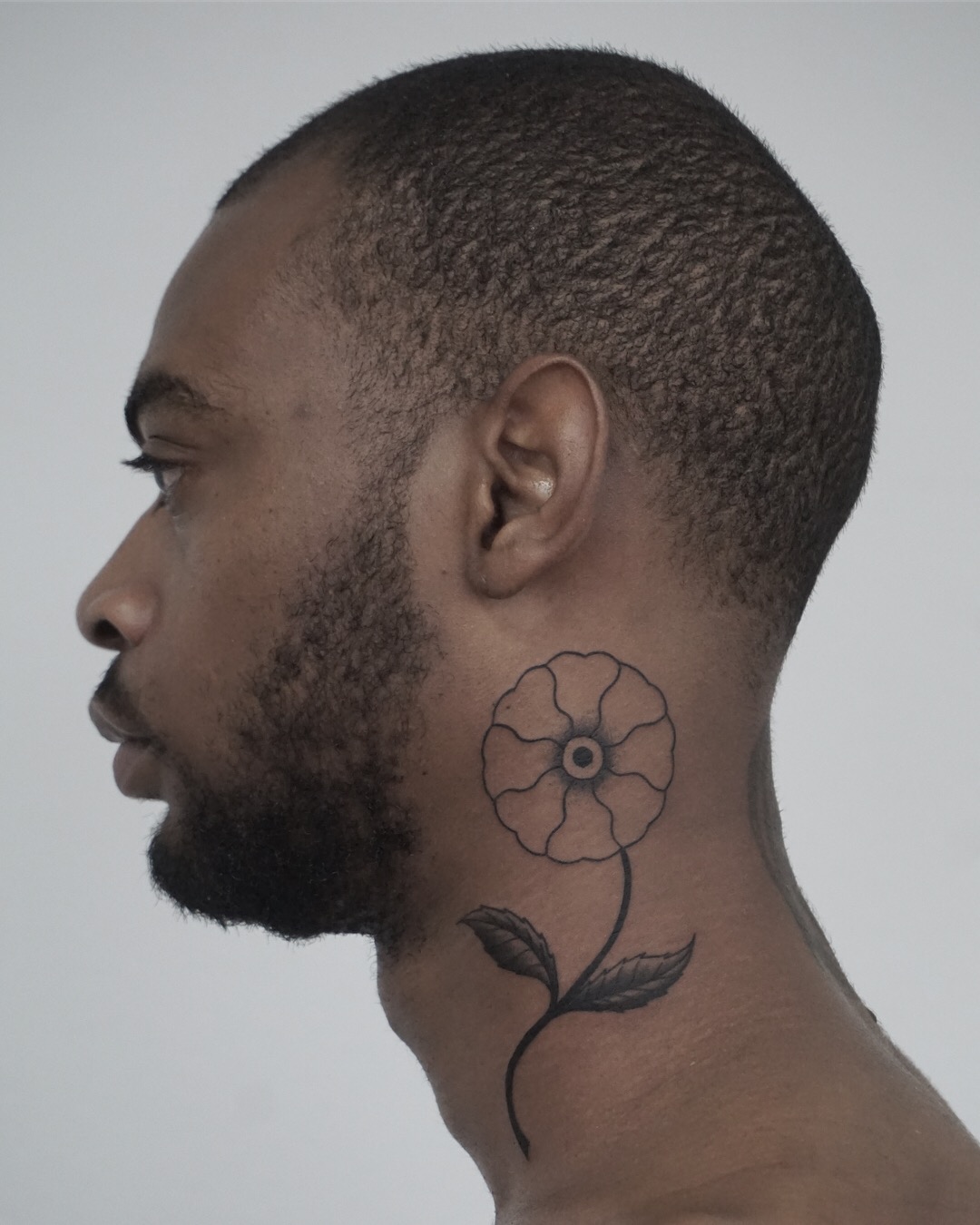 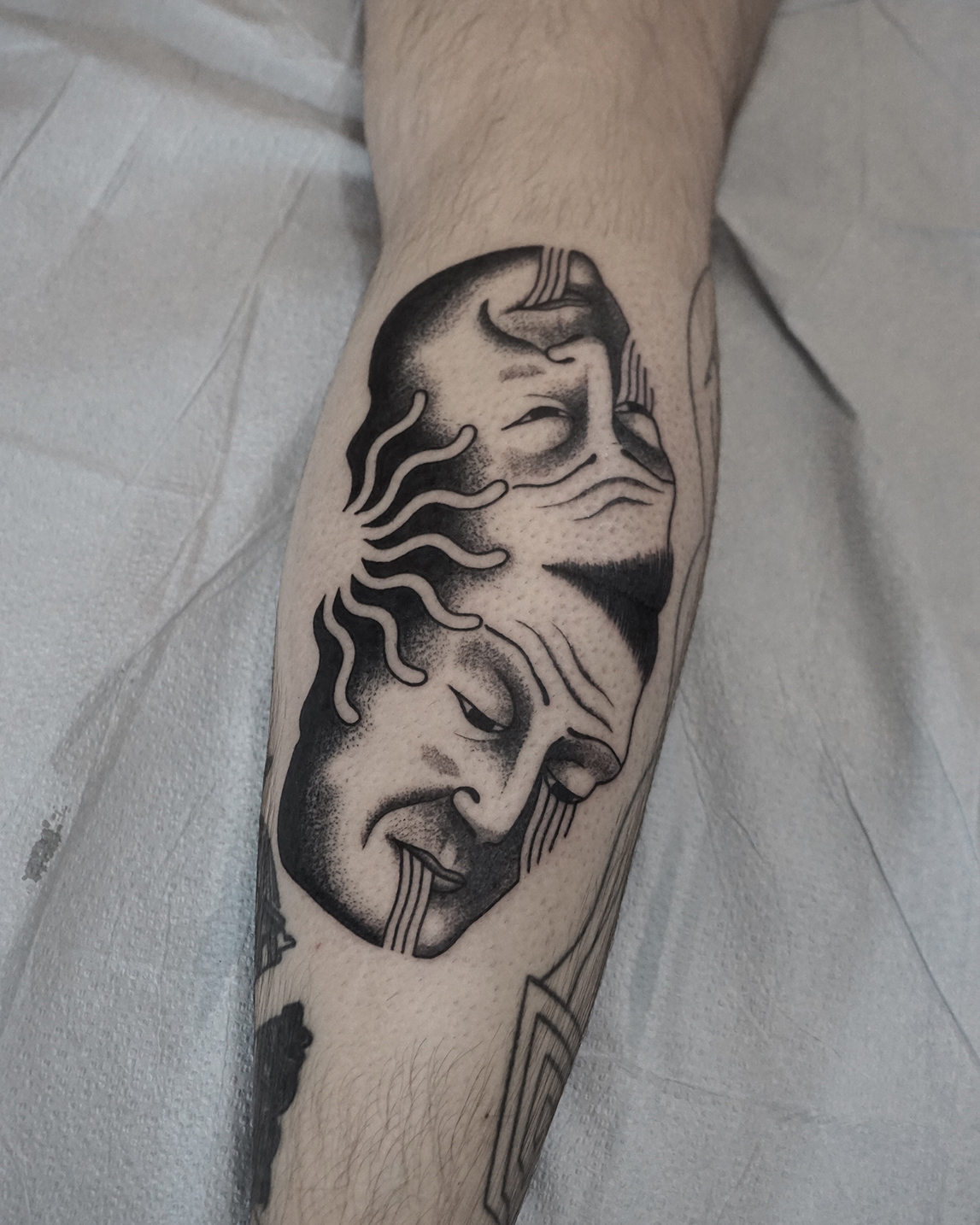 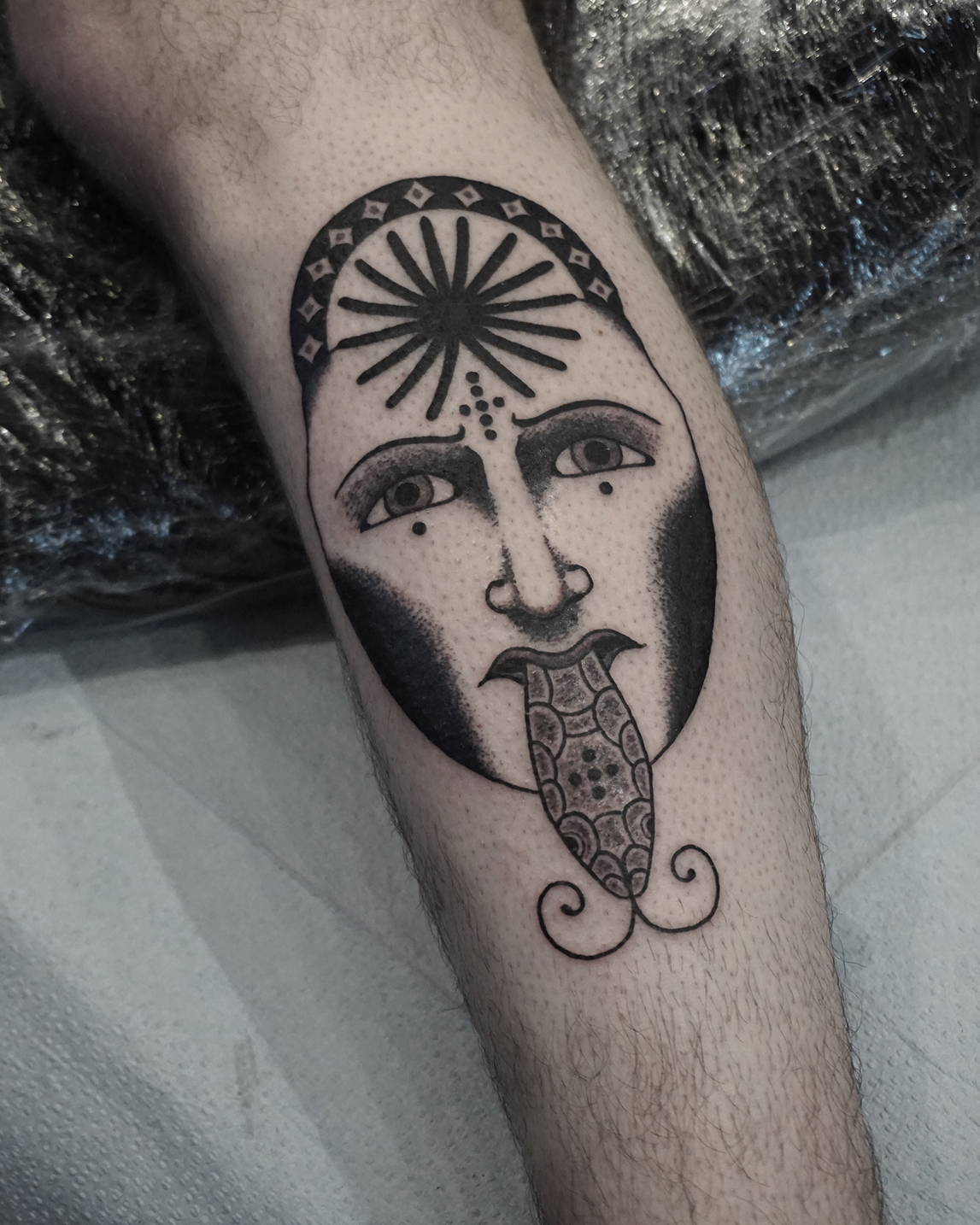 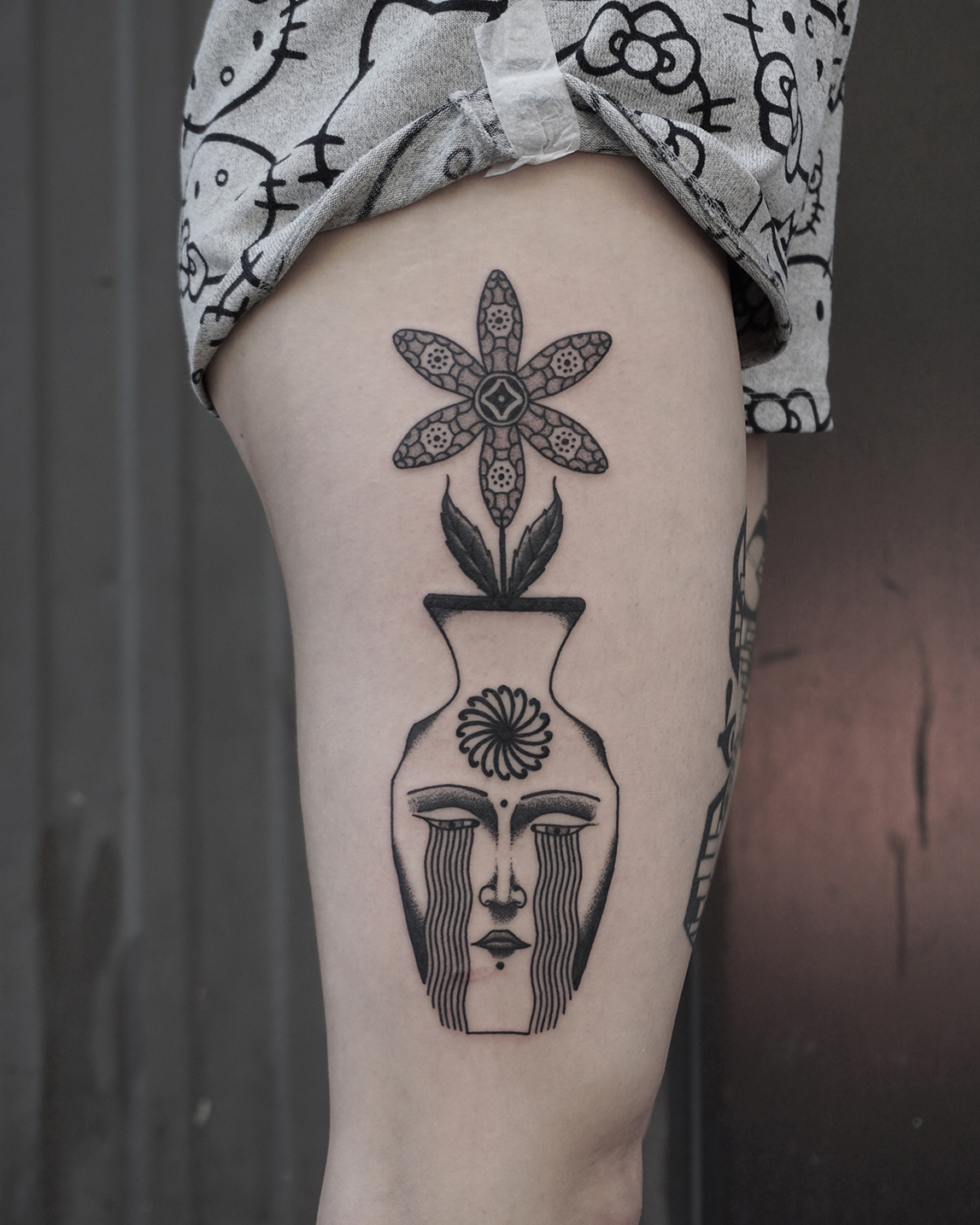 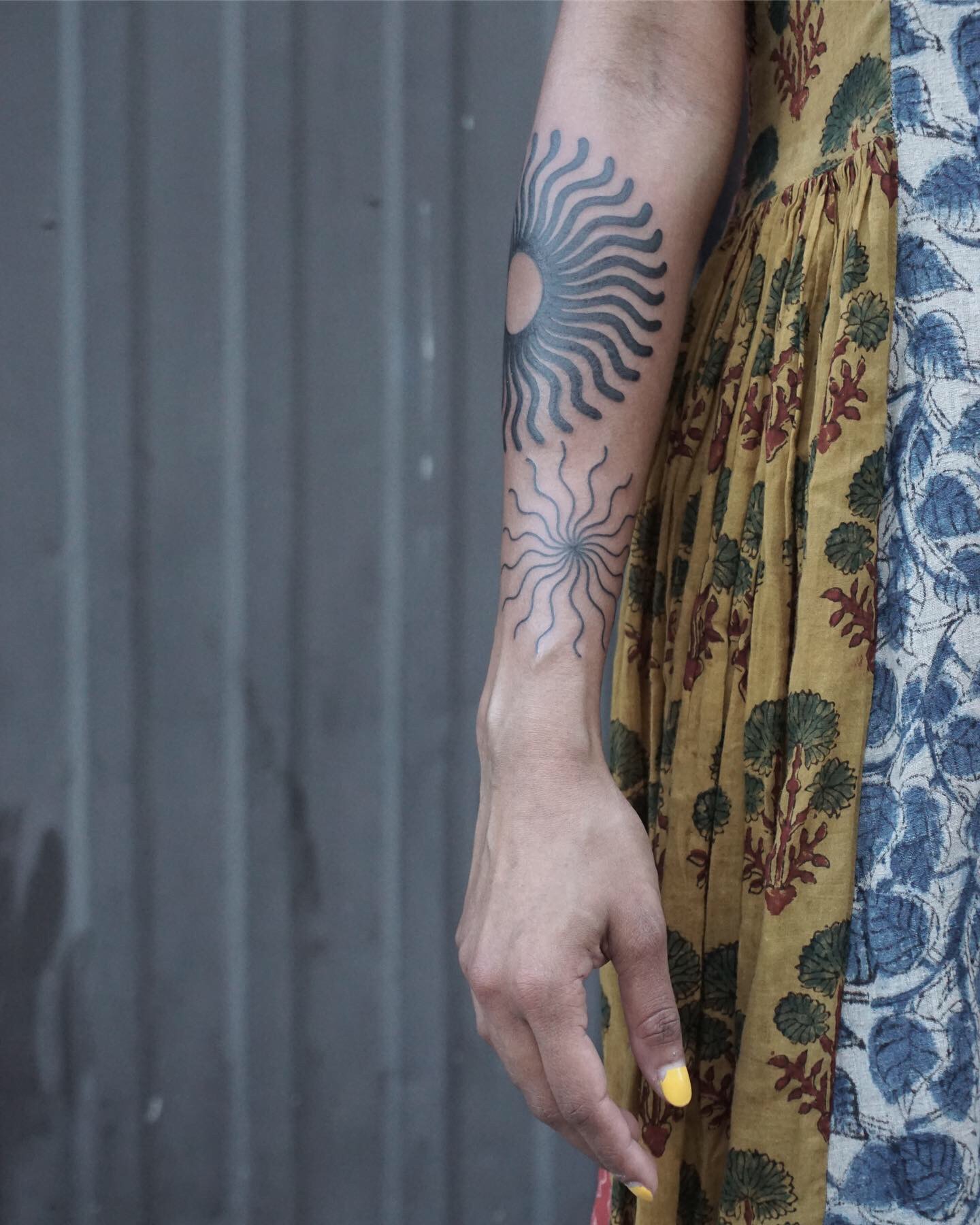 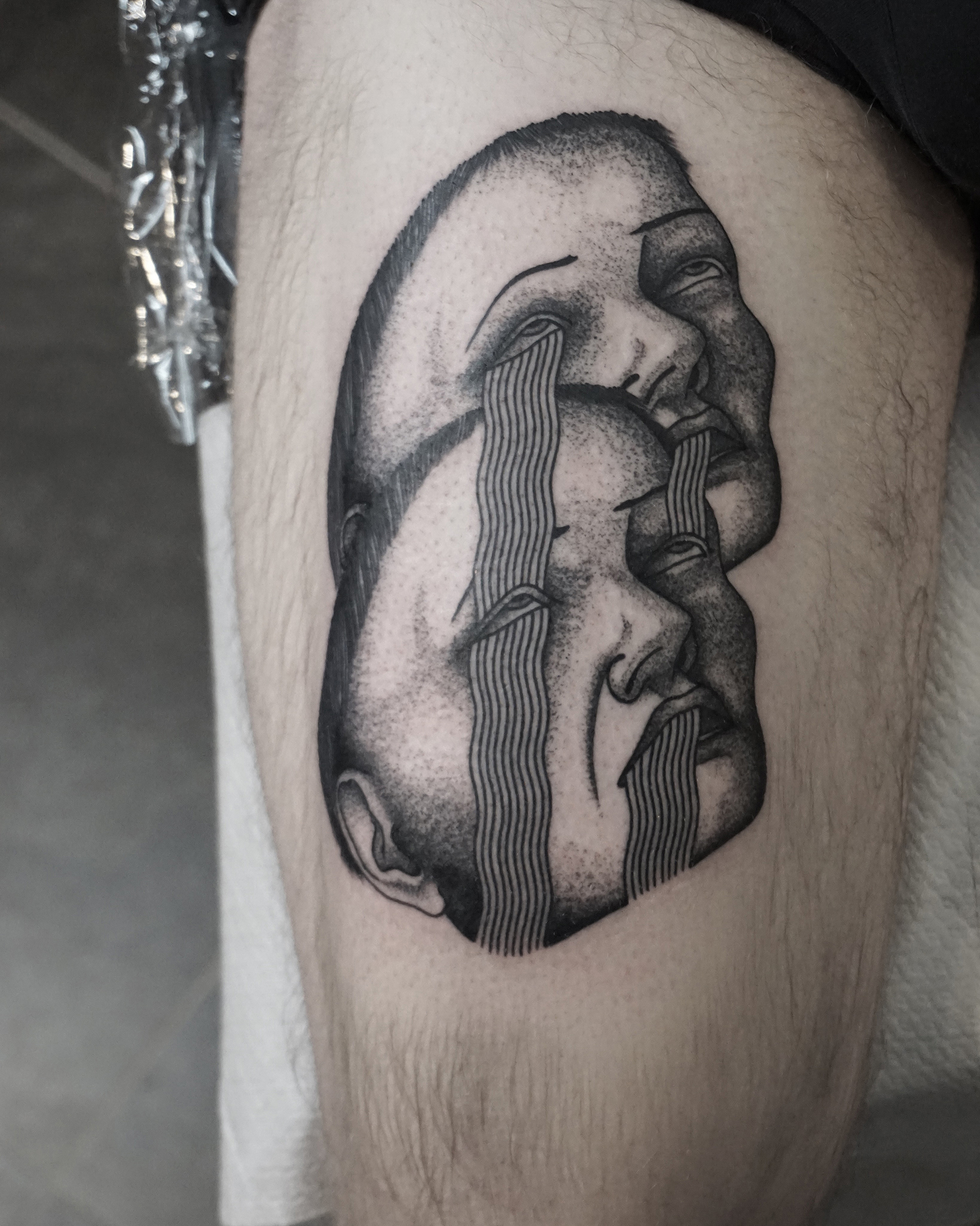 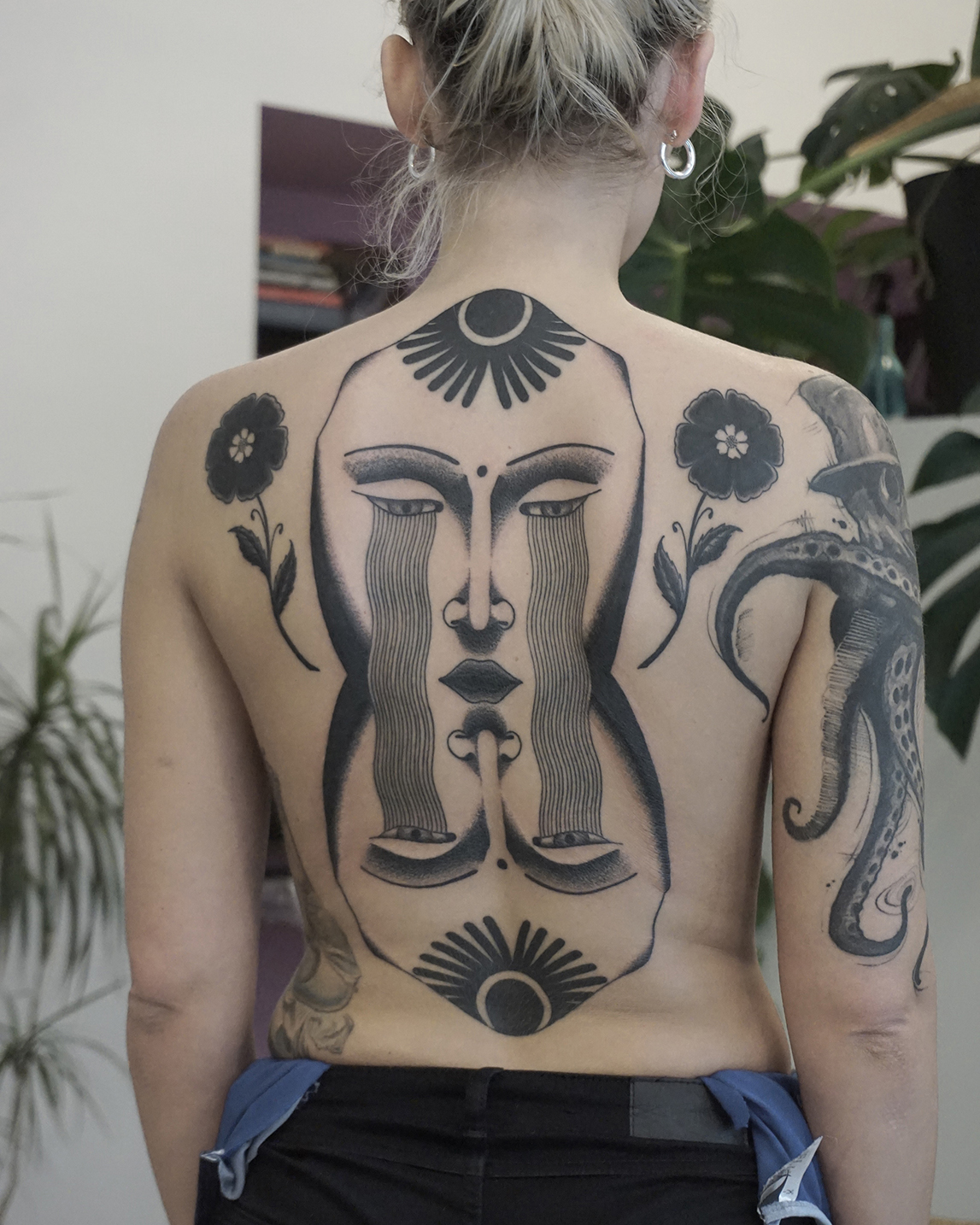 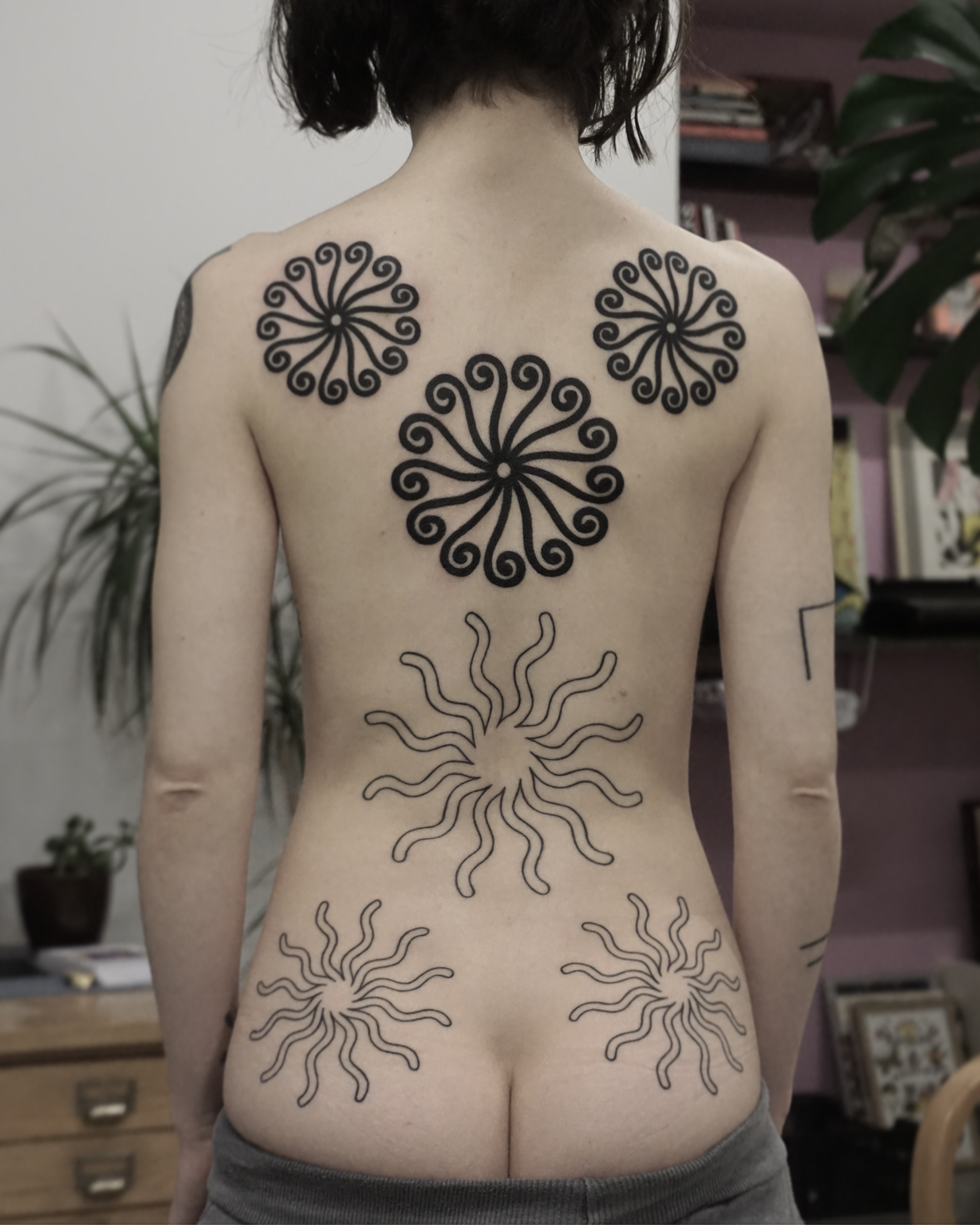 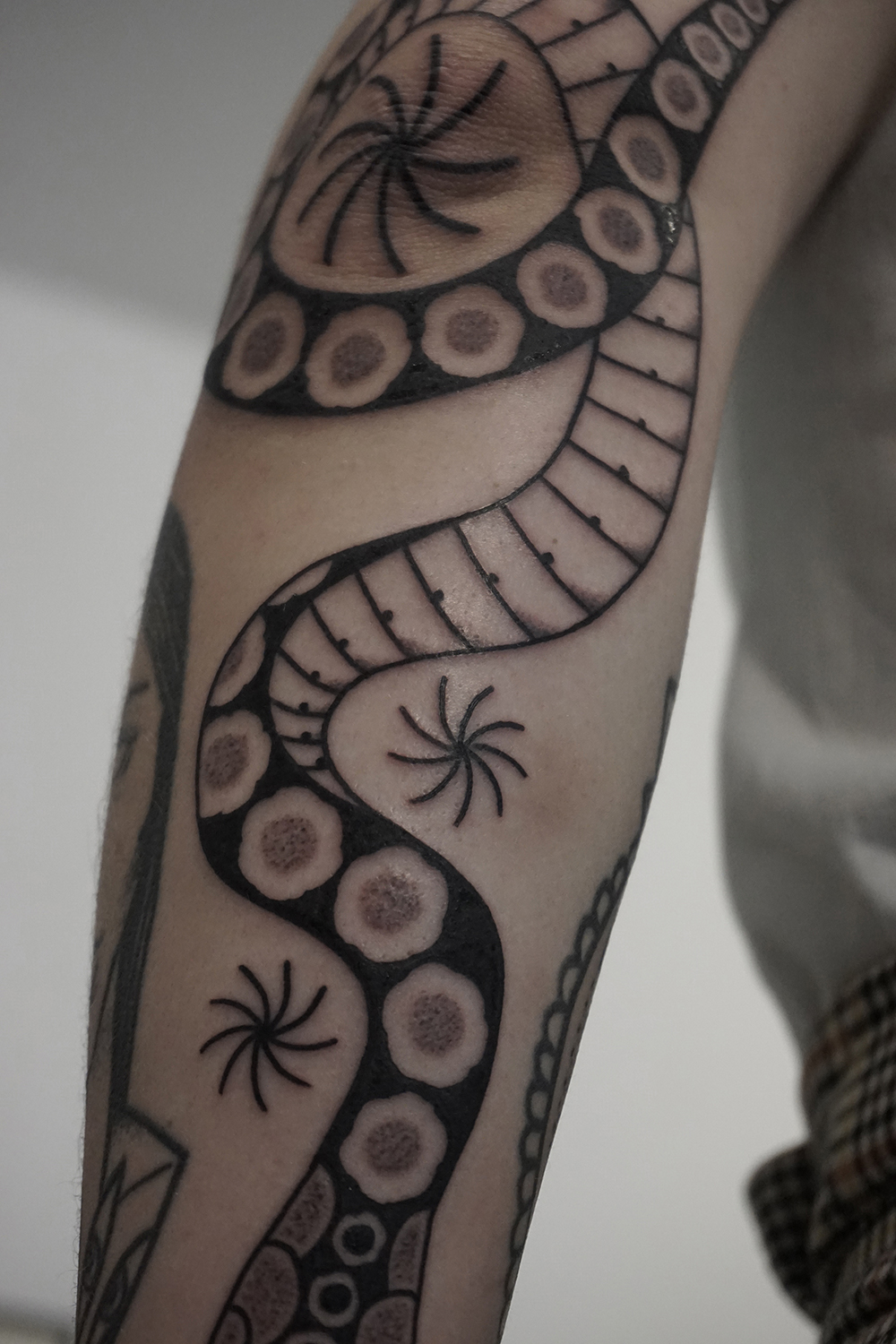 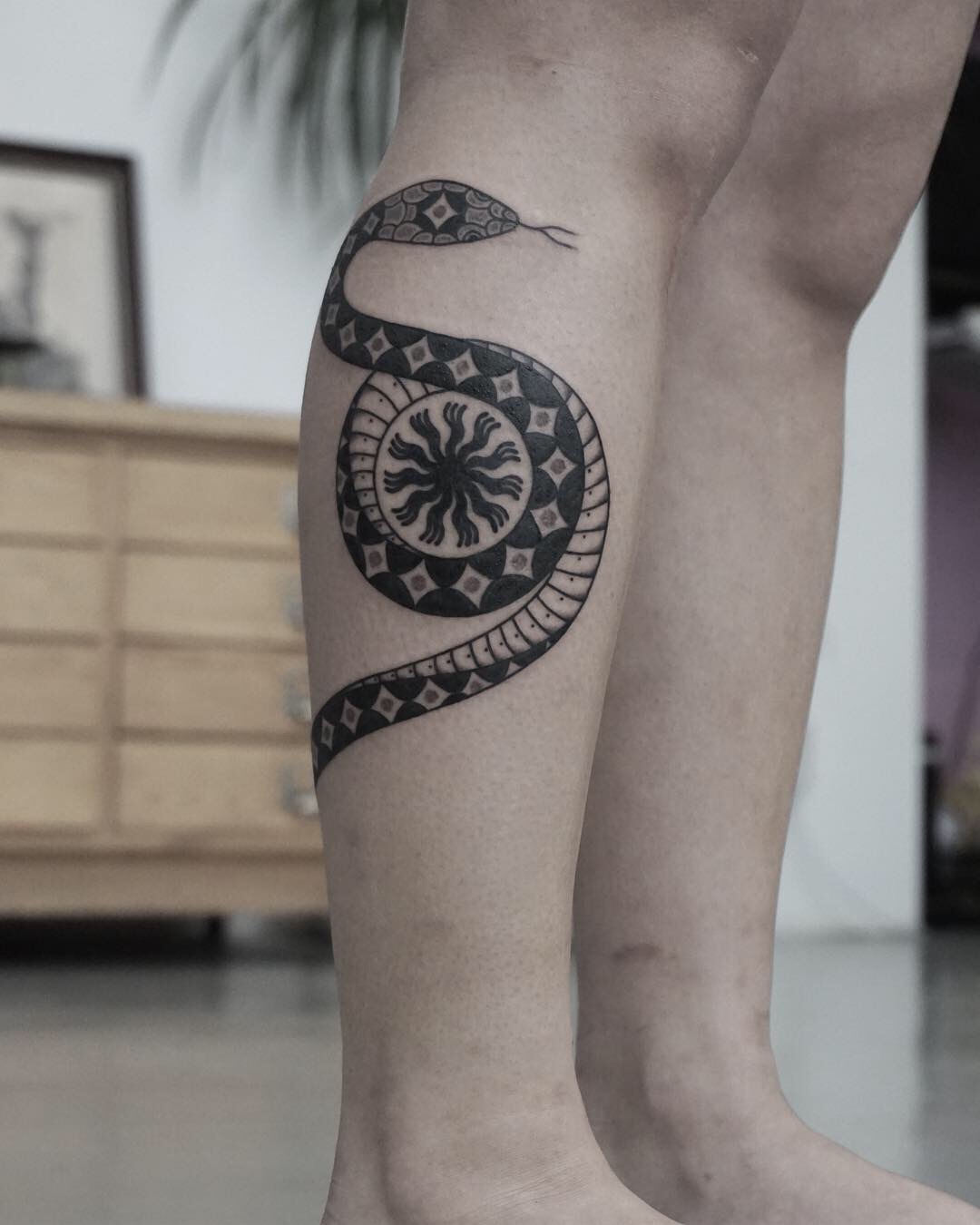 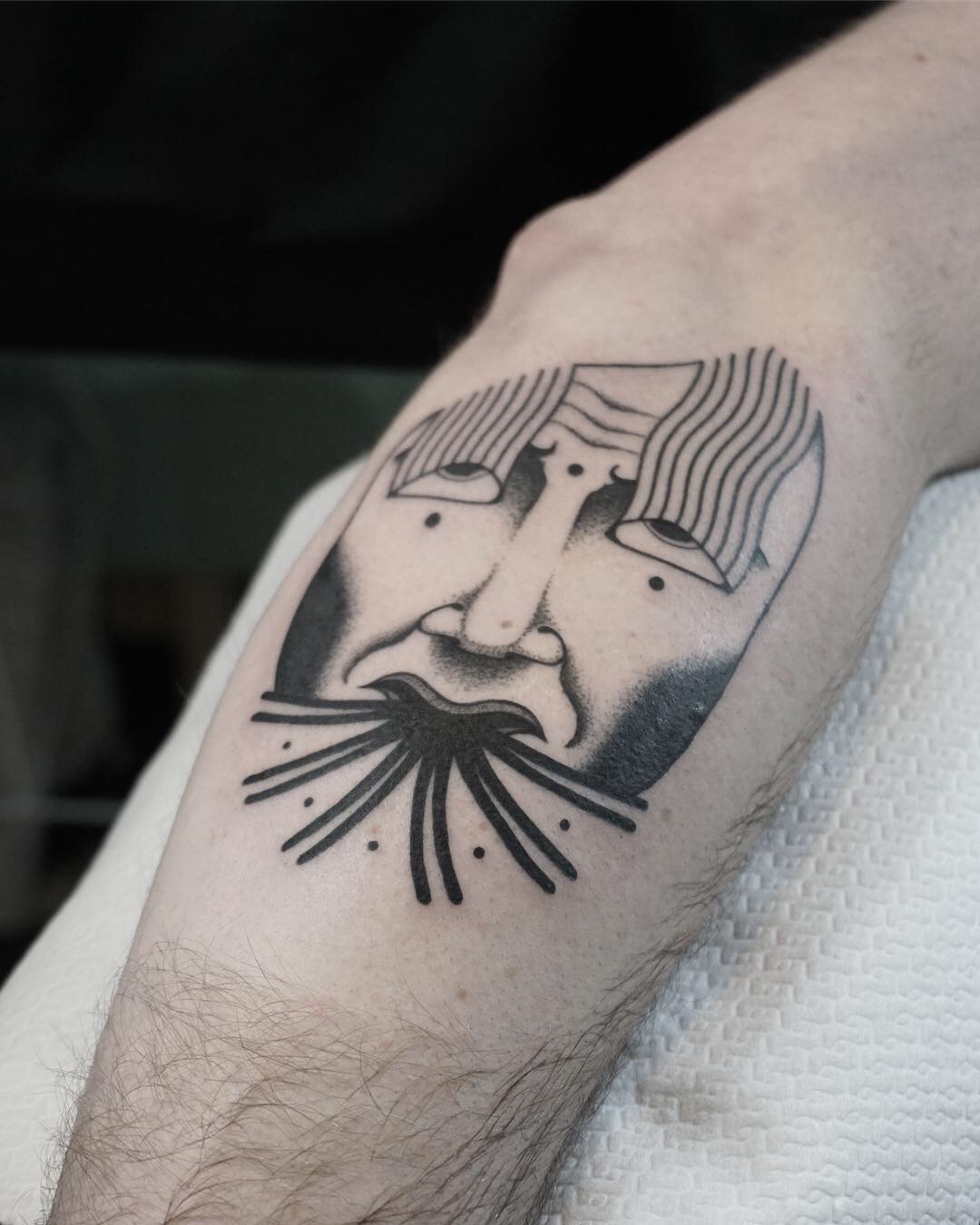 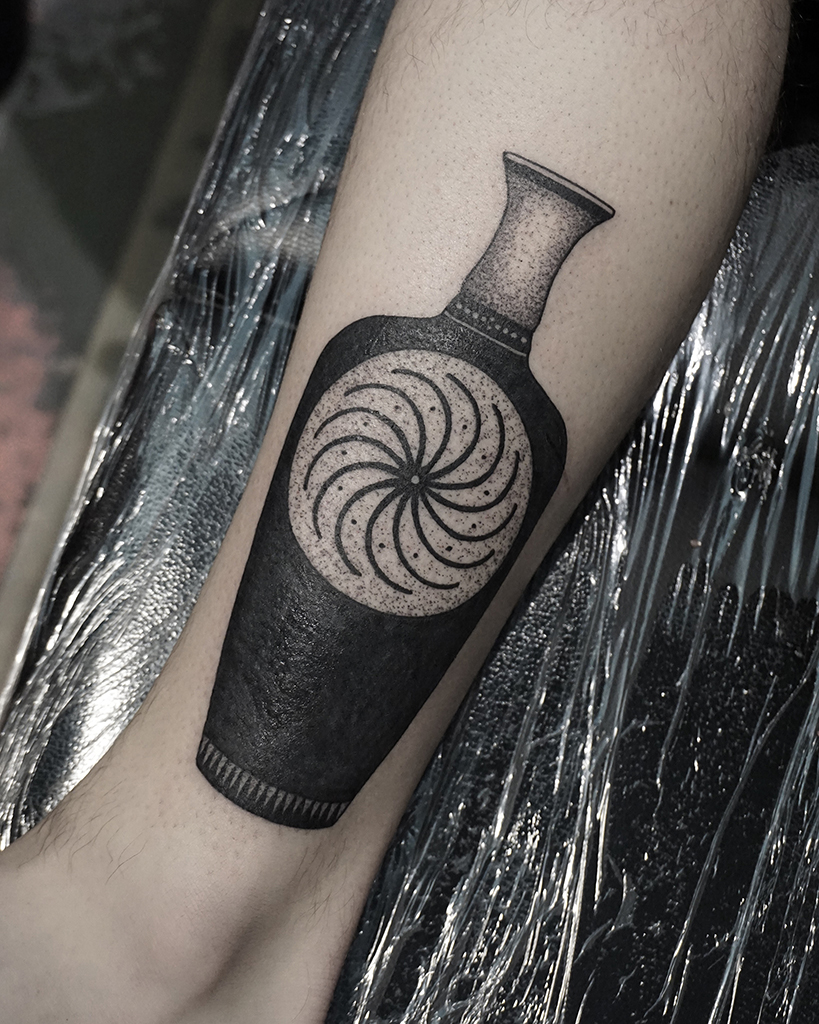 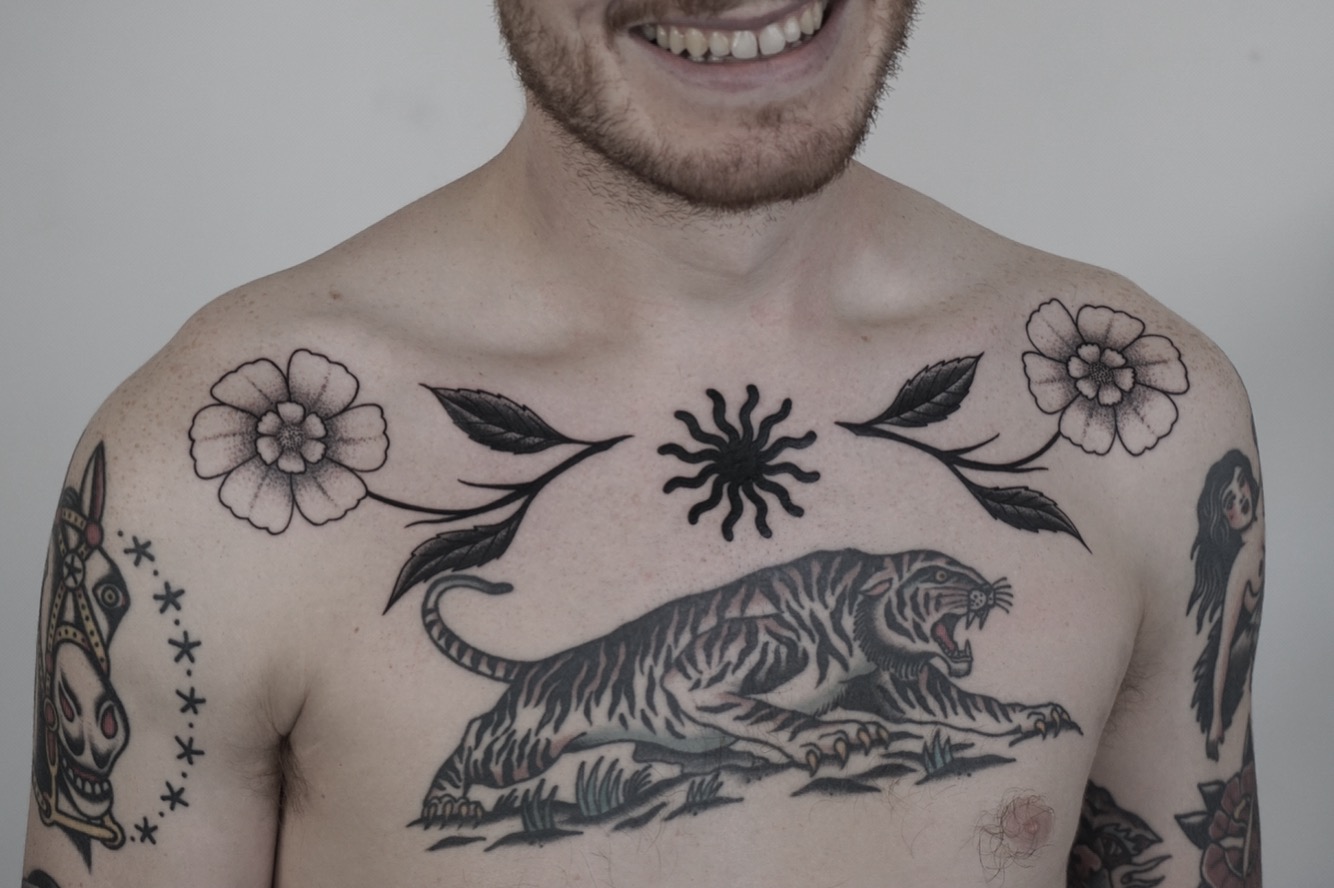 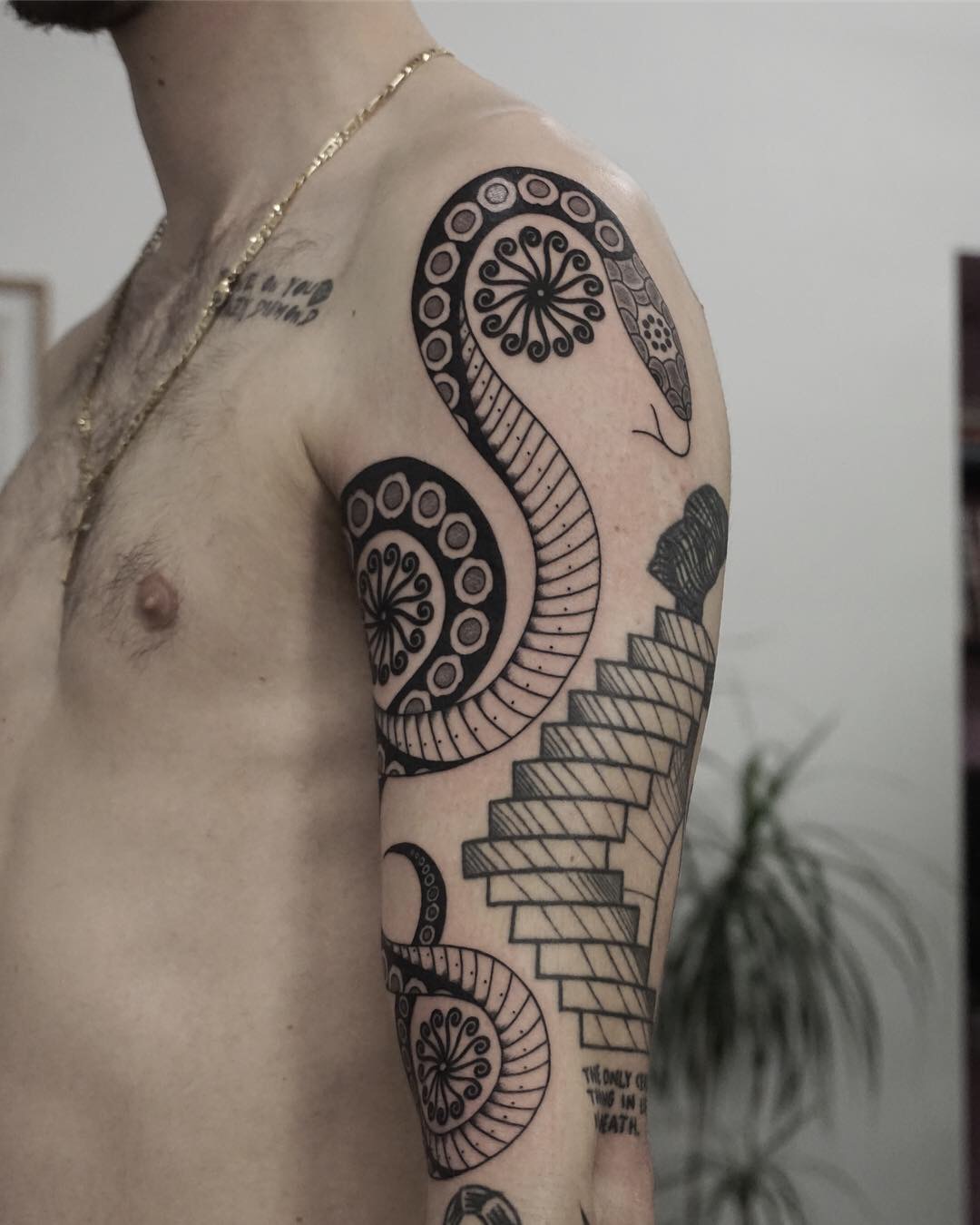 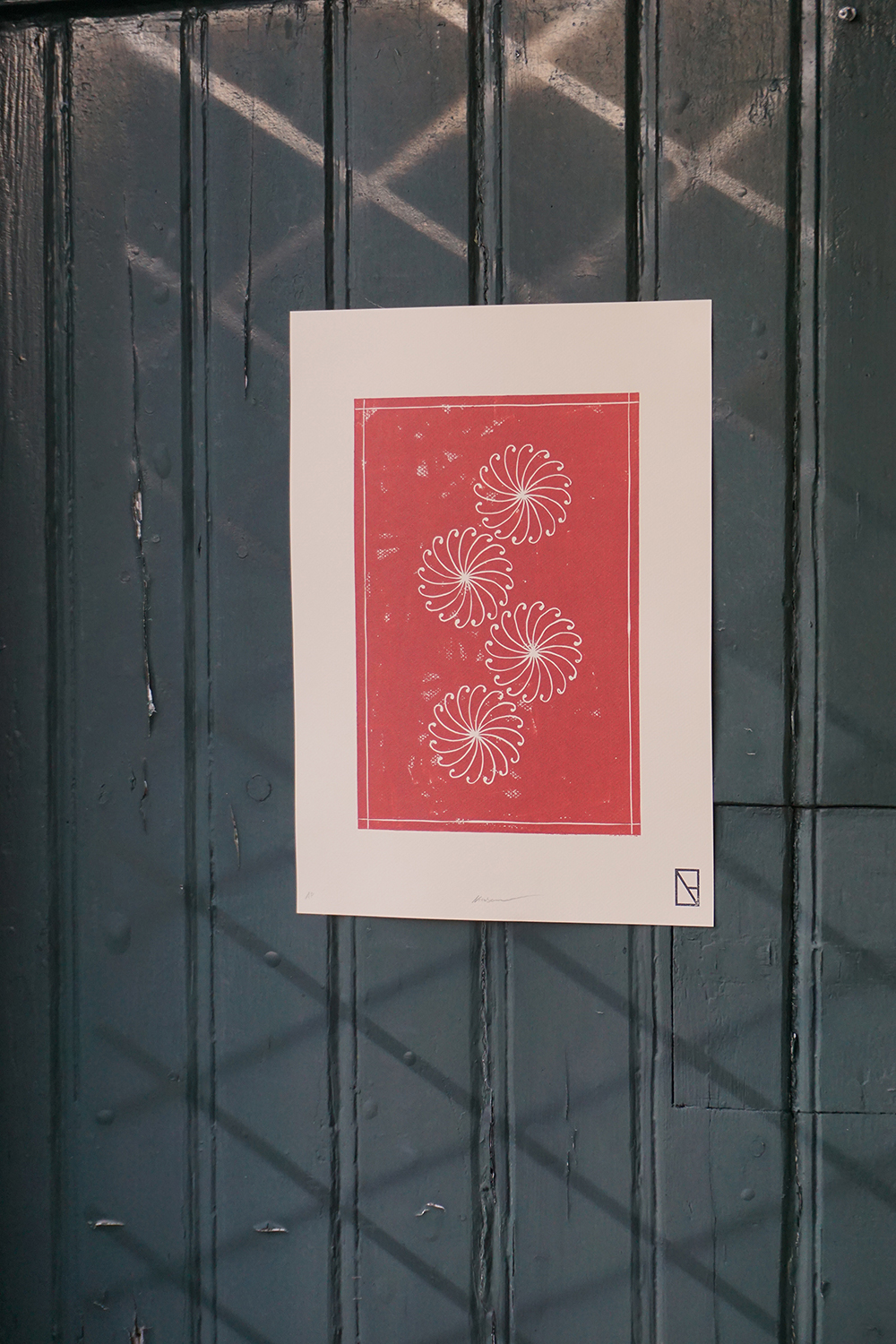 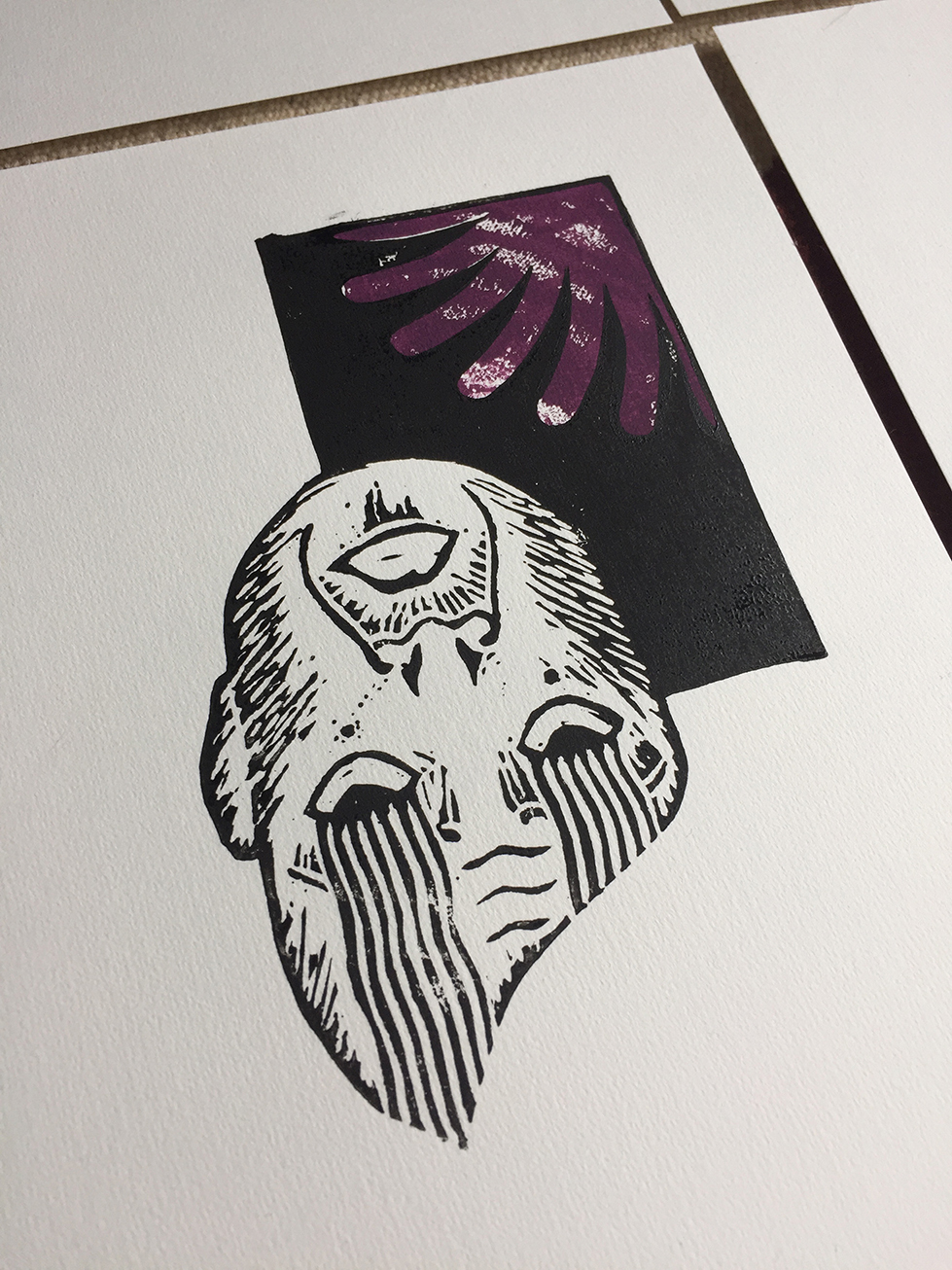 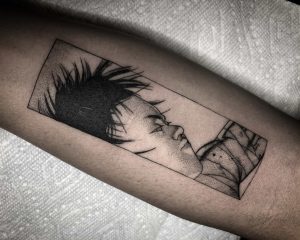