In the second part of its Pride series, TTTism continues to celebrate the presence of the LGBTQ+ community, and recognise the hard work that still needs to be done to ensure anyone, no matter their identity, feels safe and empowered within the global tattoo community. Here TTTism presents the responses of LGBTQ+ tattooists from around the world, discussing what the current shape of the tattoo world is for LGBTQ+ people, and how the community is remoulding this world for themselves.

Stewart O’Callaghan (@stewartoctattoo)
Tattooing has changed a lot in the time I've been involved. Before Instagram, we were more connected by word of mouth and reputations, so the idea of a gay tattooer wasn't so openly celebrated – more often it was derided. My mentor, Henry Hate (@pricktattoolondon), is such a bold and unapologetic gay tattooer that I feel grateful to have studied under him. He taught me to be proud of who I am in an industry that didn't always represent us, and had me learn about previous, and often undiscussed, queer trailblazers like Cliff Raven and Phil Sparrow. Now things are different and social media allows tattooers to represent themselves. It's been interesting to see the shift and, whilst I miss the old days of shops and the camaraderie that came with, I can't help but be bowled over by the explosion in queer visibility and self-expression.

I've always been a big supporter of being visibly queer in traditional tattooing spaces to change people's attitudes, but when I think of remoulding the community I immediately think of Brody Polinsky (@brody_polinsky) and their amazing space UNIV ERSE (@universe_studio). We worked together a few years back to get the Queer Tattooers Instagram (@queer_tattooers) off the ground and bounced around ideas to take it further. I had to step away from being directly involved when I fell sick with chronic leukaemia, but am super pleased to see how much it has continued to grow. Now I have continued that ethos and started a community project for queer cancer patients in London after seeing that cancer-care was another area where we're not fully represented. The project is called Live Through This. To find out more or get involved you can find us on Instagram at @live.through.this.

Ciara Havishya (@la_tigresse_): "Coverup chest piece incorporating Indian Mehndi patterns. This is one of many pieces that exemplify the work I do in translating Indian patterns to tattoos and adapting them to the anatomy of my clients. Being Indian myself and growing up with a lot of stigma around tattoos, this is my way of honouring my background while also shaping for myself what it means. Many of my experiences with Indian culture growing up were overwhelmingly negative so tattooing with these patterns is a way of reclaiming that part of me."

The last couple of years I’ve seen queer tattoo projects like the Queer Bod Mod Compass, the #qttr hashtag and my own project, @qpoc.ttt – meant to increase the visibility of queer POC tattooers, alongside other accounts doing similar work. I think the queer tattoo community is now more visible than ever. Tattoo collectors have resources available with which they can find a tattooer who is likely to share similar experiences and values. I do think, however, that we are at a bit of a crossroads at this point. Visibility doesn’t mean much if it isn’t accompanied by active engagement and intentional support that addresses the whole individual in need of support. I think that’s been the lesson I’ve learned in running the QPOC tattooers Instagram. I started getting white tattoo collectors asking repeatedly where they could find a QPOC tattooer in their area, more because they wanted to support someone they perceived as marginalized than because they actually liked the tattooer’s art. In my own practice, I have clients reaching out often asking for tattoos in styles I don’t practice because they just want a tattoo by a queer, or POC or sometimes a « woman » artist, even though I don’t identify as a woman. In those circumstances, I feel as though that kind of visibility feels more alienating than helpful, because it erases the intention and care that I put into my work and reduces me to a certain set of identities.

However, I’m also blessed by this level of visibility and safety. I don’t make queerness the centrepoint of my artistic practice in explicit ways, partially because I grew up with certainty of who I am and the relative safety of my area. In my own life and practice, I’ve had much more of a struggle dealing with my Indian heritage as it is both visible and invisible, depending on the context and the people around me. That element of my identity has become the crux of my tattoo practice.

I hope that with all the visibility we’ve had as a tattoo community, others also have the privilege to go beyond being visible for being queer, to excel in what they want to do, and to be industry leaders in their integrity and inclusiveness as well as their craft. So many of us in queer tattooing have not had the formal training of our predecessors and so many of us are just so hungry to grow.

In my little tattoo world, I set out two years ago to create a safe tattoo shop that would act as a home to queer and alternative tattooers, and I’ve recently decided to close the shop for various reasons. I see lots of queer tattoo collectives and queer safe spaces cropping up in various places and I am so interested in their growth and development. I think as a whole, many tattooers are working with various definitions and understandings of what queer tattooing is, and what a safe space truly looks like within a work environment; differences of opinion and values can be difficult to endure in these spaces.

I’m seeing tattooers creating forums of discussion for mental health, politics, and art on their social media pages, to the point that I think many are taking on roles that amount to high profile activism. There are many tattooers leveraging their ability to raise money, to bring awareness to various causes, and to fundraise. In my own experience, the spaces I’ve created with the shop and with @qpoc.ttt were a bit flawed, in that I sought to create visibility, without other criteria for establishing what values I wanted in my spaces. I’m curious and interested to see where queer shops and collectives will go in the next few years, I’m curious to see on what foundations they’re built and what metrics they may use to determine their success.

For myself, I’ve come to realize that a safe space for me isn’t necessarily the presence of certain people or certain values. It’s just the absence of cruelty, carelessness, and moral and intellectual apathy.

Amit Mendel (@auto_christ): "Me in drag"

Amit Mendel (@auto_christ)
I guess openness is really improving lately and I see a lot of young tattooers with a queer approach as their default, which is great. Personally, I’m not from the traditional parts of the tattoo scene, which still seems pretty fucked.

It is very important to give voice to struggling bodies and if you do so today, so many people will relate – including people who hadn’t yet felt safe to stand out, particularly online. Empowering unconventional new languages can break walls and for the LGBTQ+ community that is today's mission. Spread love! Peace and x.

Katie Mcpayne (@katie_mcpaynetattoo): "An example of a colored tattoo on a black person."

Katie Mcpayne (@katie_mcpaynetattoo): "An example of what I want to propose for the community so they can feel represented."

Katie Mcpayne (@katie_mcpaynetattoo)
The tattoo world for LGBTQ+ people, if we just look at the mainstream tattoo world, isn't the most welcoming and open minded – but the tattoo industry is no different from other industries and it is just a reflection of today's society. It doesn't surprise me that we still need improvements to make space for the LGBTQ+ people in this world, but I think it is starting to change more and more. It’s becoming more and more welcoming; I can see LGBTQ+ people working in mainstream street shops, opening the discussion about this and making the space we need. LGBTQ+ people are opening shops on their own, so everyone can feel safe and welcomed. Some started to learn by themselves because they had no choice, and they pushed boundaries they couldn't have crossed if they had stayed in the traditional path of the tattoo world. They continue to encourage the community to acknowledge our problematic assumptions and sensivities on what it is like to be queer, pushing for practices to be normalised such as asking what pronouns someone uses. It’s important to continue to propose designs with queer couples, trans bodies, etc.– because representation matters so much. Tattoo studios can become places where we can discuss how to uplift and help each other, by doing talks or flash days for charity for instance. I'm thinking of places like Welcome Home Studio (@welcomehome.studio) in Brooklyn or Sibylles Shop (@sibylles.shop) in Bordeaux that are already embracing these things.

We’ve also started to talk about other problems, like the discrimation persons of color can face when they want a tattoo (especially using colored ink). We have to thank the queer black/person of color community that opened a dialogue about this, through channels such as the Instagram acount Ink The Diaspora (@inkthediaspora) especially. I'm trying to fight these stereotypes. I make an effort to ask my clients who are people of color if they want to try colored ink, because it might not be the same result as on white skin but it does work! This spreads the message that we have to try to change our vision about this and that no matter what people will say – COLORS CAN WORK ON BLACK PEOPLE AND PEOPLE OF COLOR.

My work focuses on representation and I'm trying to do my best to be inclusive and intersectional. I’m not perfect but I am always willing to learn!

You can read the first part of our pride series here. 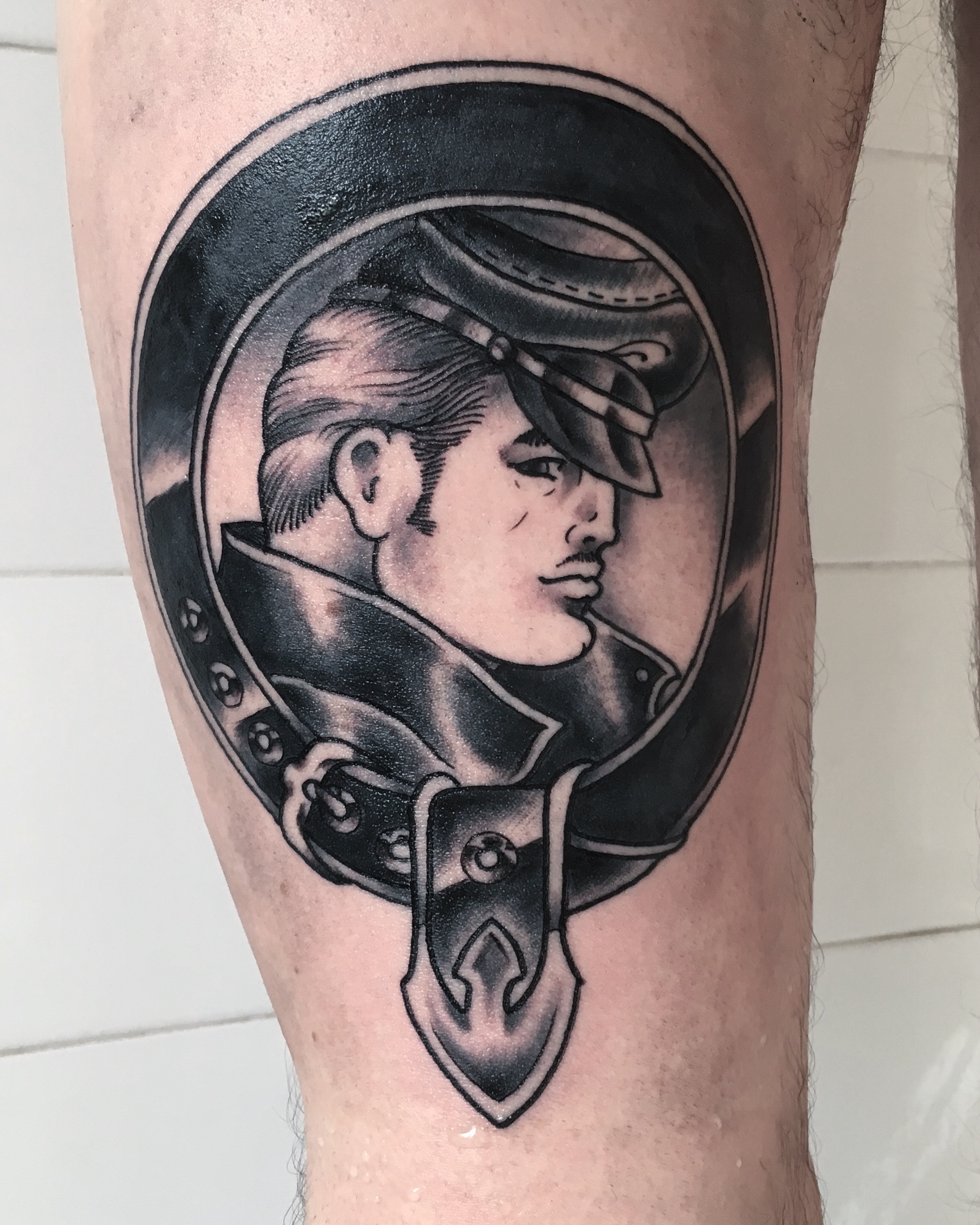 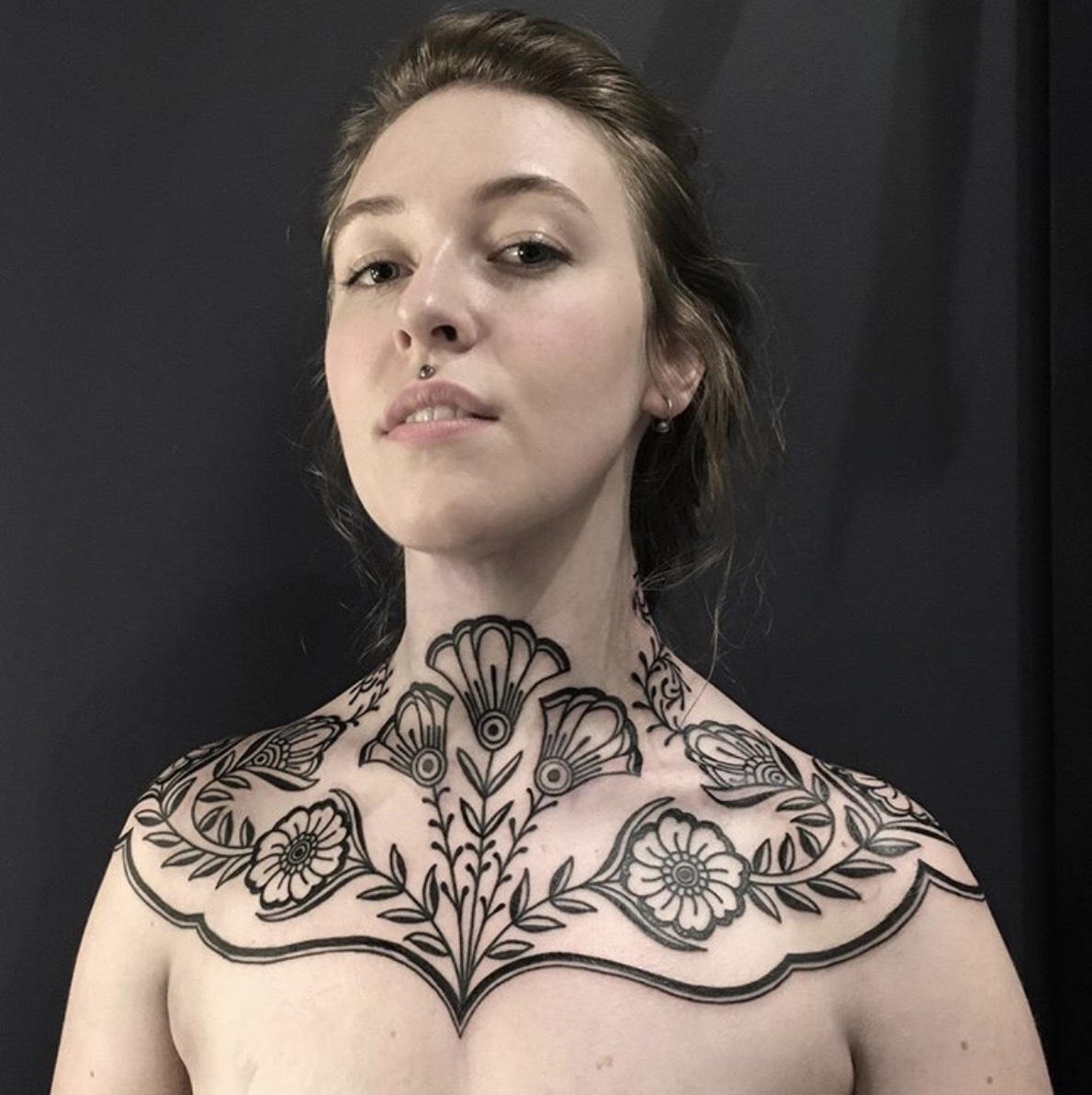 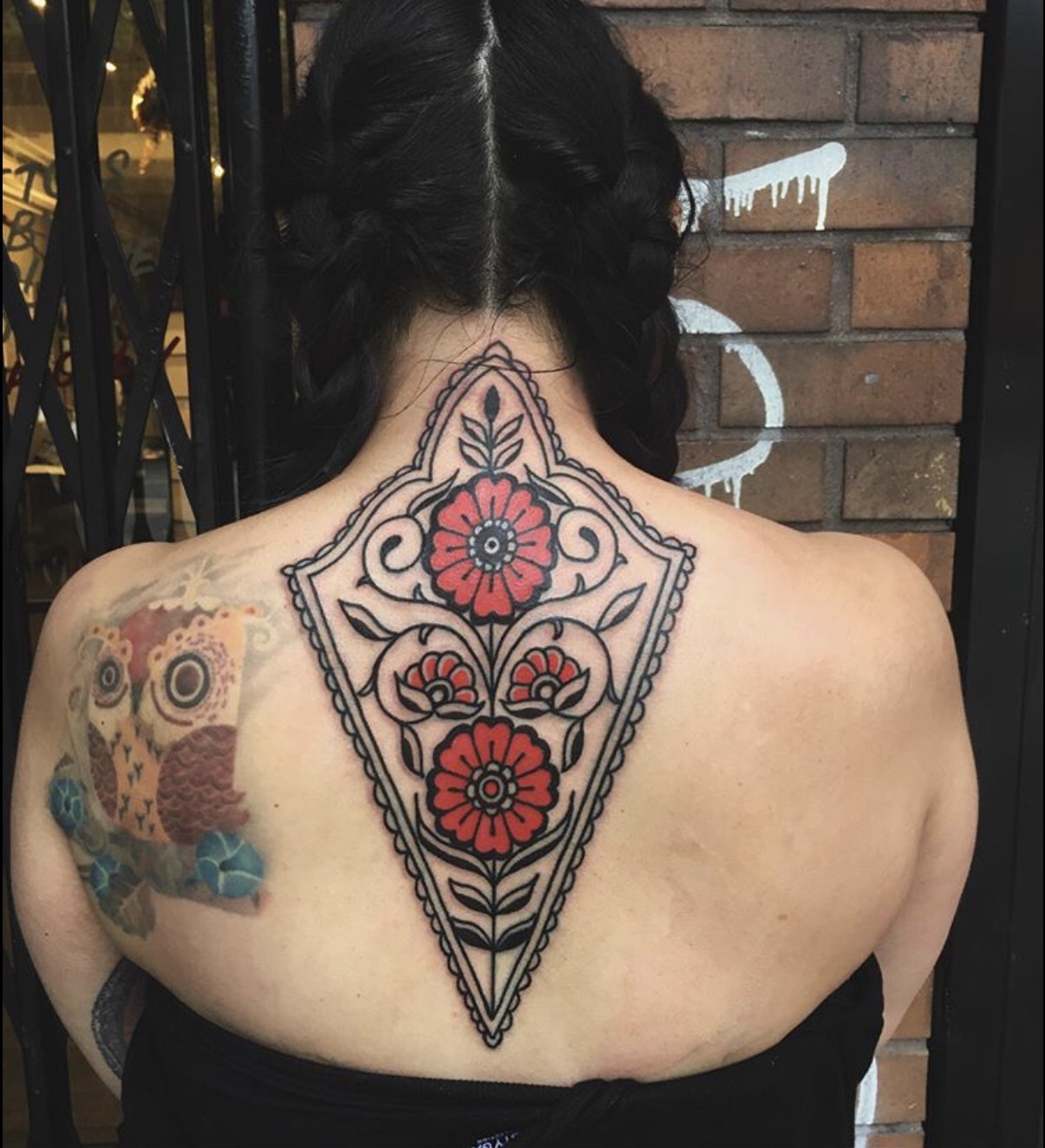 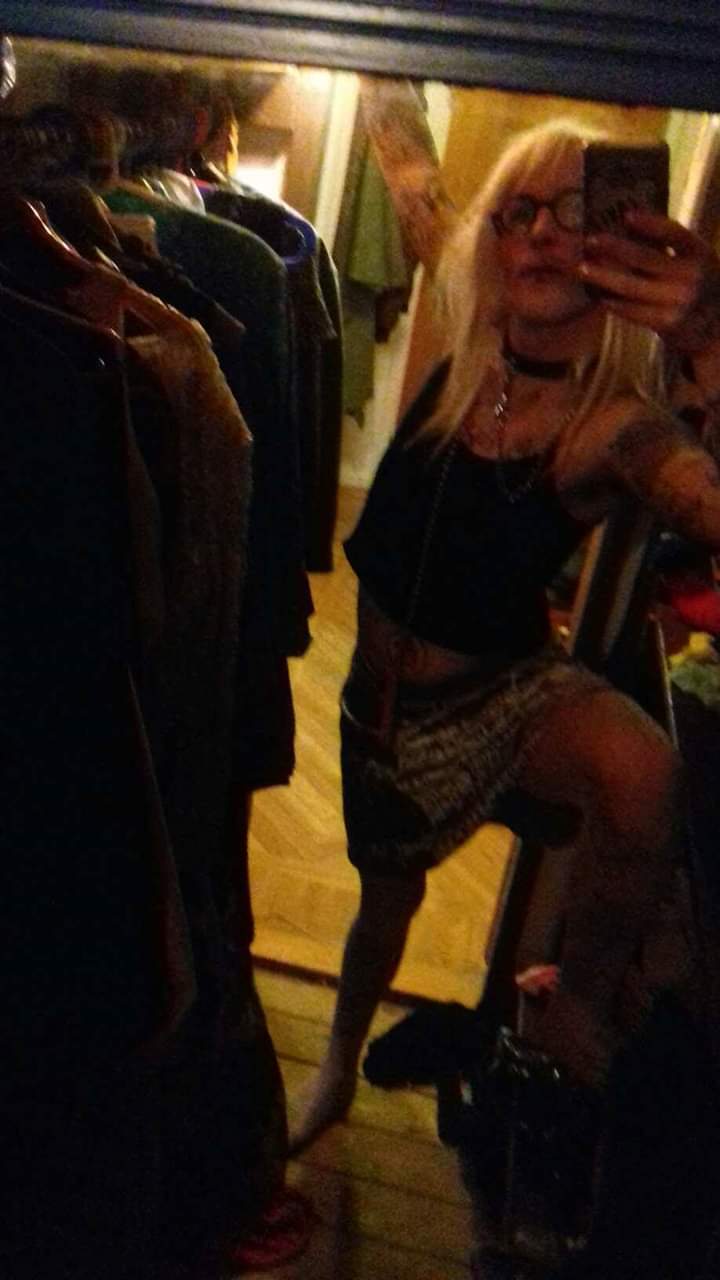 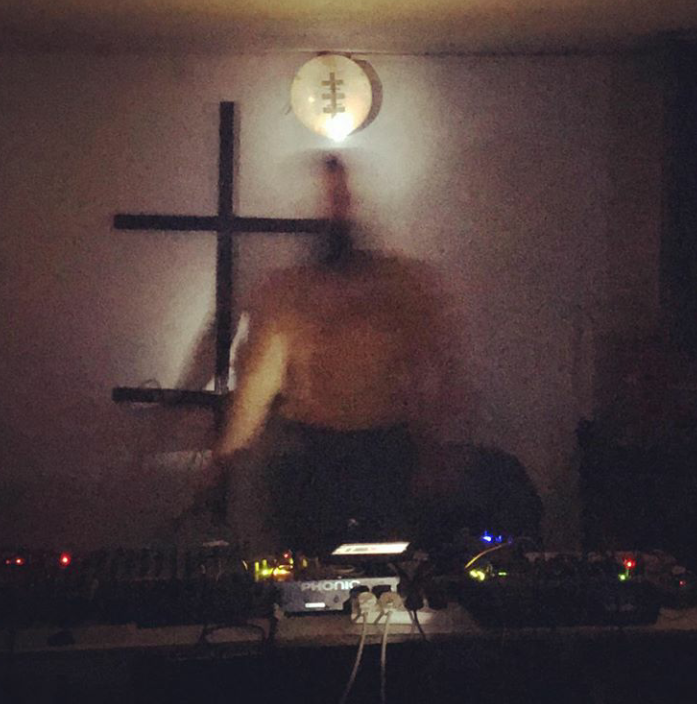 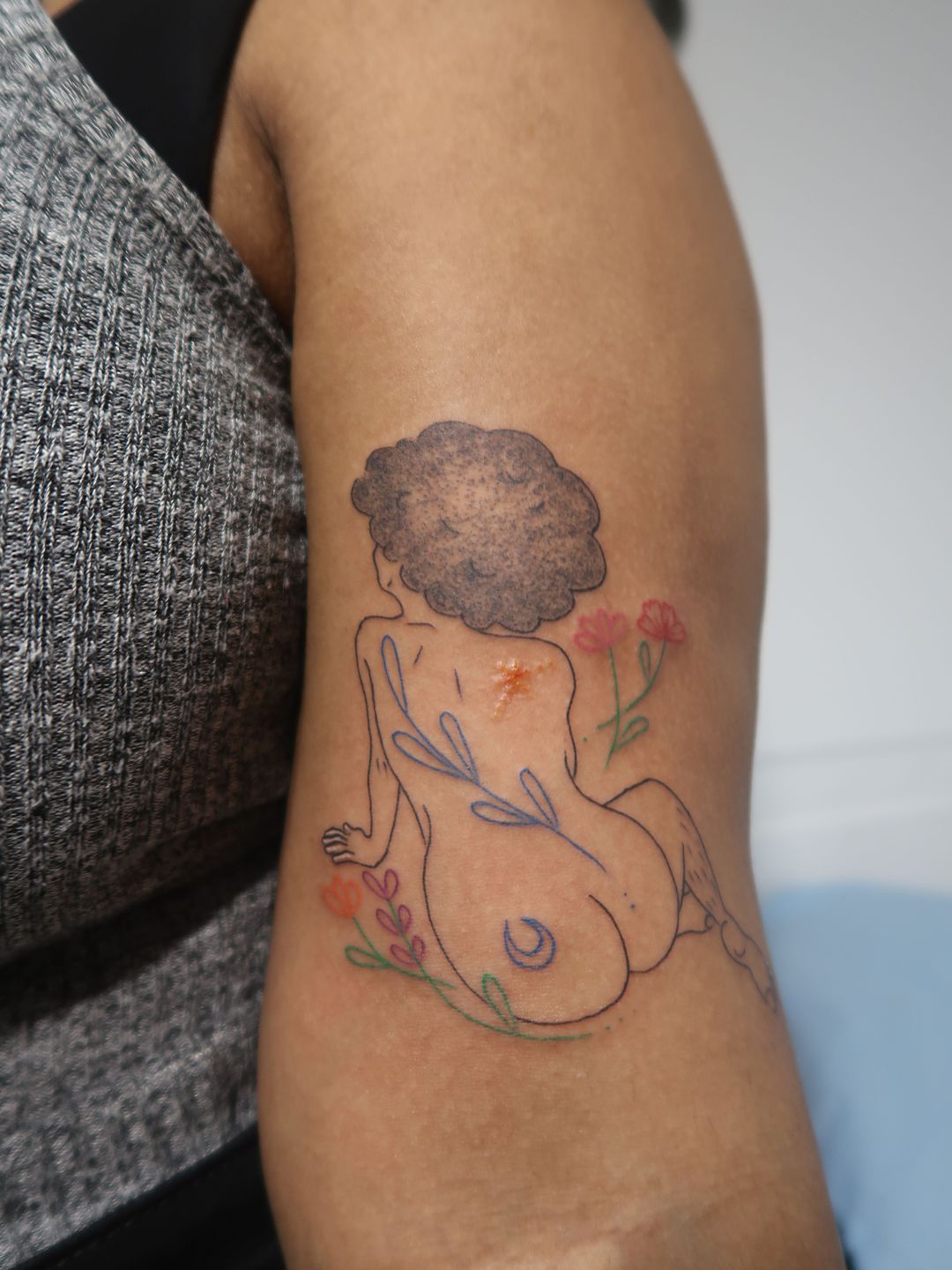 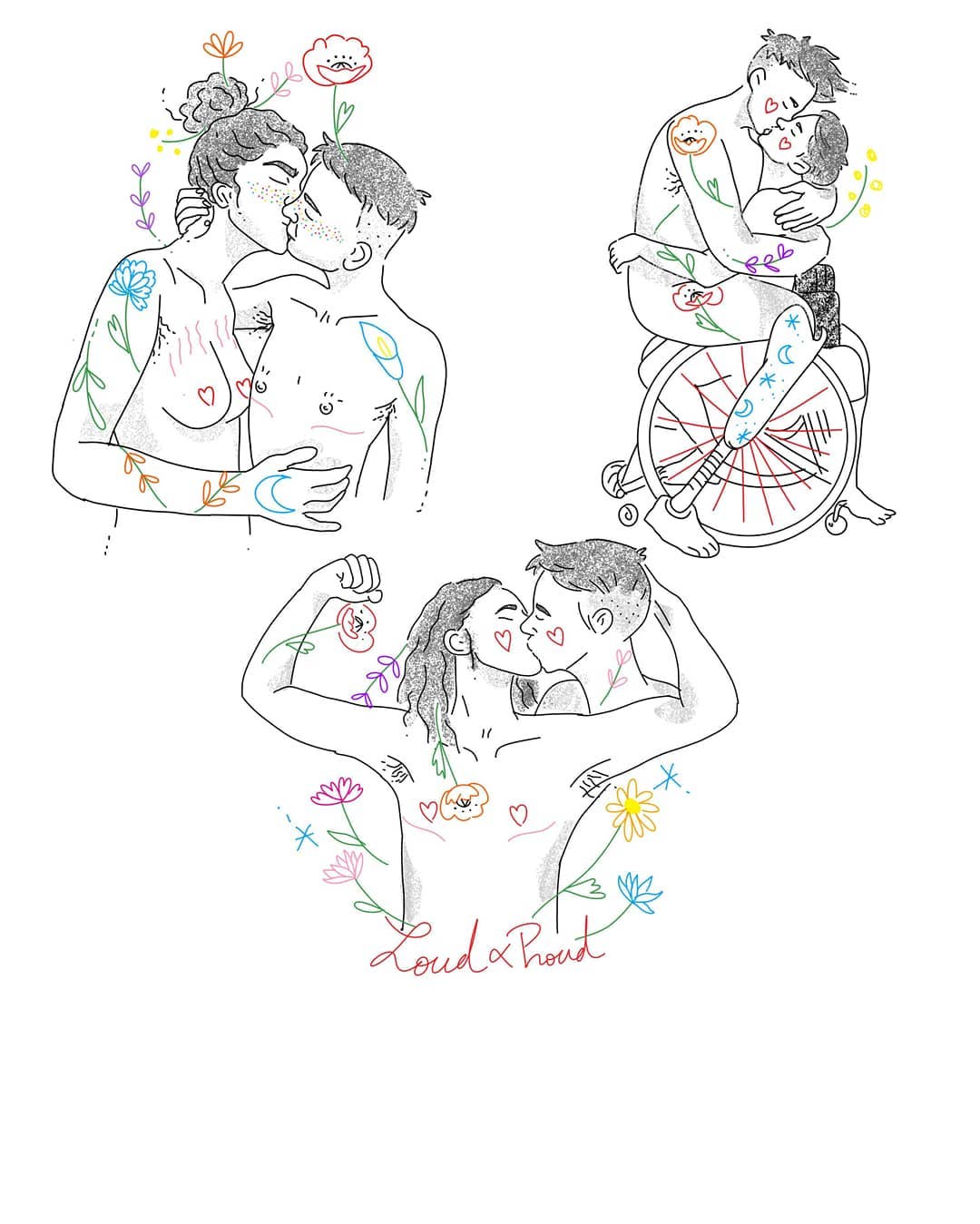 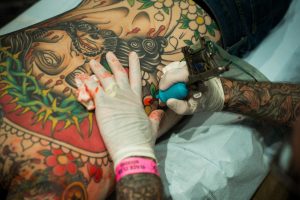 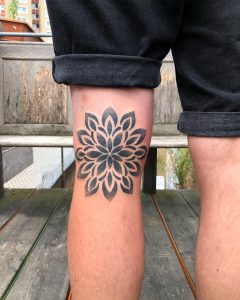 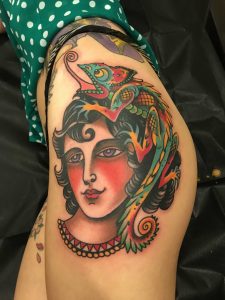 Chad Koeplinger on Hardcore Music: A Conversation With Ed Crooks