Spider is a tattooist based in Melbourne, Australia. His no-nonsense style is rooted in American Trad, amalgamated with influences from his wide-ranging travels and heavily laced with punk references. Driven by a vivid interdisciplinary practice involving music and visual arts, Spider is an artist who isn’t about to let tattooing get lazy with its future.

What is your name, birthplace, and year of birth?

Where did you grow up? Please describe your upbringing and sociocultural background.

I grew up in Sydney until I was ten. Then we moved to Atlanta Georgia for a few years, back to Sydney, and then San Francisco for my pivotal teen years aged 15 to 18. San Francisco was incredible. It was the mid 90s and I was immersed with punk music at Gilman Street, fought the jocks in high school, and got a tattoo when Spider Murphy’s first opened. My family moved back and forth because my father was a system analyst. The Internet was kicking off then so he was getting a lot of work. Moving around was hard on my twin sister and I moving at first, but then I guess we just embraced it.

Where do you currently work? Prior to that, where have you worked?

Currently I’m lucky enough to be working at Melbourne Tattoo Co. I just moved down to Melbourne to live with girlfriend, Tessa Claire, about six months ago and it’s going great. Before that I worked at Thanks Tattoo in Sydney–I love that shop too but I needed to get outta the cross¬–it was killing me. I still go up to Sydney once a month and guest spot with Gummy and Wick and have a few laughs! Prior to Thank I’ve worked or guested all over the world: USA, London, Berlin, Japan, Russia, Sweden, Croatia, Italy, Czech Republic, and Ireland– just to name a few.

How long have you been tattooing?

Ten years and a bit. The first three years were mostly mopping the floor and creating more work for laser removal companies– but we've all gotta start somewhere!

What inspired you to learn tattooing, and what did you initially learn how to tattoo?

I had a traditional apprenticeship for three years. I cleaned the shop, did tubes, and made stencils by hand. A man called Carl Carlson gave me a shot after I harassed him for a go years back. I’m forever grateful. We met when I was just illustrating record covers for punk bands. I would blow what little money I made from them on tattoos. I used to be in his shop every week so it was an easy transition.

Have you previously studied art in an institutional setting? If so, what level of training did you reach and in what disciplines?

Before tattooing I went to art school and got a diploma in fine art. I did a little screen printing, a little print making, and a lot of goofing off. Everything I learnt during that grueling course I still use to this day, subconsciously or not.

How did you develop your style? How would you describe it? What are your influences?

I got really inspired by Thomas Hooper. I mean, damn, I always wanted to tattoo with just dots–although my old boss wasn’t really down for that. But then the book Forever came out and I saw all these people doing this crazy stuff that I could relate to in a big way. I was really influenced by people like Liam Sparkes, Rafael Delalande, and Maxime Plescia-Buchi, but at the time I was working in a heavy American trad shop so I was taking a lot of influence from there. My main source of influence is punk artwork such as Pushead, Sugi, and Alex Heir. I also borrow a little from outlaw Russian and French criminal tattoos. Constant travelling abroad played a huge impact on my style and progression.

What do you look for in a shop?

A perfect shop, a good crew. For many years it was a male dominated area, hostile at times and we don’t need that. This isn’t the dark ages anymore. Things are changing but not enough. Brody Polinsky spoke about this a lot and he is someone I respect and love dearly. I love the shop I’m at now–everyone is respectful and we all have a laugh.

Do you have any hobbies outside of tattooing?

The kind of work I do outside of tattooing is still tattoo orientated but with more of a punk element. I get an immense influence from punk, not only the music but also the graphic artists. To me, both subcultures are parallel in their own way–drawing in the outcasts and making friends for means of subversion. I have a few hobbies. I work with China Heights gallery a lot and have a solo show coming up at the Slow Hotel in Bali. I’m transforming the space into the Chelsea. All the artwork is themed around the fable Melting Pot Hotel. In the past, my friend Mob Shitty and I created a concept called What We Do Is Swindle. We travel around the world putting on pop up shops with different artists each time. He makes killer had drawn shirts. I sold tattooed dildos, fanzines, artwork and lathe cut records. I also play in a few bands. I stay pretty busy.

What inspires you generally?

My girlfriend Tessa Claire inspires me daily. Her work is the polar opposite to mine and I think, how does she do this, you know? Fergus Simms is another inspiration and a joker I work with every day. He’s a real hard worker, on non-tattoo related stuff as well. I’m inspired by anyone with a strong work ethic who is chasing their dreams; such as my good friends Ed and Nina who own China Heights and constantly push me.

"I hope robots don’t learn how to tattoo anytime soon, I’m too old to sign back on to the dole."

Is traveling important to you? If so, where do you usually travel? Do you have any interesting experiences abroad that you can share?

Like I mentioned before I’ve travelled all over. I’ve had some great times and also some pretty close calls.
This one time in Italy I got stranded at the Milan train station. I screwed up and couldn’t get to Bologna because it was too late for the trains. Anyway, I’m walking around the station thinking what the hell am I going to do? I could feel these guys start following me. I got around the corner, slipped on my leather gloves and got ready to rumble. All of a sudden there were five big boys and I was like, I ain’t got a chance here. They asked for money and my passport. What to do? I started bashing my own head in and screaming “I want money, I want money!” I was bleeding a lot–they thought I was crazy. They left me alone. I ended up staying in a squat down the road that night that looked like it had been fire bombed more times than I have had hot dinners–but it was chill.

What is the main challenge of tattooing today?

The main challenge of tattooing is getting out of the dark ages and moving beyond red neck behavior. Tattooing needs to be more inclusive as an industry with zero tolerance for discrimination. On another note, originality is a big challenge. Matt Wisdom said to me ten years ago, “if you want to tattoo you gotta have something new to bring to the table.” Sure, everyone can make a trace of whatever this month’s flavor is but you gotta stay true to yourself–don’t follow the trends.

Ideally, how would you like to see tattooing evolve? How do you think it will evolve realistically?

I have no idea about how tattooing will evolve. It’s in a strange place now, which isn’t negative, but you have to just embrace it you know. I hope robots don’t learn how to tattoo anytime soon, I’m too old to sign back on to the dole.


You can find more of Spider’s work on Instagram (@spiderxdeath) 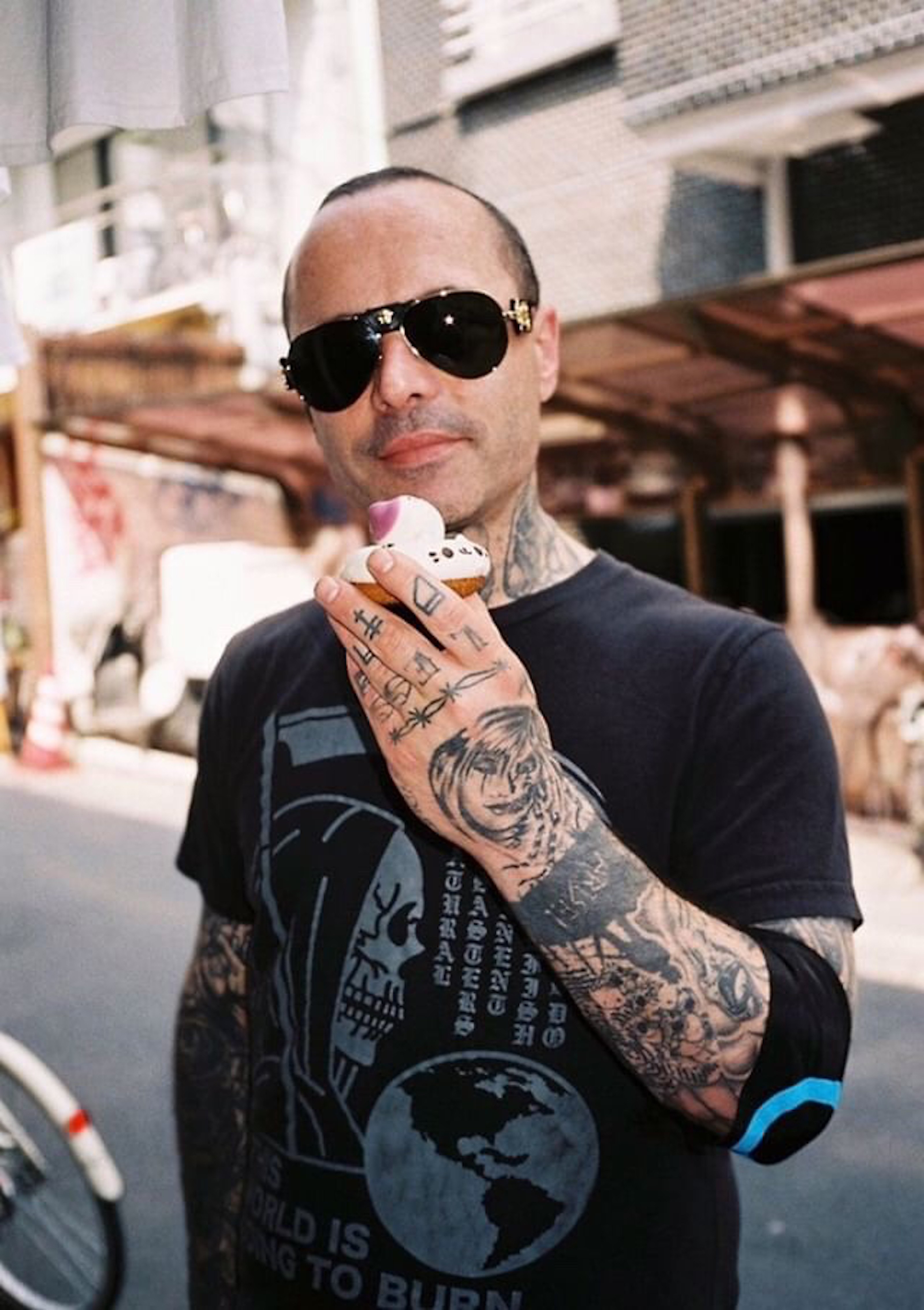 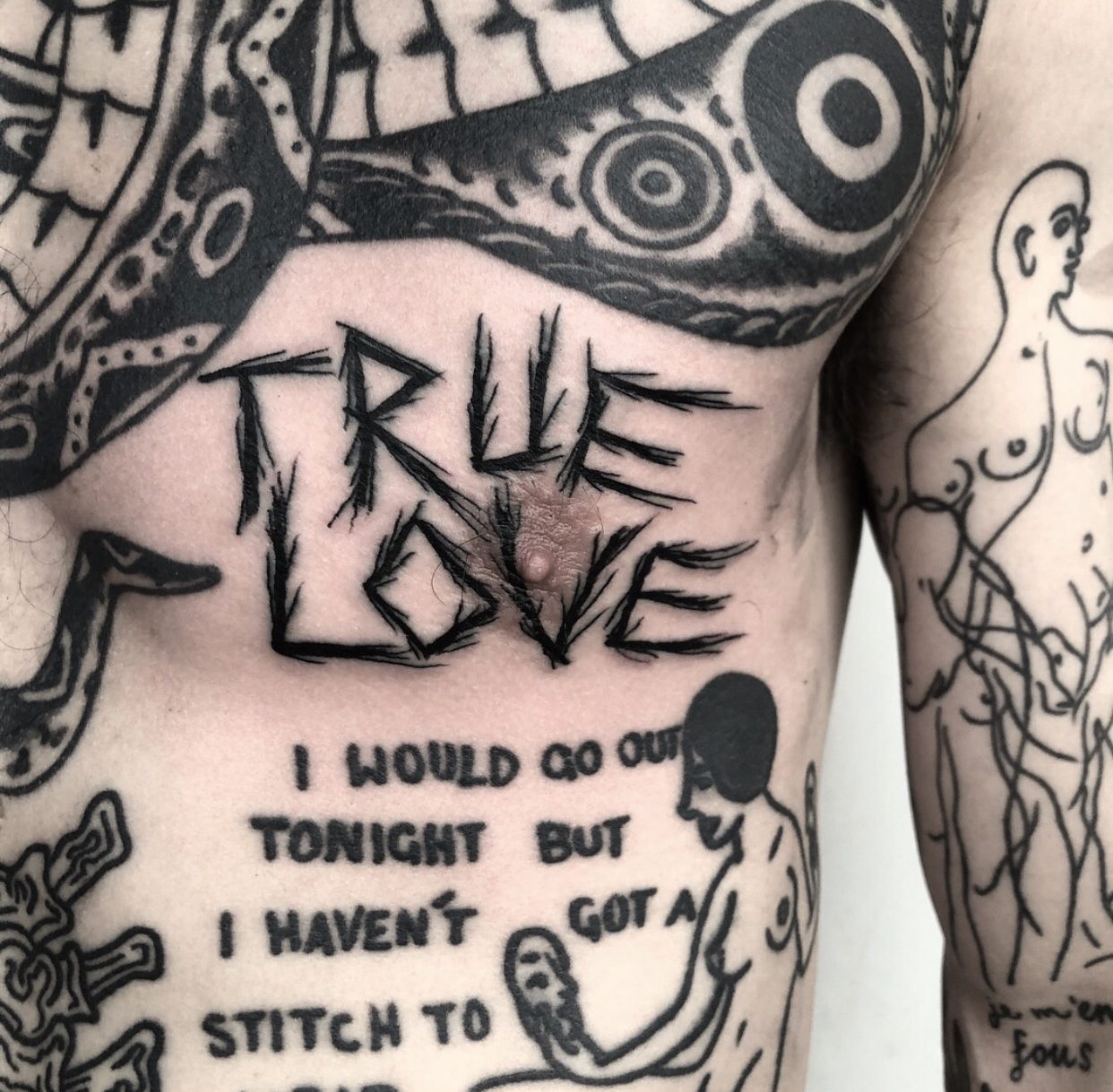 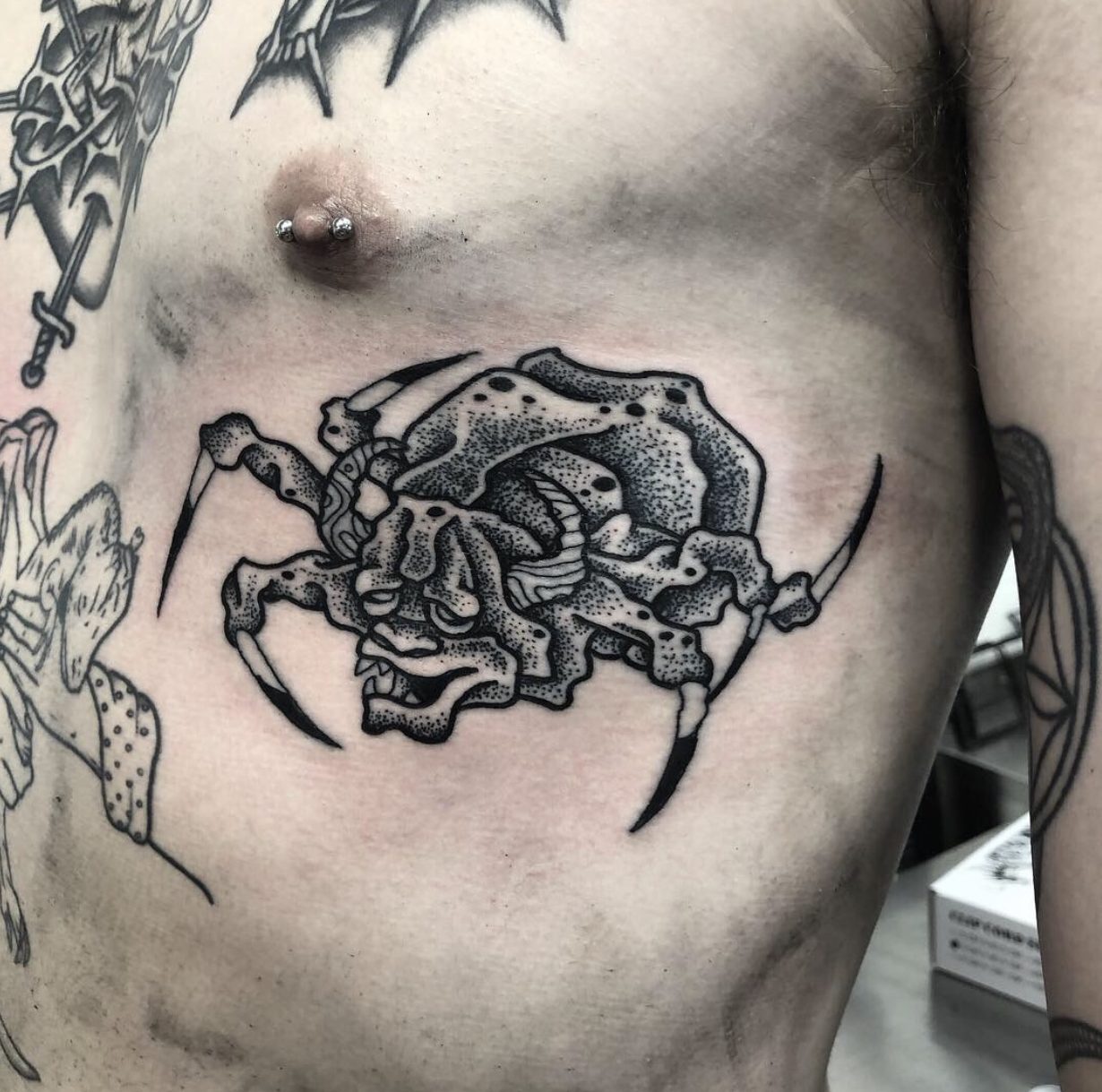 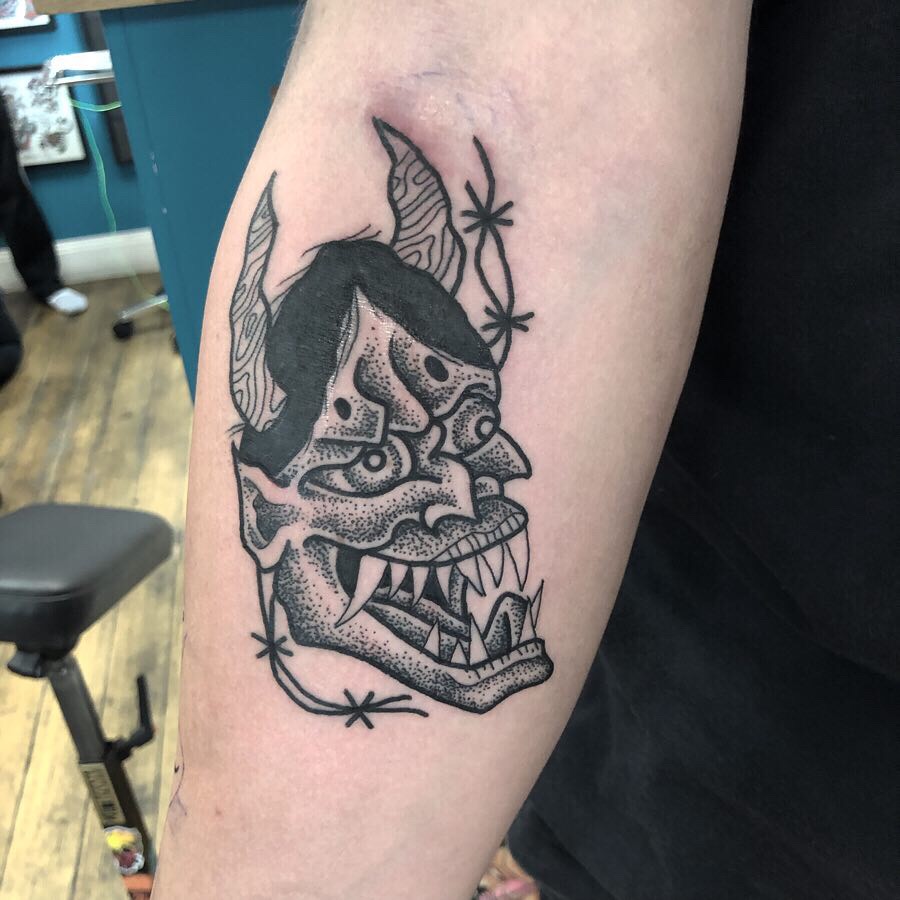 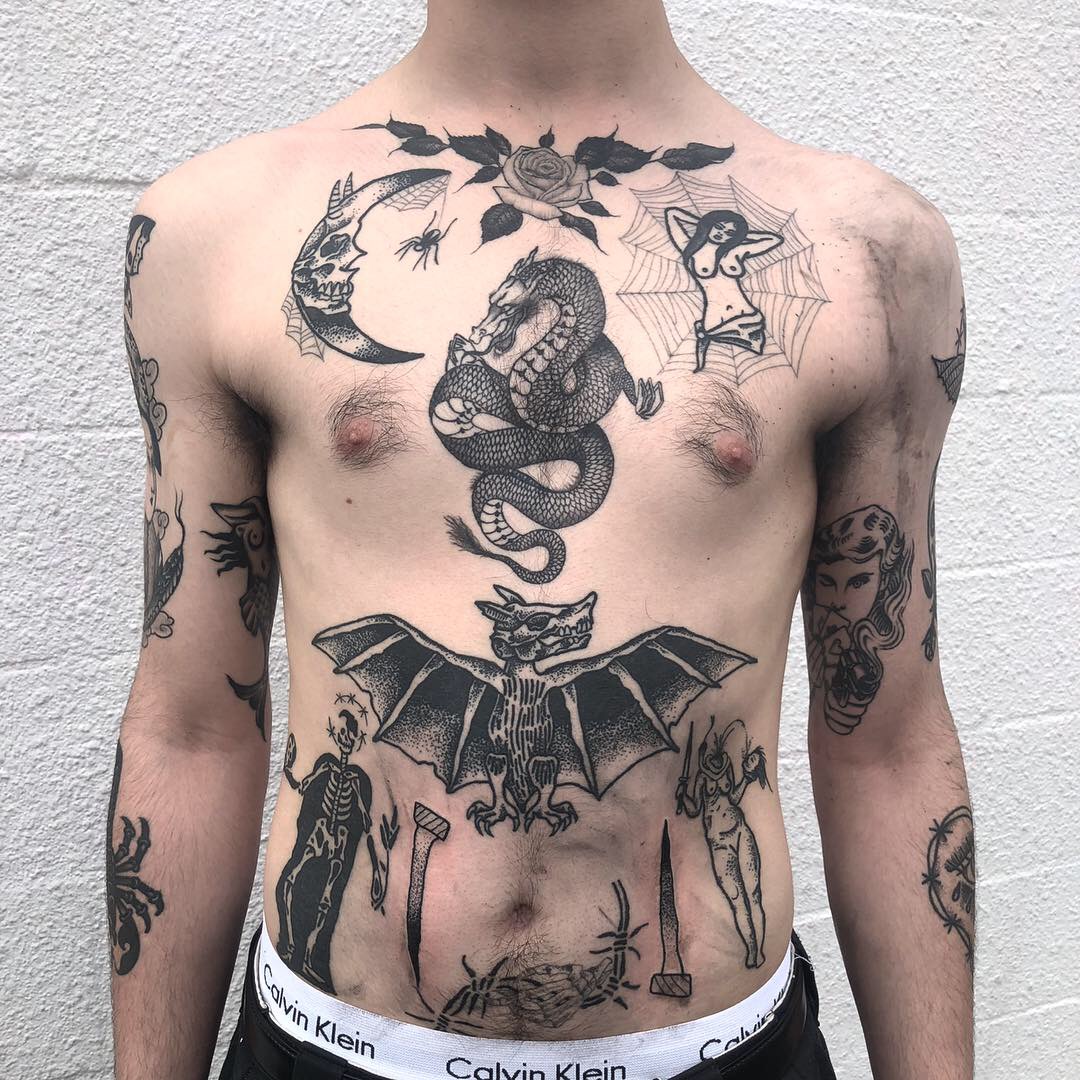 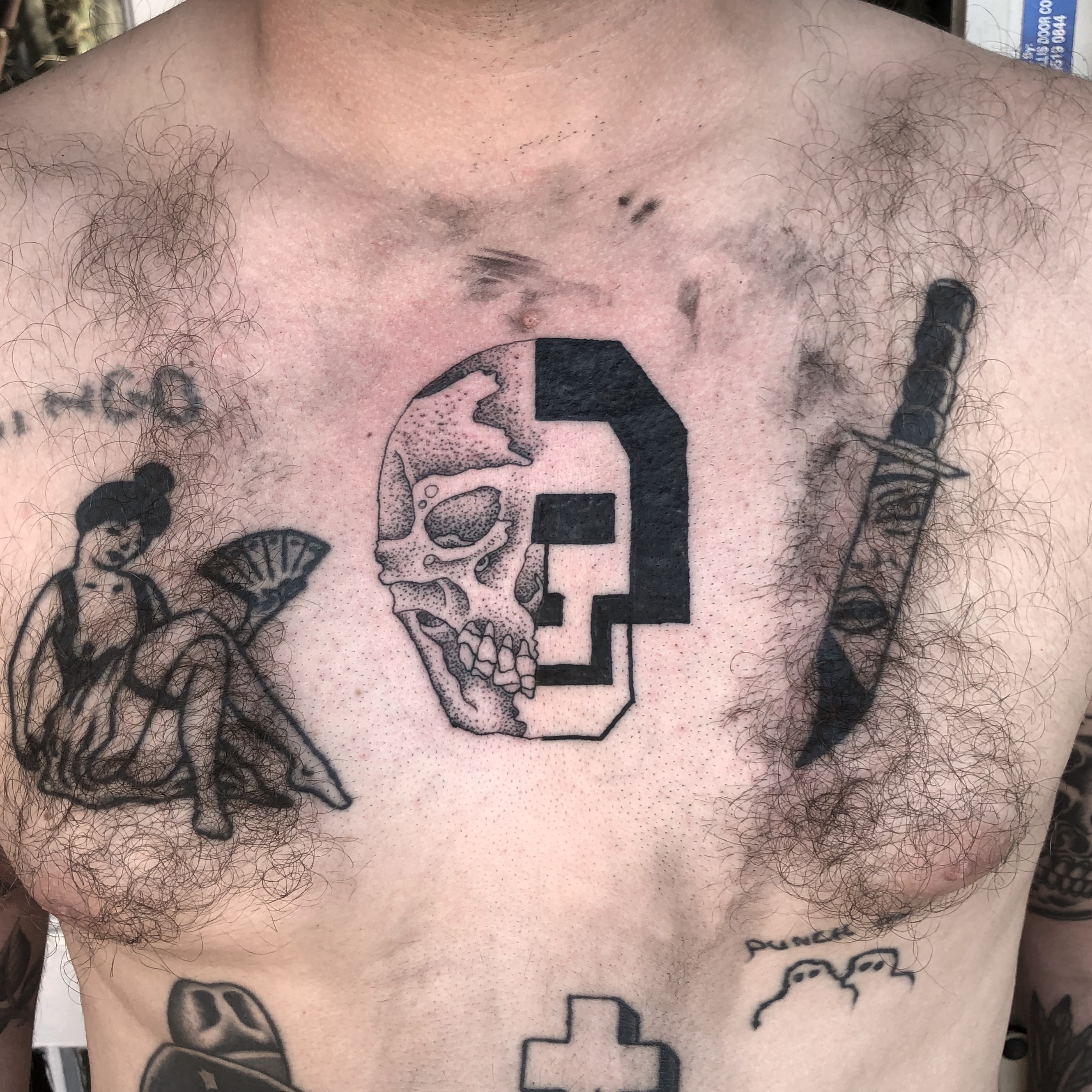 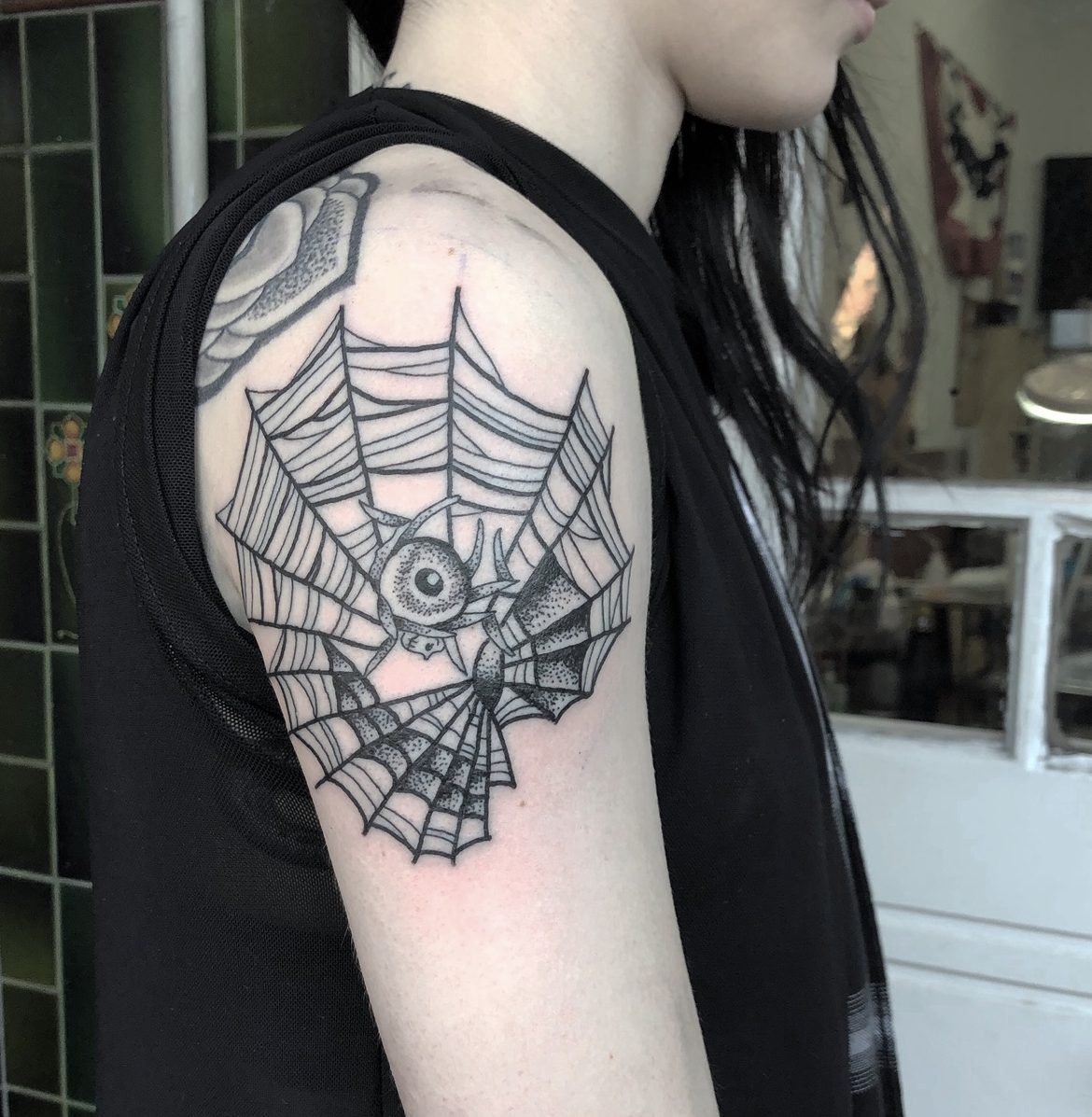 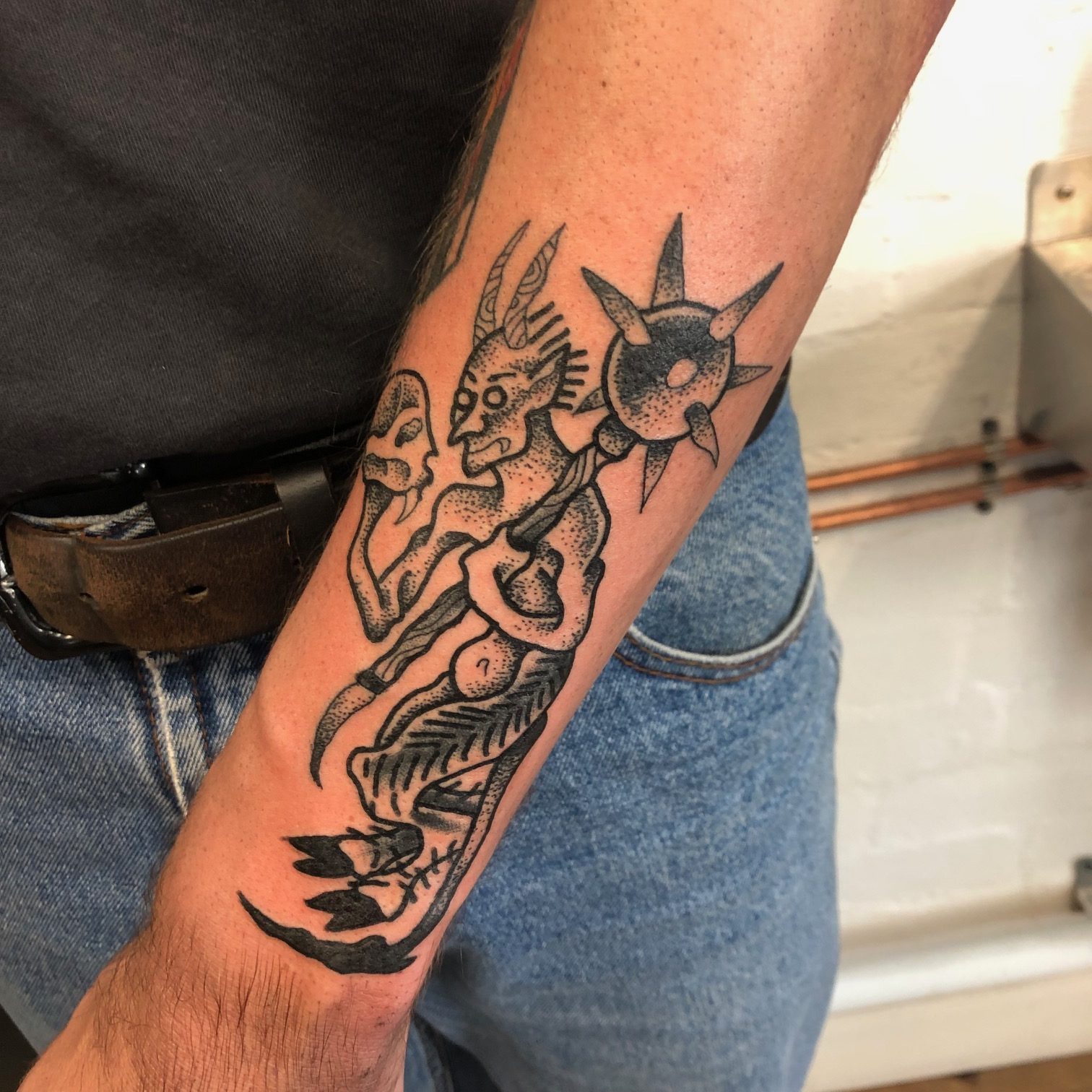 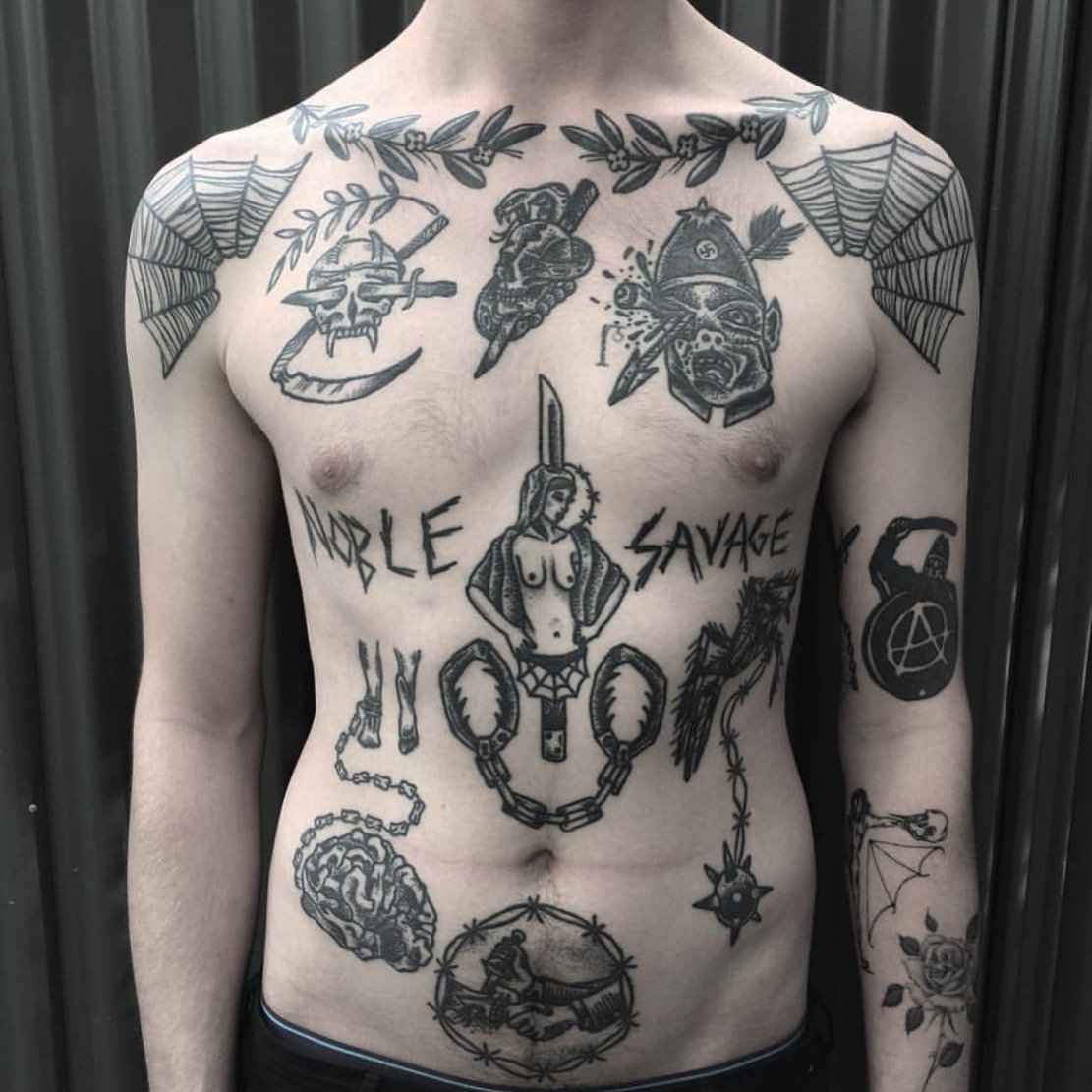 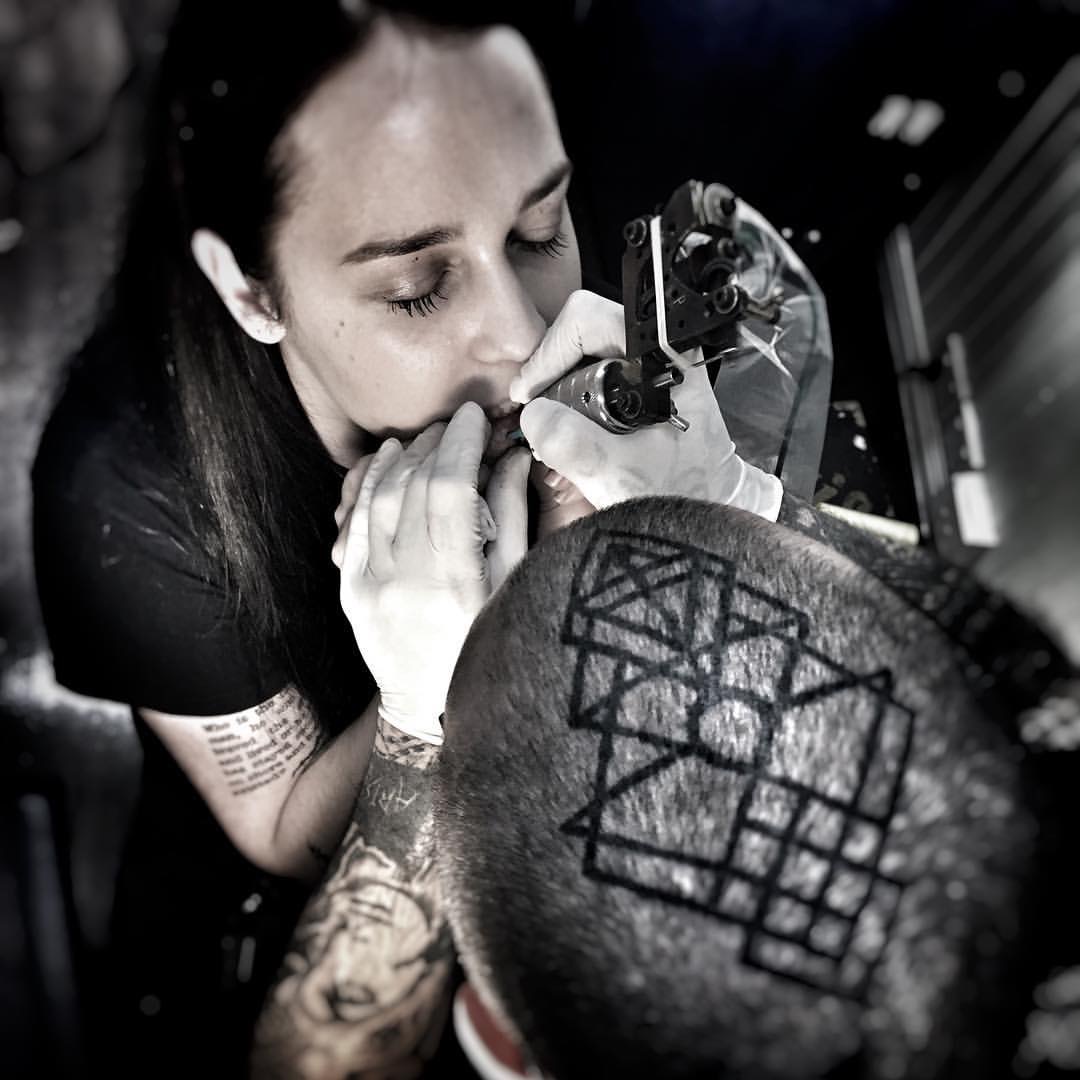 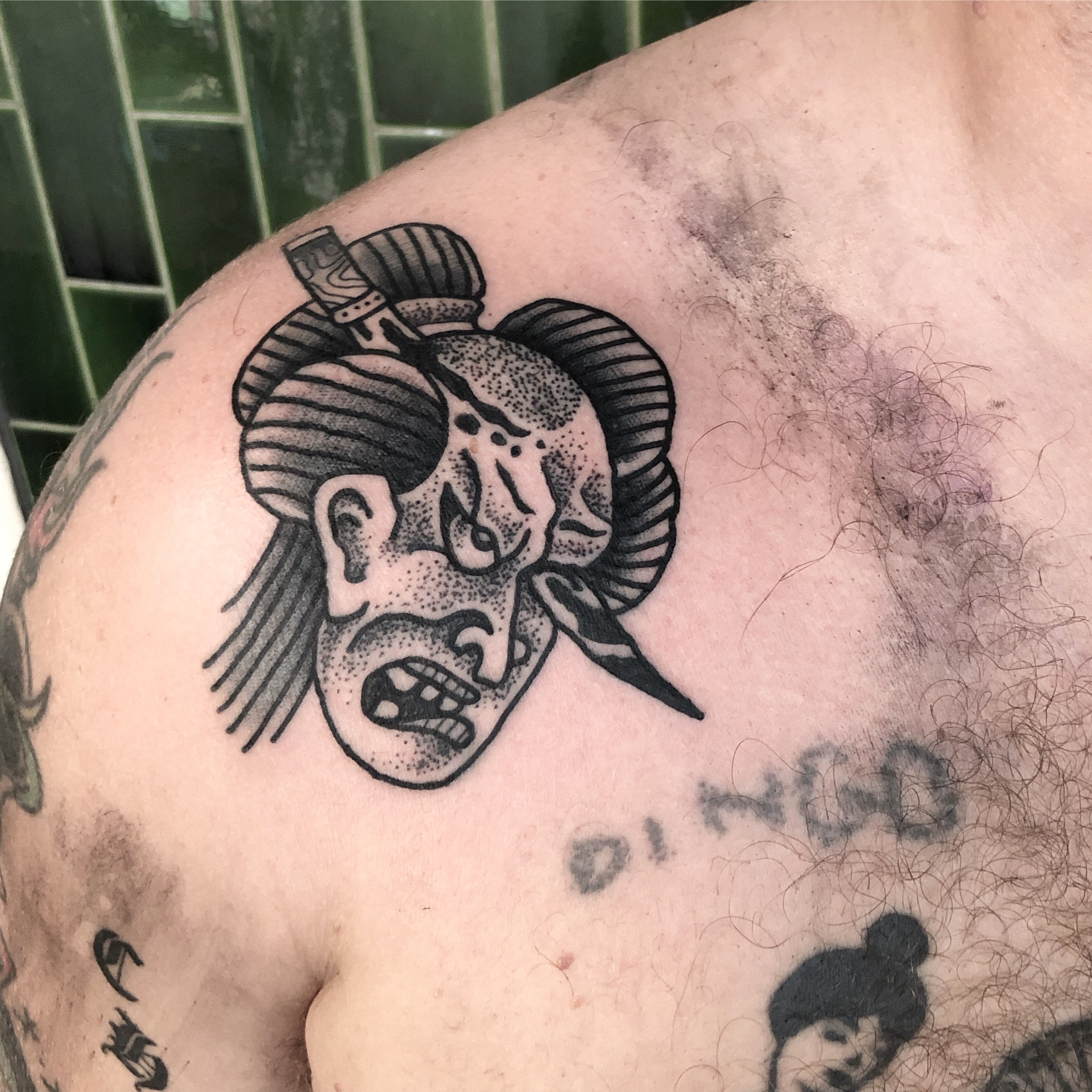 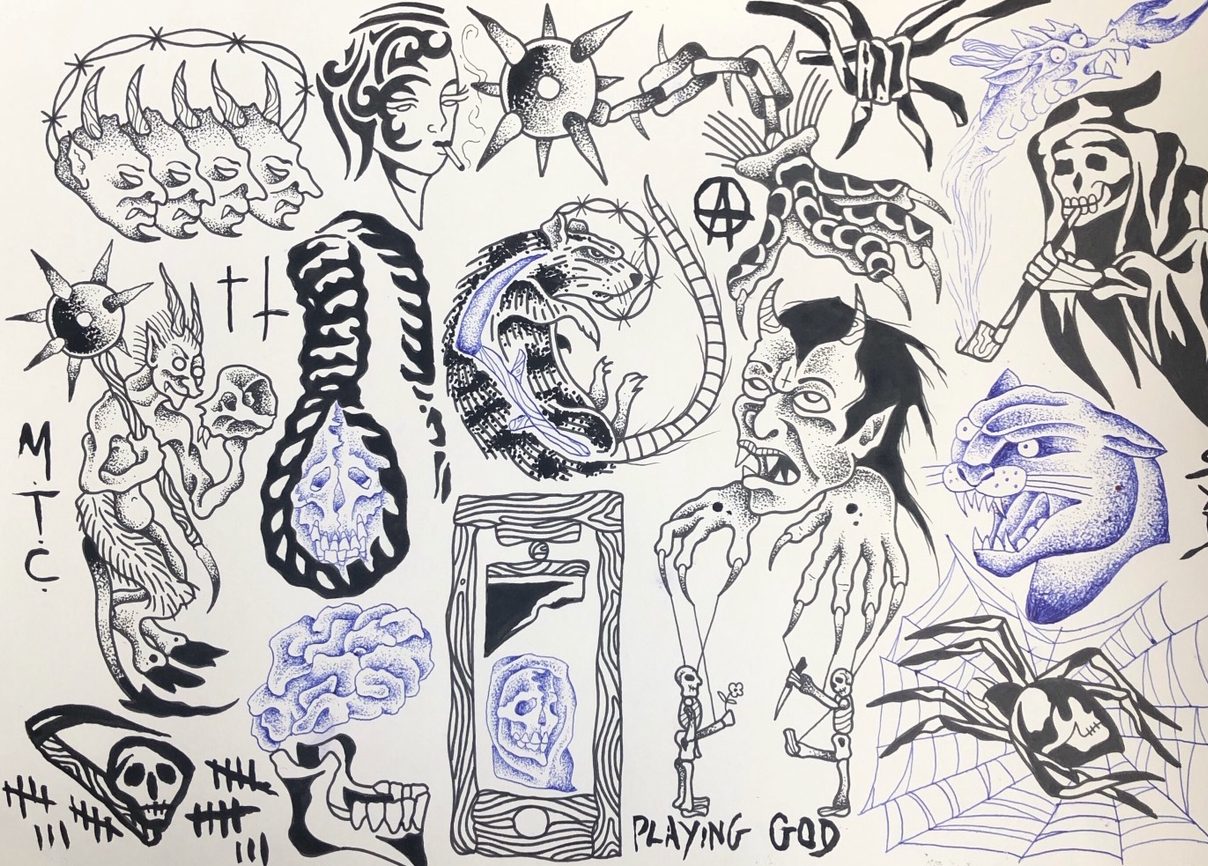 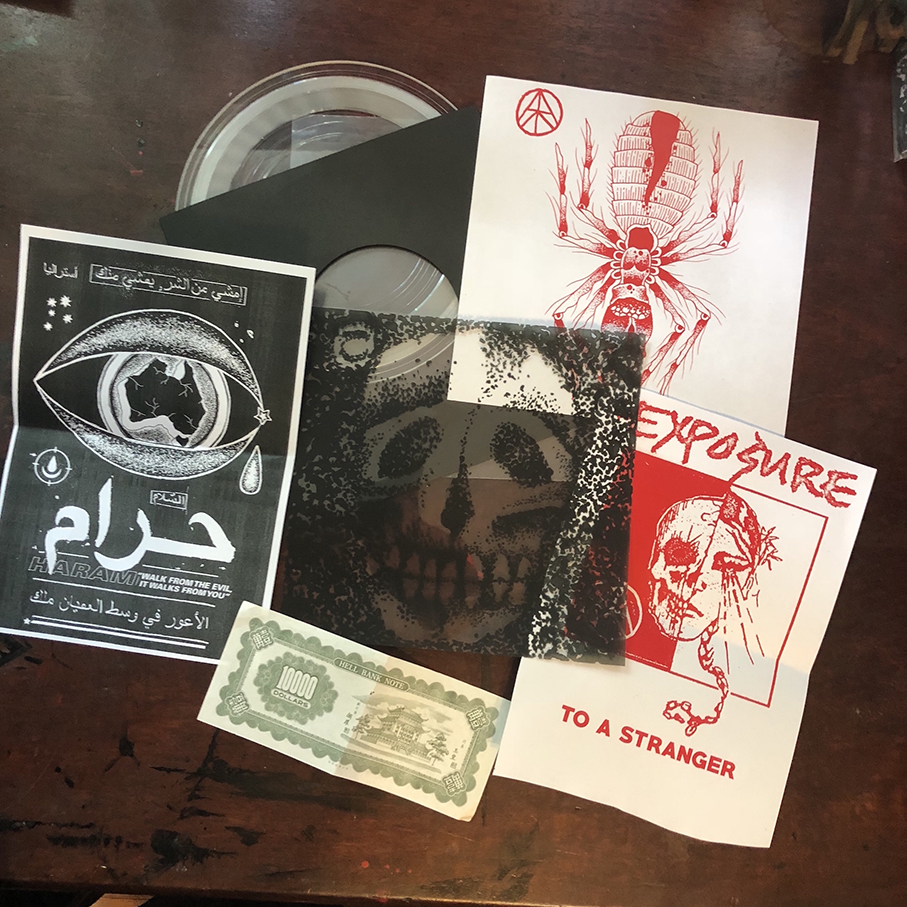 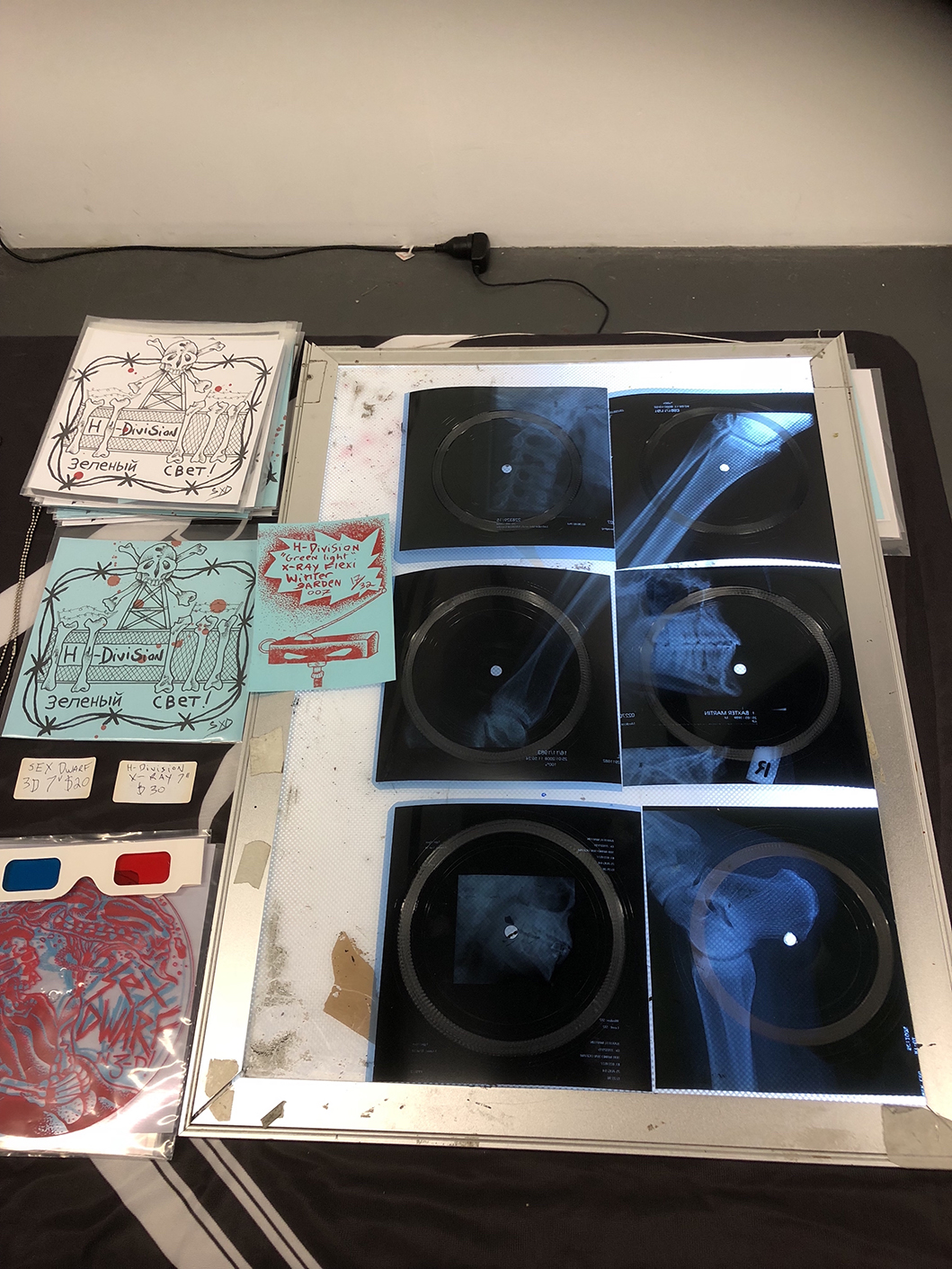 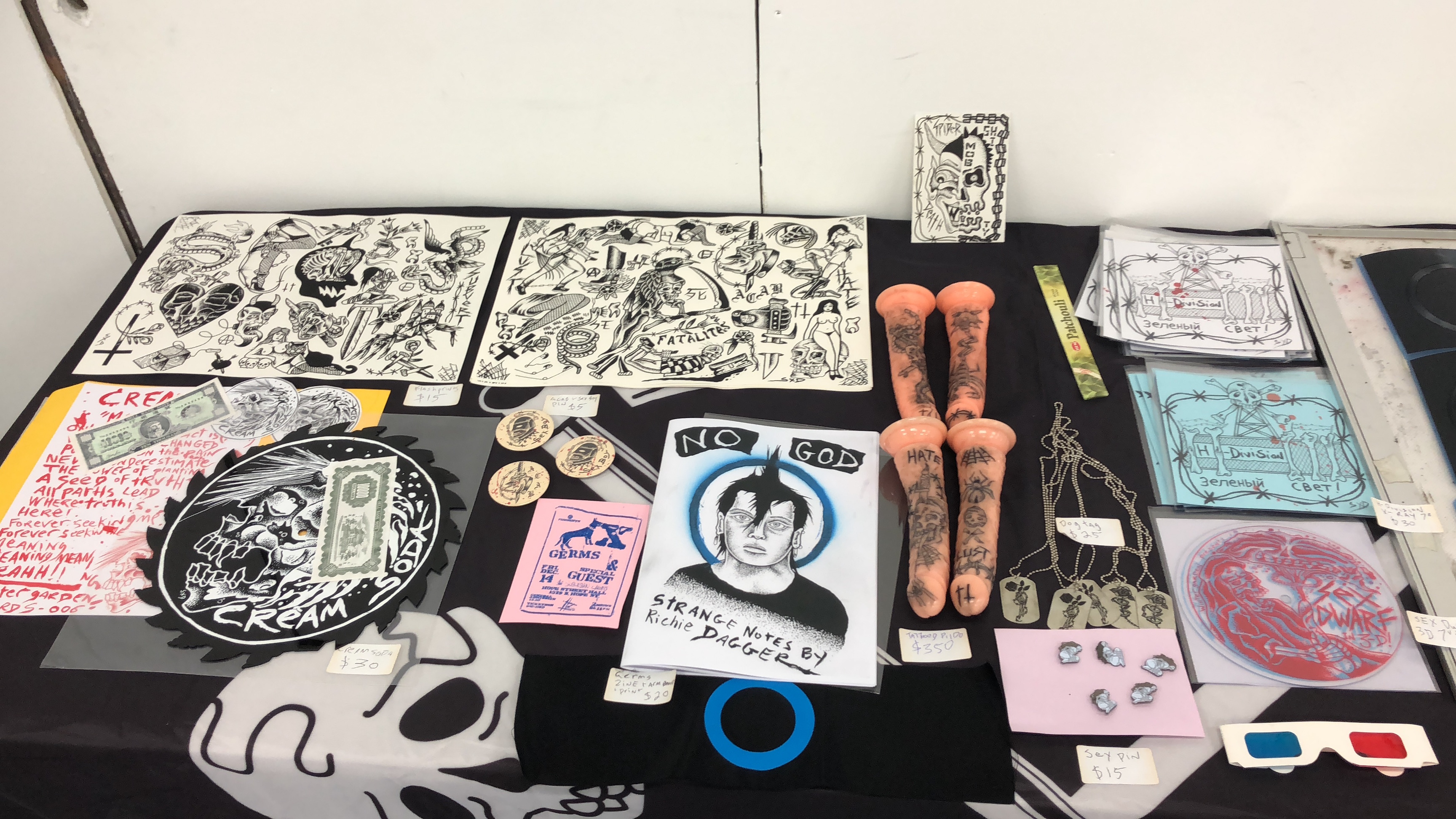 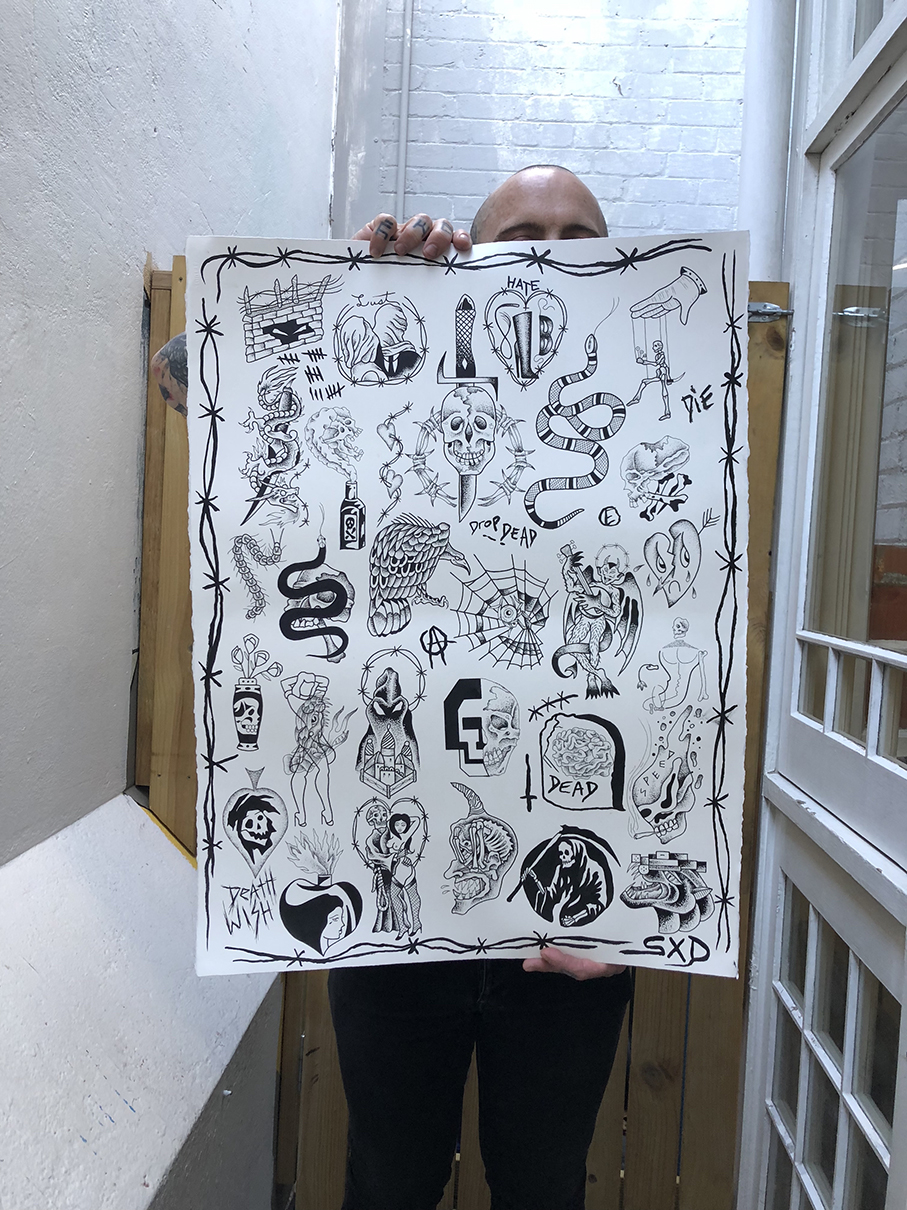 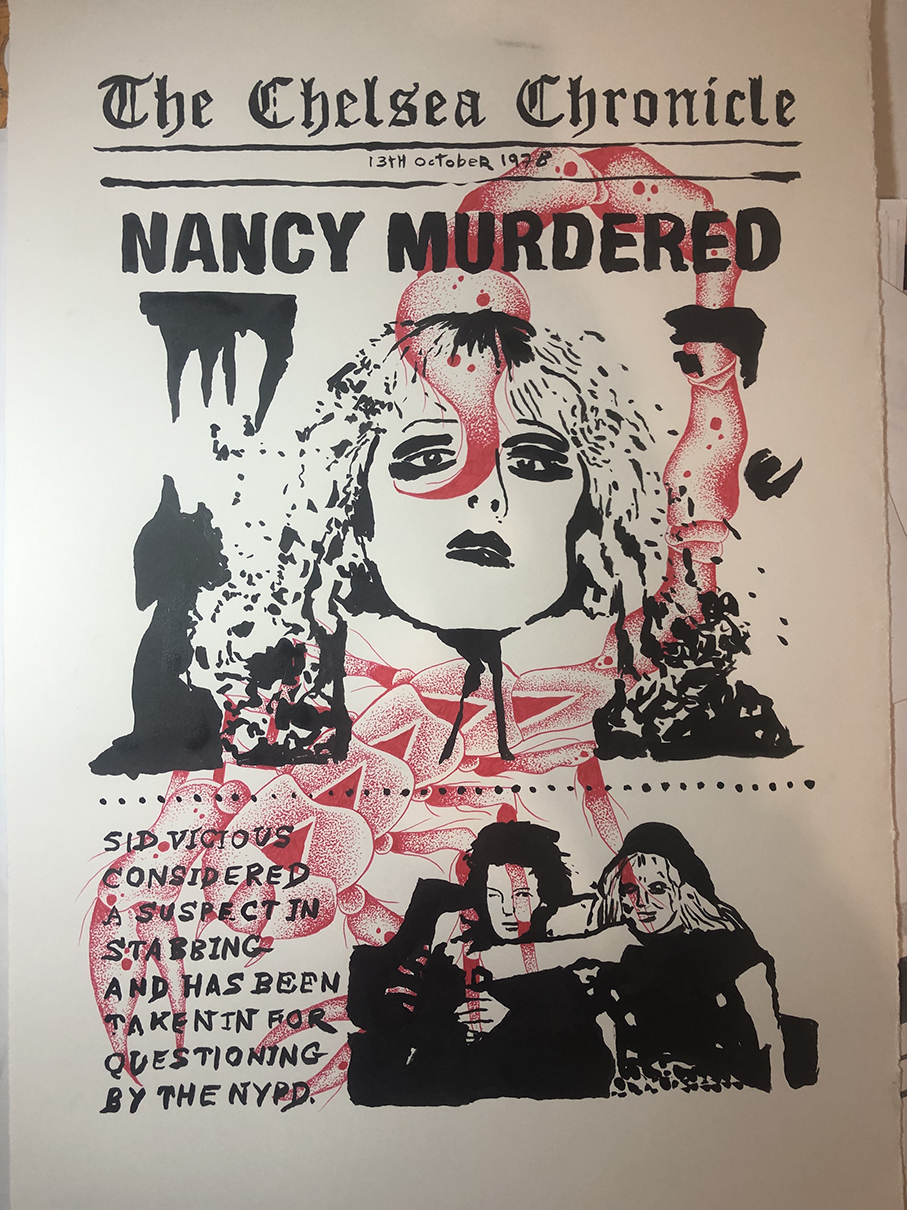 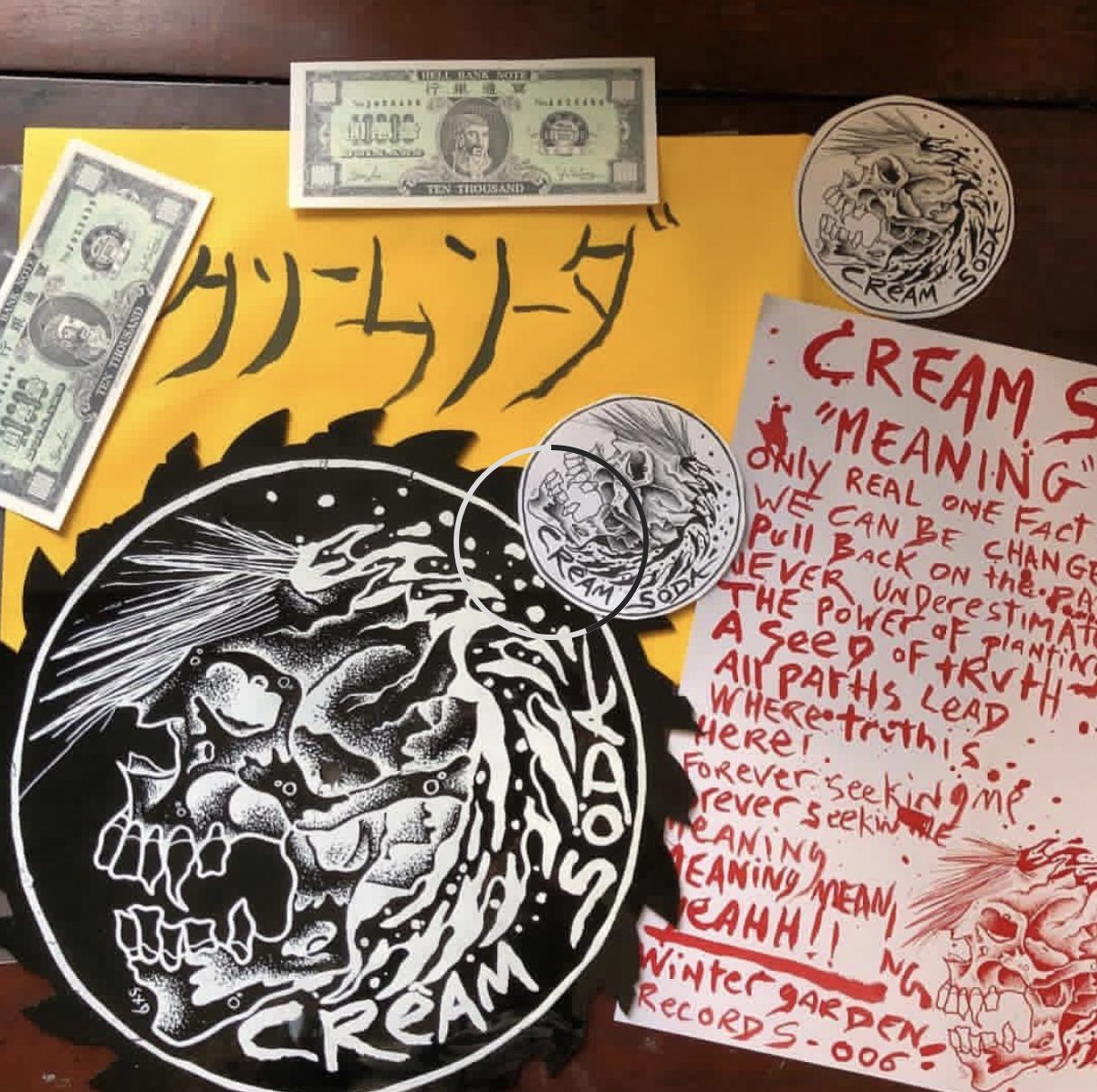 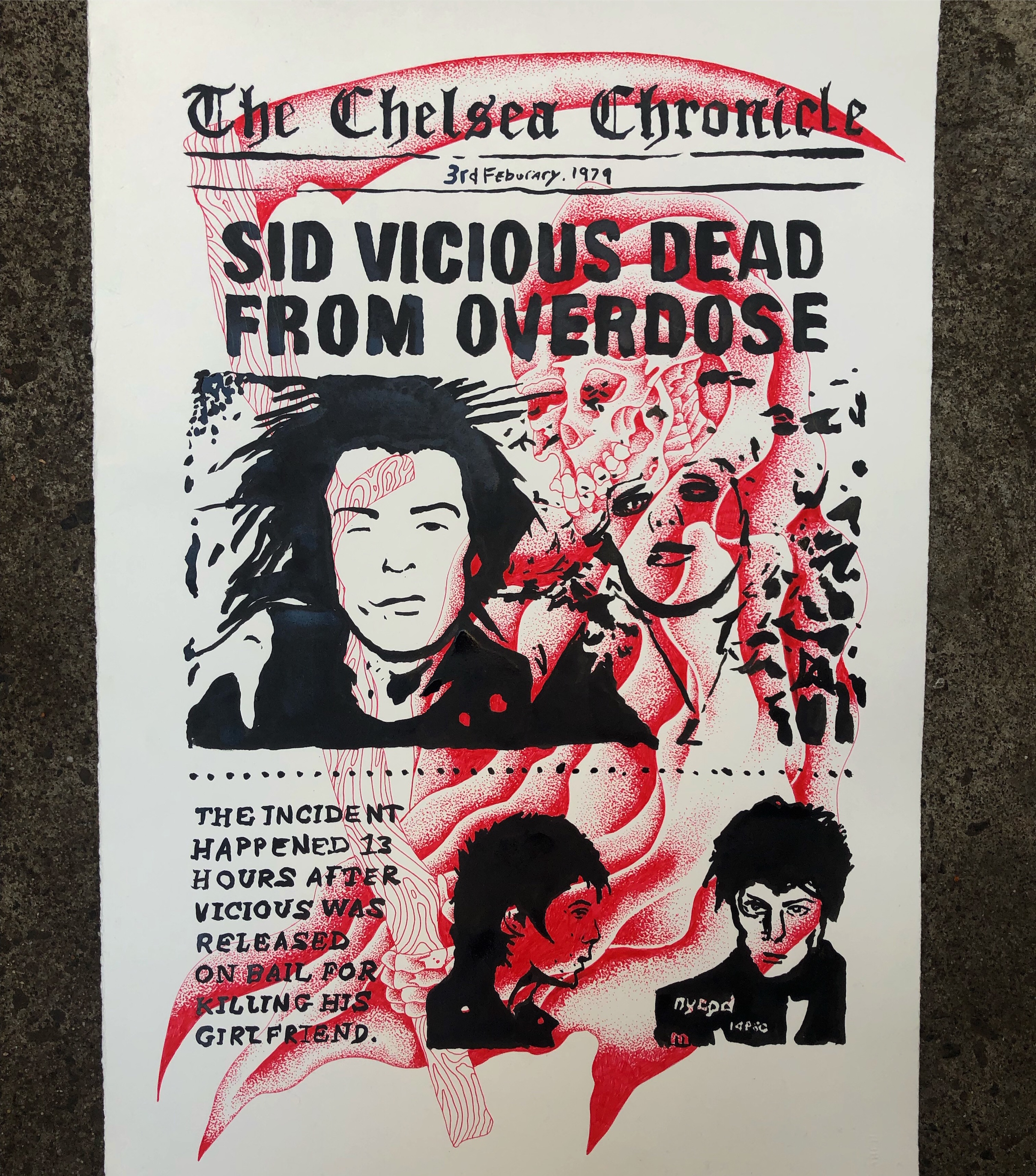 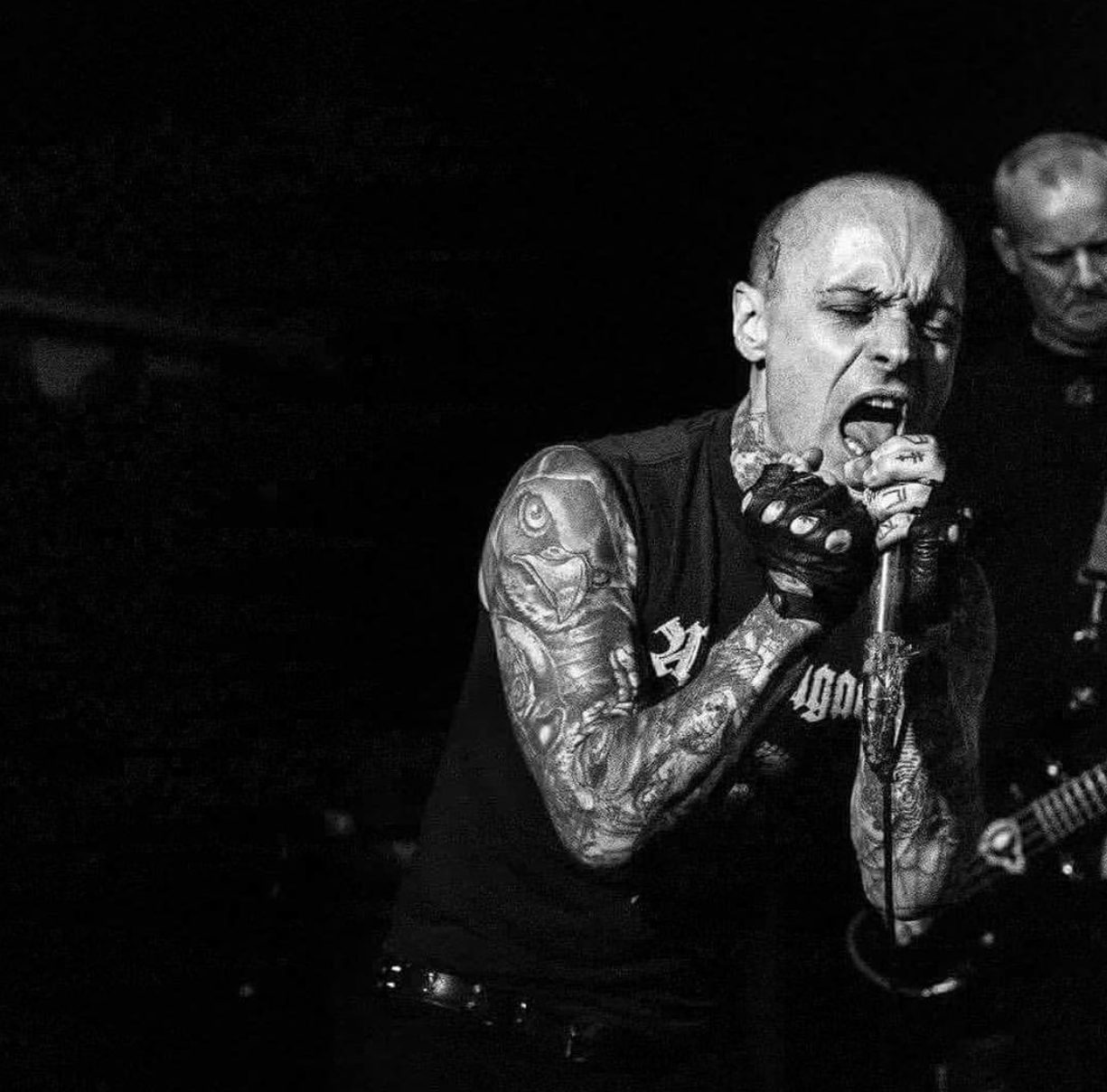 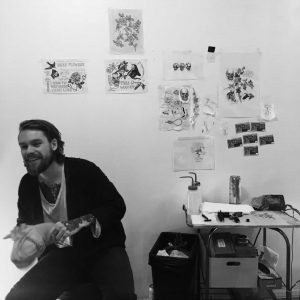 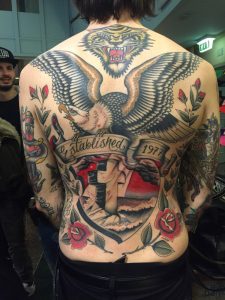