Sebastian Kandinsky is a French tattooist known for designs that couple red and black stippling techniques with an intelligent economy of negative space. He is currently traveling, with guest spots anticipated in San Francisco, Ashville, Dreseden, Barcelona, London, and more.

What is your name, birthplace, and year of birth?
I am Sebastian Kandinsky. I was born the first of November 1989 in Lyon, France.

Where did you grow up? Please describe your upbringing and sociocultural background.
I grew up as a lonely child in a very small town close to Lyon called Lentilly. My parents were both Catholic. My mom was doing administrative work for an organisation dedicated to look after young delinquents and my father was a motor vehicle painter. Since he owned his own garage, located in our actual house, I used to see him work a lot. His business was very successful, so I remember we traveled often when I was between five and ten years old. After 20 years of marriage, my parents separated when I was 11.

I moved with my mother into a flat in Lyon, and I’ve had a pretty bad relationship with my father since then. Circumstances forced my mom to move away from Lyon. I decided to remain there: from 17 years old, I was homeless and I quit high school just before my last year. At that moment, I was already practicing graffiti a lot and hanging out in raves which were organized by some friends. Accordingly, I was already part of some alternative movements in Lyon and it wasn’t difficult for me to find a squat to live in. Since then I mainly lived according to “DIY” principles; I learned so much about how to sort things out by myself, and also with a group, without any money at all. We were refurbishing old furniture to live in, we were painting, organizing events, gardening: we were free! These were actually some good and precious times. Still, after a while, I realized that I had to drag myself out of this environment and find a better situation, otherwise I’d be dealing with economic insecurity my whole life. I decided to take some literature night courses, and I was pretty successful.

How long have you been tattooing?
I bought my first tattoo machine and started to use it on myself when I was in the squat—that was about ten years ago. I’ve been tattooing professionally for two and a half years.

What inspired you to learn tattooing, and what did you initially learn how to tattoo?
I always wanted to get tattooed but I obviously couldn’t afford it, so I decided to buy the cheapest tattoo machine I could find on the internet and do the job by myself. I also let my closest friends help me. I spent like six years tattooing myself occasionally. At parties, I would also be tattooed by my friends and tattoo them in turn. I tattooed pretty much all of them, cumulatively. The quality and condition of the pieces were very bad, but we had the best time ever: we all have these memories inked in our own skin.

Were you trained through a formal apprenticeship? Describe the circumstances of learning.
I’ve never had an apprenticeship. Until I had been tattooing for around six years, I’d never thought about doing it for a living. When I bought my first tattoo machine, I just popped into the first tattoo shop I saw only to ask how to plug it in. I explained that I just wanted to tattoo myself for fun and tattoo my friends. The reaction of the tattoo artist I spoke to was quite horrible: he told me off and insulted me, with such a lack of respect that I knew from the beginning that I’d never be accepted in any shop. He really made me understand clearly that tattoo shops hate scratchers—and at that moment I also discovered what “scratcher” meant!

Anyway, after my first tattoo I was caught by an inexplicable desire to be able to understand how tattooing works and to manage to do a clean tattoo. I tattooed my friends; each time was a disappointment when compared to my expectations. Each time I thought, “next time I’ll nailed it.” What is funny is that, after ten years, I still have that feeling after every single tattoo. I mean I know that today I’m able to produce clean work, but I still have that desire to find out how to constantly improve my next piece. It’s a drive essential to me in my improvement and development. After six years, I decided to reach out to shops around Europe in order to do some guest spots. Since my first shop experience—where I’d asked an artist how to plug the clip cord into my machine—was very bad, I was stressed out on being accepted at a shop in the United Kingdom. But I pretty much nailed the guest spot. They noticed my dedication and suggested that I move in as a resident artist—which I couldn’t refuse. I practiced so much there that I improved rapidly.

How did you develop your style? How would you describe it? What are your influences?
The first tattoo machine I bought was a very cheap one; it was only able to put 3 needle groups into the skin. Because of that limitation, I was tattooing mainly with dotwork and that’s also why I began tattooing as a dotwork artist in the first shop I worked in. The second reason for my style is that I don’t have any basic training in proper drawing—my skills rather emphasize the composition. So with that in mind, I began doing geometric pieces, mandalas, and ornaments.

I really wanted to do traditional pieces but without the technical skill required for fat lines and shading, I decided to tattoo some traditional roses but in the style of the mandalas I was doing: I used negative space, filling them in with dotwork and solid black. The idea to mix black dots and solid red regions came to me when I was developing these traditional-dotwork hybrid designs on paper. I would describe my style as something in between abstract, traditional, and ornamental tattooing.

"...I mainly lived according to 'DIY' principles; I learned so much about how to sort things out by myself, and also with a group, without any money at all. We were refurbishing old furniture to live in, we were painting, organizing events, gardening: we were free! These were actually some good and precious times. Still, after a while I realized that I had to drag myself out of this environment and find a better situation, otherwise I’d be dealing with economic insecurity my whole life. I decided to take some literature night courses, and I was pretty successful."

Have you had or do you have plans to take on apprentices?
I don’t think I have enough technical knowledge to teach someone to tattoo. But I’m always very happy to show someone how I tattoo and how it works for me. I know that there are many different ways to execute even a simple line. Some ways work for some people but don’t work for others. If I take an apprentice at some point, it’s gonna’ be a sort of “shared” apprenticeship. It will be based on seeing different artists at work and on the apprentice’s self-experimentation. I think it’s very important to make mistakes and find out how to fix them if an aspiring tattooist is going to truly understand how the craft works, rather than saying to an apprentice “okay, this is how it works and that’s it.” I think I could provide good advice in matters of composition and design though.

What do you look for in a shop?
First of all, I’m looking for a clean space with openminded and respectful people. I really appreciate working with different characters, different personalities with different backgrounds, people of different nationalities, people working in different styles—all sharing with each other as much of their experience as possible.

What inspires you generally?
I’m inspired by literature. It truly saved me from depression and helped me keep my drive. It gave me the desire to create. I also love abstract painting from the 20th century. I’m very inspired by my favorite tattoo artists—Gakkin, Zihwa, Yuuz, Pitta, Matteo Nangeroni, Sasha Unisex, Guy Le Tatooer, and many others.

Are any other forms of media, traditional or digital, important to your work?
I love books, so it follows that I love tattoo bibles and tattoo magazines.

Is traveling important to you? If so, where do you usually travel? Do you have any interesting experiences abroad that you can share?
For two years I was a resident in the south of England. It’s now been six months since I left that shop to do guest spots around the world. I’ve been in Italy, Spain, Germany, Norway, Sweden, England, Scotland, Ireland, Belgium, Switzerland, Thailand, Canada, and the United States. I have Korea and Australia on the horizon. Traveling is essential to me. I’ve met some of my favorite artists, many artists that I didn’t know, and so many different customers; every single experience is priceless. These experiences made me improve at an unbelievable rate. I’m also coming up with a totally new style and I’m dedicated to proliferate it and succeed with it. Traveling is my main way to achieve this goal. If I stay somewhere, there’s absolutely no way for people across the world from that location to get my work tattooed, so I reach my customers directly—close to their homes. I’m tattooing this style all over the world in order to spread it. Hopefully, in the future, people will fly to me to get tattooed.

Ideally, how would you like to see tattooing evolve? How do you think it will evolve realistically?
I would like clients to do some research prior to showing up at any shop looking for the different artists. I’d like them to be aware of what is possible within tattooing and to get tattooed because of a desire to be unique and different rather than focusing on the same reference imagery, with the same placement, that has been tattooed thousands and thousands of times. From my own experience, I see clients adopting this approach. 99% of my customers are truly awesome and totally open to trying something new. The come to see me because they fully trust me; they usually let me do what I want and what I think will look good on them.

You can see more of Sebastian Kandinsky's work on Instagram (@skandinsky). 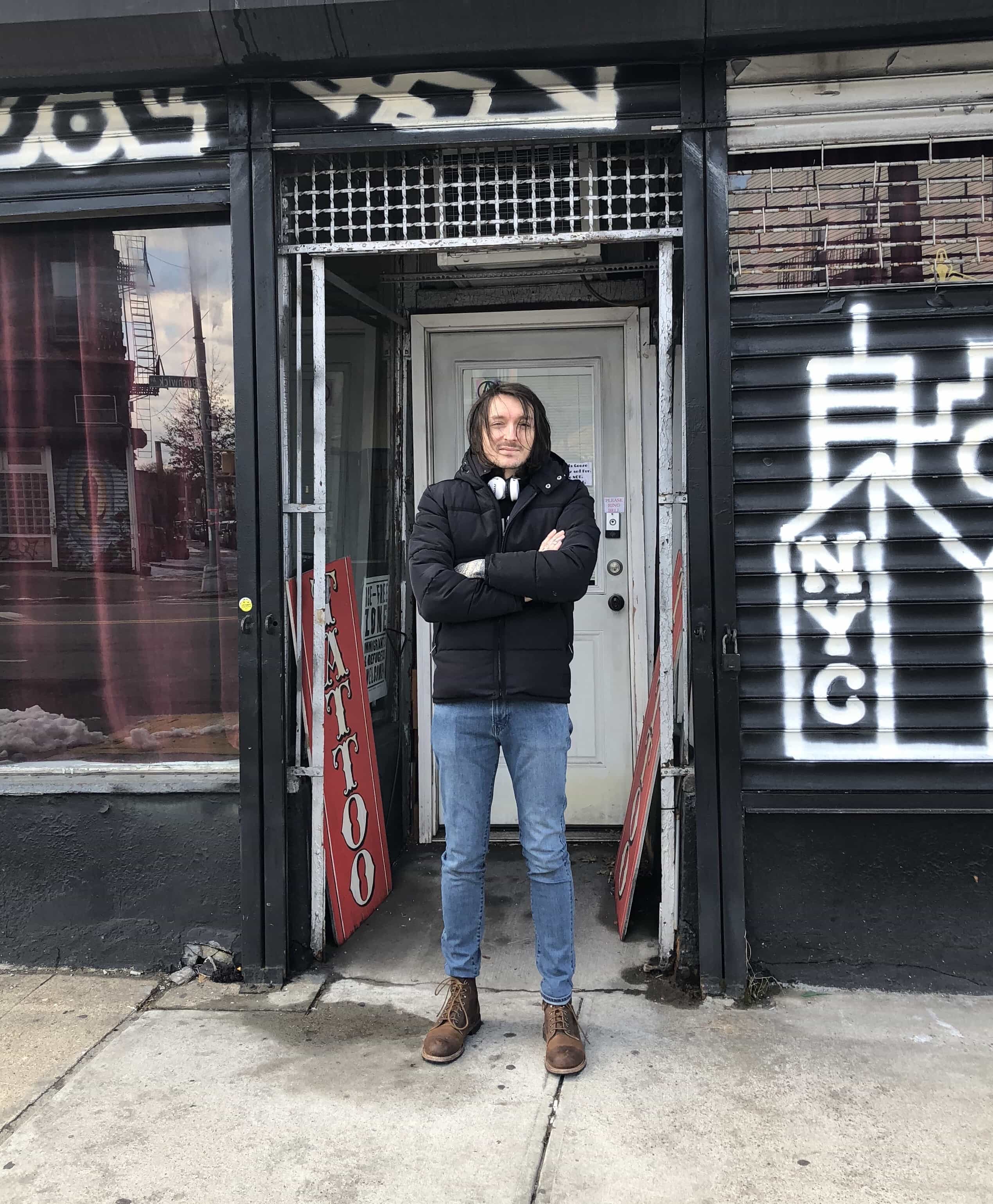 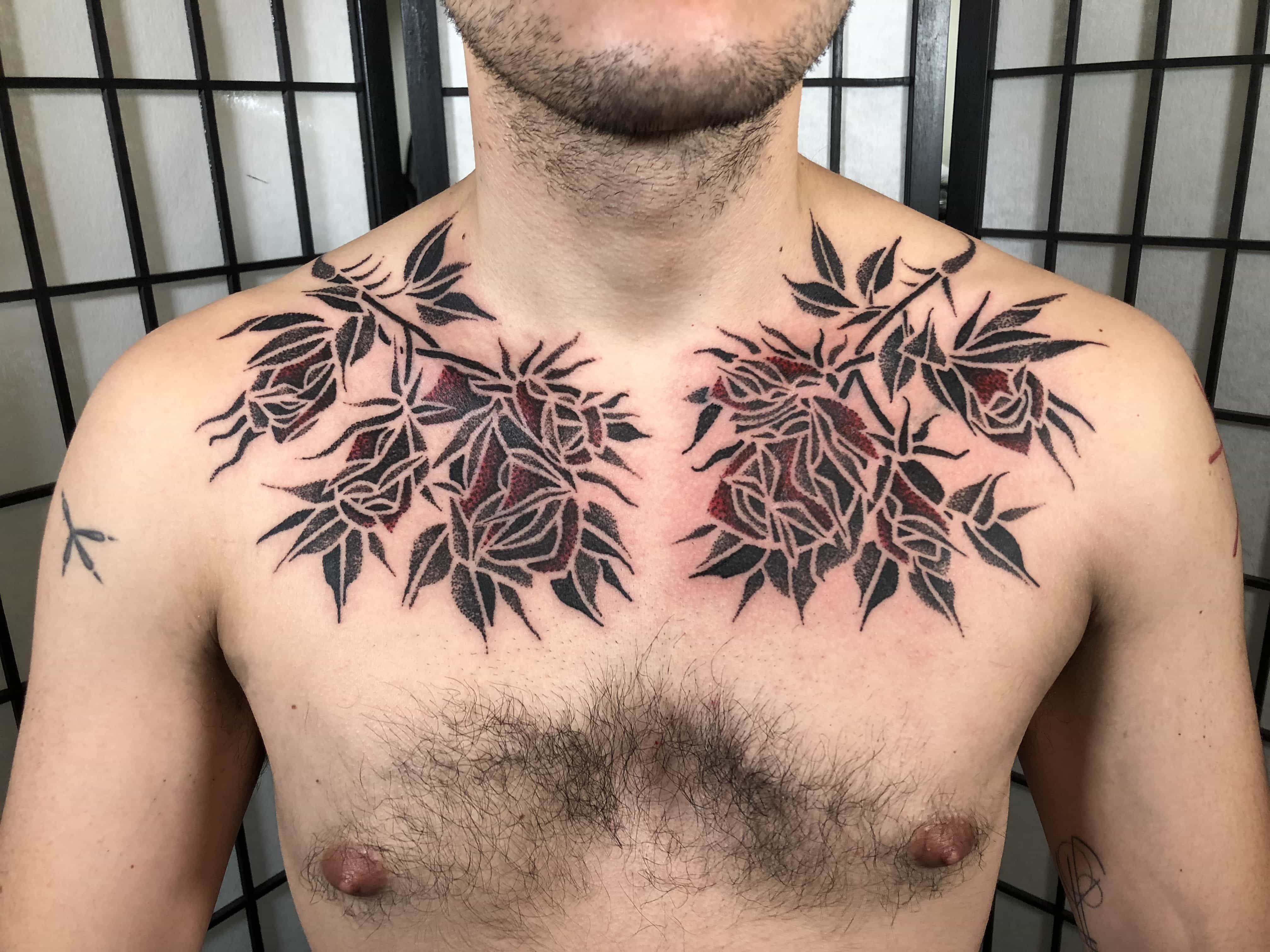 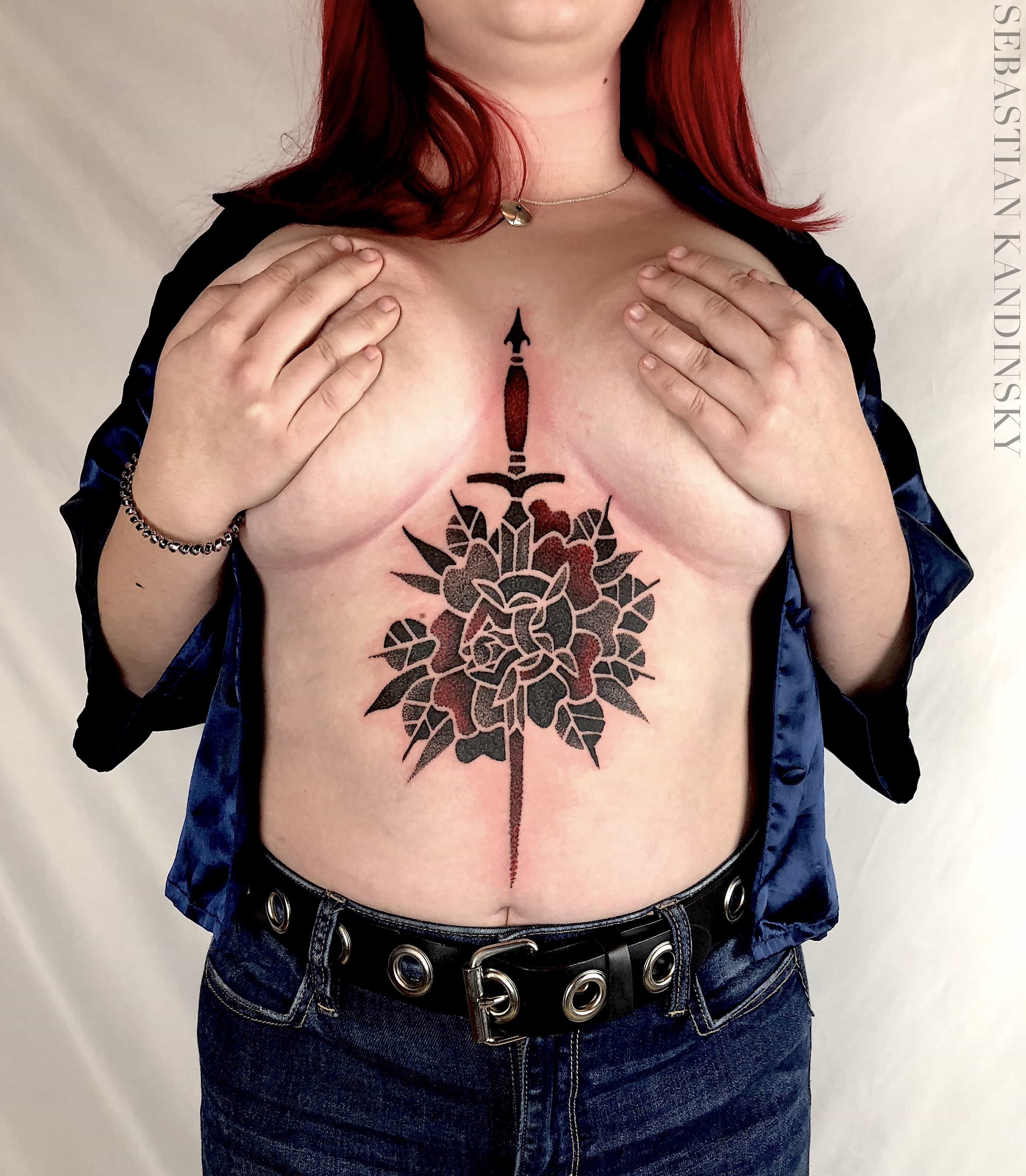 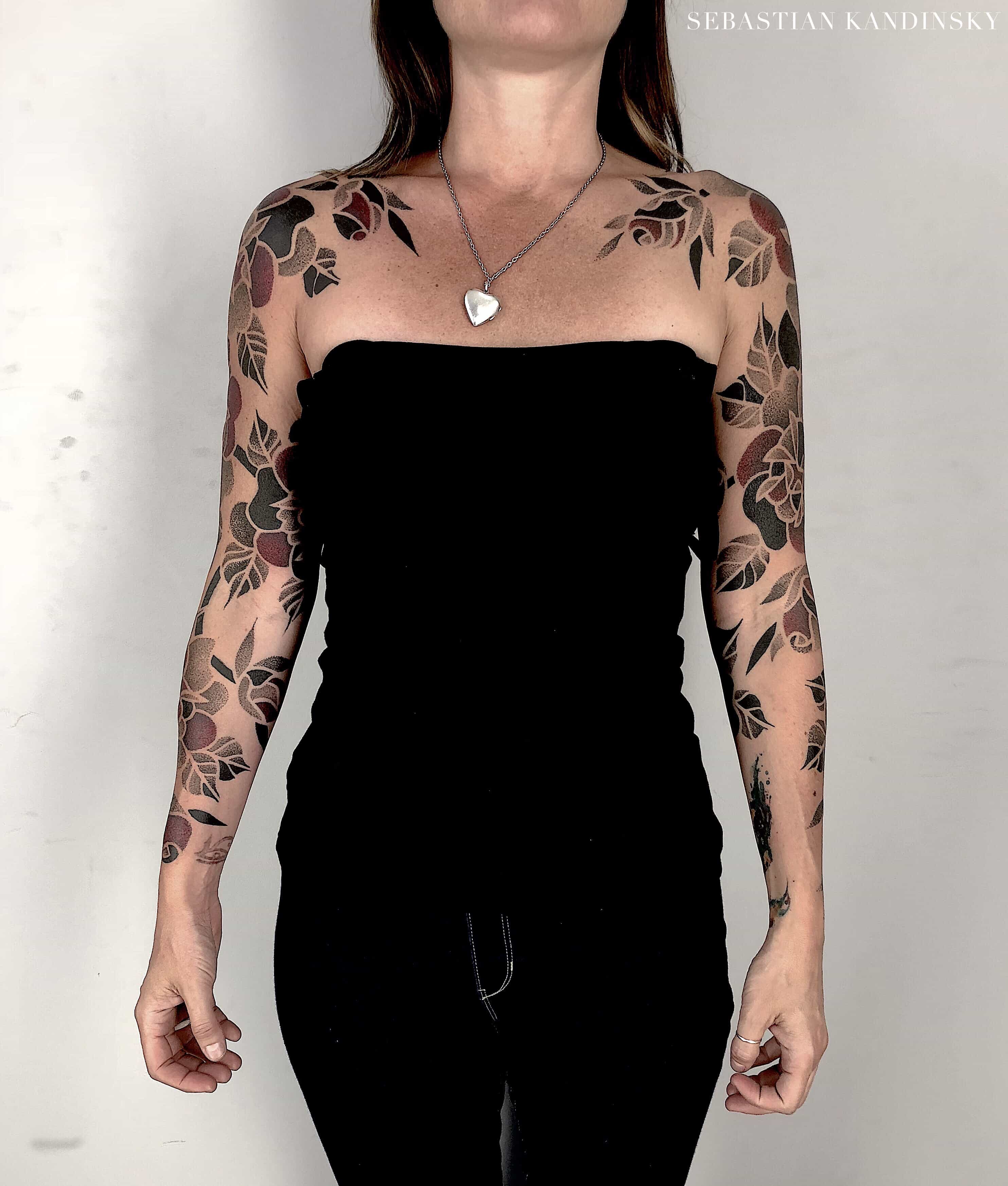 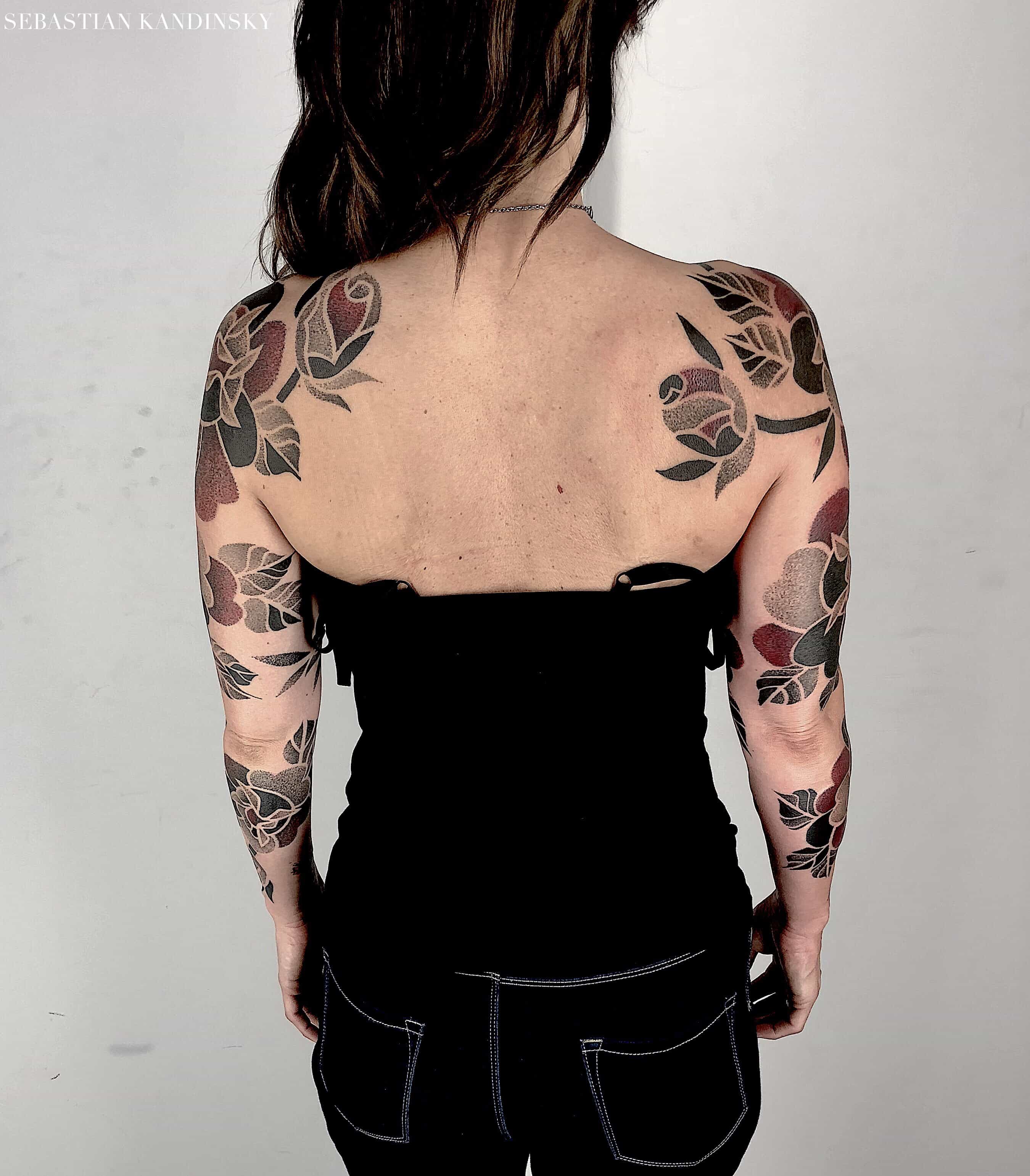 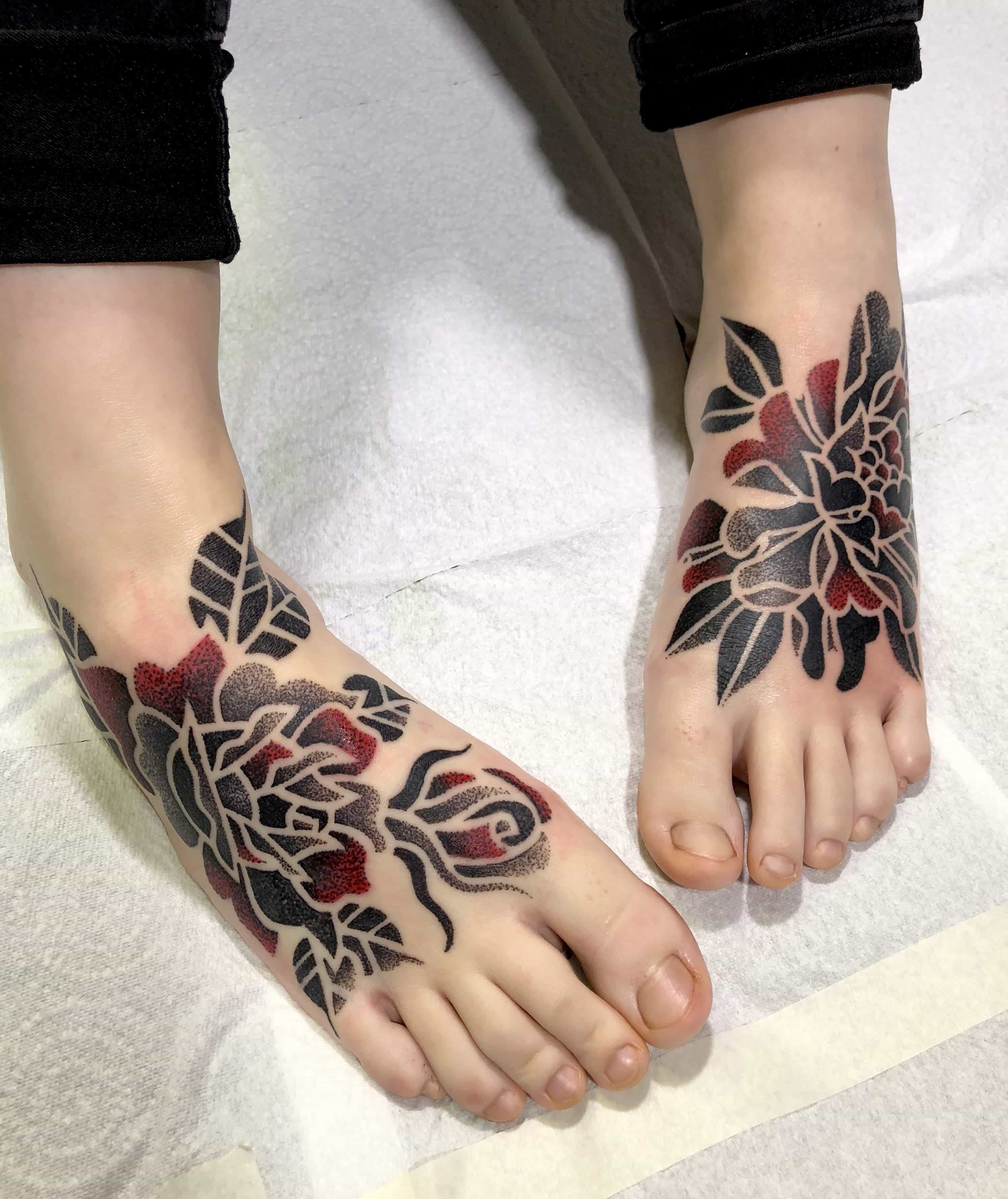 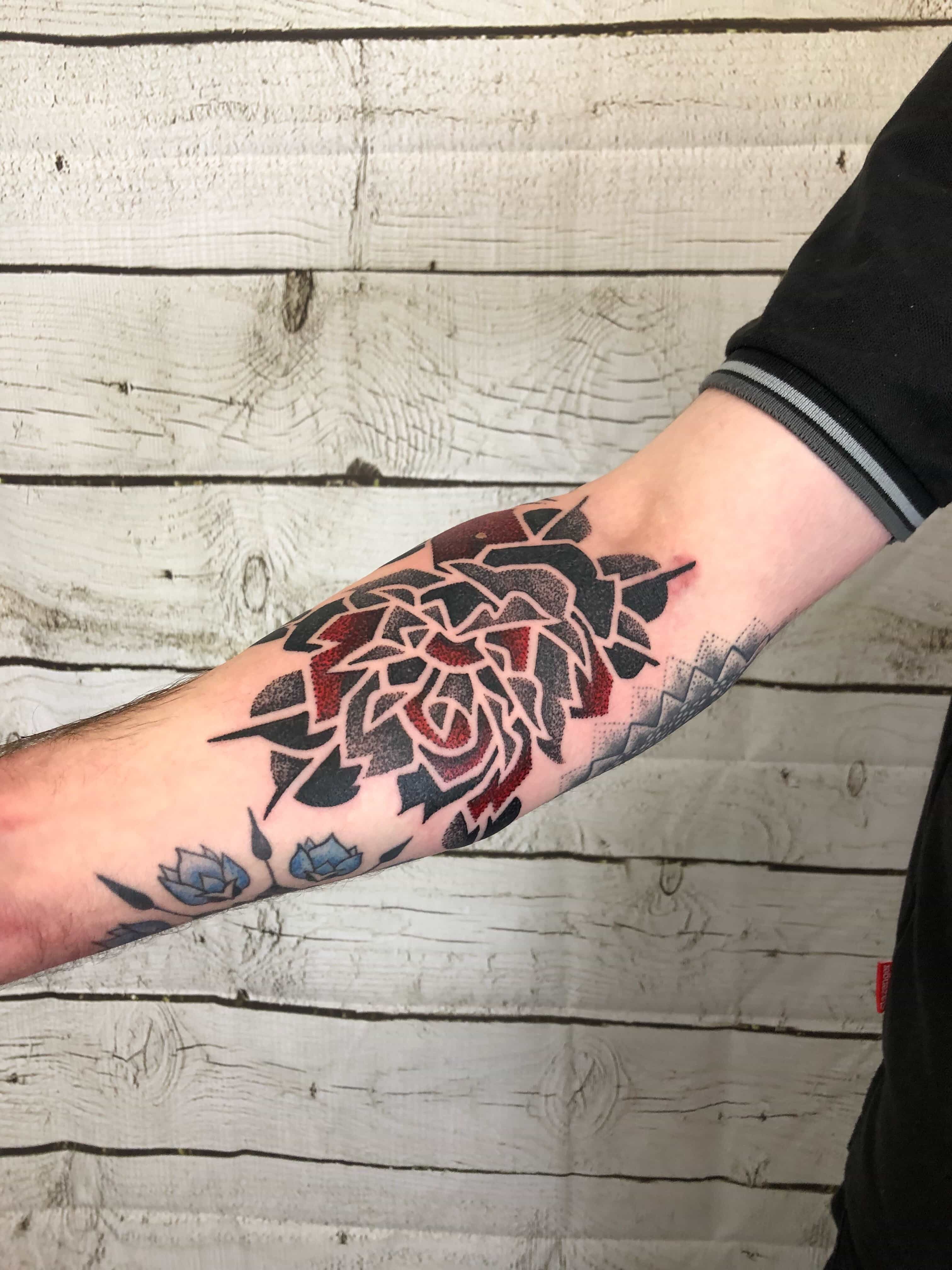 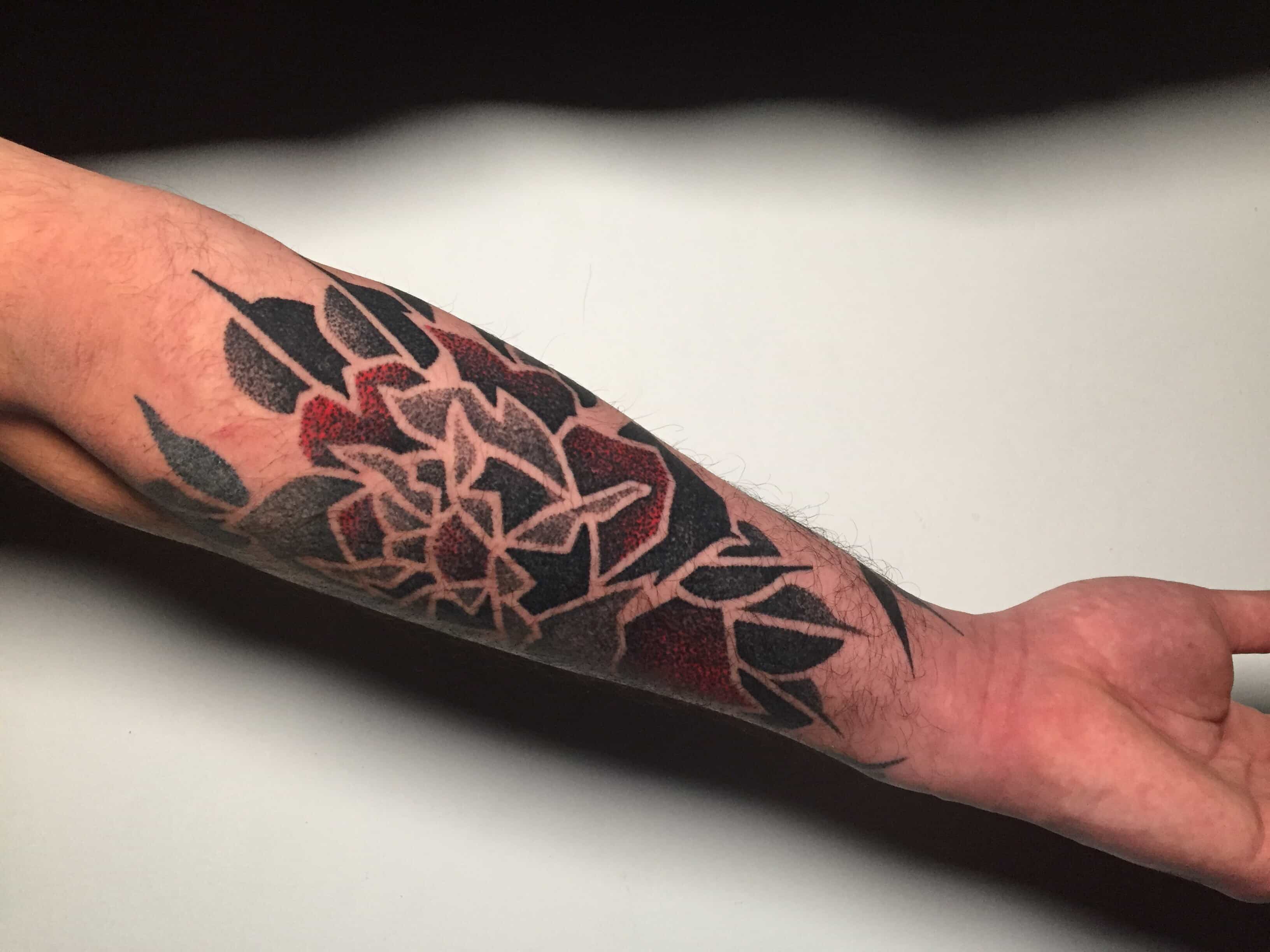 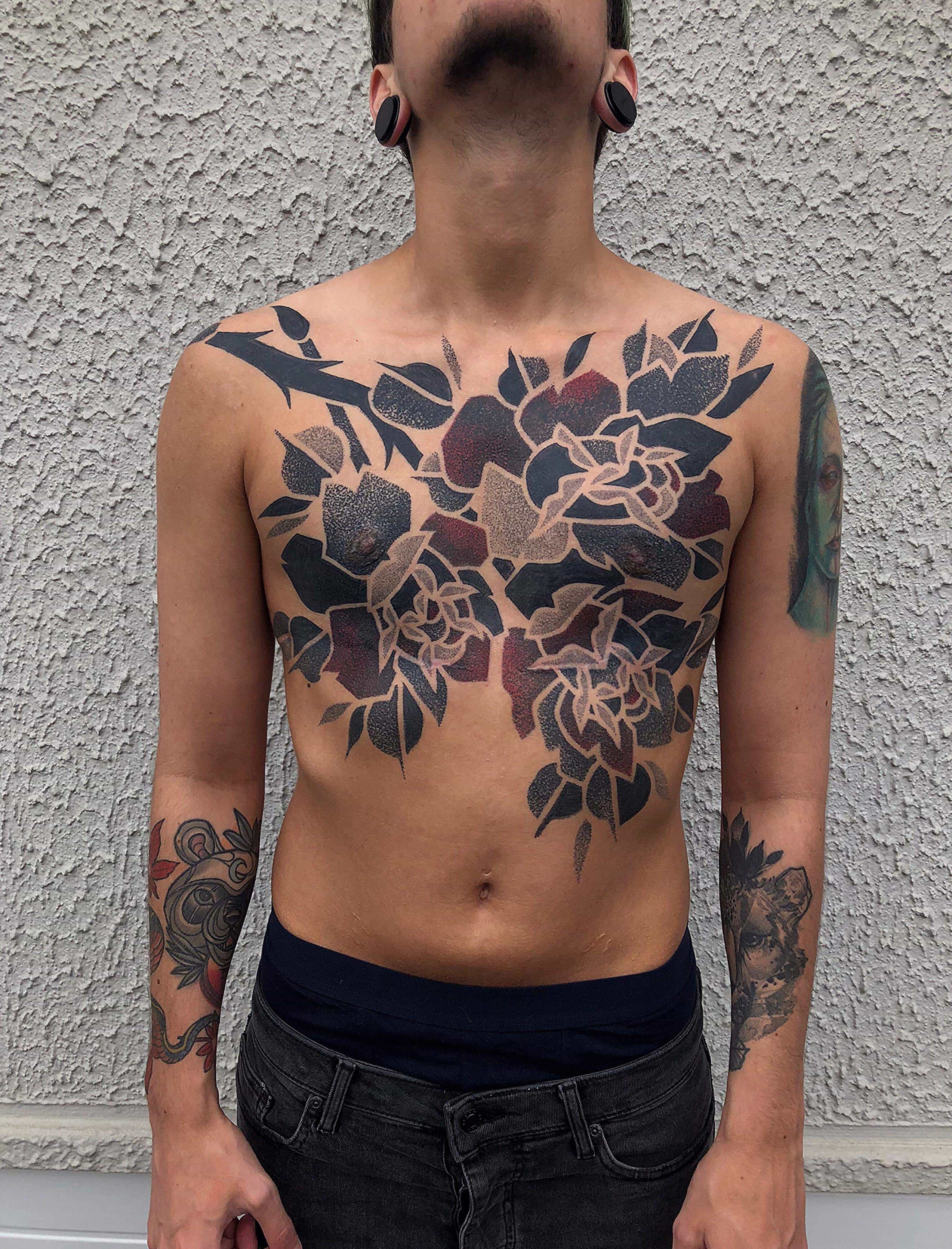 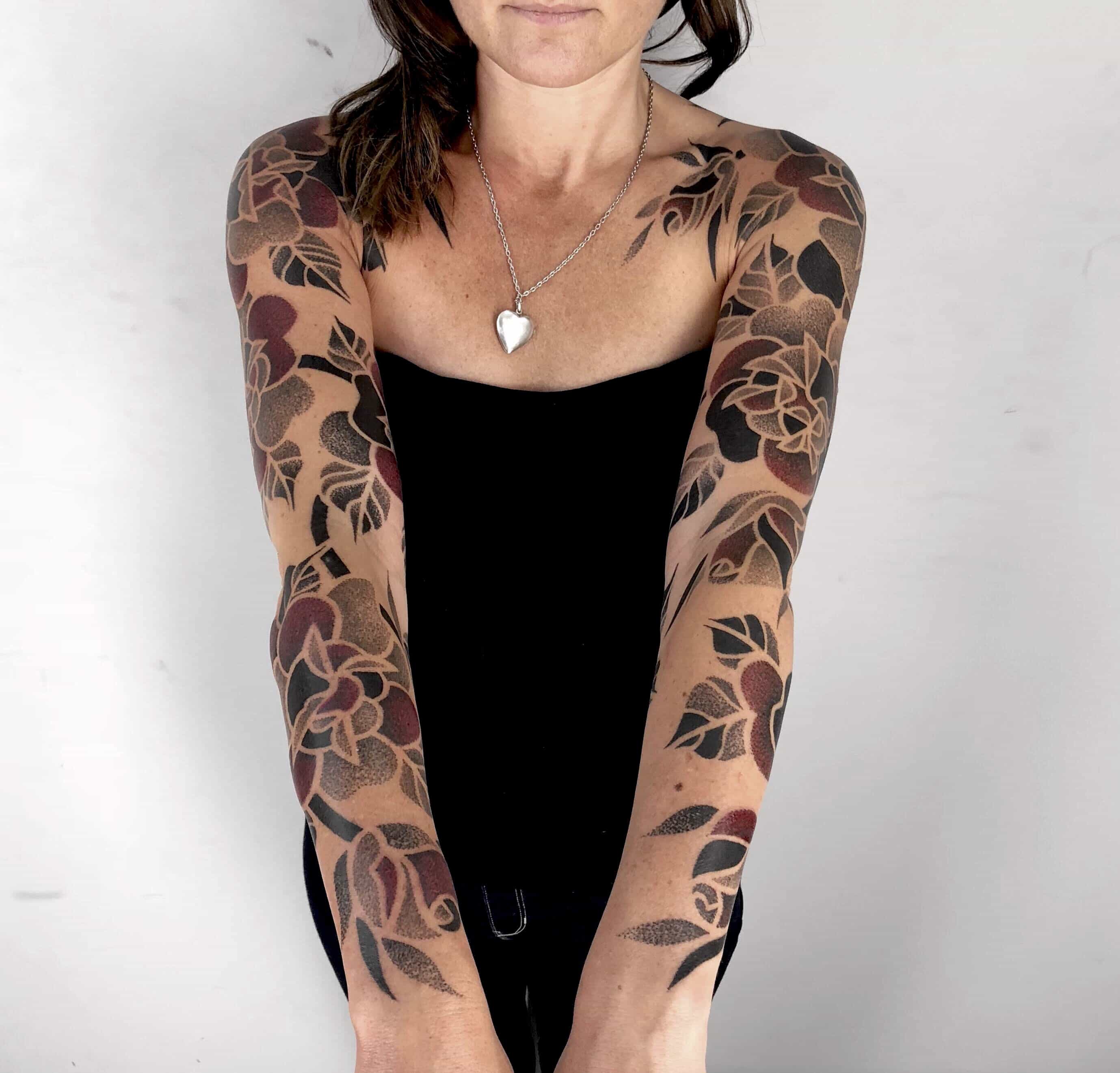 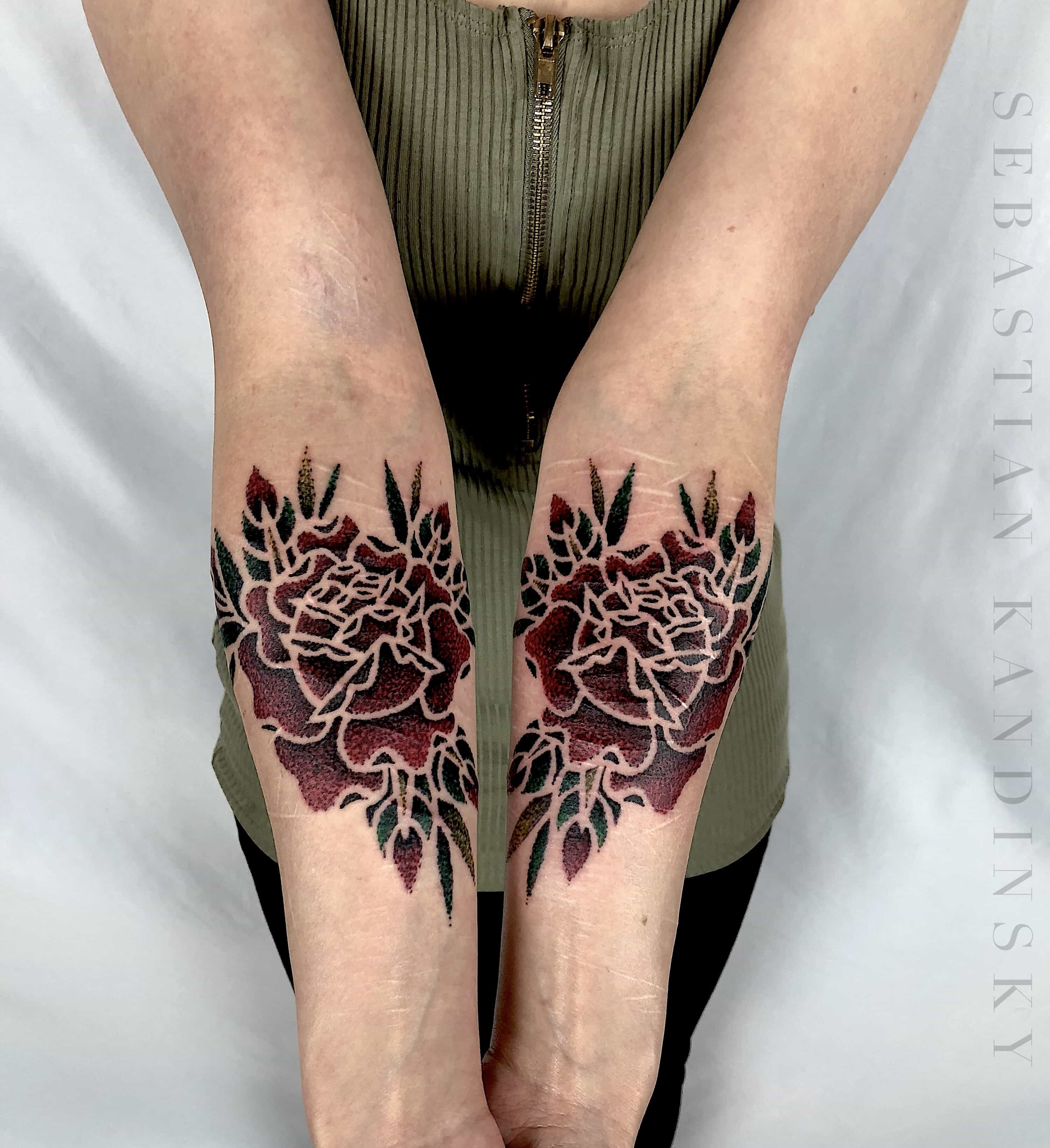 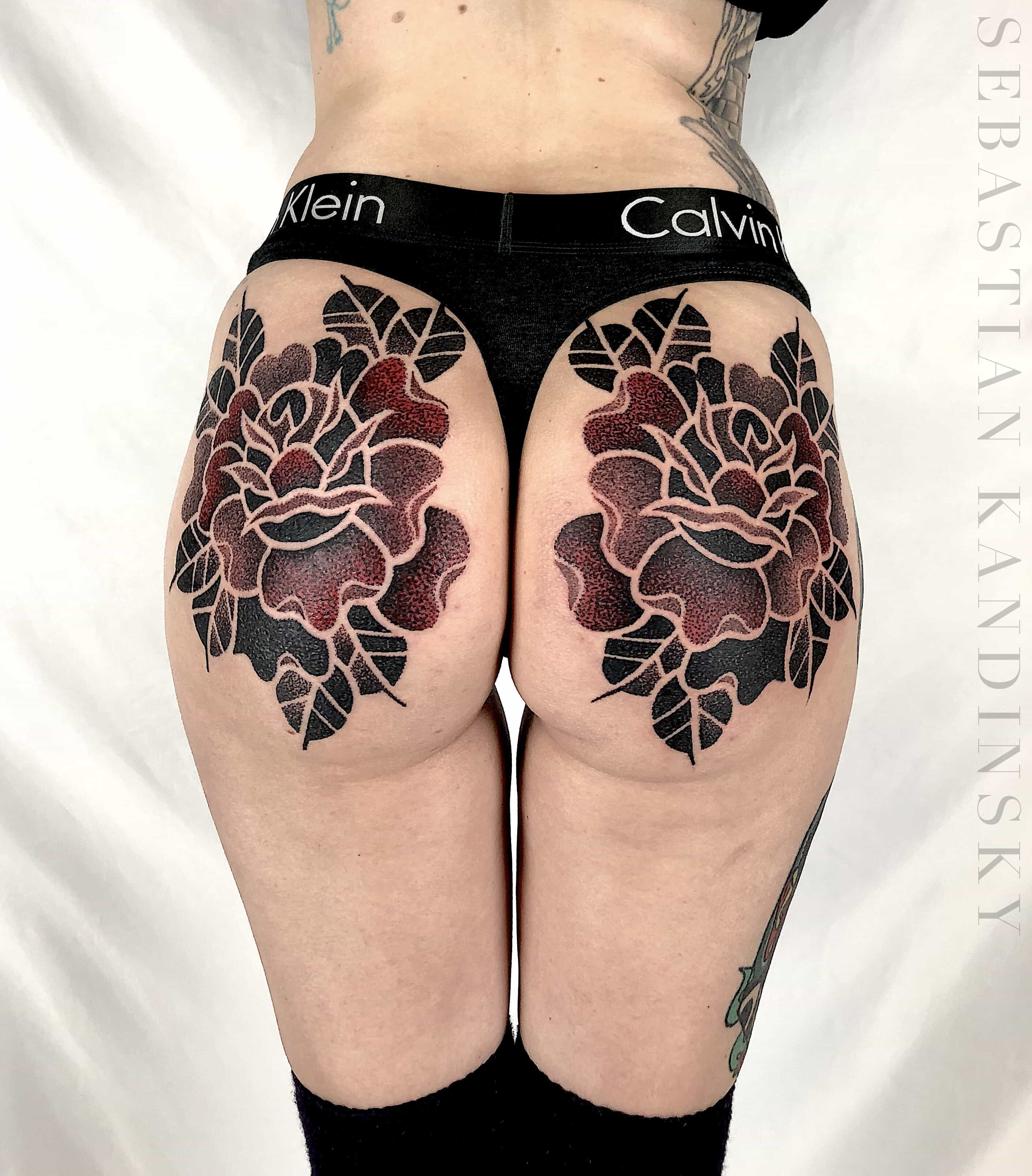 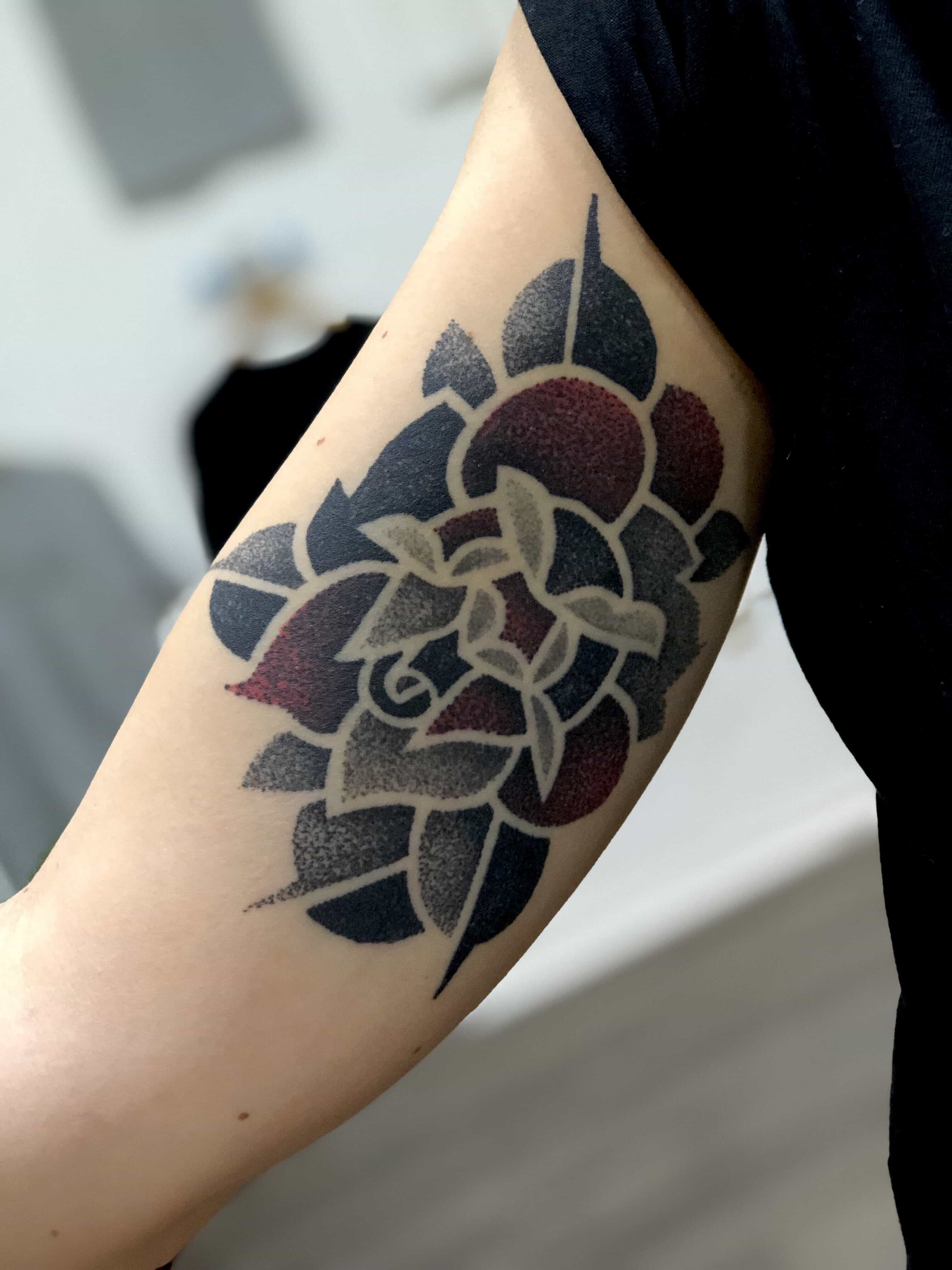 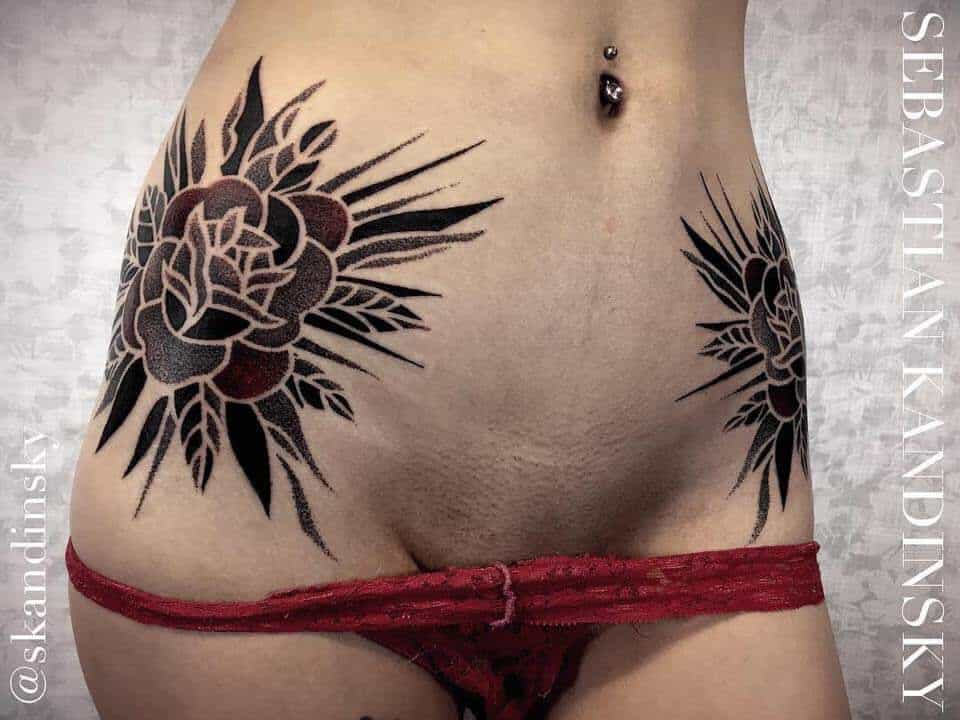 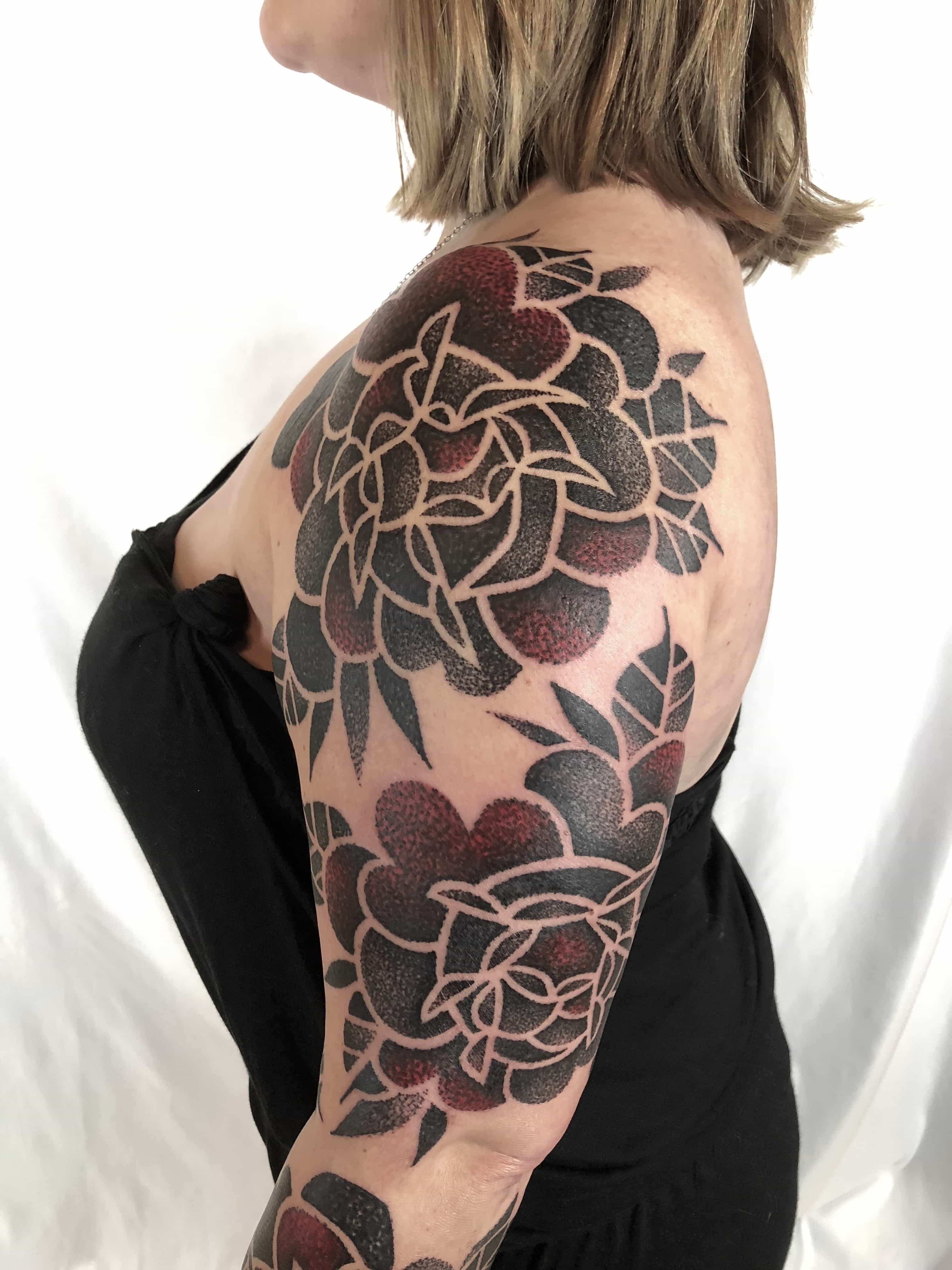 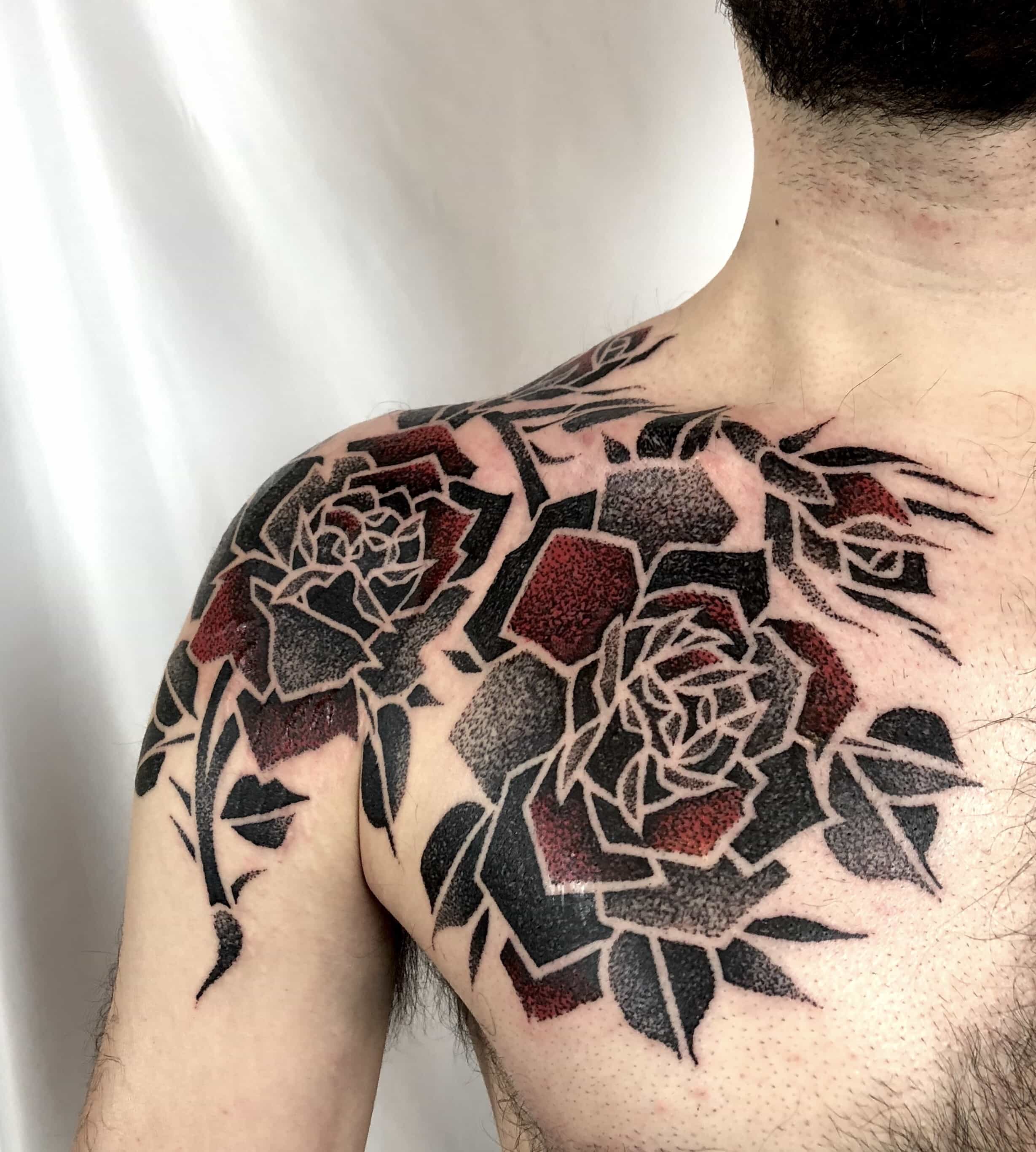 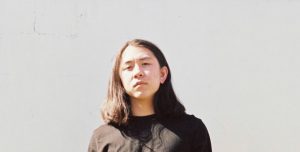 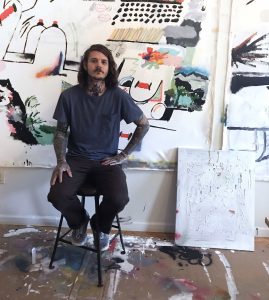 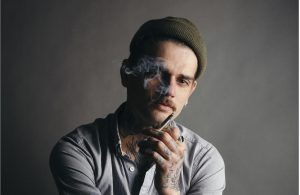