Chingy Fringe creates decidedly modern tattoos through an unlikely combination of traditions—routing a style versed in traditional American and Australian tattooing through classical Japanese motifs. The virtuosic results look nothing like the sum of their parts, testifying as much to Fringe’s sense of contemporary aesthetics as to his reverence for tattooing’s past. Fringe currently works at Alfred Street Tattoo, on the Gold Coast, Australia.

What is your name, birthplace, and year of birth?
Chingy (Leon) Fringe. Born in the outback of Darwin, Australia in 1994.

Where did you grow up? Please describe your upbringing and sociocultural background.
My parents relocated from Taiwan to Darwin, Australia where we lived until I was about five. Afterwards, we moved to Brisbane, Queensland, where I still live today with a family of my own.

My mom and dad both worked a bunch, so I spent a lot of time hanging out with my older sister and figuring out life with her. Growing up, I loved playing sports. I drew a lot—poorly—mostly NBA players, Rey Mysterio, Snoopy, and Looney Tunes. I probably listened to way too much RnB as well.

Where do you currently work? Prior to that, where have you worked?
I now work at Alfred Street Tattoo on the Gold Coast, Australia. The shop just turned one and have been working here since its doors opened. Prior to that, I worked at Whiskey Lane Tattoo Co. in the next suburb, and before that, City Body Art in Brisbane. I started my apprenticeship at East Coast Ink on the Gold Coast, which no longer exists.

How long have you been tattooing?
I am in my fifth year tattooing.

What inspired you to learn tattooing, and what did you initially learn how to tattoo?
I had dropped out of high school and ended up working a bunch of different jobs. I’d sold electricity door to door, washed dishes, worked in a hospital laundry, bartended, and so on. I had gotten my first few tattoos when I was 17, but tattooing wasn’t something that ever crossed my mind at that point. I believe it was after flicking through a magazine my friend’s mom gave me; I then copied everything in it. Those efforts snowballed into pursuing an apprenticeship and at this point I know fuck-all about probably everything and anything to do with tattooing.

I initially failed to gain an apprenticeship. My partner Meki’s cousin was a bikie and he eventually got me a job with an acquaintance of his. In the beginning I learned how to clean a toilet three times a day and also drew and hand-stenciled a lot of the other tattooists’ pieces before their appointments.

Were you trained through a formal apprenticeship? Describe the circumstances of learning.
I didn’t apprentice under one person in particular. I was kind of just a general shop apprentice. I had every intention to do everything I needed to, time went by and one day I showed up to work and there was police tape around the shop and news crews outside. Turns out turf wars had gotten the shop shot up overnight. Shortly after, the shop closed its doors and everyone who worked there was forced to move on. After all of that, I had just been trying to work things out on my own, going up the highway to the city.
If I’m honest, it wasn’t until I worked with Edward Brockfield at Whiskey Lane, who is now my current boss at Alfred Street, that I began to really understand more important technical aspects of tattooing. I believe he has genuinely shaped my tattooing as it is at this current point, and I’m grateful for his mentorship.

How did you develop your style? How would you describe it? What are your influences?
My work is rooted in traditional tattooing. I enjoy seeing a design and understanding why things are done the way that they are. I use the basic shapes of classic traditional flash and fill the inside of that with a fair amount of detail—maybe sometimes more than there needs to be. Finding that balance and somewhat making that into my own version is satisfying. Any form of religious imagery gets me going—not what it stands for but its timelessness has me constantly reaching for it. Most recently, artists like George Barbier, a French illustrator from the 1900s, has been a source of inspiration and has me putting soft yet untidy flowers in everything I do. European traditional tattooing is definitely one of my strongest influences and I look to the likes of Max Brain and so on. I try to use around four to five colors maximum per tattoo. It’s not a must but I enjoy the end result and I hope my customers do too.

"My work is rooted in traditional tattooing. I enjoy seeing a design and understanding why things are done the way that they are. I use the basic shapes of classic traditional flash and fill the inside of that with a fair amount of detail—maybe sometimes more than there needs to be. Finding that balance and somewhat making that into my own version is satisfying. Any form of religious imagery gets me going—not what it stands for but its timelessness has me constantly reaching for it."

Have you had or do you have plans to take on apprentices?
I am still getting out of my nappy and crying for my bottle. I am literally learning new things everyday, and when I feel somewhat comfortable for 8.5 seconds, the rug is pulled from under my feet and I’m back in the cot. Safe to say I’ll be apprenticing myself forever and hunting for the best tatt-version of myself till’ I’m dust.

What do you look for in a shop?
Genuine conversation, funny souls, hard working and hungry workmates, fair rotation of music, and, most importantly, air conditioning.

Do you have any hobbies outside of tattooing?
I live about an hour away from work so it’s dinnertime by the time I get home during the working week. I guess any spare time that I have away from tattooing I really enjoy spending with my two ladies—my partner and my daughter, Audrey. I generally enjoy a bit of living room grazing too, by nature I am lazy as fuck.

What inspires you generally?
First and foremost, my family. Tattooing and what it leads you to do for a living is an inspiration on its own. Seeing good friends and respected peers really pushing their limits and doing amazing work makes me want to constantly work harder and pull my finger out.

Are any other forms of media, traditional or digital, important to your work?
My work is probably just a funneled version of everything I consume. From music videos to tattoo flash, I think it all influences my mindset and myself in general. And that then exists within my work. It all counts for something when you’re constantly trying to create. I appreciate everything.

Is traveling important to you? If so, where do you usually travel? Do you have any interesting experiences abroad that you can share?
I love traveling and always feel blue when it’s over and it’s home time. I don’t know anyone who doesn’t enjoy traveling. Tattooing-wise, I haven’t had the chance to work abroad except in New Zealand a couple years ago. I usually guest every couple of months interstate here in Australia to get through the slower months. I hope to cross the pond a bit more next year. I want to thank full time tatt-soldier Ayden Thomas, who crushes in Perth, for inviting me out on my very first guest spot—tattooing and traveling with him is always a treat.

What is the main challenge of tattooing today?
I guess sticking to your guns, believing in your own work, maintaining a desire to be original, and to refrain from code hopping because the wagon looks nice from the outside. Social media on the sloppy side makes it easy for tattooers to constantly compare themselves and feel competitive or negatively towards one another for no reason when really, we all do the same job. It’s also important that the work you do still comes from you.

Ideally, how would you like to see tattooing evolve? How do you think it will evolve realistically?
I don’t really know. Maybe Robotik Ink Apocalypse will be across the road one day. But I hope all the good people in tattooing continue being great and are able to put food on their tables for years to come. Maybe the muppets and the schemers can go on holidays for a little while. 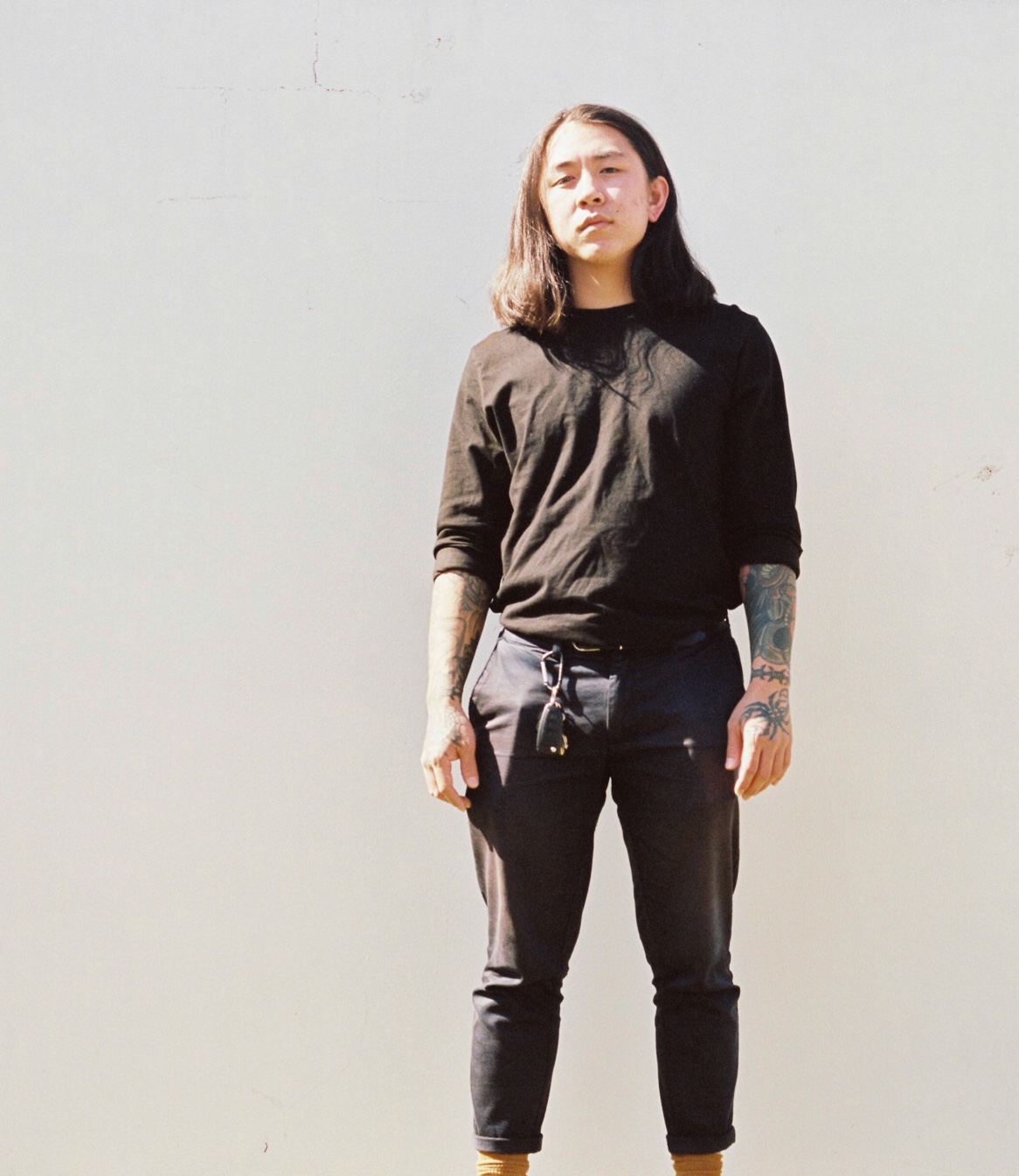 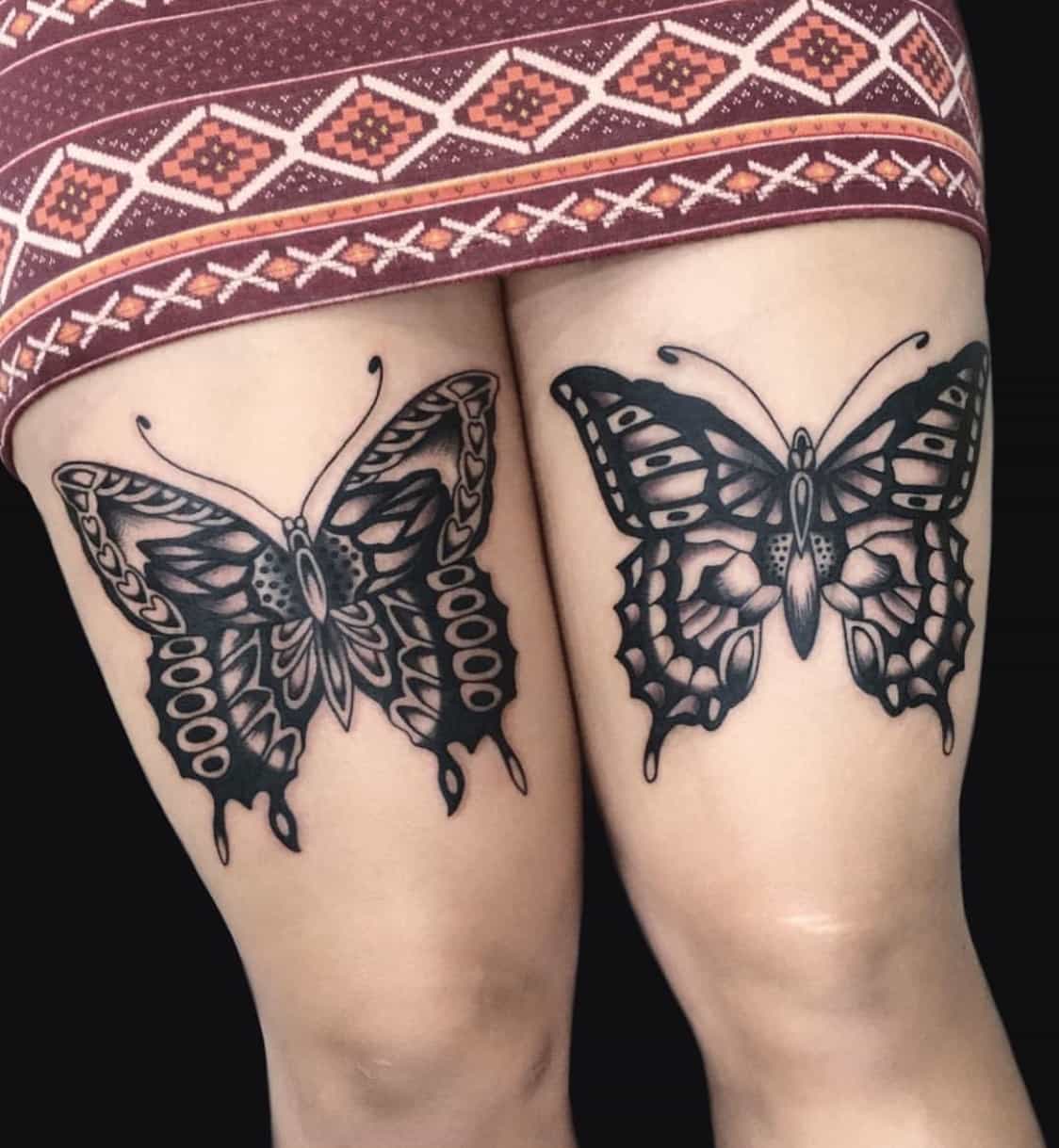 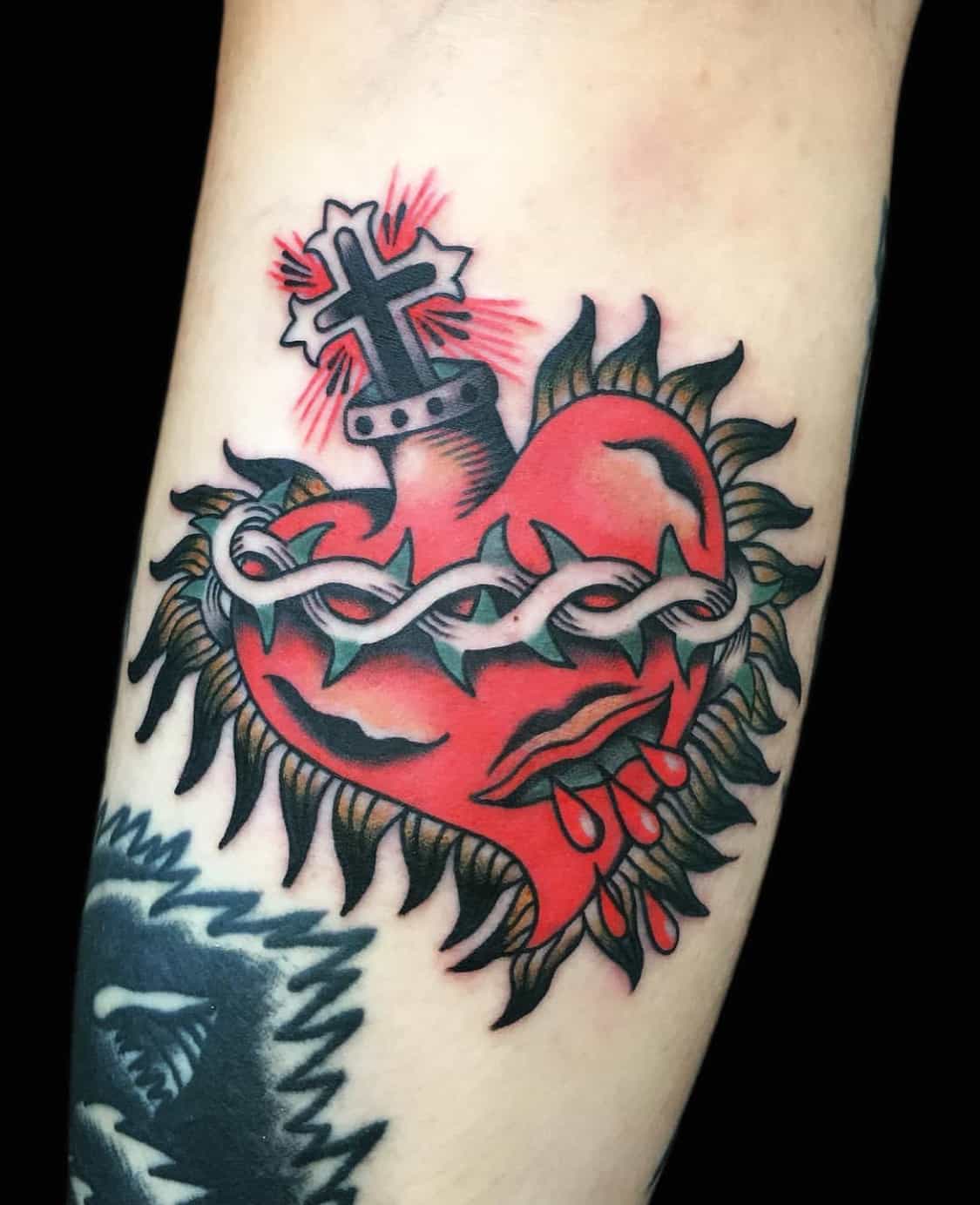 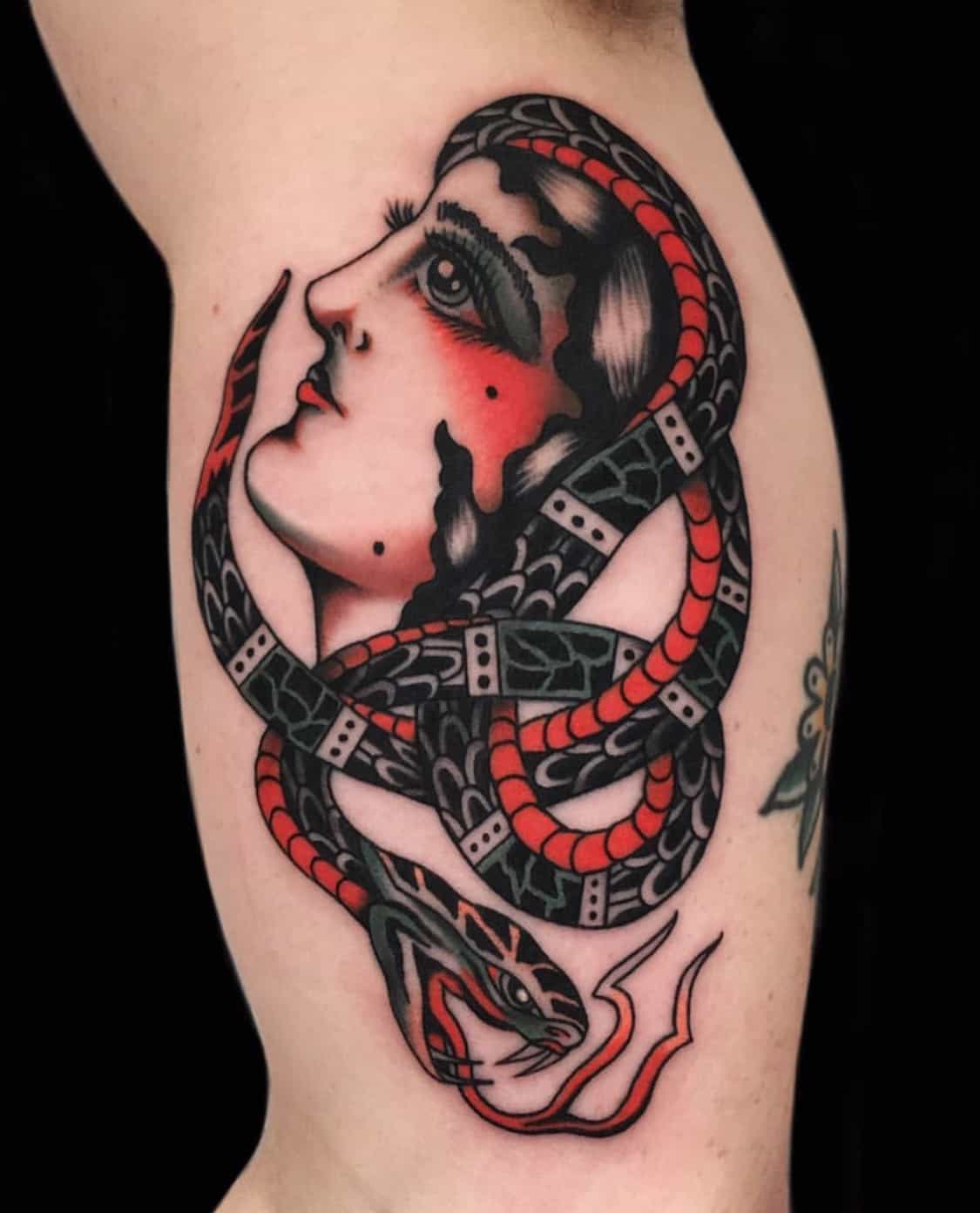 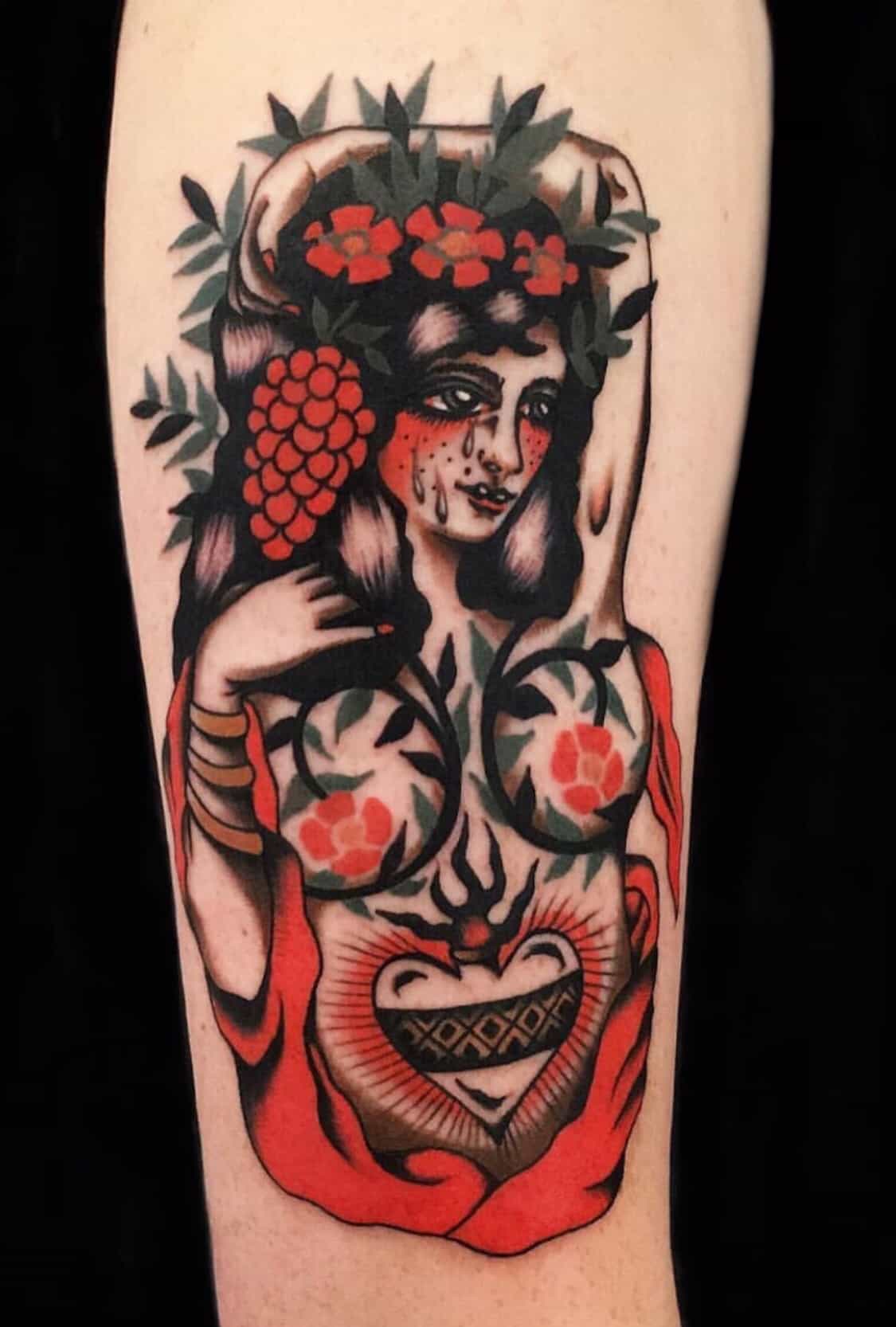 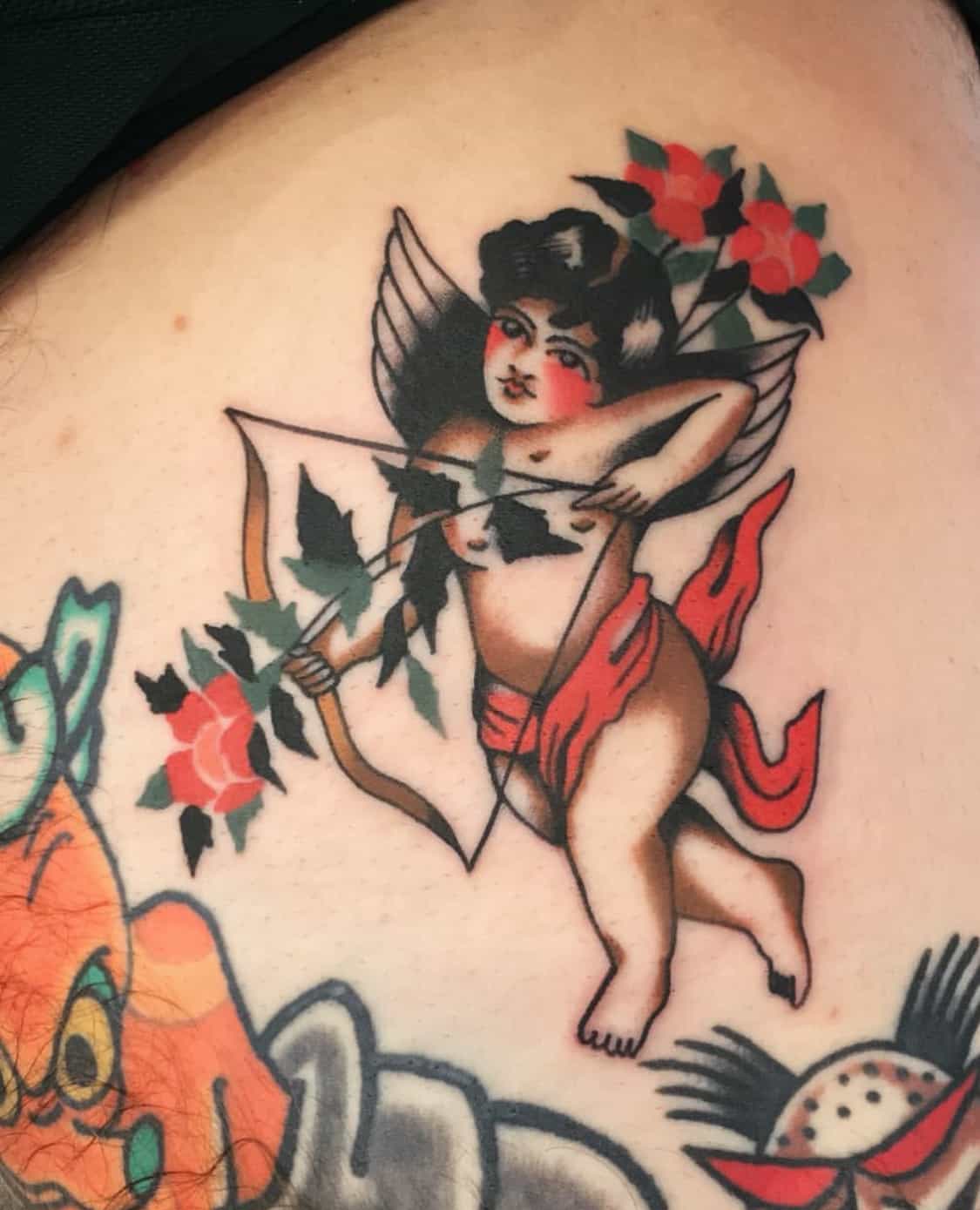 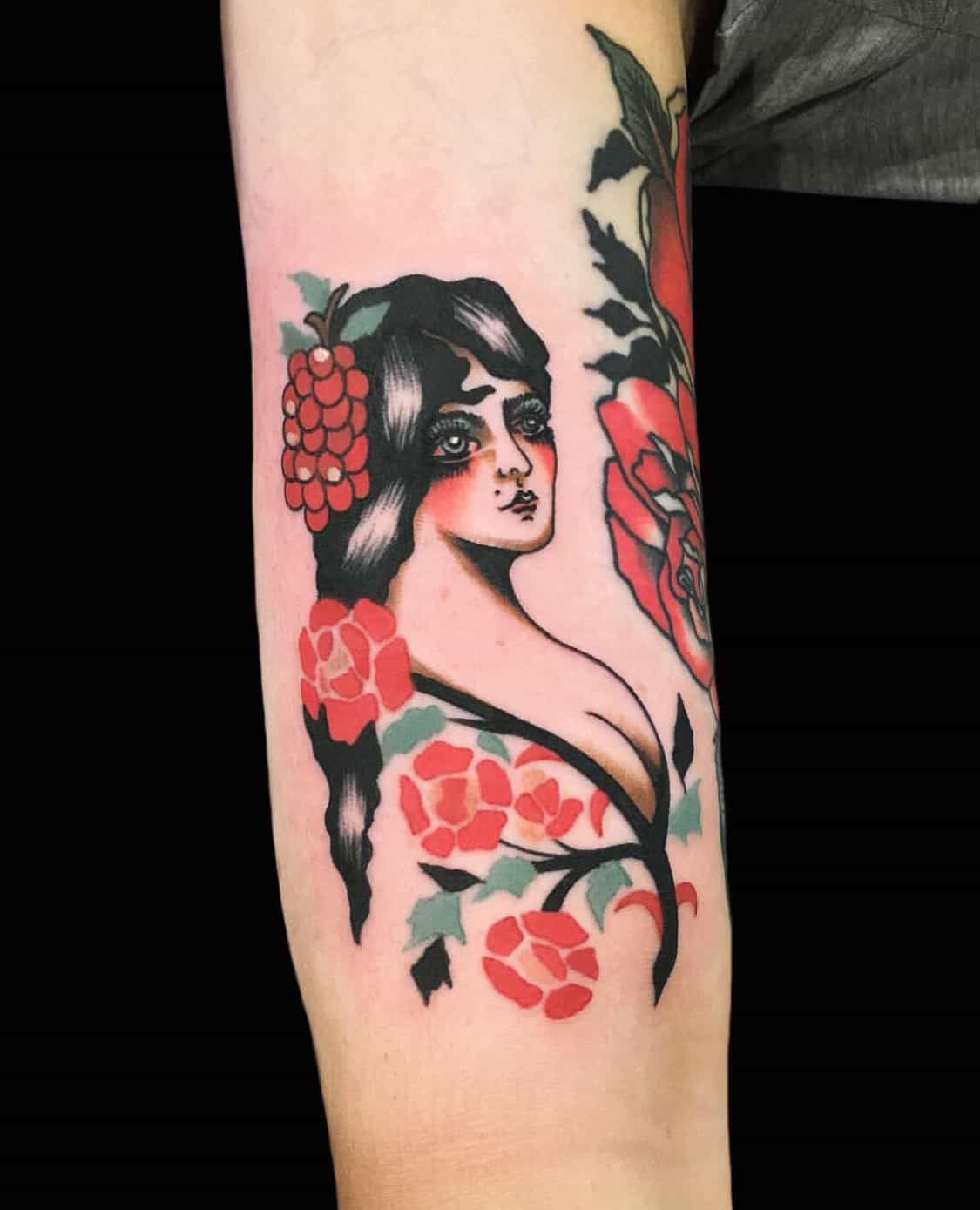 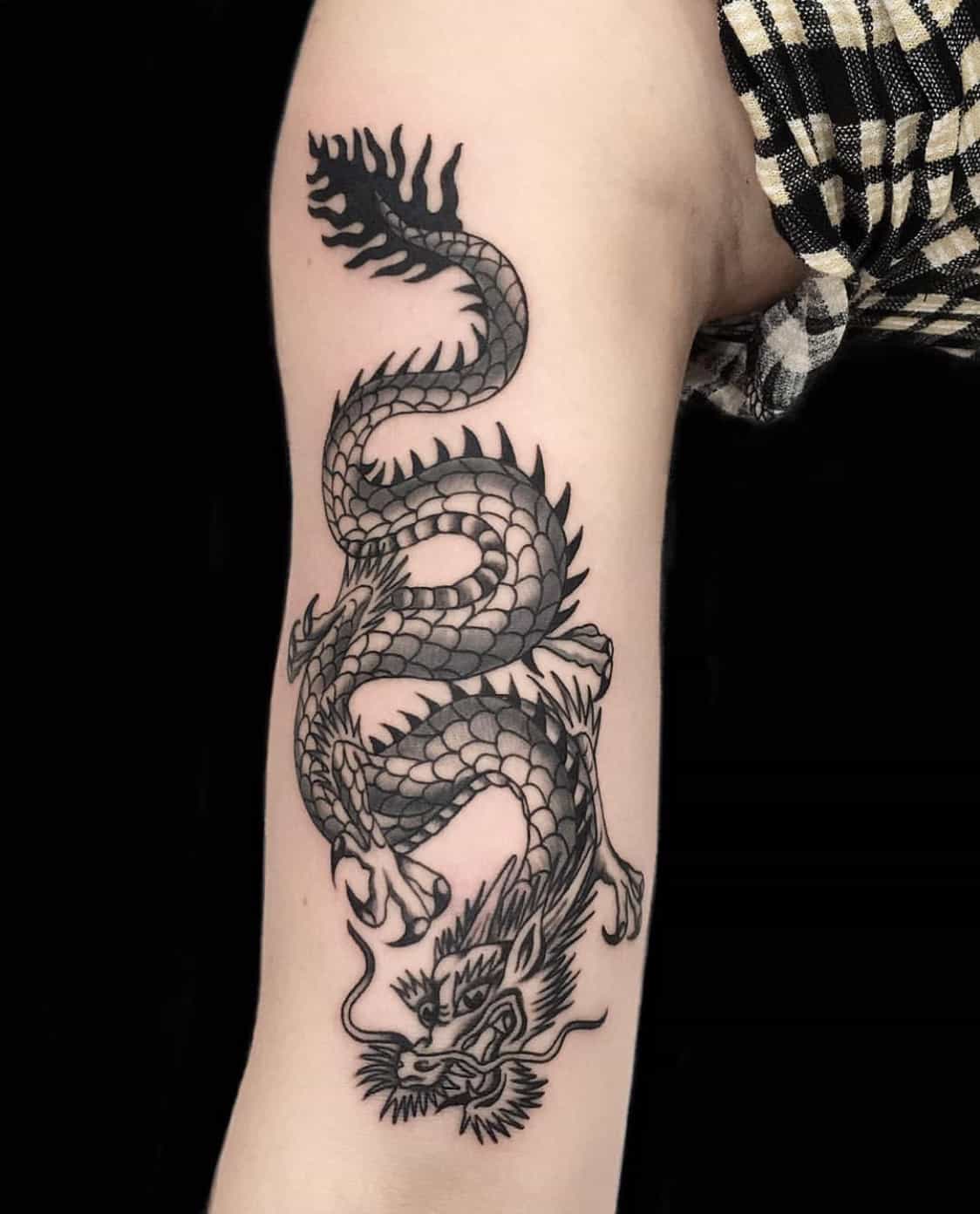 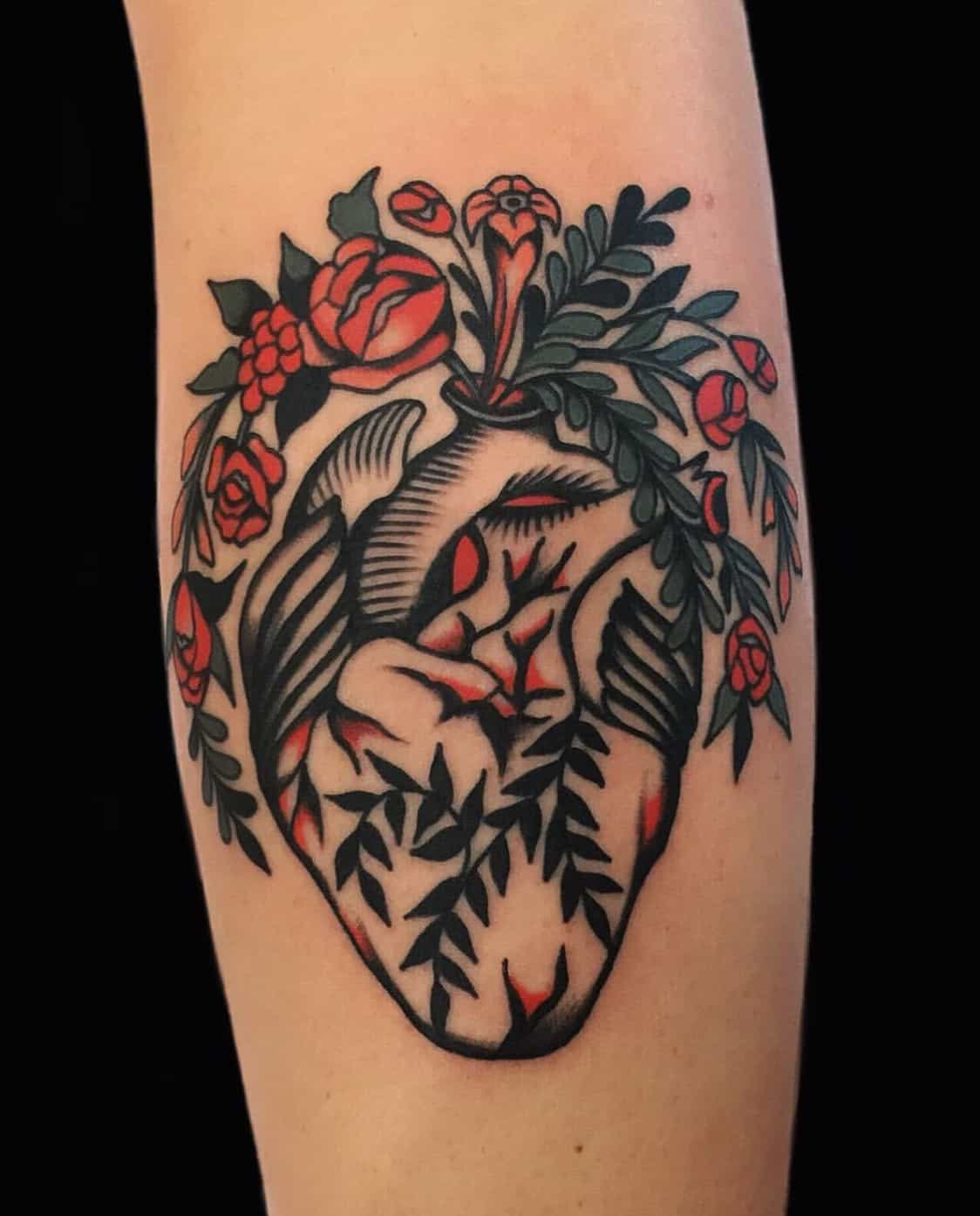 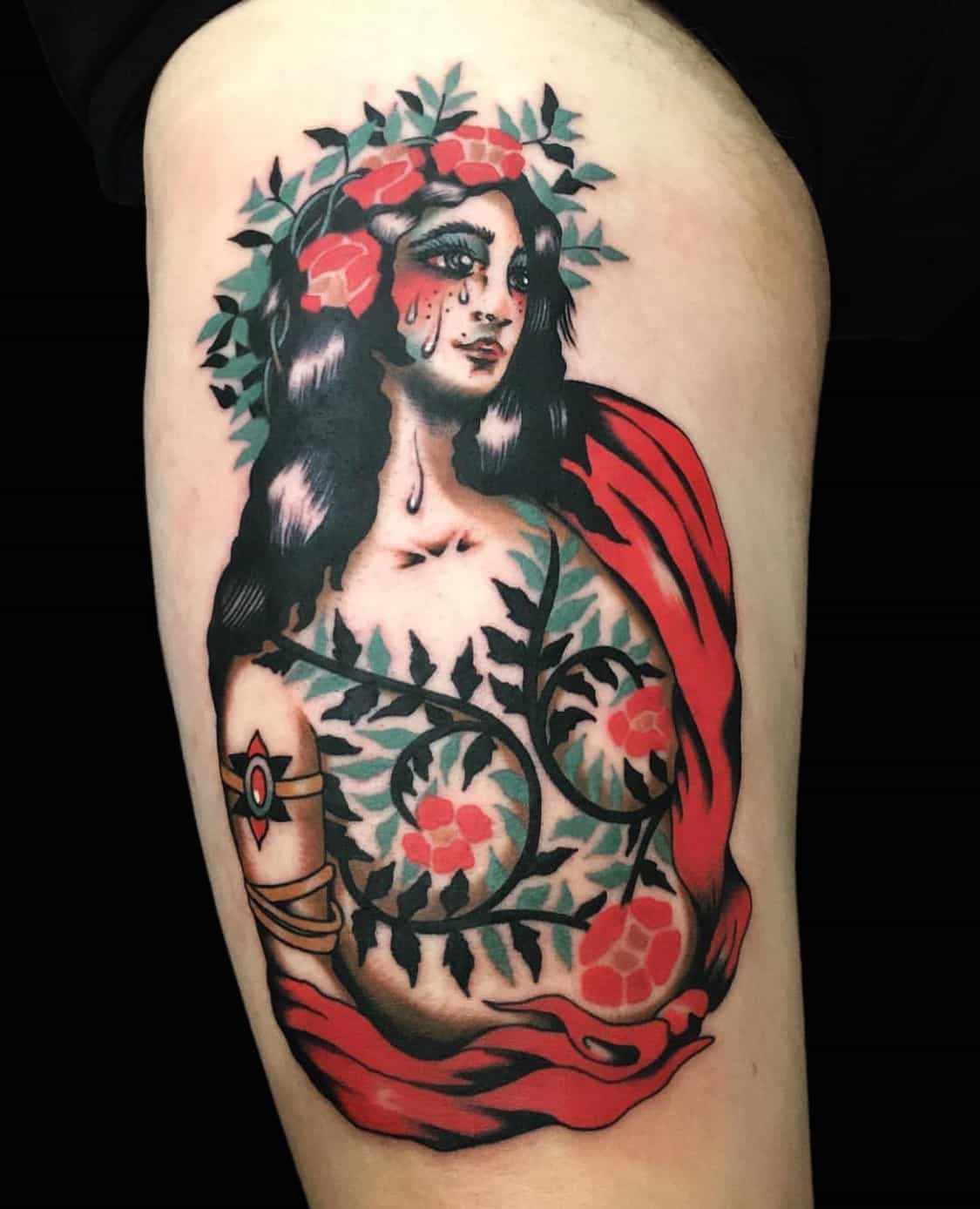 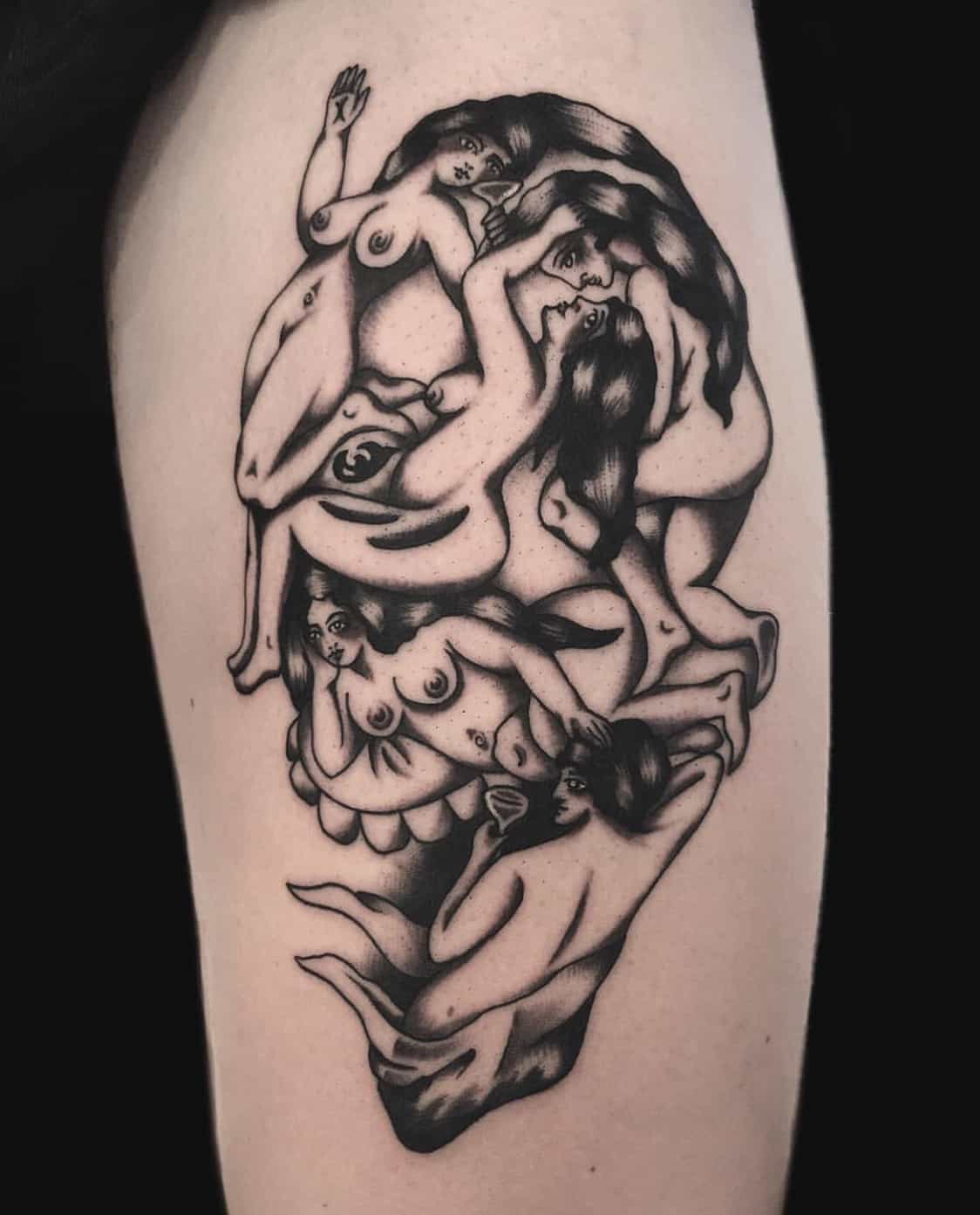 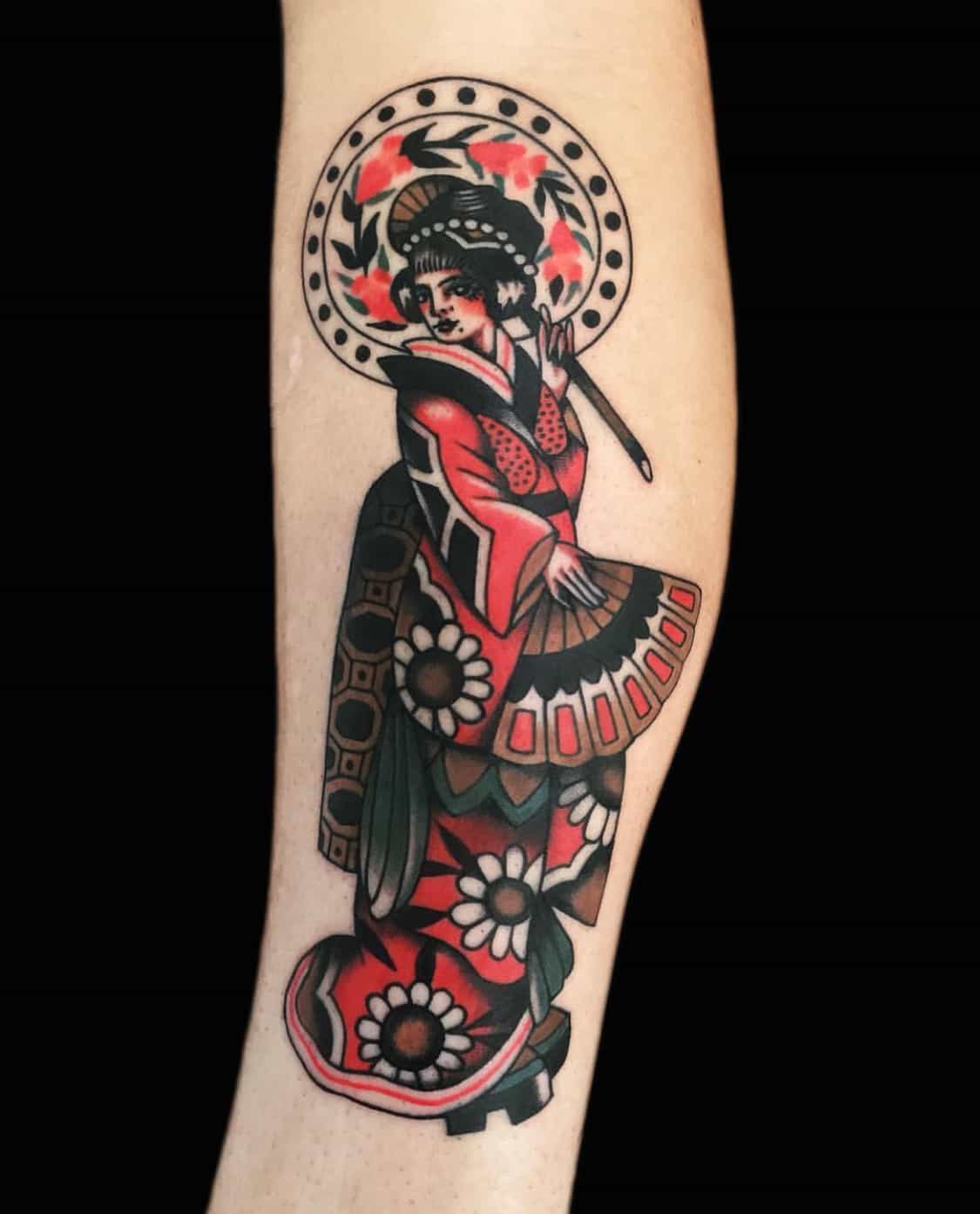 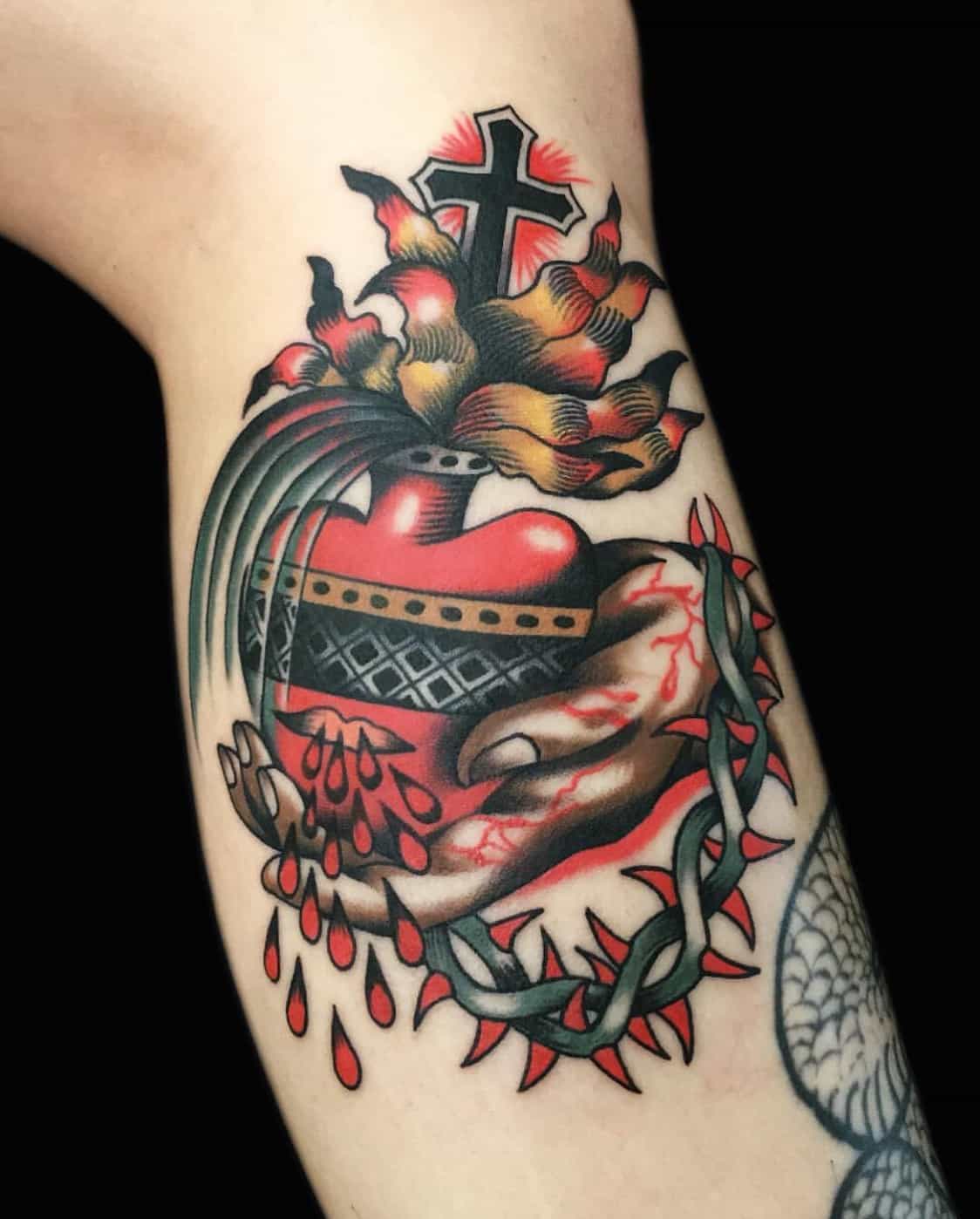 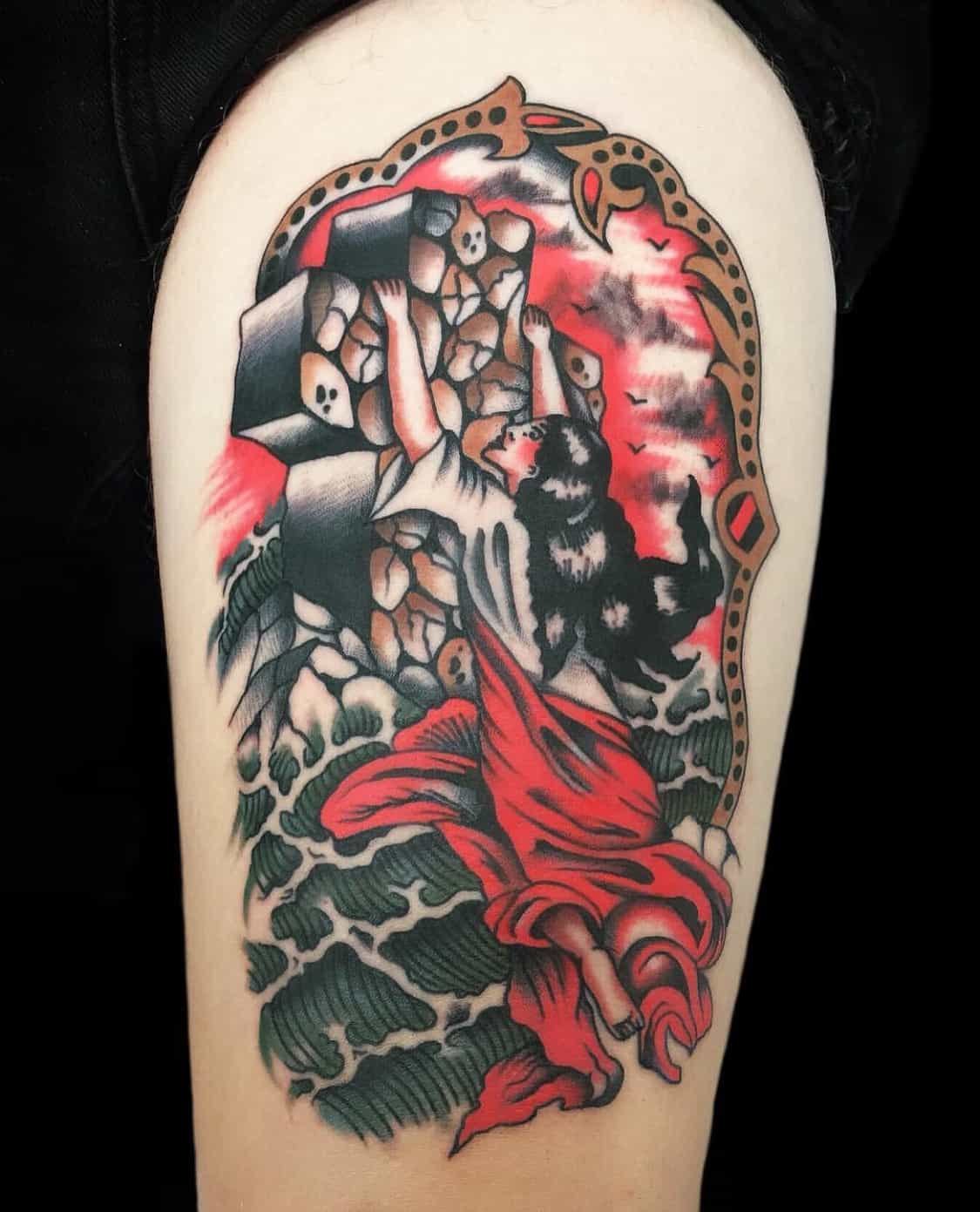 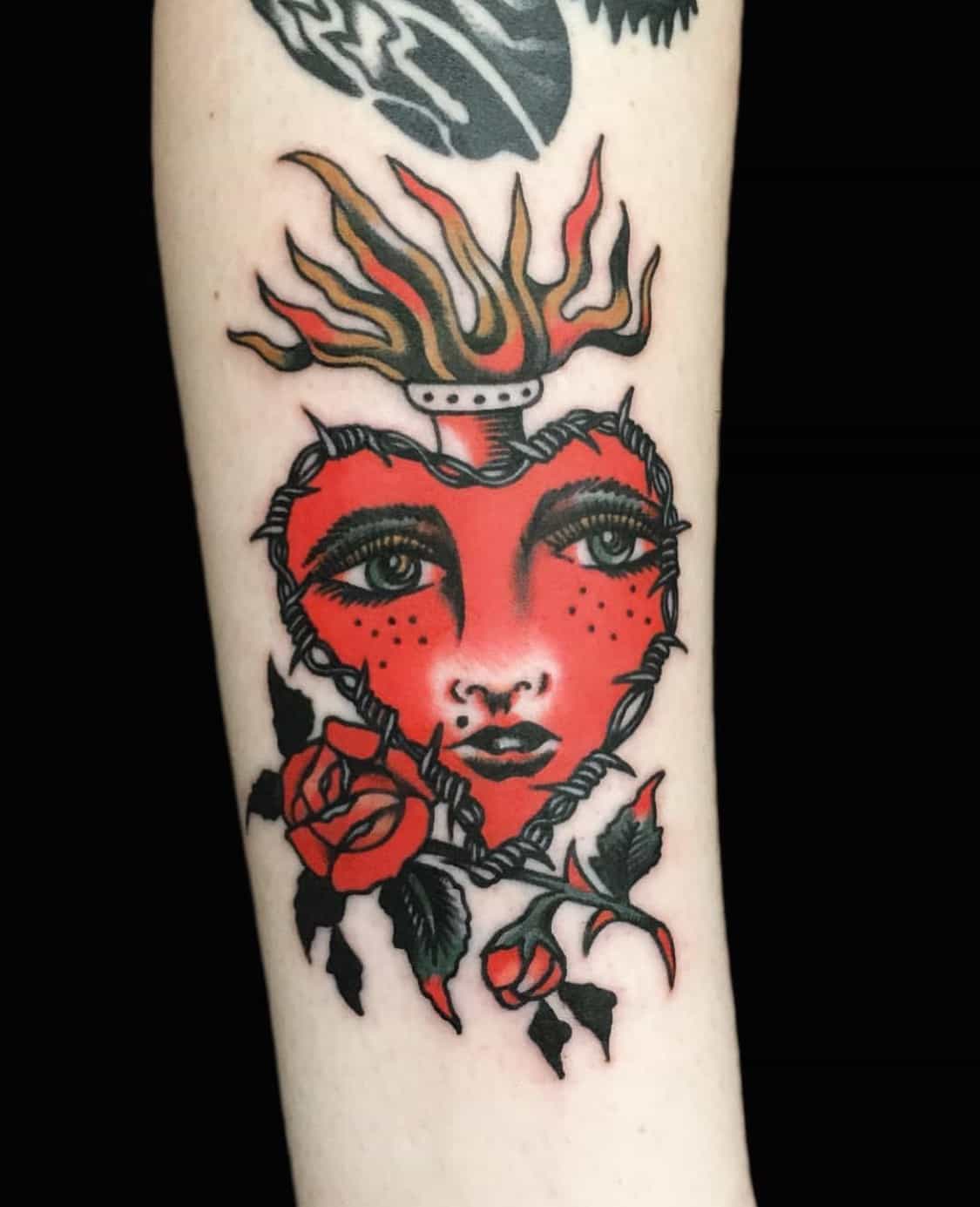 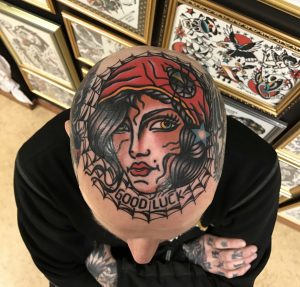 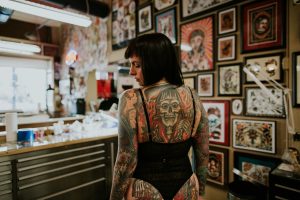 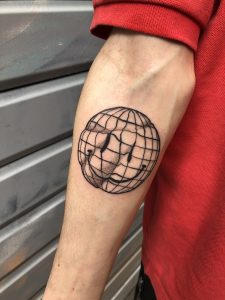