Discipline Press is the critical imprint of Tamara Santibañez, founded in January 2016. It is both a productive meeting point of Santibañez’s multimedia art practice and her activism, and a means of sustaining and expanding the conversations on which she intervenes—from prison reform and abolition to contemporary presentations and performances of sexiness. We speak with Santibañez about Discipline Press’ newly released anthology, SEXINESS: Rituals, Revisions, and Reconstructions, created in collaboration with Sang Bleu Publishing.

Could you give us a brief introduction to the origins and mandate of Discipline Press? What did you want to achieve in founding it? Who else is involved in running the press?
Discipline Press was a way to unite and formalize my own independent publishing efforts over previous years. I had years of experience with DIY publishing and printmaking and was seeing friends encounter difficulties with some publishers they were working with, in areas ranging from organizational issues to conflict over their content. I saw many publishing imprints working with subcultural or marginalized artists in a way that felt tokenizing and anthropological and I wanted to speak to such work as a small slice of larger vibrant cultures or conversations. At a time where the Internet is rapidly changing the standards of what is subcultural, what I’m hoping to do is work beyond the aesthetics of it and explore the narratives of people enacting its ideas and politics in a profound way.

One unexpected hurdle that has made the work feel even more crucial to continue is censorship. I think, as a young punk, I imagined formal censorship as a Nancy Reagan relic, but the truth is that it’s present today in pervasive and insidious ways. From printers refusing to print certain content or any nudity whatsoever, to being unable to get funding because of topics covered, to retailers declining to carry titles—we have encountered quite a bit of it. To me, that underscores the importance of standing behind the work however I personally can. Discipline has an assistant, Rhylli Oguira, who has curated some titles, and a wonderful intern, Sona Quigley, who has been an incredible asset, particularly in compiling the SEXINESS book.

What prompted you to create this book? If the work you're doing here is trying to define an orientation that might allow the revisioning and reclaiming of sexiness in its inexhaustible iterations, what was the motive behind turning that orientation into a multimedia book? Is there something about this material that is best expressed in the kind of anthology you've created?
I read quite a lot and have always been a book collector. There is something about holding a physical object in your hands that makes taking in the information contained within it seem more real. I felt that was an important approach in trying to shape this conversation—reifying it into something physical and concrete as a way to anchor the ideas, and cut through the nebulousness of sexiness as a concept. I thought it would be important to create a beautifully designed and printed hardcover book as a method of lending weight to the contributions. Alternative expressions of identity and sexuality can often be dismissed as juvenile or purely for aesthetic shock, and I wanted the format of the printing to ask readers/viewers to consider it as carefully and thoughtfully as the authors intended. In a sense, I also see printing a book as situating yourself in a larger and longer conversation—inserting yourself as a placeholder in a long trajectory of political evolution and printed archives that both predate and succeed yours.

How did you select the forty individuals featured in this book? Was there a clear principle of curation behind the people you approached? What were some of the issues you were attentive to when choosing speakers?
When I first conceived of the book, I tried to think of a dream list of the perspectives I most wanted to hear. Sex workers were an important part of the conversation as they understand the intersection of power, capital, and sex better than anyone. Queer perspectives were equally important to me because we spend so much time and energy considering our sexuality and presentation for reasons not always by choice or within our control. Diversity and intersectionality were also things I had an eye towards. I wanted to include people who are doing the work of educators as well, because their work possesses a special clarity and direction and they are obviously skilled at having these conversations. The list of contributors really evolved organically with time. There are so many other people I would have liked to include, and this is still such a small part of the bigger picture, but I’m happy with it as a starting point.

What were the prompts given to each of the speakers? Did they vary?
Each contributor was given the same prompts to work from: a short paragraph explaining the concept, and a series of open-ended questions meant to be a starting point for their responses to grow from.

I don’t discount aesthetics at all—I think the book makes that clear—but I think the prescriptive aspects of mainstream sexiness often focus most on aesthetics and I wanted to skew in the other direction as a sort of counterbalance. I find that, for myself, my aesthetic explorations are totally cyclical in nature, and I have moments of existing in many types of outward expression, but the internal process of getting there is what keeps me grounded in all of them.

In the space outside the expected is where the information I’m most interested in learning lies. [Nonvisual] sensory aspects have a lot to tell us about the more personal and individual experiences of sexiness.

As you describe the critical stakes of this project, it becomes clear that "mainstream" sexiness functions as one way of channeling radically divergent desires for a better life and a more fulfilling place in it—a way of capturing that desire by appearing as the promise of its fulfillment, and then of indefinitely deferring that fulfillment. So while you rightly point out that it is obviously impossible to become "the same" under these conditions, you also bring out the fact that mainstream notions of sexiness function by creating a desire to become the same. In that sense, mainstream sexiness belongs to a repertoire of techniques—we could include things here like class aspirations and normative familial relationships, among many others—which regulate desire. If there are many different capitalist ideas that serve this regulatory function, why is sexiness your chosen site of criticism and intervention?
Sexiness stood out to me partially because it is a site where I see these regulatory mechanisms colliding. As you say, class, race, gender, sexual orientation, able-bodiedness, and many others all overlap in the ways we are “allowed” to move and be in the world and participate in this concept of mainstream sexiness. There is potential for so much oppression there, but the attractiveness of participating at all is that, at its simplest, sexiness is supposed to be about very fun and pleasurable things—sex and presentation. It’s obviously much more complicated than that, but in creating some space between individual definitions of sexiness and broad notions of sex as the goal post itself, I think we can come to some significant conclusions. I see sexiness as an important space to talk about intersectionality because of its role as a meeting point for all these potential conflicts and possibilities. I believe that once we begin to pull that thread we can unravel so many alternatives to the homogenous, mainstream version of it.

Vision is often the privileged register in both mainstream iterations of sexiness and its potentially critical reconstructions. Is an idea of sexiness rooted in visual culture something that the book necessarily takes for granted? If not, what other possibilities does it imagine?
It’s true that visual expression is a large part of the puzzle, or at least one of the ones we think of first and maybe foremost. While the submissions in the book do rely heavily on that aspect, I think they also offer up a lot of intimate information about the rest of the puzzle—sensory aspects outside of vision, as well as conceptual and intellectual perspectives. These are just as important if not more so. In the space outside the expected is where the information I’m most interested in learning lies. Those other sensory aspects have a lot to tell us about the more personal and individual experiences of sexiness.

Many of the revisionings and reconstructions of sexuality in this anthology deploy aesthetics that are at the very least identifiable as non-normative. In many instances, they are deliberately legible as subversive. The way in which mainstream and subcultural notions of sexiness are situated in this book also reinforces the sense of divergence in these aesthetic repertoires. If the political thrust of this work is that it multiplies ways of imagining sexiness as a series of individual practices rather than a single image to which individuals should conform, are there individual practices that might still count as critical and authentic revisionings of sexiness even if they result in something similar to a mainstream aesthetic of that idea?
This is a question that I think has been asked for quite awhile. I’m reminded of second-wave feminist criticisms of queer femme identity and of straight women as fetishizing their own oppression and placating the male gaze. In compiling this anthology, I was trying to be sensitive to this very thing, because initially I think I was drawn to inviting people who were outwardly avant-garde or challenging in their physical presentation. However, I abandoned this pretty quickly, because I wanted to prioritize the ideas and the practices over the visual. I don’t discount aesthetics at all—I think the book makes that clear—but I think the prescriptive aspects of mainstream sexiness often focus most on aesthetics and I wanted to skew in the other direction as a sort of counterbalance. I find that, for myself, my aesthetic explorations are totally cyclical in nature, and I have moments of existing in many types of outward expression, but the internal process of getting there is what keeps me grounded in all of them.

Your introduction to SEXINESS does such a good job of situating the content to follow, but in doing that work as a 'framing' piece it also left you out as a potential interviewee. So: what is the import and/or promise of (the practice of) sexiness to you?
I had such a hard time honing in on my own answer to this that it made me a hundred times more grateful to the contributors who all did it so phenomenally! For me, the crux of sexiness is being seen. I have a hard time feeling myself and all the work I do to inhabit my body and my practices without a partner or community to reflect it back to me. It took me awhile to accept that as a positive—I think we have this idea of rugged individualism applying even to the softest parts of ourselves, that we should be this self-fulfilling, self-loving, self-contained unit. But having someone on the outside of you say, I see you, I hear you, I believe what you are saying to me in response to the most personal parts of yourself, in any way they are able to, is something rare and special.

SEXINESS: Rituals, Revisions, and Reconstructions can be purchased online at disciplinepress.com and at sangbleu.com. 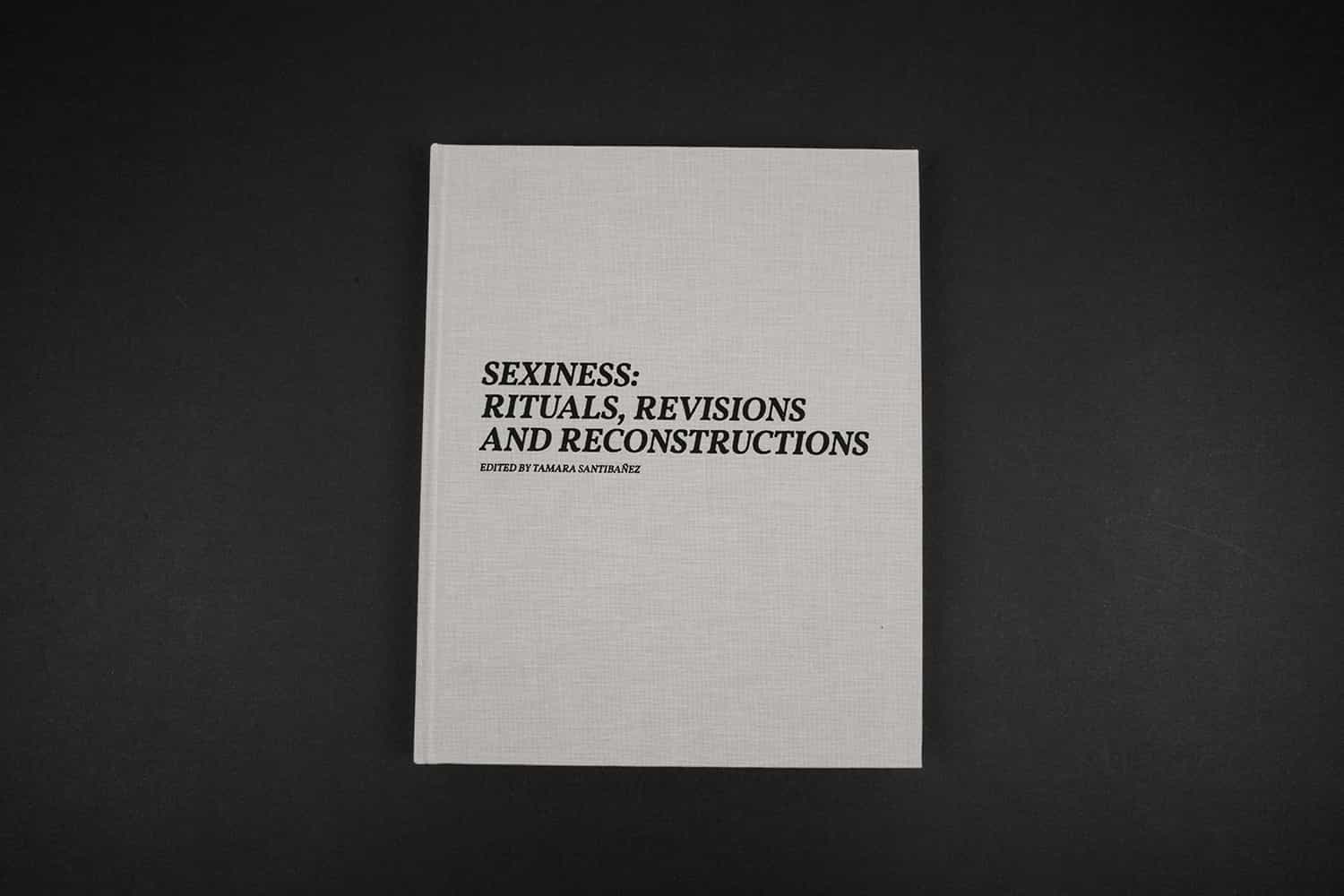 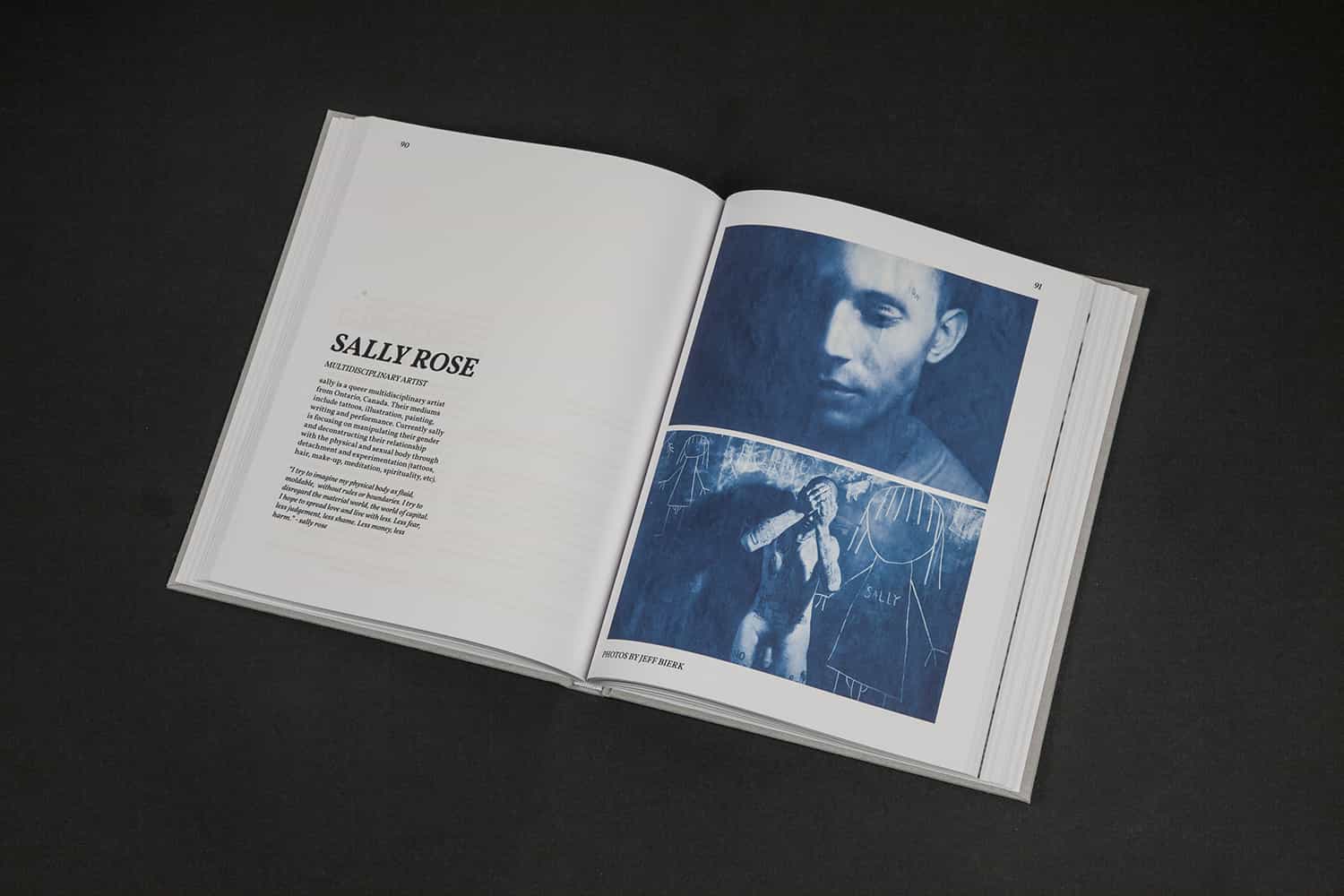 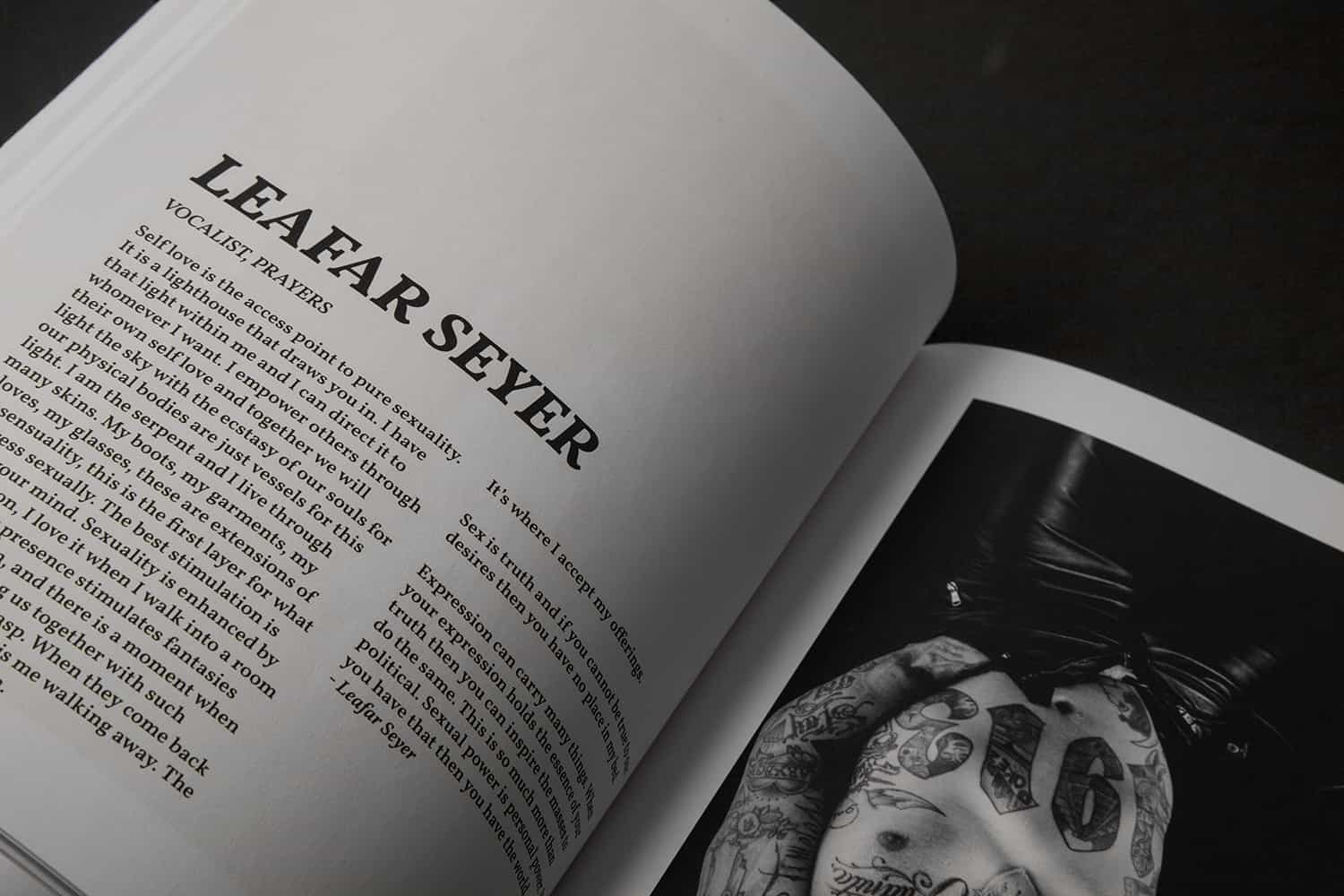 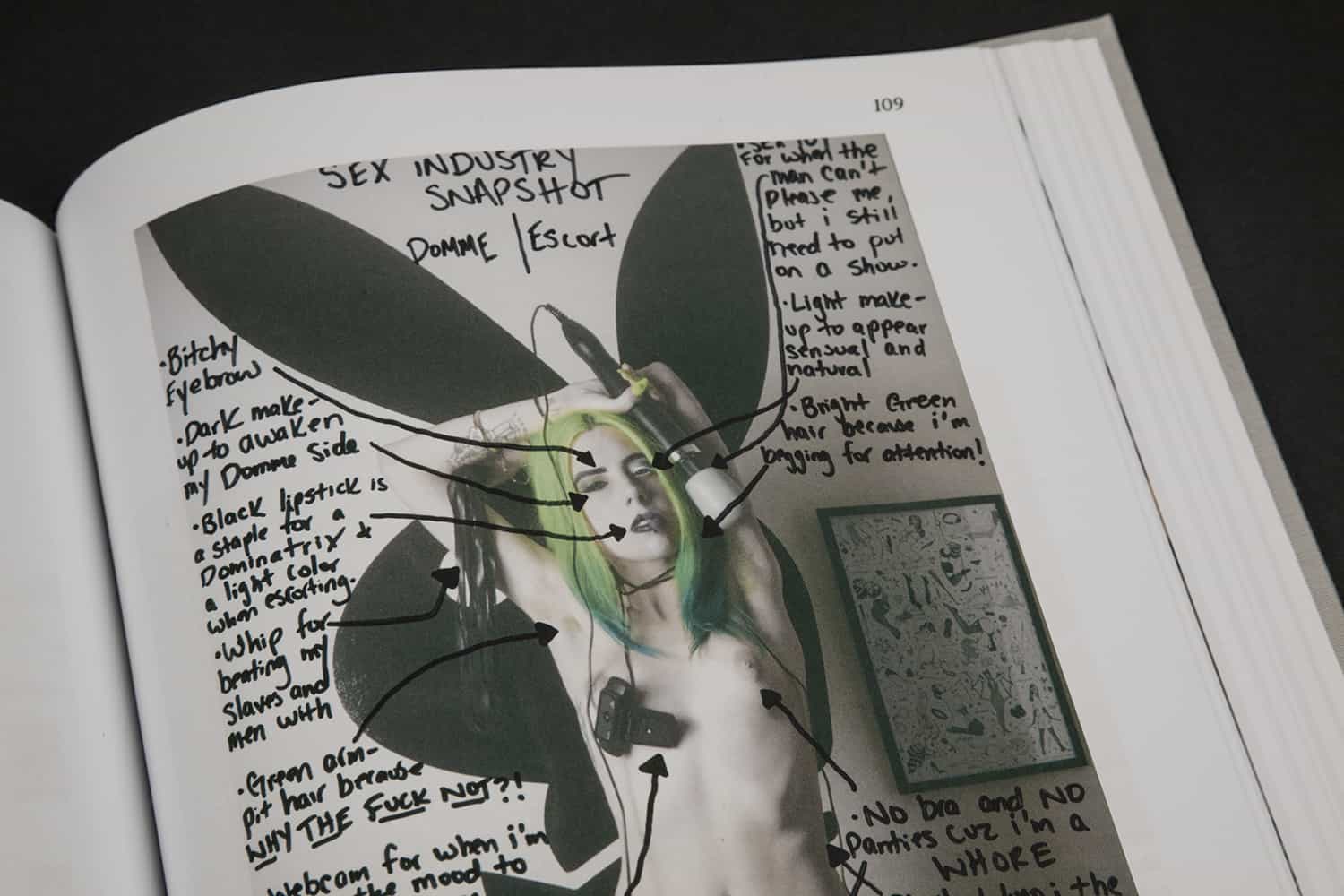 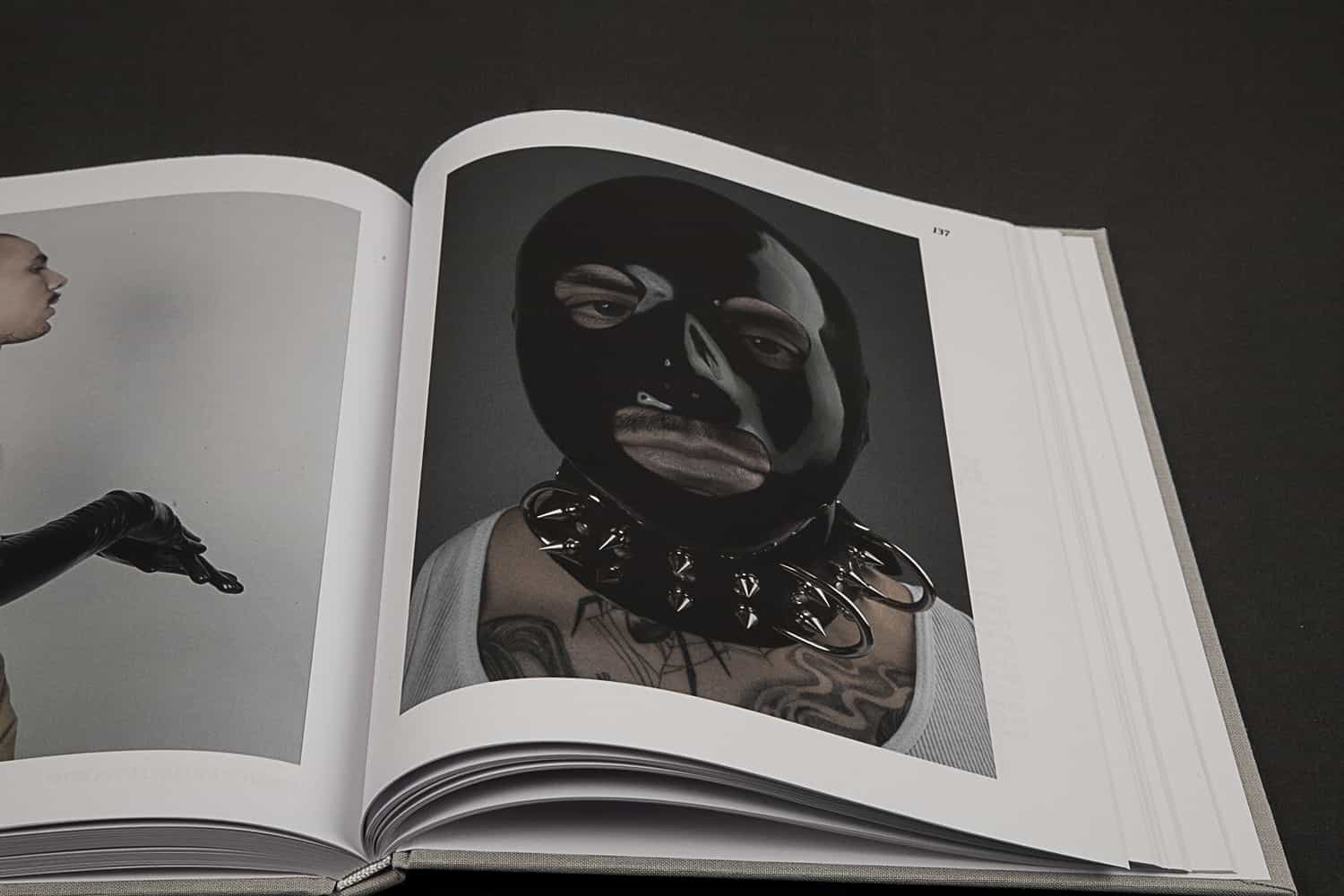 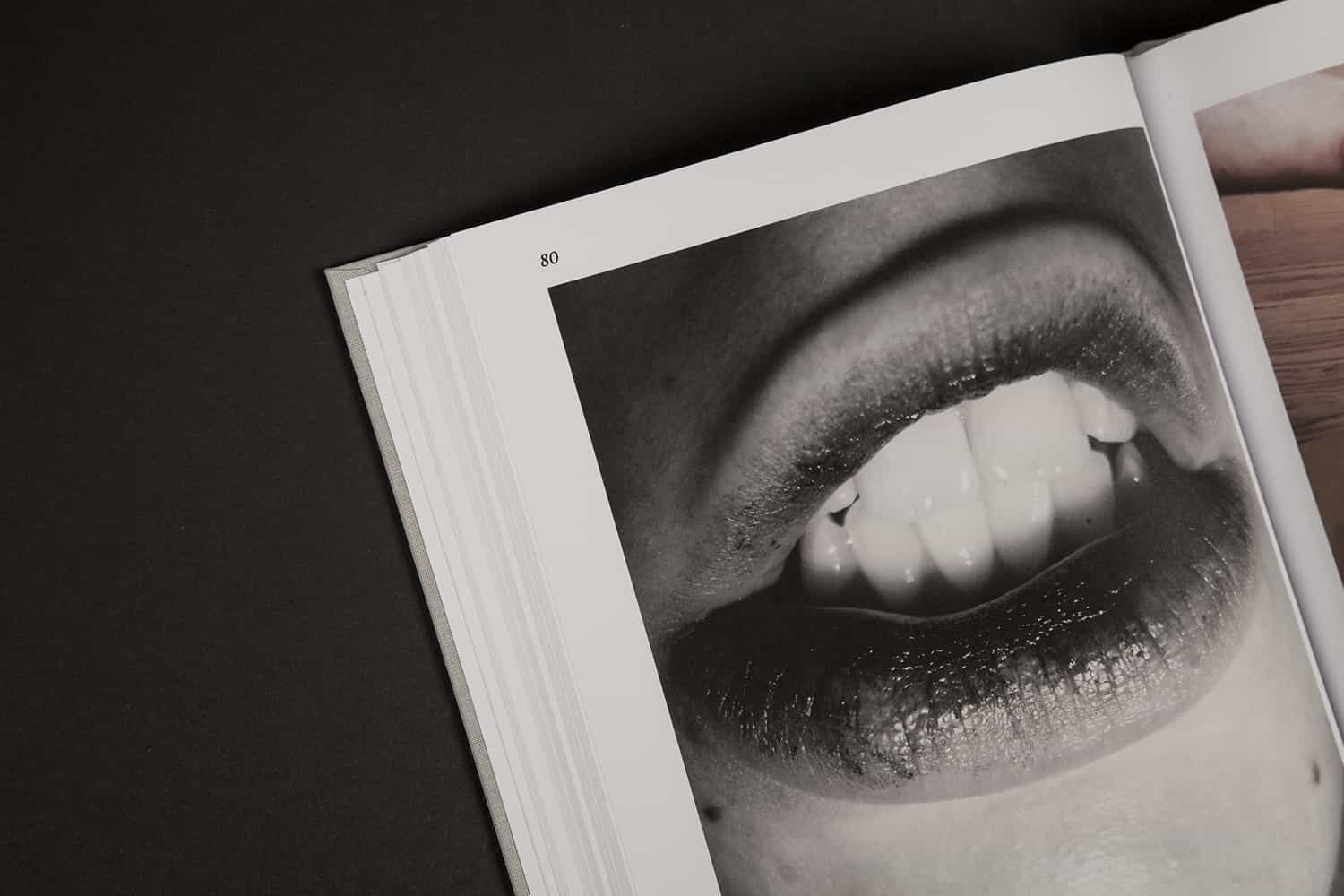 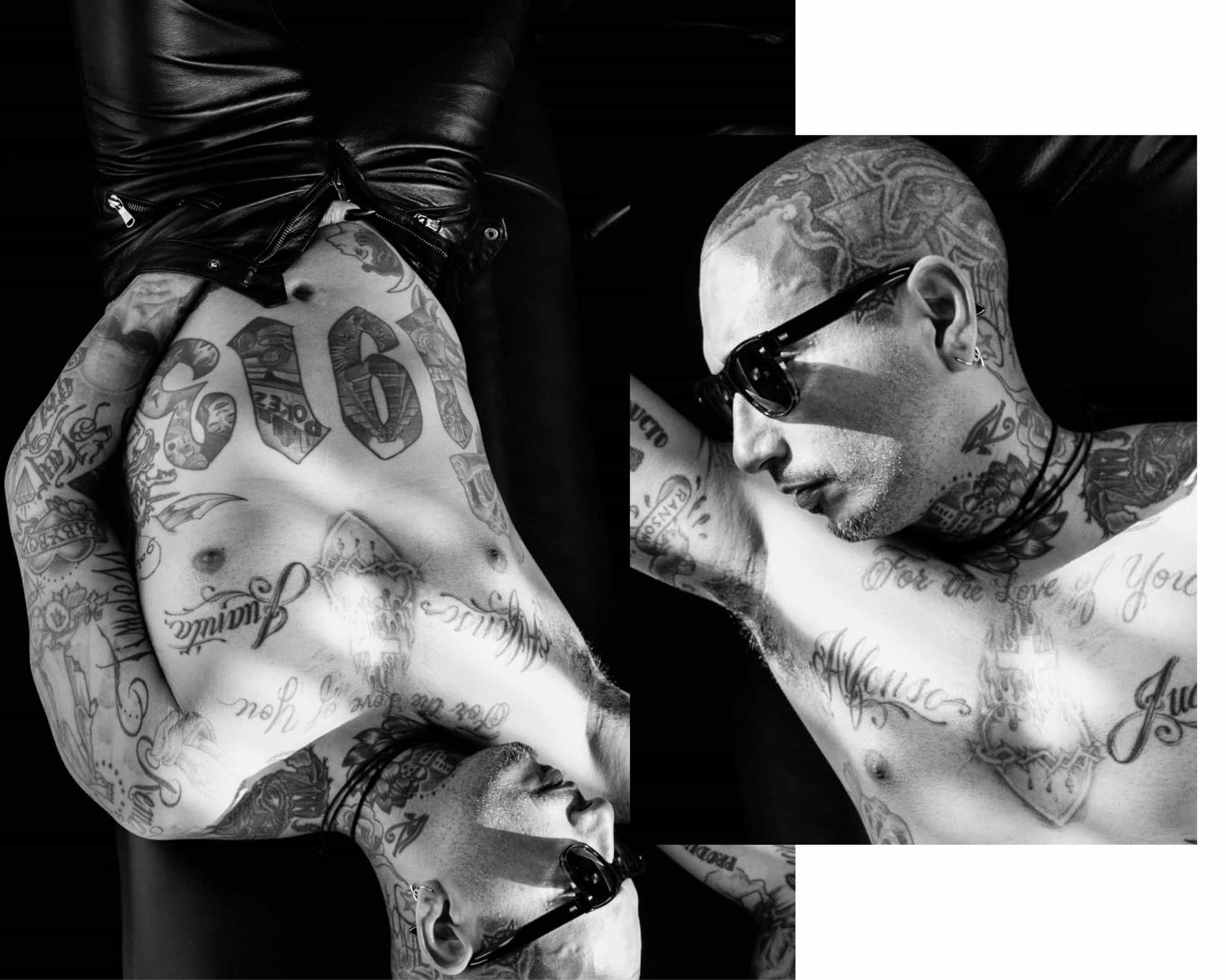 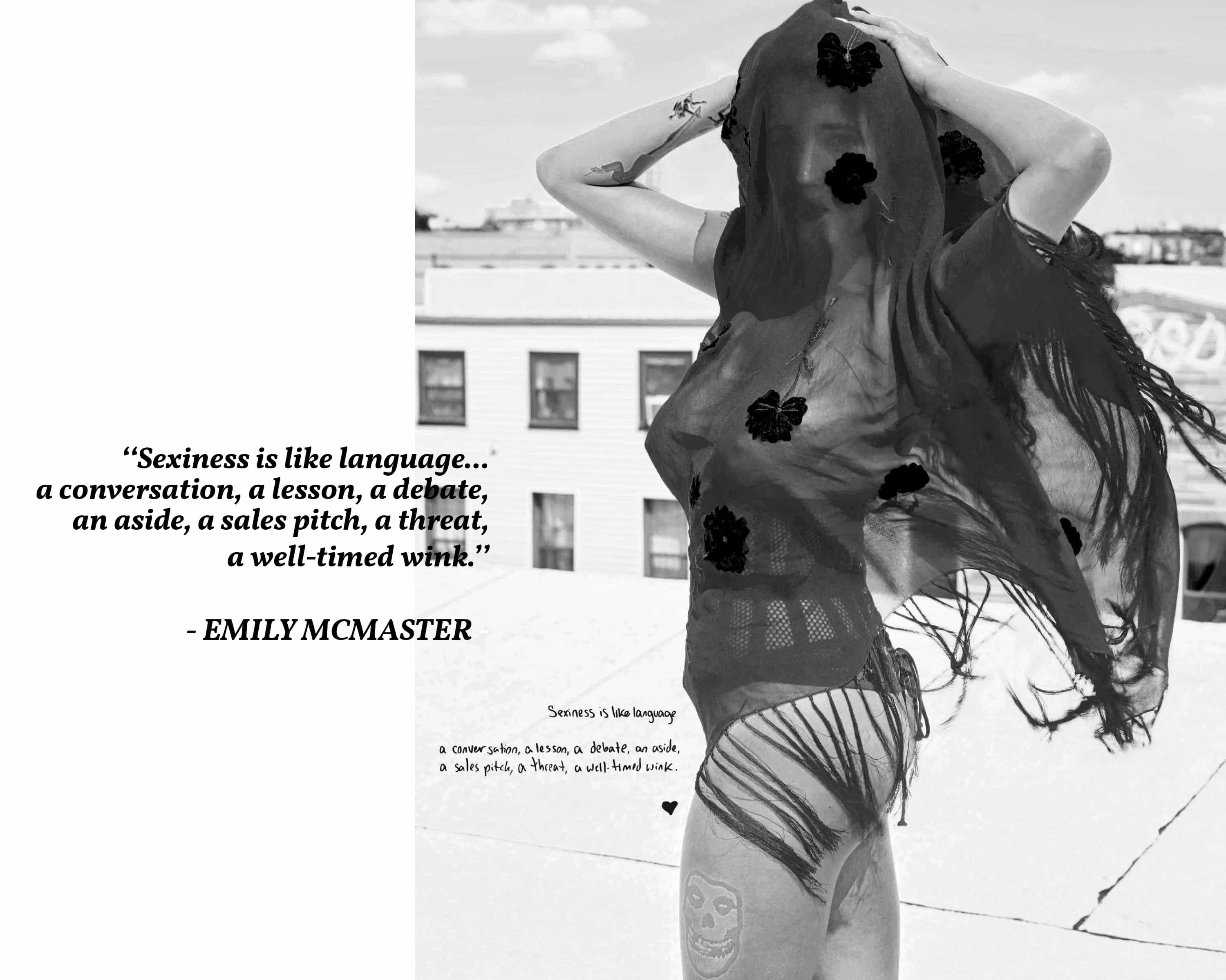 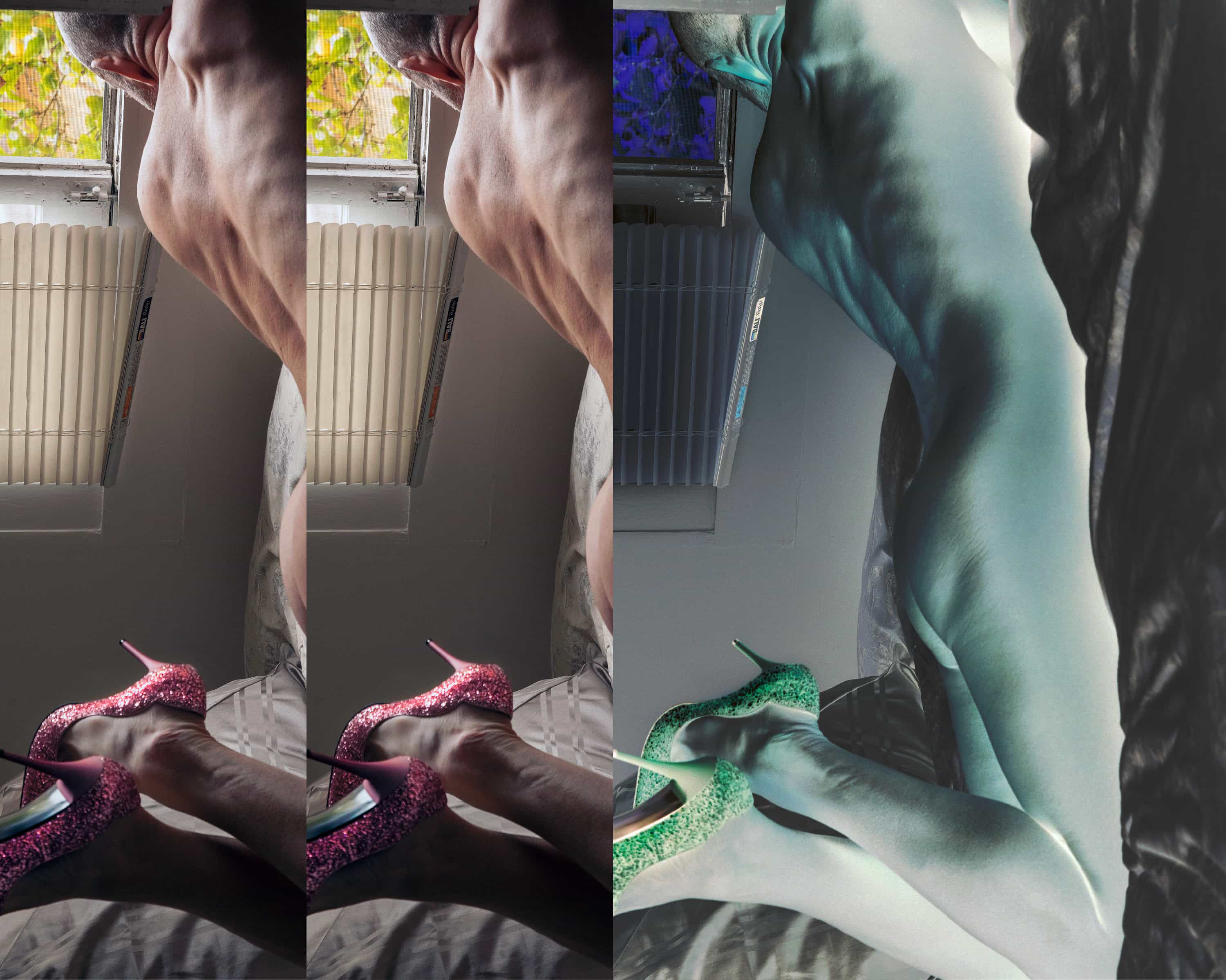 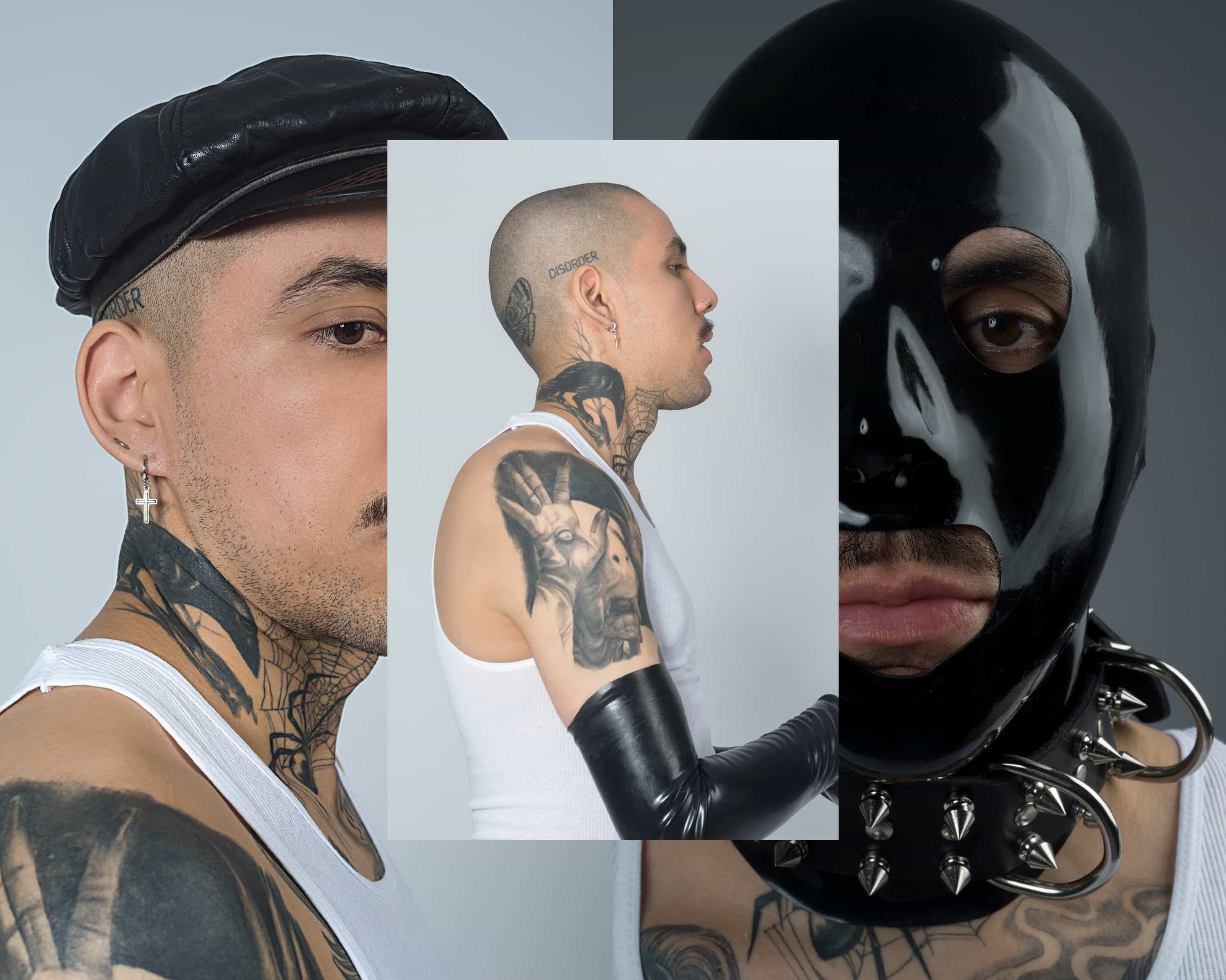 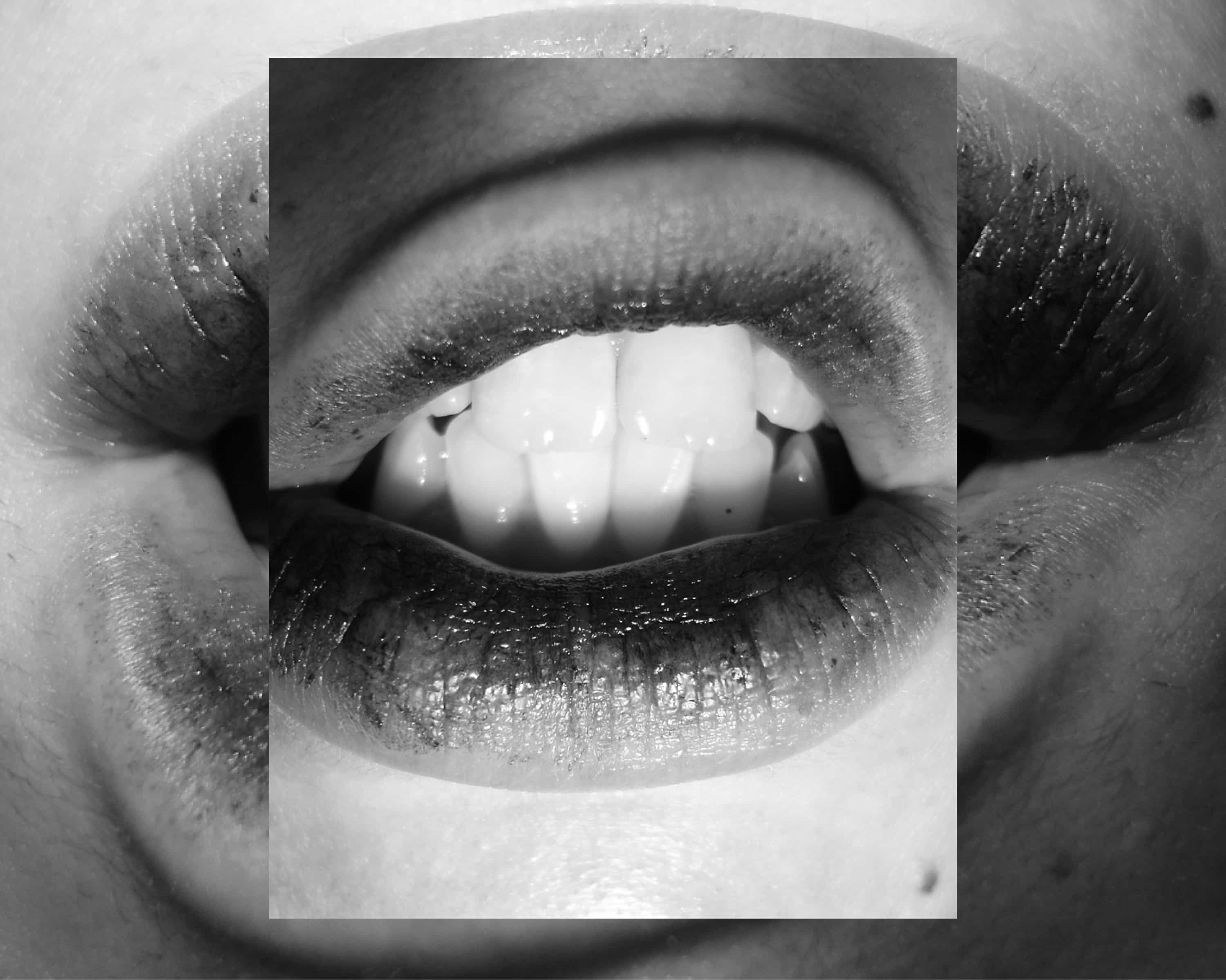 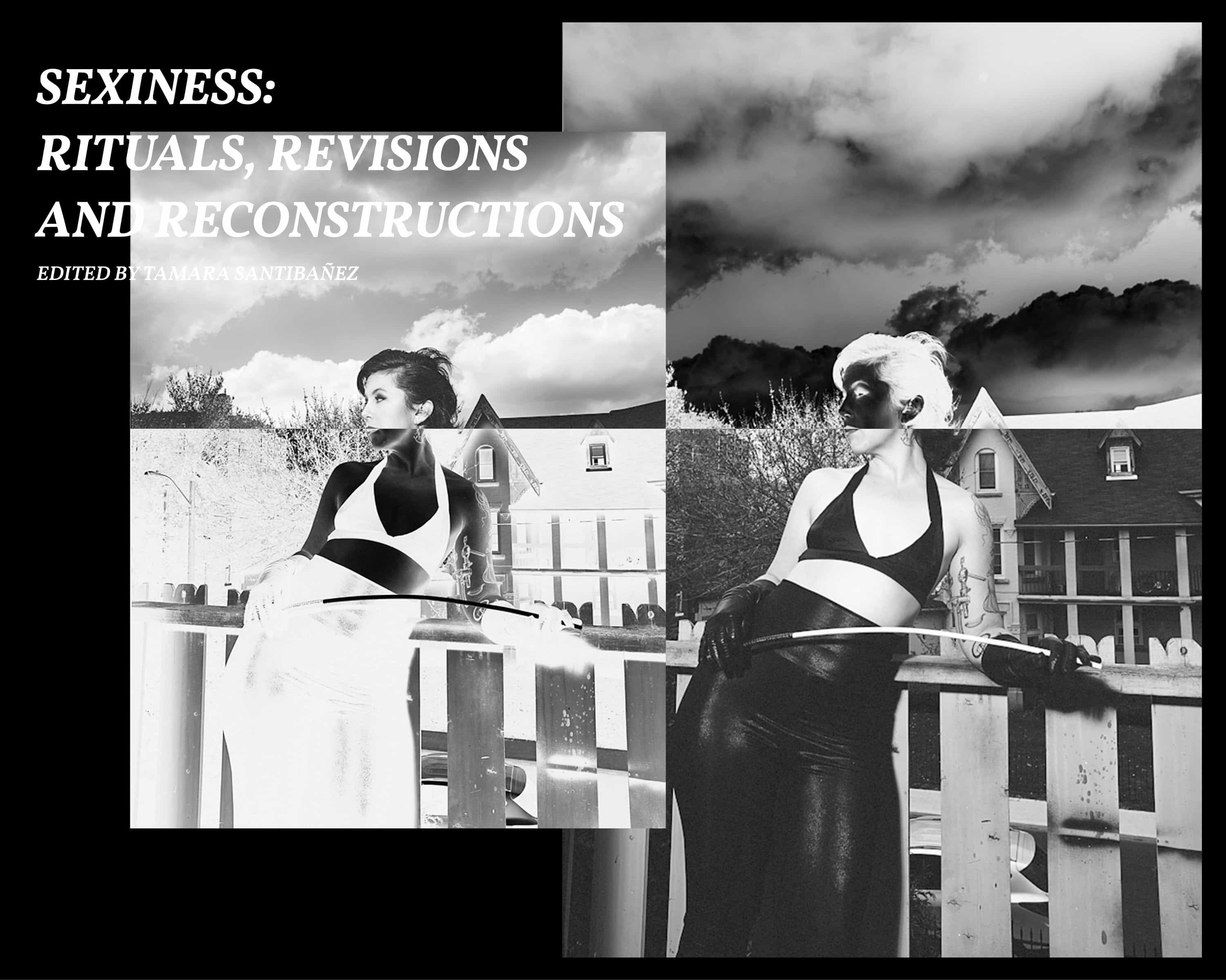 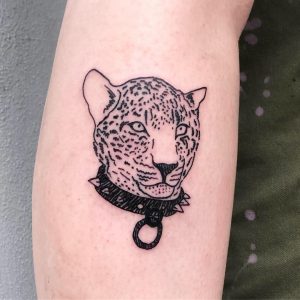 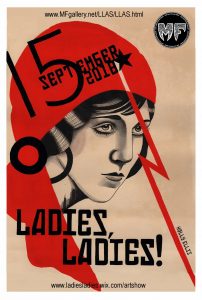