Ross K. Jones is a San Francisco-based tattooist who creates traditional imagery remarkable for both its attention to contemporary tastes and aesthetic sensibilities and its retention of timeless, classic designs. He currently works at Idle Hand Tattoo.

Where did you grow up? Please describe your upbringing and sociocultural background.
I grew up in a little hippy town called Fairfax. It’s about 30 minutes north of San Francisco. I come from a funky, lower middle-class, loving family that supported and encouraged me to pursue art in one form or another since I was a little kid. For example, my mom let me spray paint graffiti on my bedroom walls when I was about seven years old.

Where do you currently work? Prior to that, where have you worked?
I currently work at Idle Hand Tattoo in San Francisco’s Lower Haight neighborhood. Before working at Idle Hand, I tattooed out of a small private studio in the mission district of San Francisco. Prior to that, I was in Los Angeles for a year and worked at a shop called Art and Soul. Over the years, I’ve worked at a bunch of other shops in San Francisco and the greater Bay Area, including Sacred Rose and the shop where I began tattooing, Spider Murphy’s in San Rafael.

How long have you been tattooing?
I began tattooing at Spider Murphy’s in about 2001, maybe 2000. I stopped for a couple of years around 2005 when I was strung out. I only did one or two tattoos a year until I got my shit together in 2008. So…I dunno, I’m not good at math.

What inspired you to learn tattooing, and what did you initially learn how to tattoo?
I had always been attracted to classic American traditional tattoos and I began both getting tattooed and drawing them when I was 18. I met Theo Mindell of Spider Murphy’s in 1998 or ‘99 and he offered me a job as the shop guy. Shortly after, he offered me an apprenticeship. When I started tattooing, after tattooing some friends with classic Sailor Jerry designs, I was put on the floor doing Kanji’s and tribal butt pieces and shit like that. During that time, your average person getting tattooed didn’t care about traditional tattoos, so I would have to do all the walk-in bullshit most of the time and talk the occasional person into getting a good, classic, timeless traditional design.

Were you trained through a formal apprenticeship? Describe the circumstances of learning.
I had a formal apprenticeship at Spider Murphy’s under Theo Mindell. I had been working in the shop for about a year—cleaning up, making needles, scrubbing tubes, booking appointments, and all that shit while I studied the craft and painted flash. After about a year, I got the OK to pick up a tattoo machine.

Have you previously studied art in an institutional setting? If so, what level of training did you reach and in what disciplines?
Yes, directly after high school I traveled for a few months in Europe, mostly in Italy where I took a painting class in Florence, did graffiti, and partied a lot before coming back home and starting at California College of the Arts in Oakland. There I mostly studied printmaking and drawing. I graduated in 2001 with a BFA in Printmaking. While I was in school, I was also apprenticing at Spider Murphy’s and I worked it out where I was getting credit in school to leave early and go to work at the tattoo shop. I feel pretty lucky to have almost always had teachers that encouraged me to pursue my dream of tattooing, even if it didn’t fit into their conception of ‘Fine Art.’ Tattooing hadn’t yet blown up like it has today so it was still very much an outsider form of art. My printmaking teachers were craftsman and I found that the two media shared many similarities and went well together.

"When I started tattooing…I was put on the floor doing Kanji’s and tribal butt pieces and shit like that...your average person getting tattooed didn’t care about traditional tattoos, so I would have to do all the walk-in bullshit most of the time and talk the occasional person into getting a good, classic, timeless traditional design."

Did that training help as you learned the mechanics of tattooing?
I think some of the drypoint stuff I did may have helped me a bit as I began to tattoo, and all the countless hours of drawing that I was doing definitely helped me establish good work ethic in tattooing. That said, I basically had to unlearn most of the drawing techniques to do the sort of classic designs I was interested in tattooing. Now, years later, I catch myself putting into practice stuff that I learned about value studies in drawing but in general I think that tattooing, at least the way I do it, doesn’t have a lot to do with anything that I ever learned in school.

How did you develop your style? How would you describe it? What are your influences?
For me, my style developed naturally through countless hours of drawing, painting, studying tattoos and getting tattooed. It couldn’t be rushed or figured out in advance. Back when I started, you had to go into a shop and look at portfolios or get tattooed by someone; there weren’t many tattoo websites or Instagram yet. At that time it was totally unacceptable to rip off another tattooer’s designs unless it was some classic stuff like Owen Jensen or Sailor Jerry. This meant that you had to create your own style.

I have always tried to make things classic and timeless and bold and bright. I sometimes do a more modern image but it always comes from a traditional approach with a strong outline whipped out black shading. My influences are old Americana images, a lot of old engravings, advertisements, pop art, and stuff like that. I get inspired finding old images in a flea market or a bookstore or a museum—that’s half of the fun of tattooing for me. Tattooers that inspired me while I began were, of course, Ed Hardy, Dan Higgs, Freddy Corbin, my teacher Theo Mindell, Scott Sylvia, Chris Conn, Jef Whitehead, Jeff Rassier, and although I haven’t got a tattoo by him yet, Scott Harrison.

Have you had or do you have plans to take on apprentices?
In 2009, I began apprenticing a good friend of mine, Jose Guinto, who has always had the same respect and passion for real tattooing as I’ve had. I knew he would be a great tattooer and I learned a lot from him as well. More recently, I helped apprentice Beau Adams and he is doing great also. You learn a lot about yourself while teaching someone and it’s been amazing but I can’t imagine ever formally teaching someone else. I think there are way too many tattooers in the world now and I would rather not add to the oversaturation of our craft.

What do you look for in a shop?
I like real old-timey tattoo shops that have hand-painted flash covering the walls—places that look lived in. When I see a stale, art gallery kind of place with white walls I just keep on walking past. I think it’s a vibe that you either have or don’t. The first shop I went in was scary, I like that: I don’t think tattooing is for everyone and I like it when you walk into a place and everyone is kind but you get the feeling that you gotta’ be on your best behavior or you’re gonna’ get kicked out! I think that’s what’s missing these days.

Do you have any hobbies outside of tattooing?
I’m really into traveling and seeing new places. I also like backpacking and hiking outdoors.

"There are always gonna’ be people ripping us off...but when those kids who rip us off get really good, then it’s time to step up your game and stay on top..."

What inspires you generally?
I’m consistently in awe of the world around me and I get inspired just by living. I have way too many people to list that inspire me in the world of tattooing but the most inspiring are currently my coworkers at Idle Hand: Holly Ellis (@hollsballs1), Austin Maples (@austinmaples), Gary Royal (@garyroyaltattoo), Matt Howse (@matthowse), Derick Montez (@derickmontez), and Beau Adams (@adamsbeau). Outside of tattooing, as cliché as it may sound, I am most inspired by being a father to my daughter and watching her experience the world around her. I have been through hell and back in my life, so I am consistently being humbled and inspired on a daily basis by everyday interactions and experiences. For me, the world is an equally beautiful and terrifying place, so it always seems to be blowing my mind.

Are any other forms of media, traditional or digital, important to your work?
I paint flash regularly and still do a bit of etching and drypoint printmaking every now and then. I also take a lot of photographs that I can use in my work as reference or inspiration.

Is traveling important to you? If so, where do you usually travel? Do you have any interesting experiences abroad that you can share?
Traveling is so important for me—both in terms of tattooing and staying inspired in life! I have been to a lot of places and hope to keep traveling as much as I can while still being a good father to my kid. One of my favorite experiences traveling recently was doing the South African Tattoo Convention with Waldo Del Rocca in Cape Town. We swam with penguins and were face to face with great white sharks; we saw all the big animals like lions, elephants, and rhinos. It was absolutely epic.

What is the main challenge of tattooing today?
For me the main challenge is to try to create new and exciting images while maintaining the classic and timeless look that characterizes my tattoos. I end up doing a lot of designs multiple times because they come from flash or the image becomes popular. I don’t mind doing the same one a few times, but there’s a limit. I’ve been tattooing variations on that same old Sailor Jerry wolf for years now because it works well and looks cool, but it’s nice to come up with something new now and then. There are always gonna’ be people ripping us off when our tattoos are readily available on the Internet, but when those kids who rip us off get really good, then it’s time to step up your game and stay on top: I think that’s the challenge.

Ideally, how would you like to see tattooing evolve? How do you think it will evolve realistically?
I think tattooing has come so far and become so widely accepted that, while it’s really cool in a lot of ways, it seems a bit stale and washed out to me. I would like to see more people coming up with new ideas instead of ripping off old Higgs designs and all the popular imagery like that. I can’t even imagine where tattooing will evolve to next with technology advancing so rapidly in all aspects of our lives. I hope tattooing gets back to the basics, where we can just show up and draw and make tattoos for the people who deserve them and are willing to pay the cost. 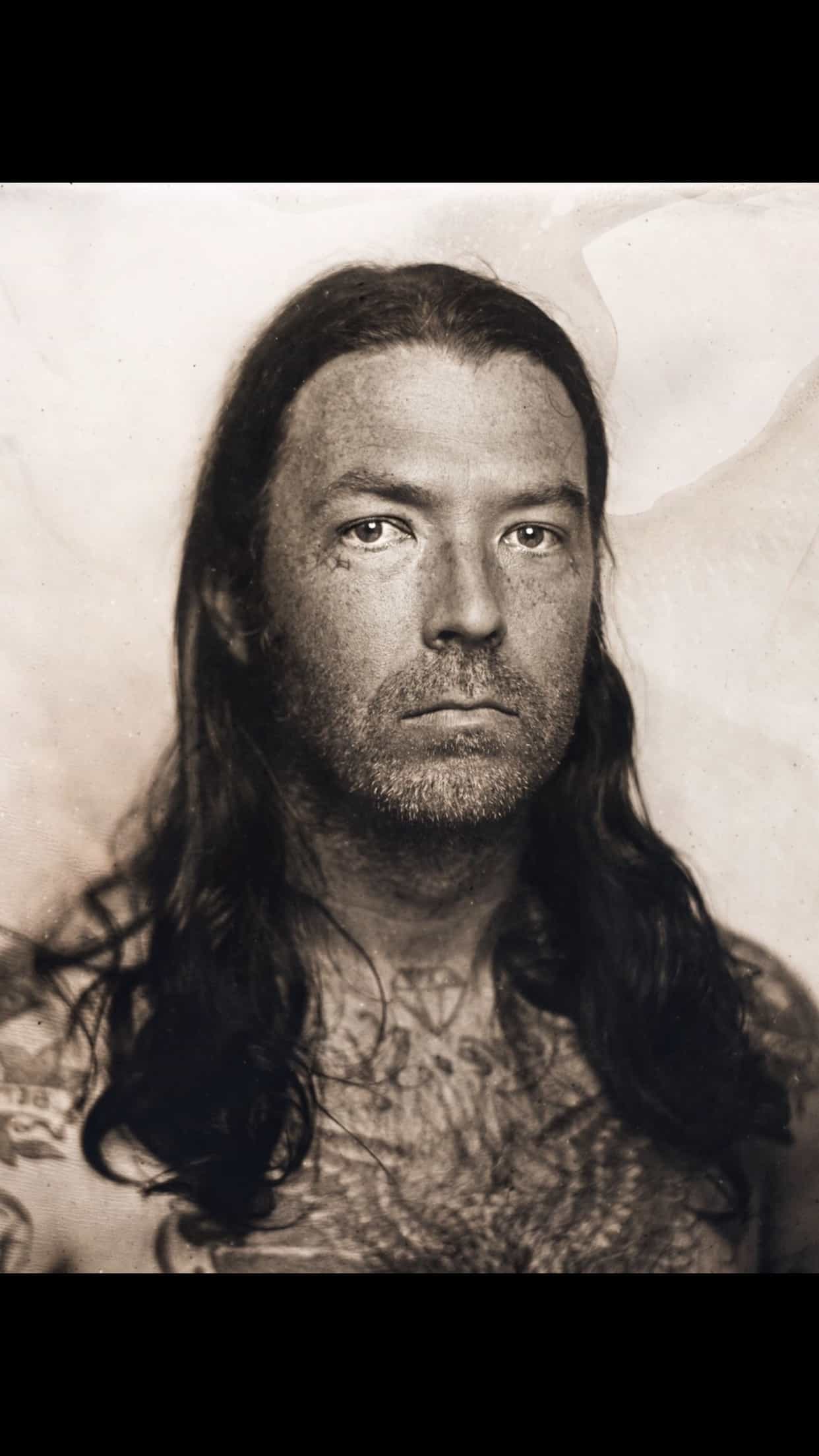 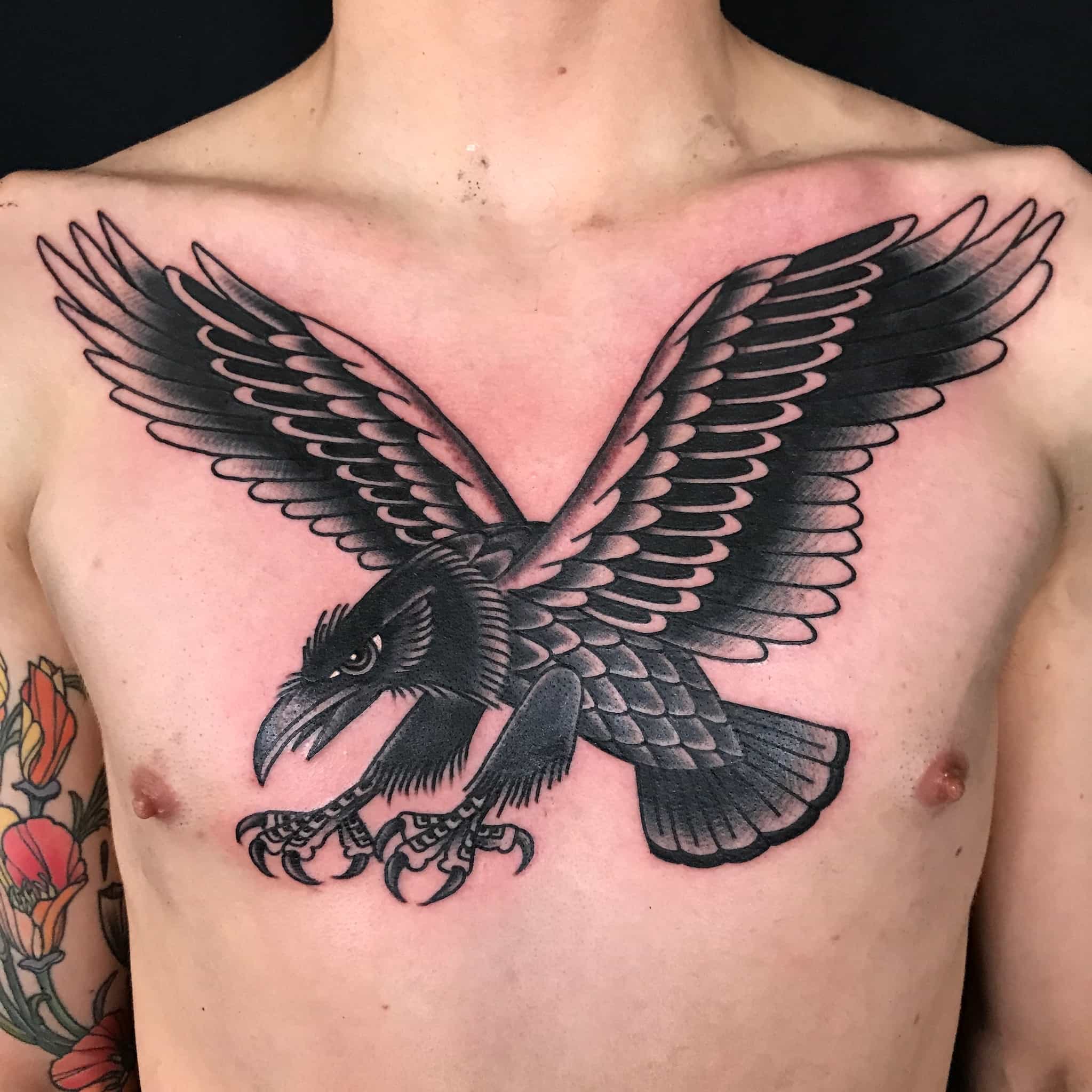 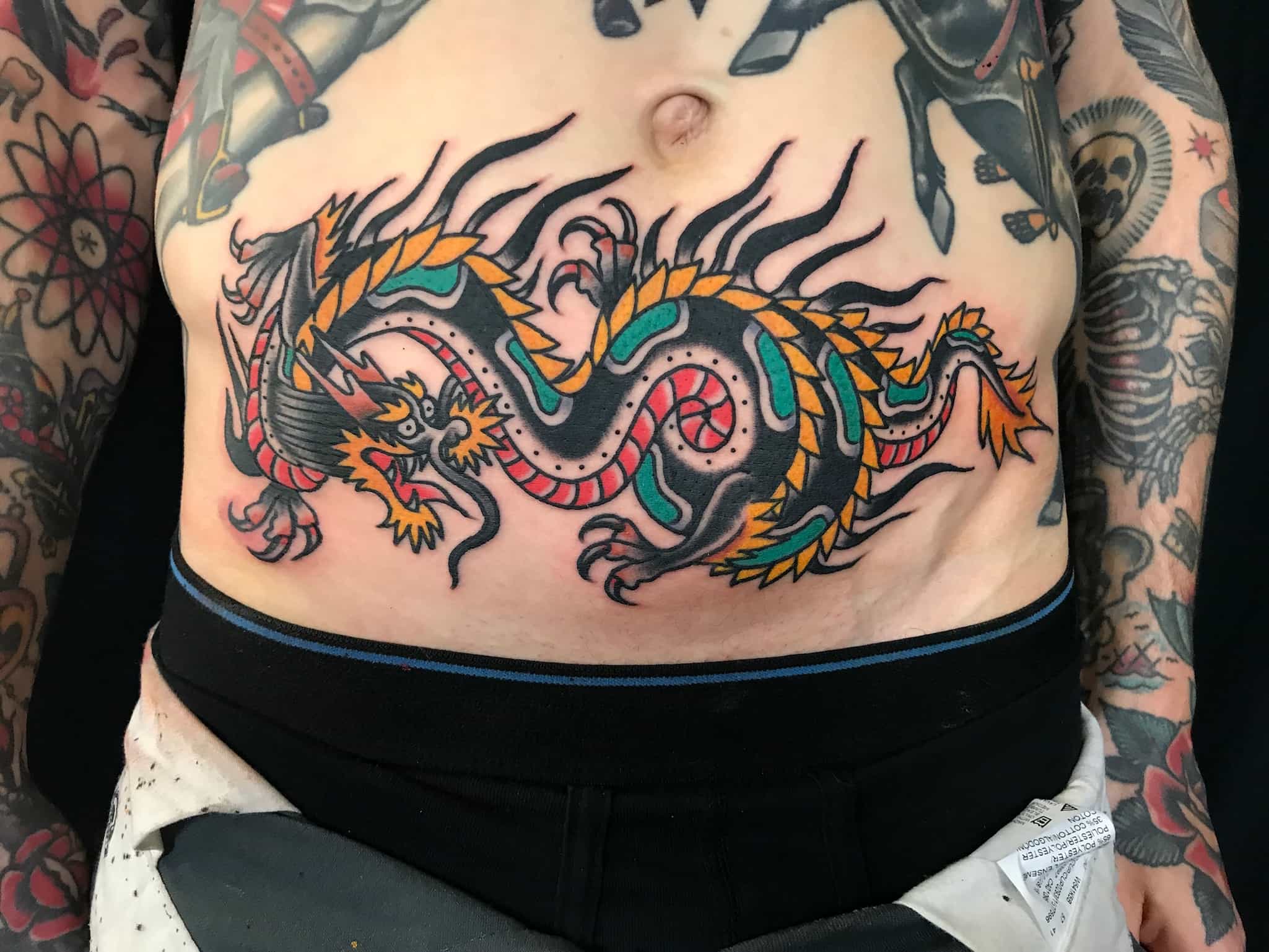 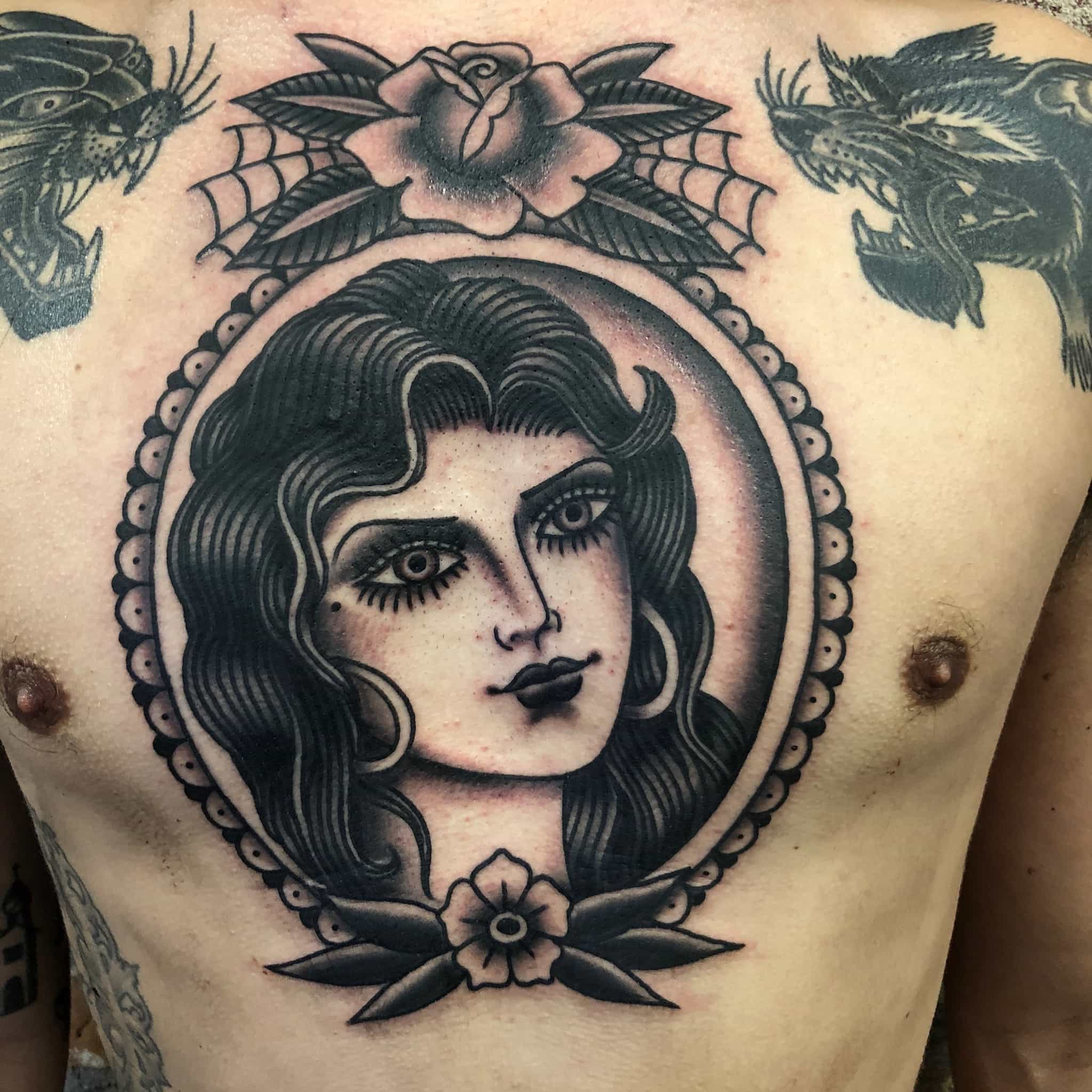 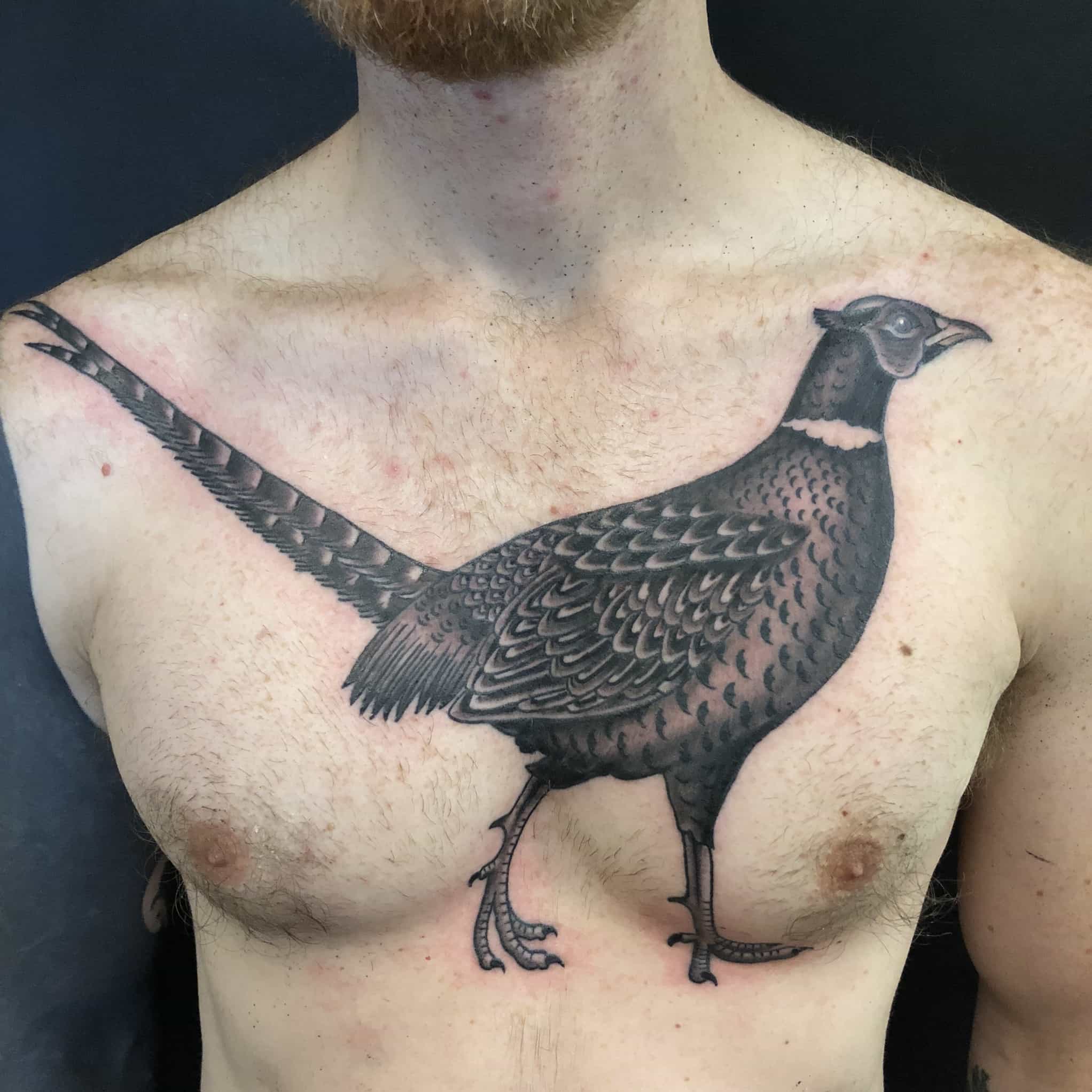 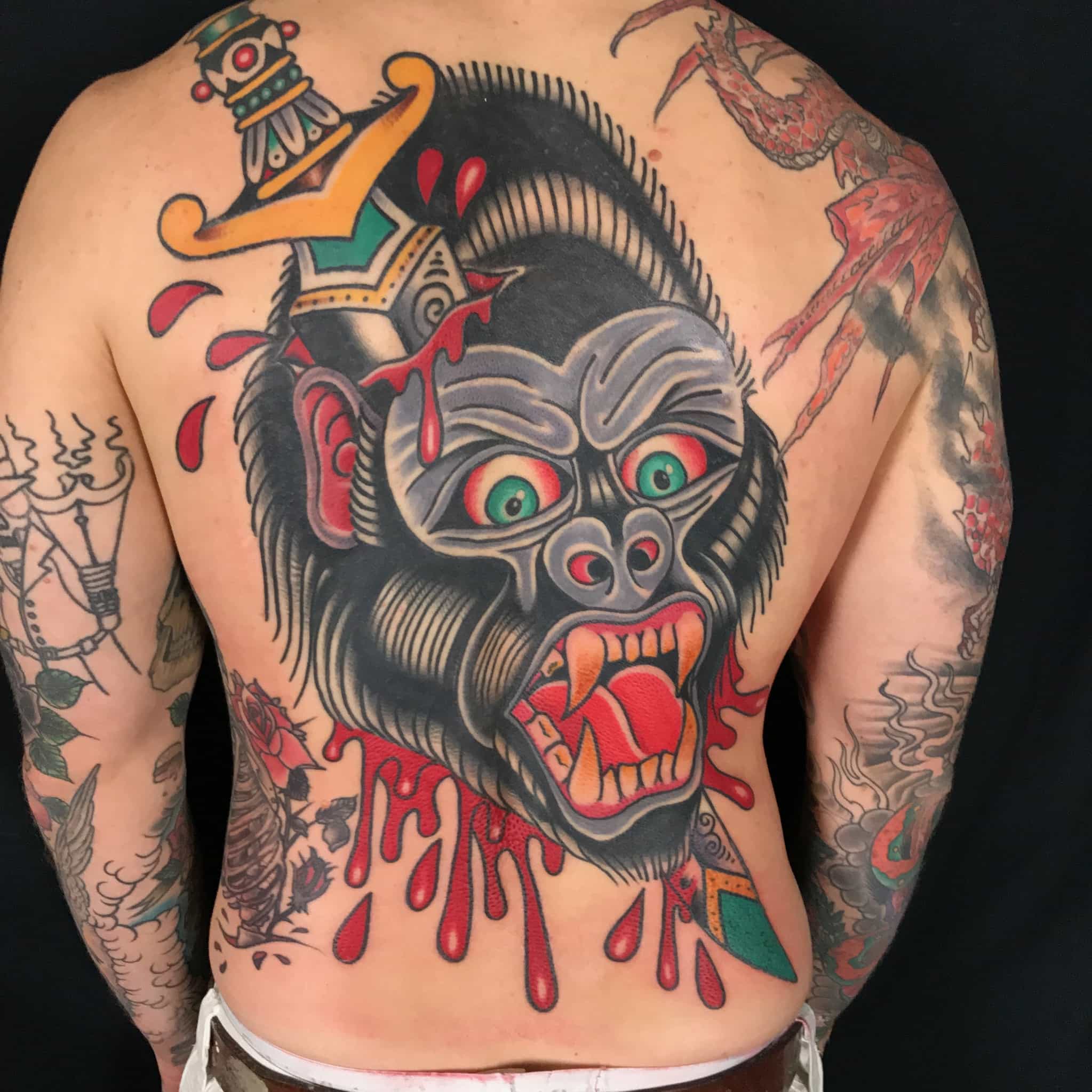 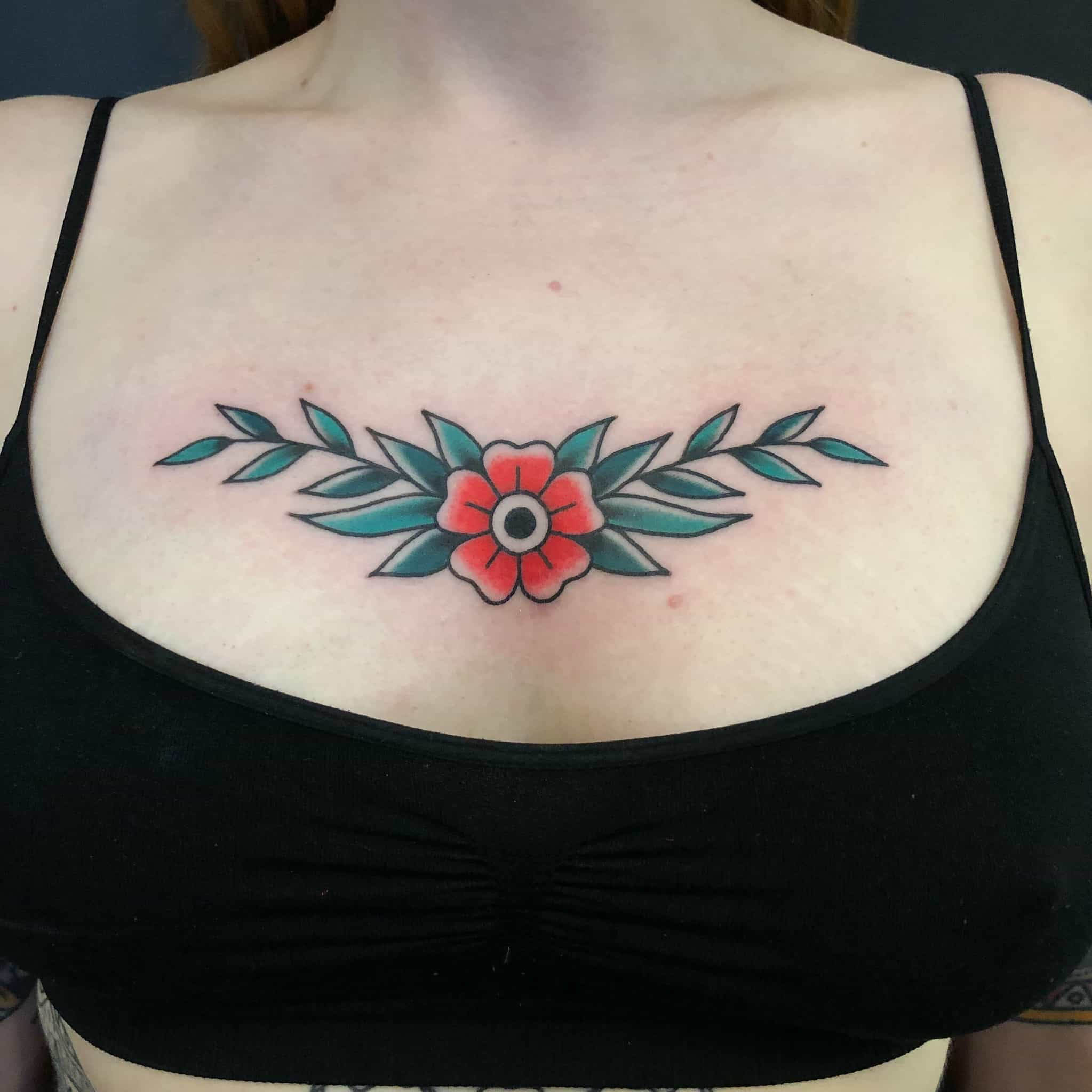 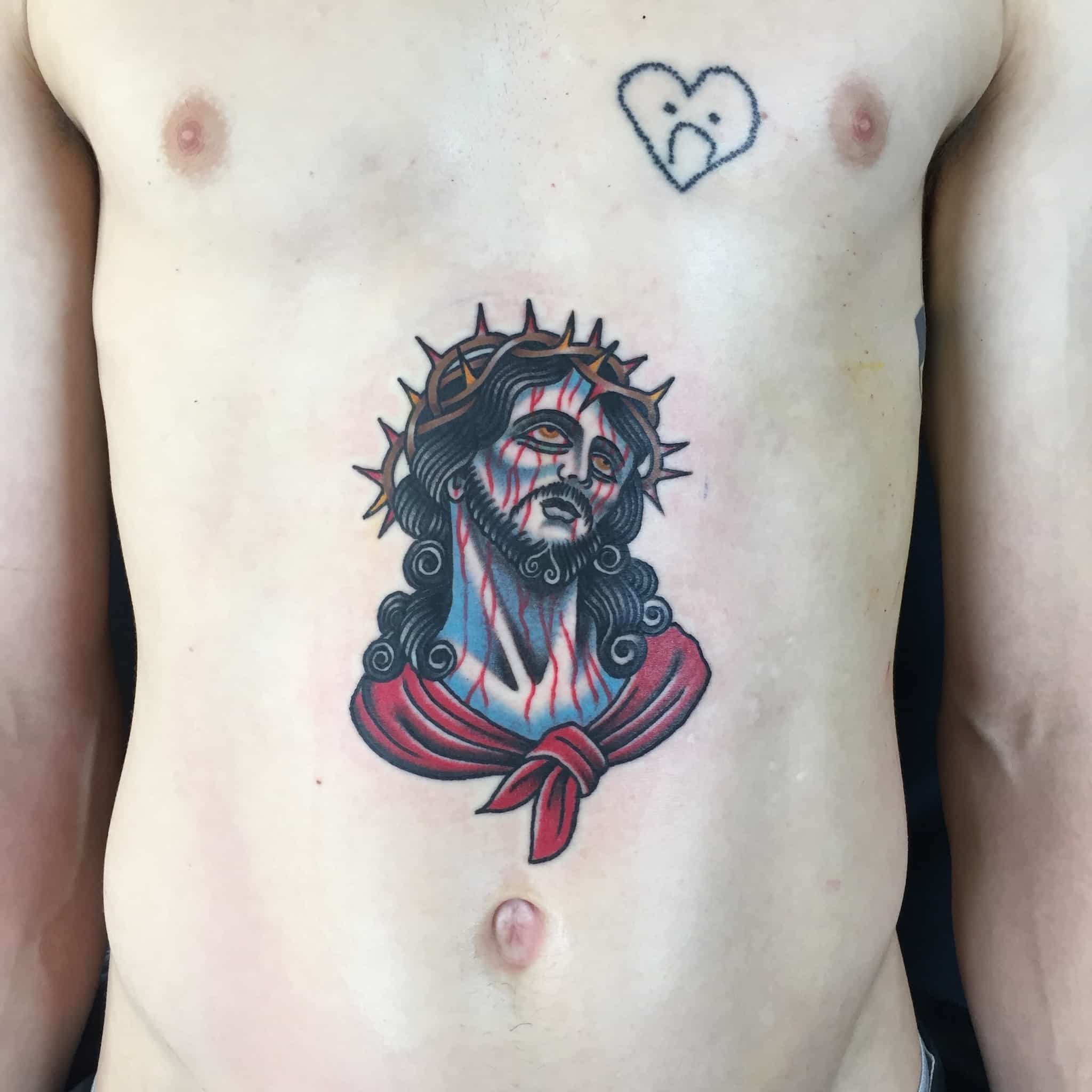 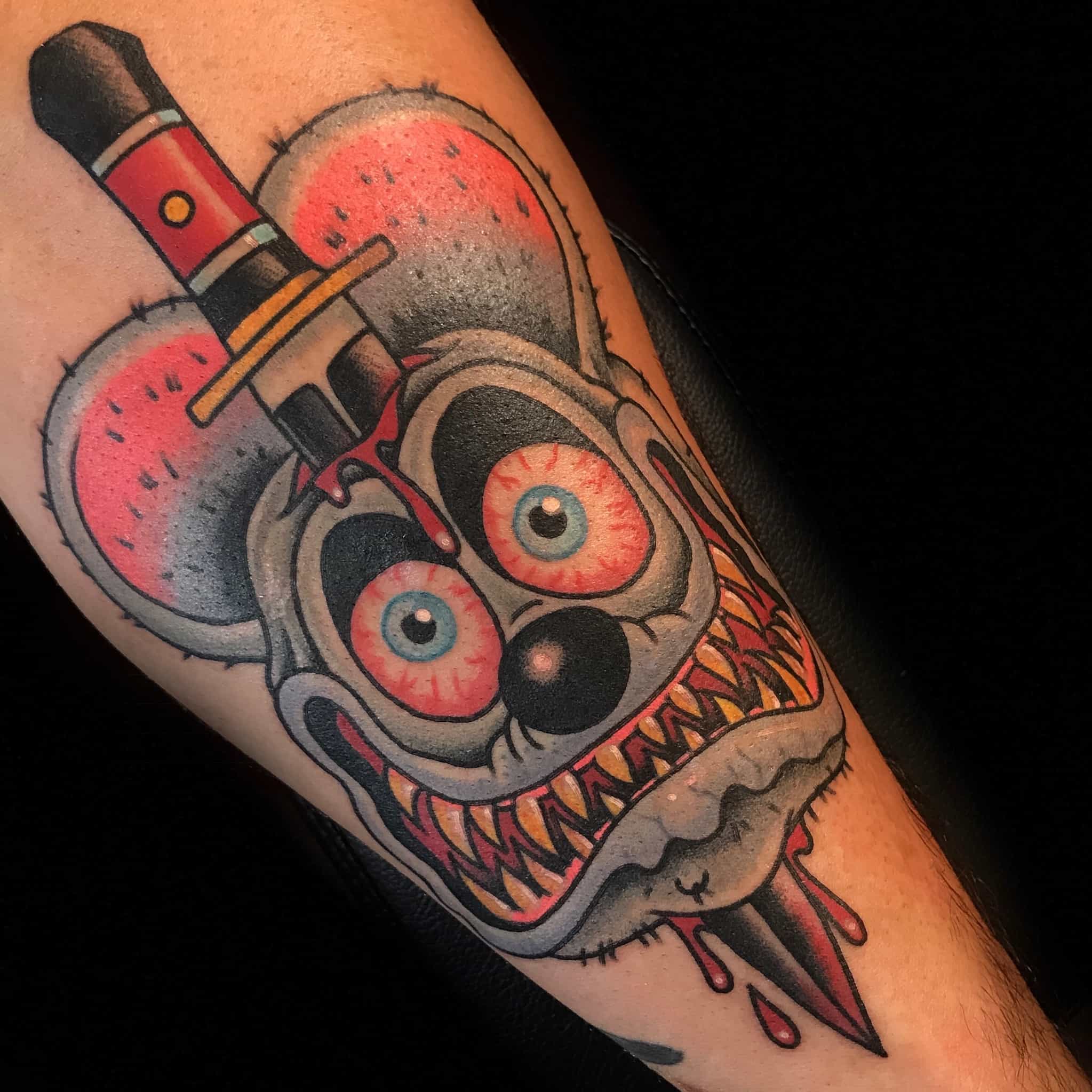 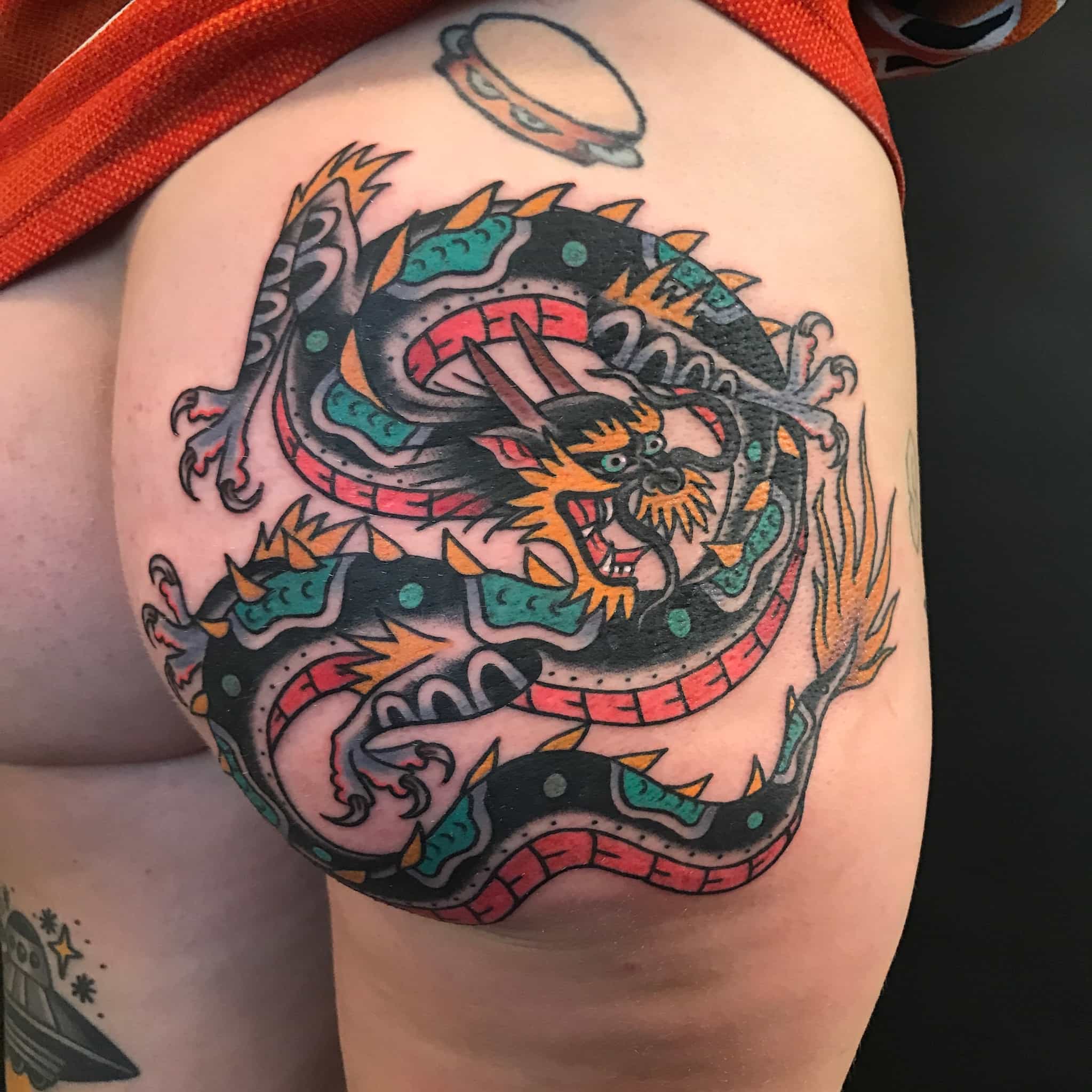 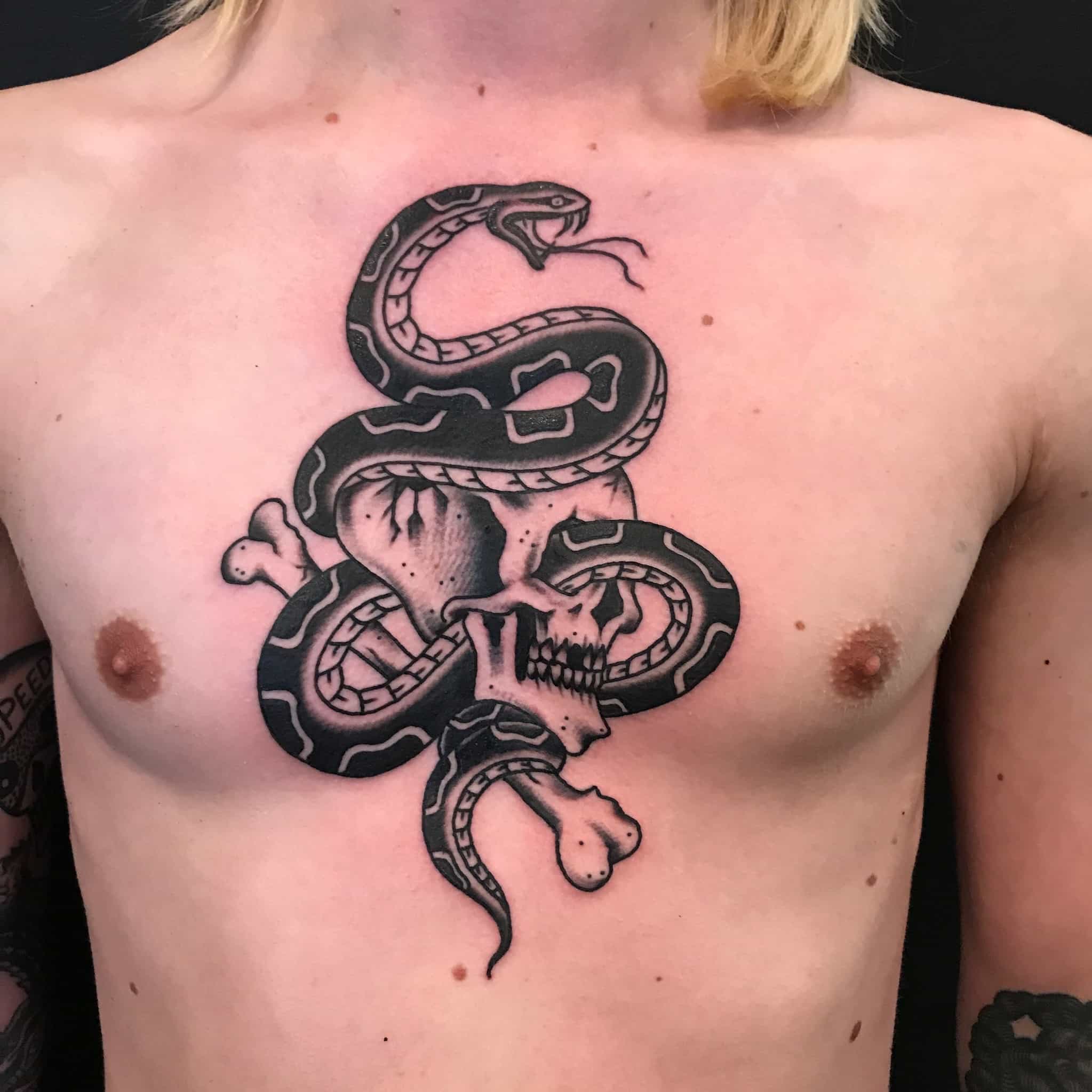 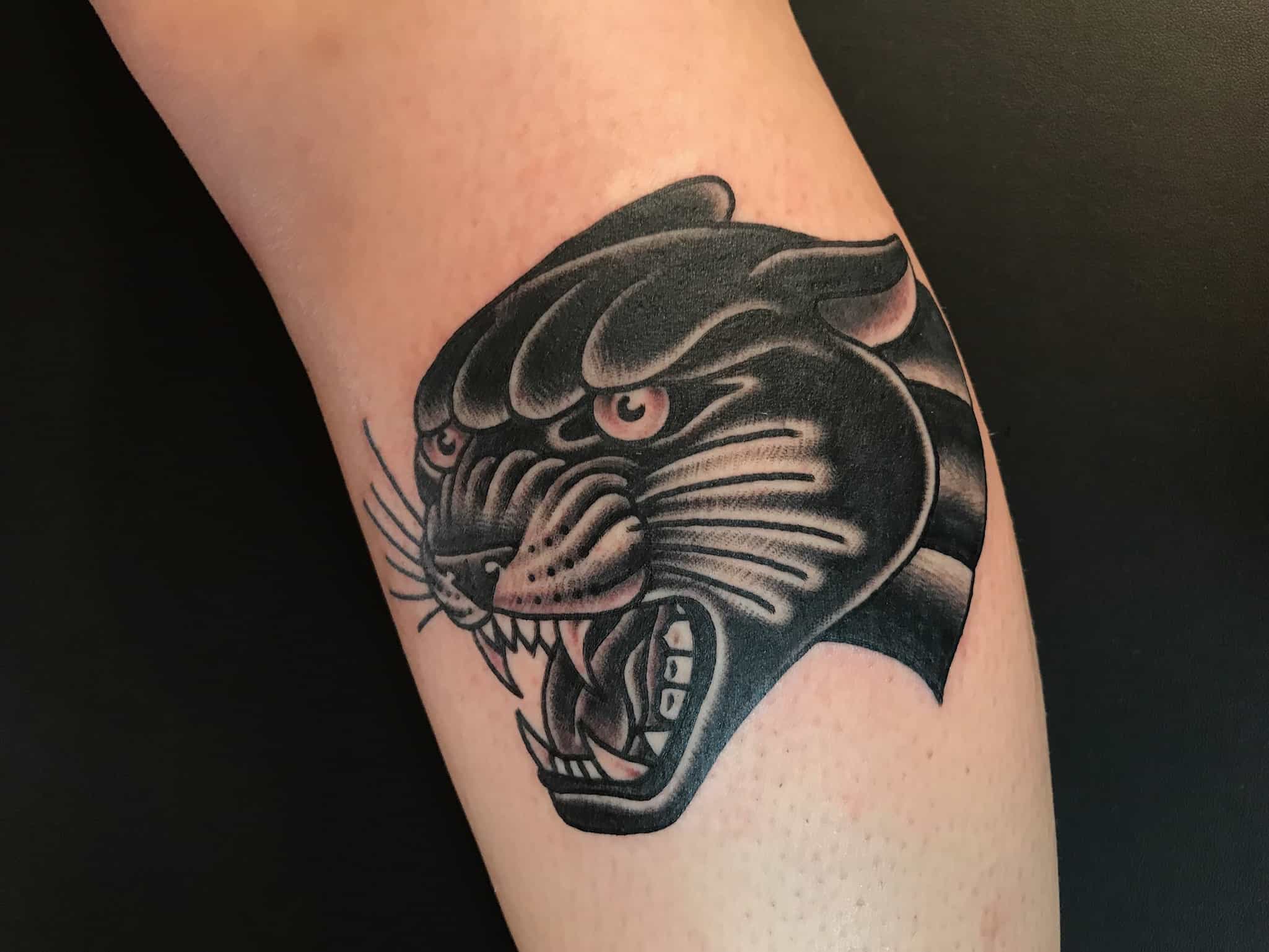 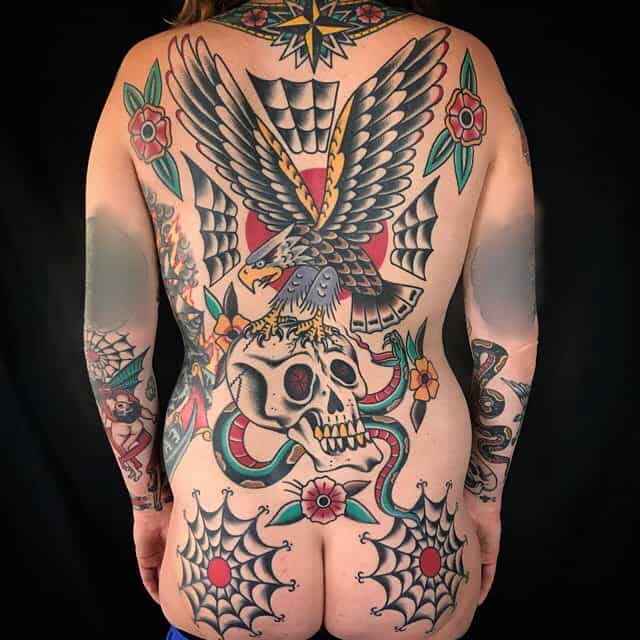 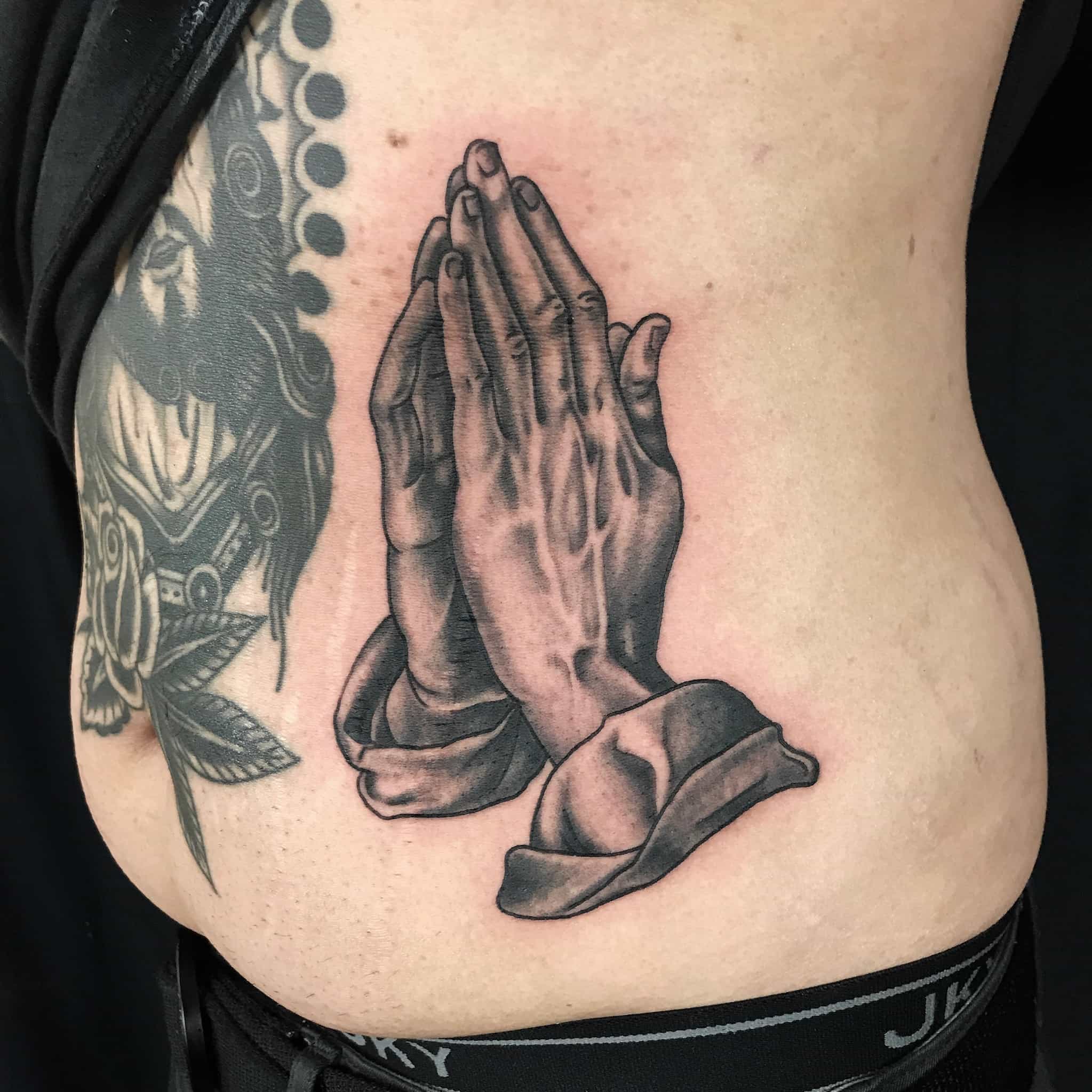 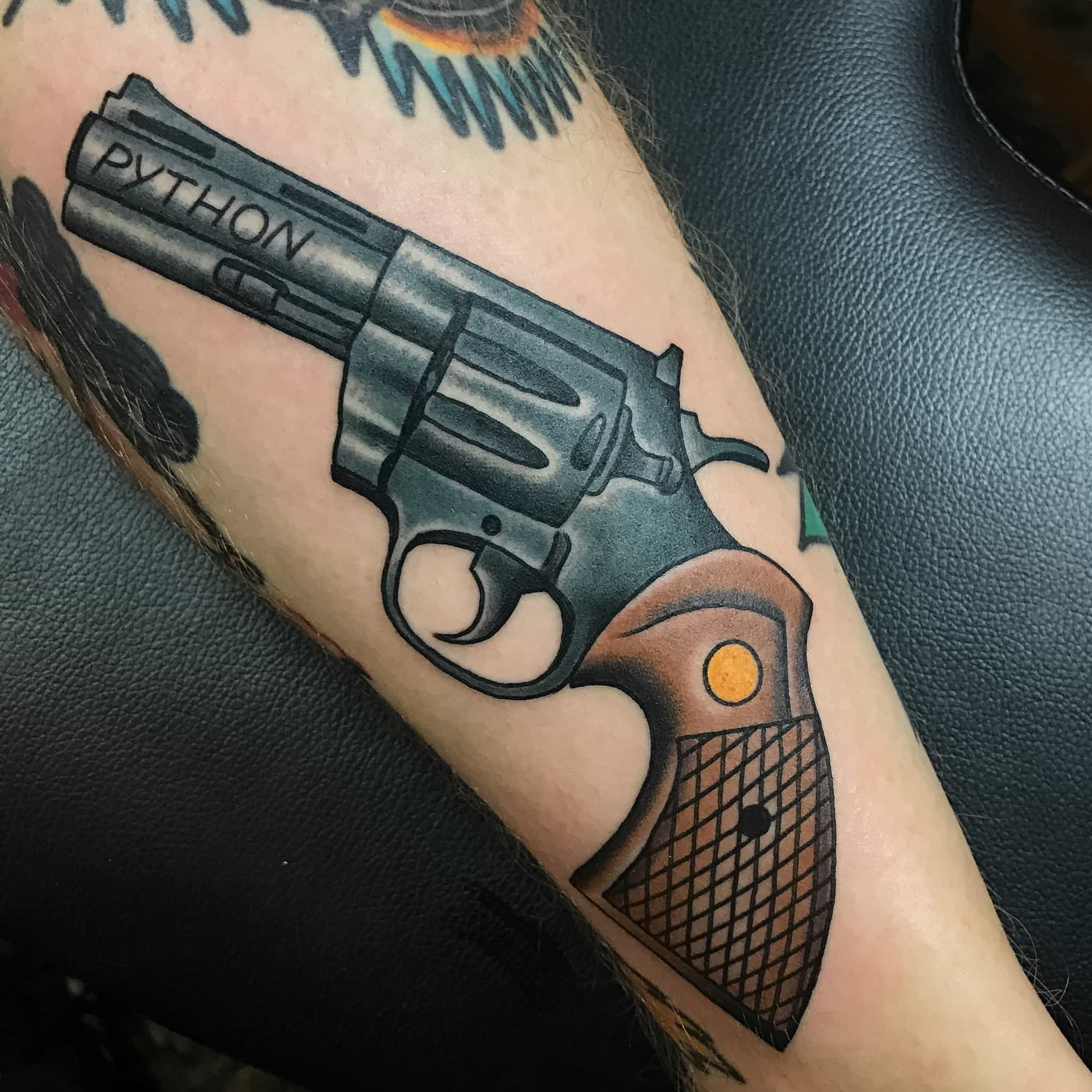 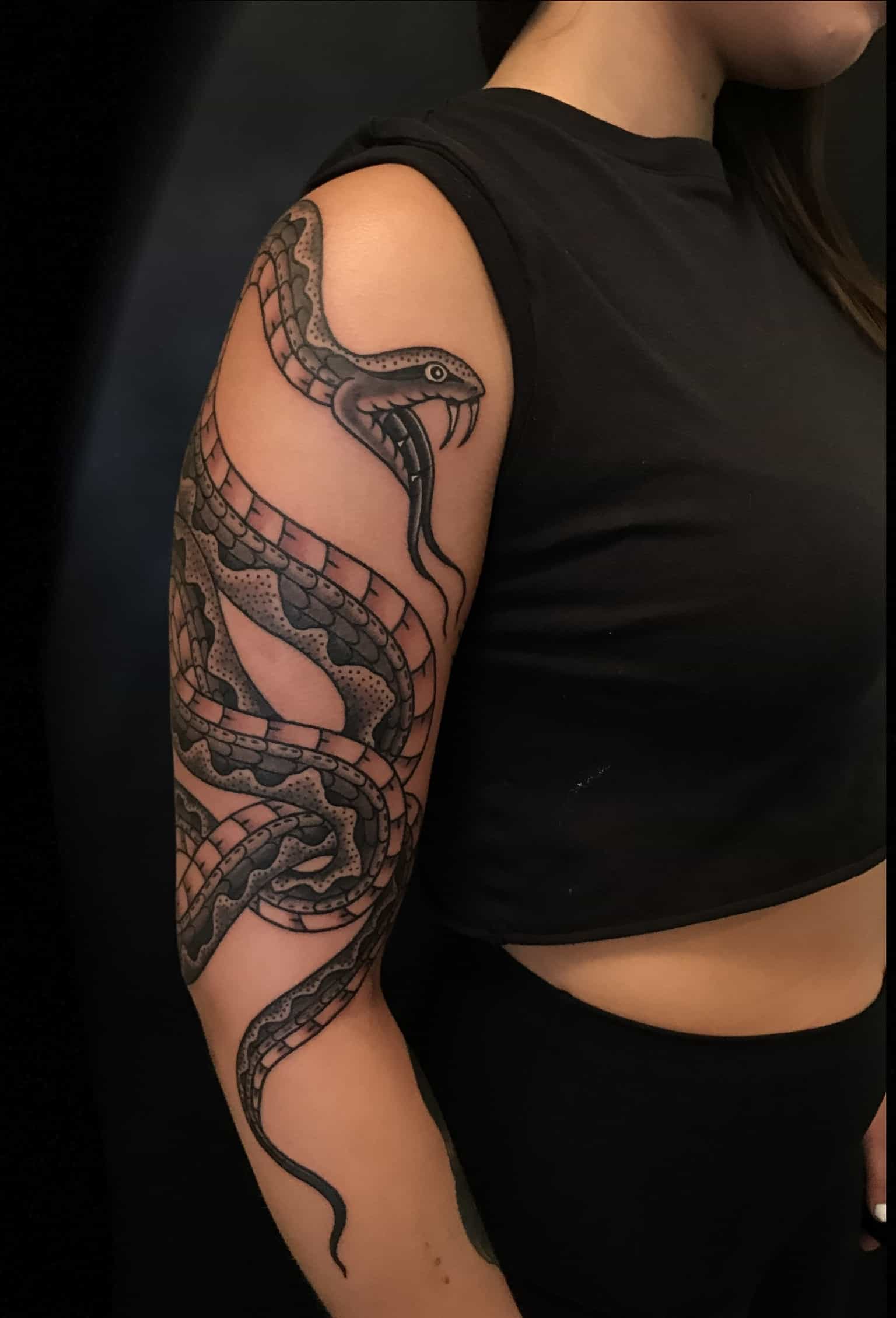 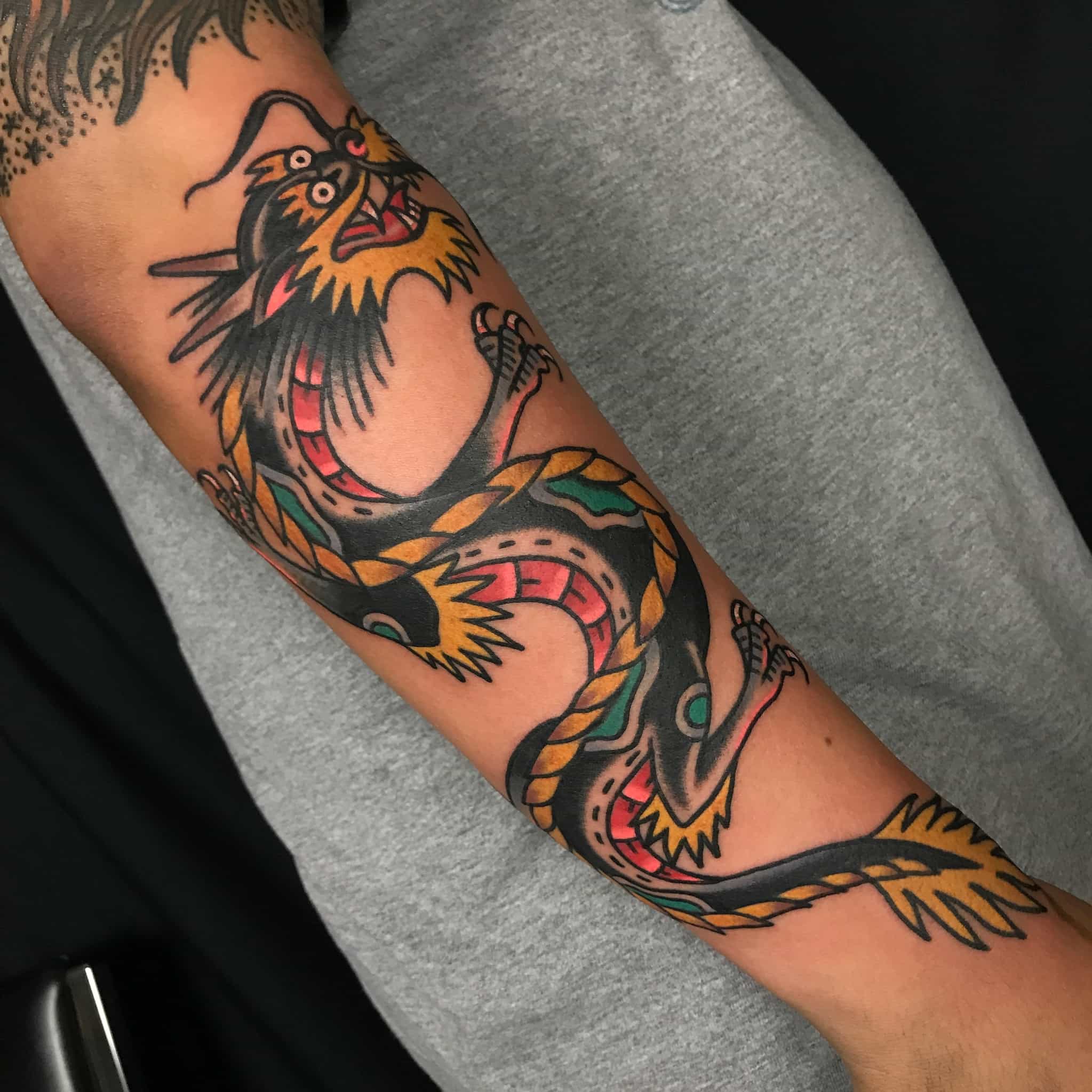 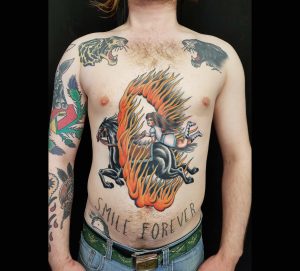 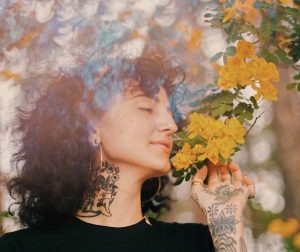 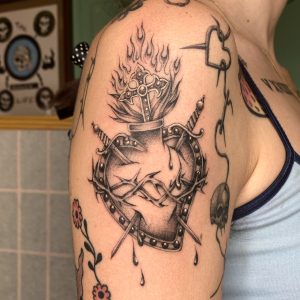