John Ola shares some insight into his singular tattoo collection, comprised mainly of unshaded text and symbols. Born in a small village named Vallda, Ola now lives in Gothenburg, Sweden, where he manages a wine bar.

When did you start getting tattooed?
I got my first one around 1992-93.

What made you want to get tattooed? What are your first memories of seeing tattoos?
I can’t even remember! I’m guessing it was some guy in a hard rock band in the early ‘80s.

Who first tattooed you and how did you choose the design and placement of that tattoo?
Alf Svensson did my first tattoo. He was one of the guitarists in At The Gates, one of my favorite bands at the time. The tattoo was a Sepultura-style “s” on my right forearm.

After your first piece, did you deliberately build a collection? How do you conceive of the relationship between your tattoos?
I got around 15 tattoos in the early ‘90s, all symbolizing what I liked and was interested in regarding music and philosophy. After that period, I did not get another tattoo until 2014. Music and art have always been something that I’ve been involved in and worked with—they’re my life, basically. So in 2014, I started to get tattoos that have a deeper meaning to me: strictly simple, minimal, and symbolic; no shading or color. All of a sudden, I realized that I’d started an art project, and getting tattoos became the same thing for me as when I paint pictures or make music. I get the same feeling from it: it’s a summary of my thoughts, feelings, the people I meet—basically, things that affect me.

I could go on about this forever.

Do you see this art project as something that you can one day 'complete'? What are your plans for the future of your tattoo collection?
I wasn’t aware that it was an art project at first, but it became very obvious one day. I don’t think it will ever be complete, but I will stop one day—when I don't get the feeling I want from painting myself anymore. To complete it would be impossible because what I’m painting on my body is my insides, and my insides constantly evolve.

I will go on with this until I no longer get the right feeling from it. I don't think that much about the future—everything now. (By the way, “everything now” is allt nu in Swedish. I have that latter phrase tattooed on my body as well.)

How do you understand being substantially tattooed? How does it differ from living with your first few pieces?
None of my tattoos can be seen when I’m fully dressed. I notice a difference in the way that more people stare and sometimes even comment on them. I don’t mind that as long as they don’t think I’m going to constantly take the time to describe and explain the pieces. I don’t do that.

How do you choose your artists and motifs?
The thing that’s important for me is the meaning behind every tattoo; I choose them based on this. Virtually the whole collection was done by my friend with a golden heart, Daniel (@danielzootattoo). He was an apprentice when I walked into the tattoo studio for the first time—cheaper, of course; perfect for me. Funny story: he made an error when he did one of the first pieces—“life imitates art”—he tattooed two ‘e’s instead of an ‘f’ and an ‘e’. The poor guy was absolutely devastated and I was like, “don't worry, I’ll solve this.” So when I got home, I took a needle and dug deep to remove the ink. Daniel thought I was never going to come back but, I felt a special bond and went back there just a week later. I’ve been going there to get tattooed ever since.

The minimal imagery you've chosen is nonetheless clearly rich with personal meaning. Could you tell us about why you've decided to express the "deeper meaning" of these pieces with imagery that is so pared down and muted?
The symbols and words speak for themselves—they don't need to “hide” behind anything. This is the aesthetic that I like. Simple and direct. This is my uniform.

Has your collection received any interesting reactions that you’d like to share?
What amazes me is that so many people appreciate my tattoo style and aesthetic.

You can see more of John Ola’s work on his Instagram, @fatherjohnola. 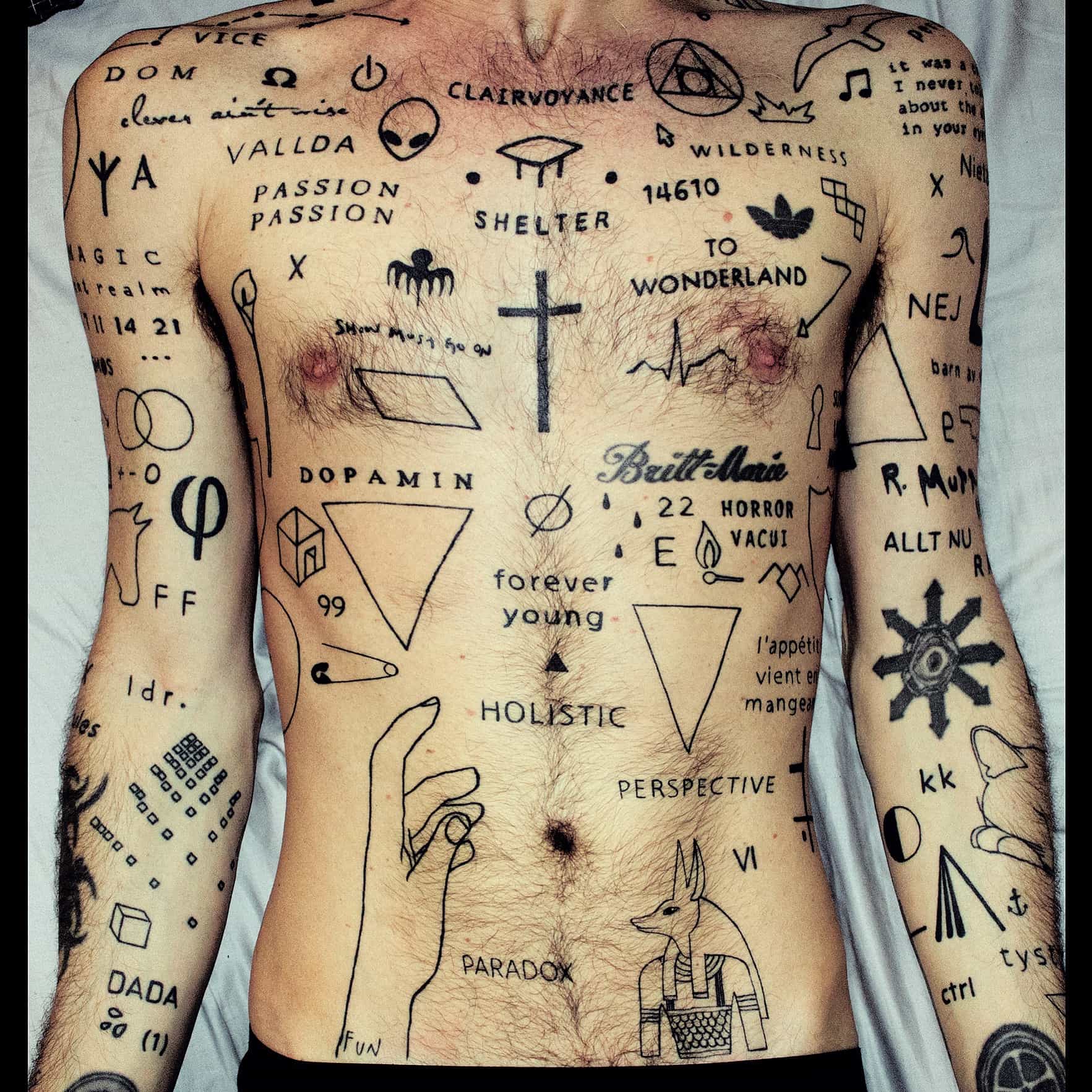 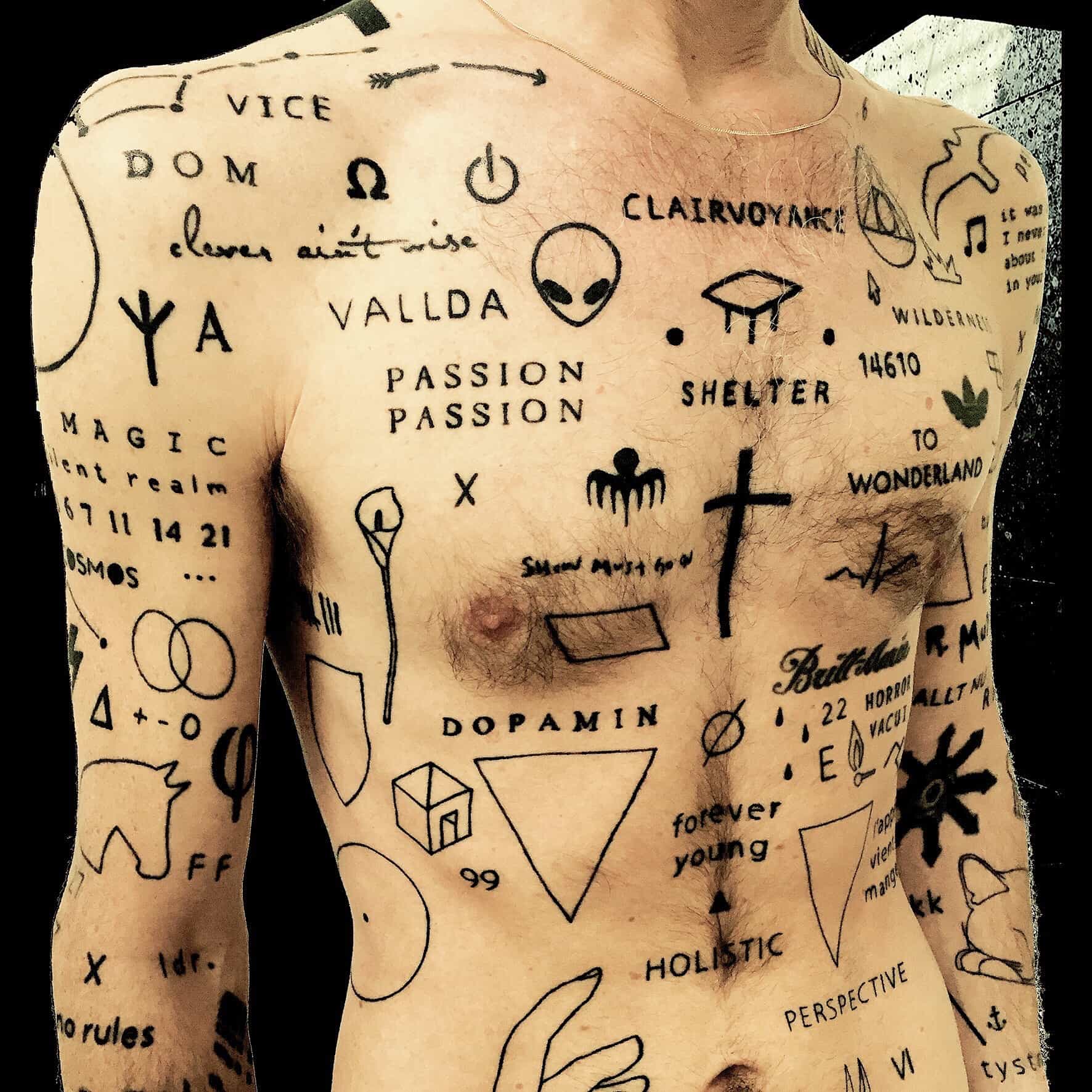 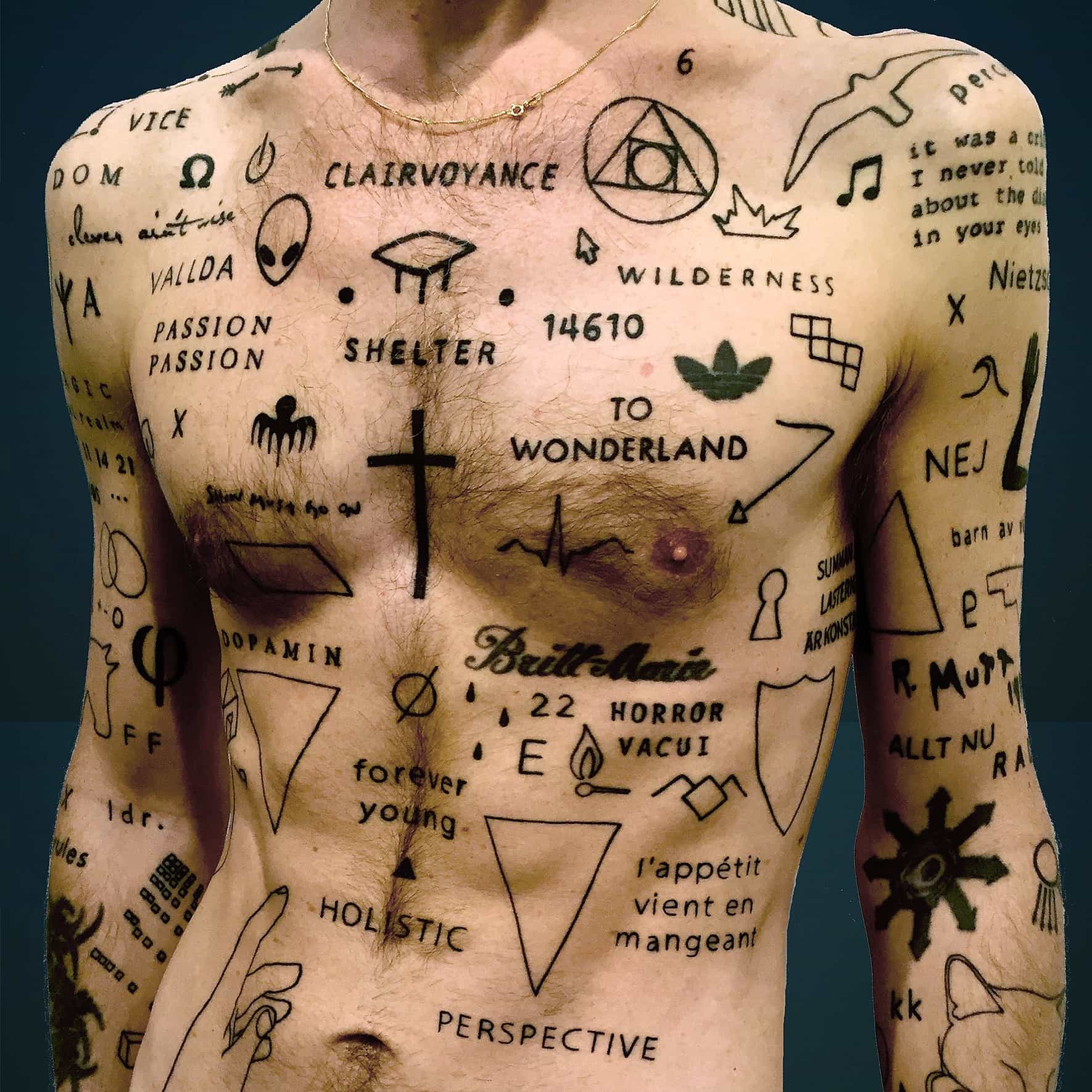 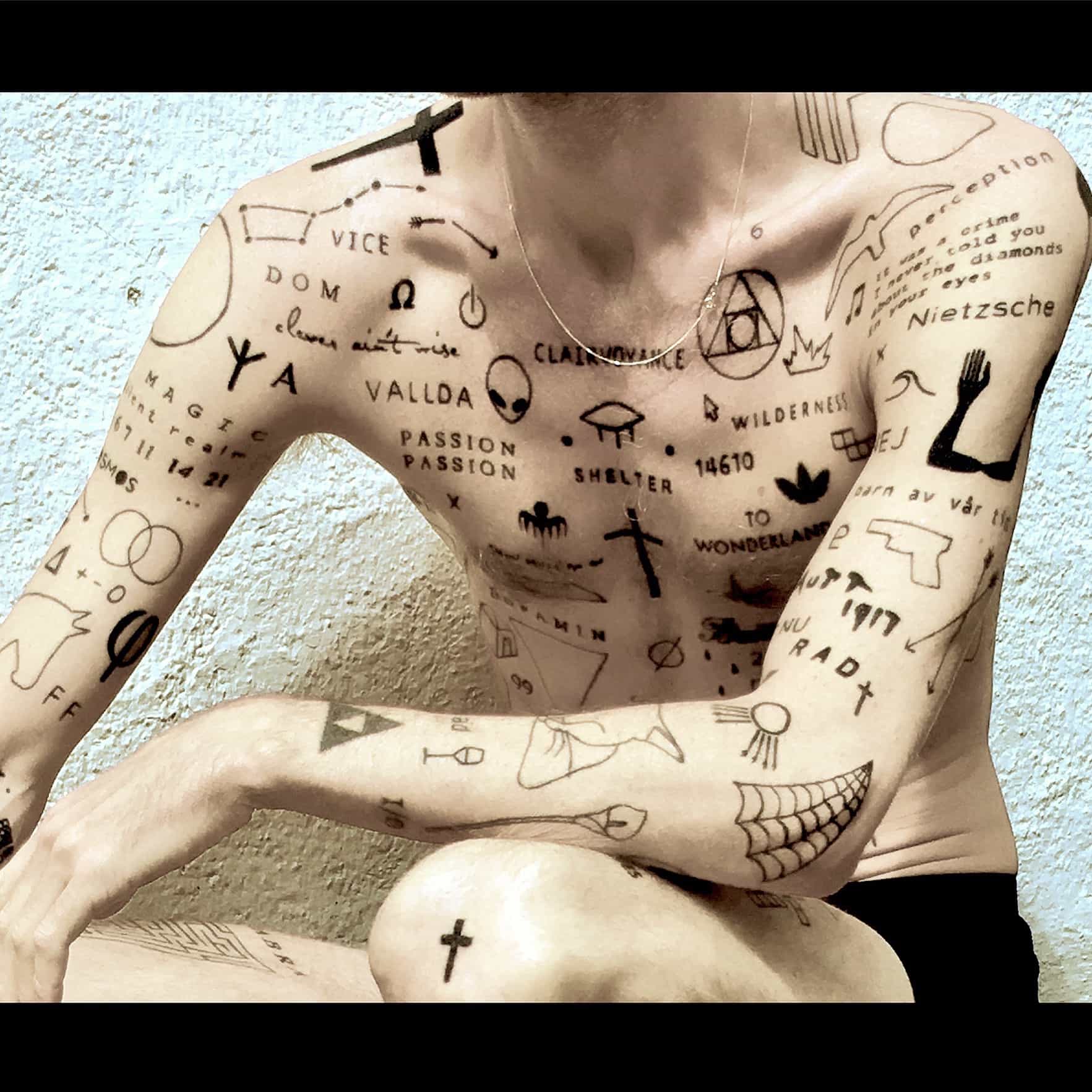 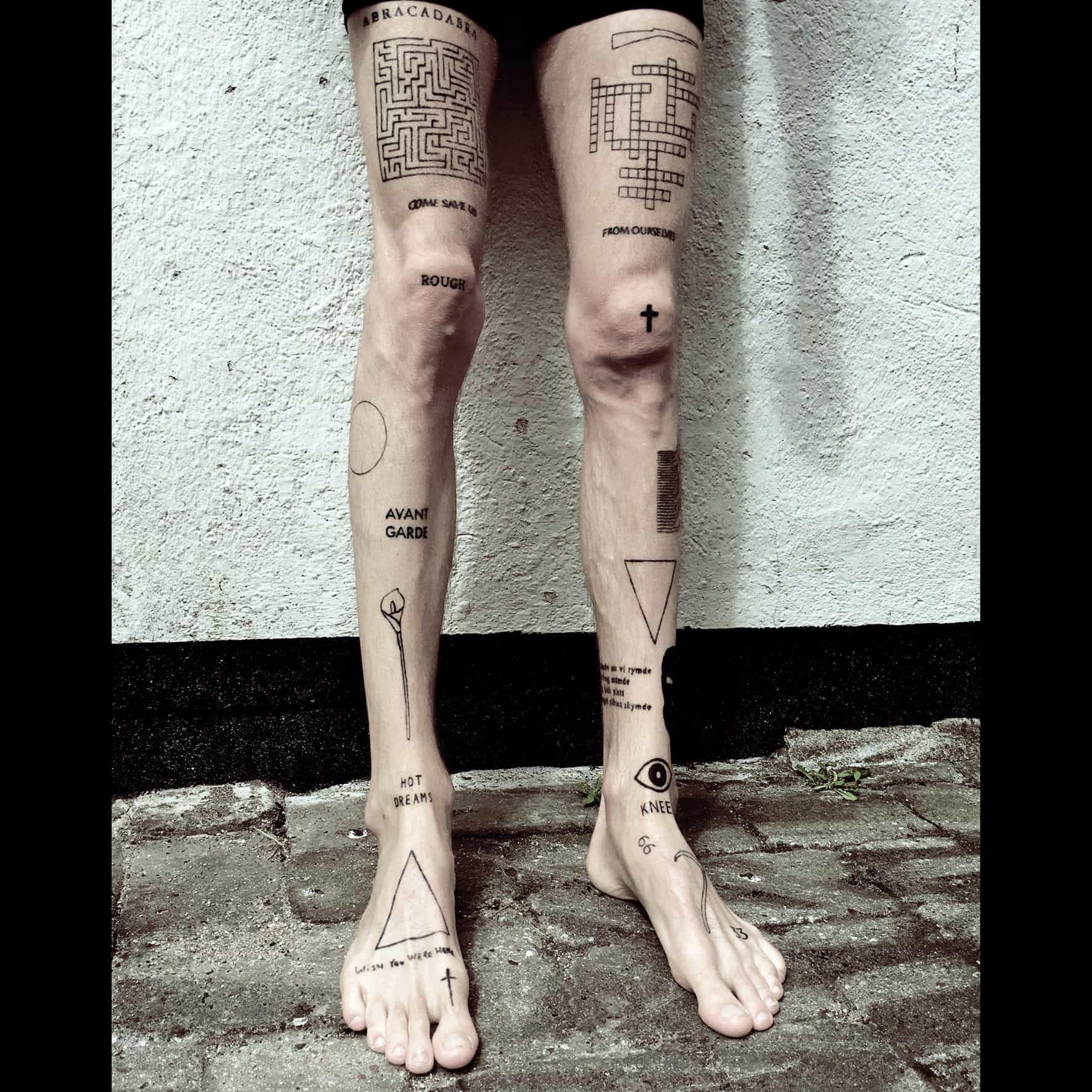 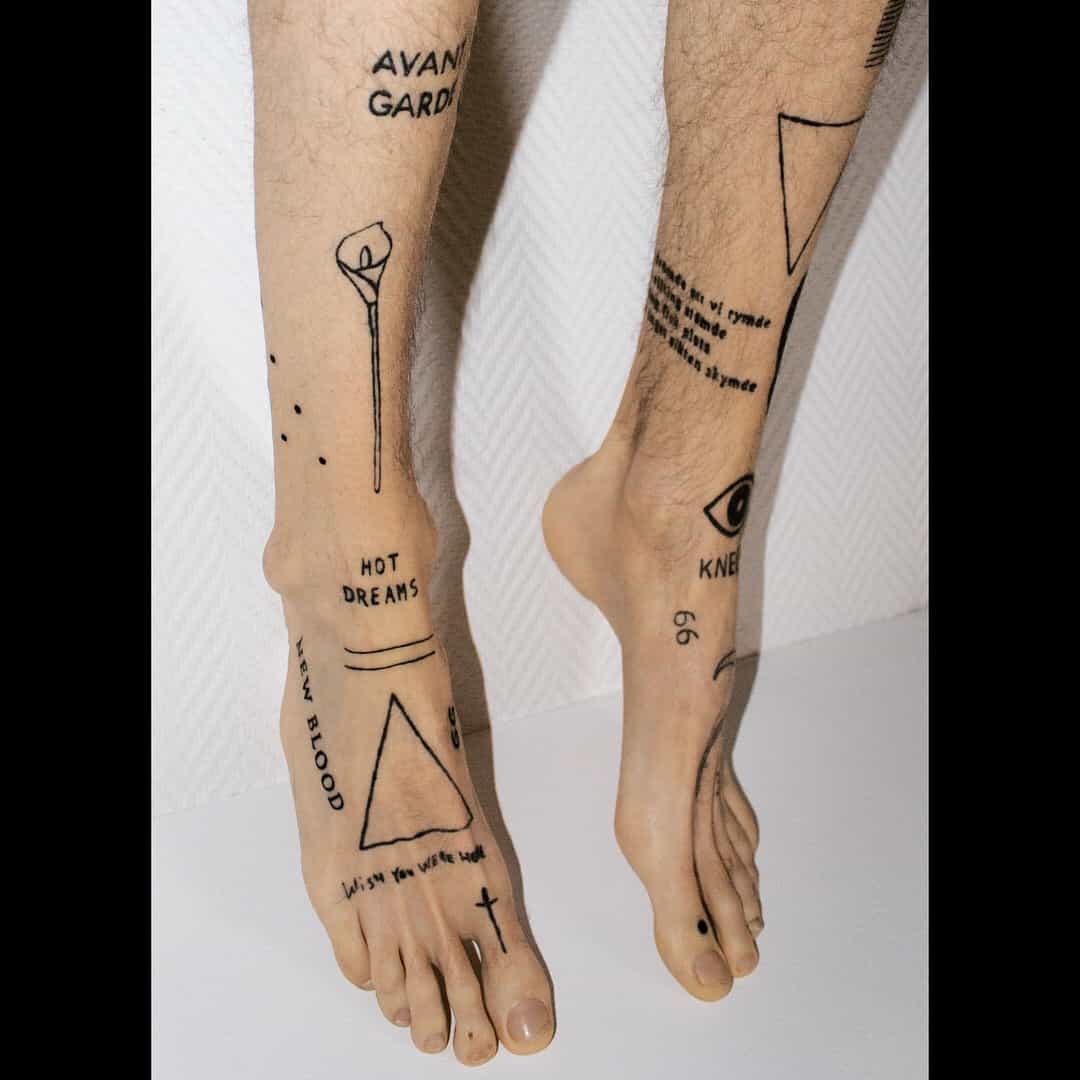 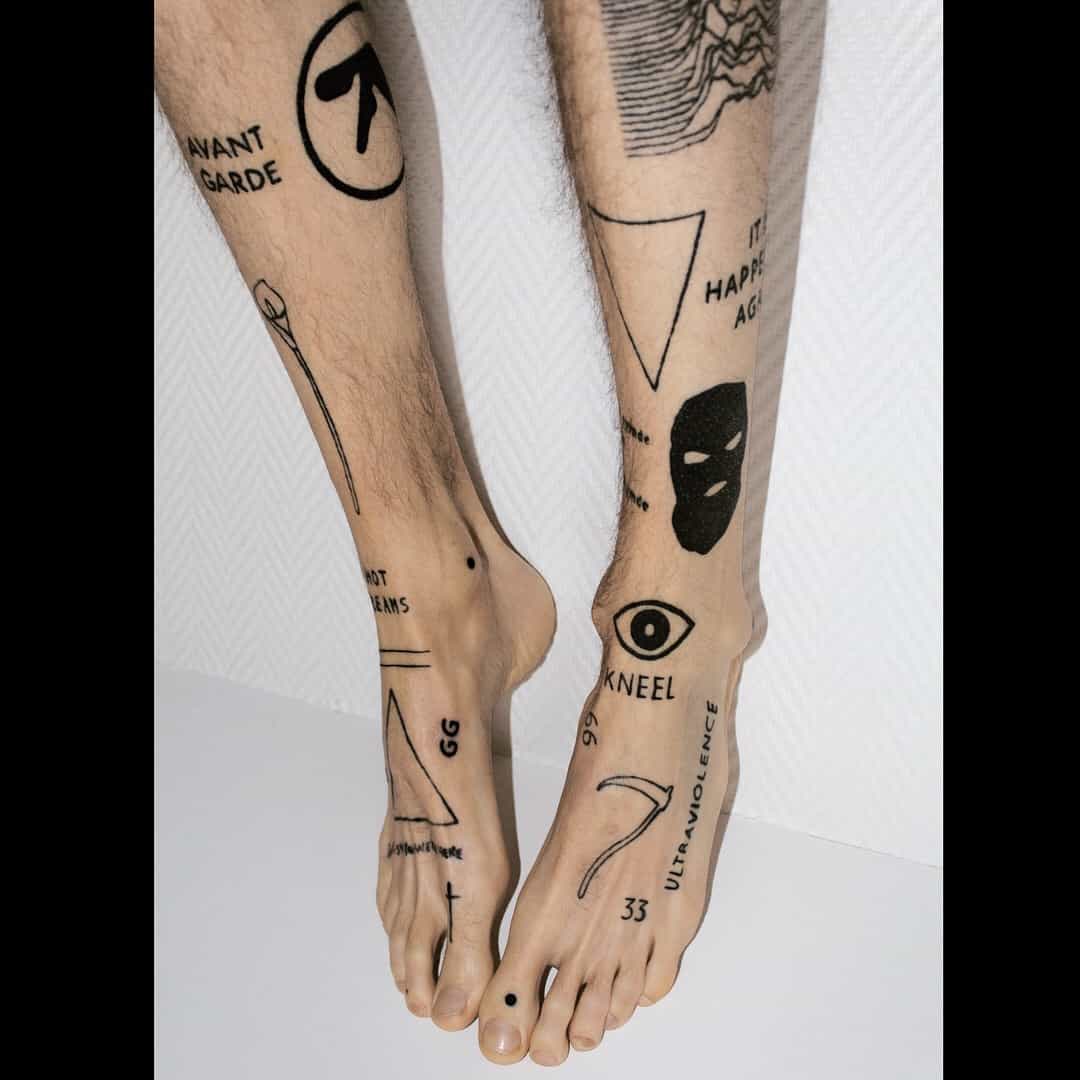 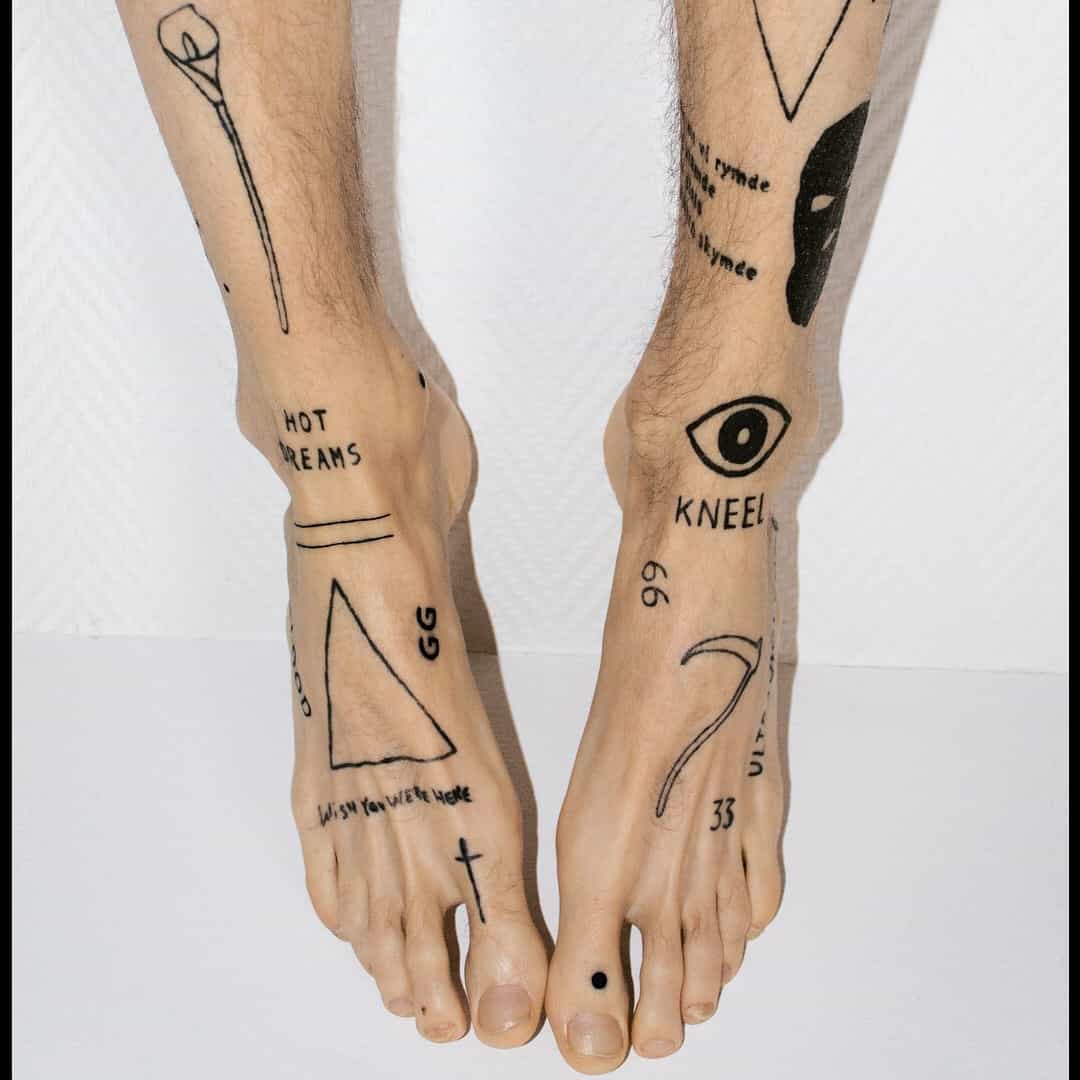 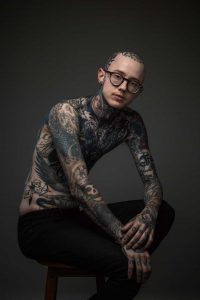 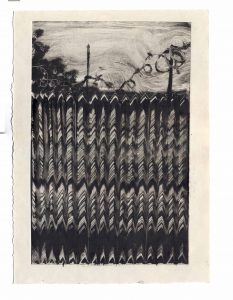 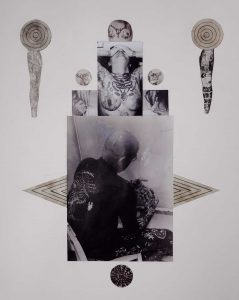